Powering through my card show pickups from this past weekend. This'll do it for the keepers, then I'll likely have a trade bait post up tomorrow. 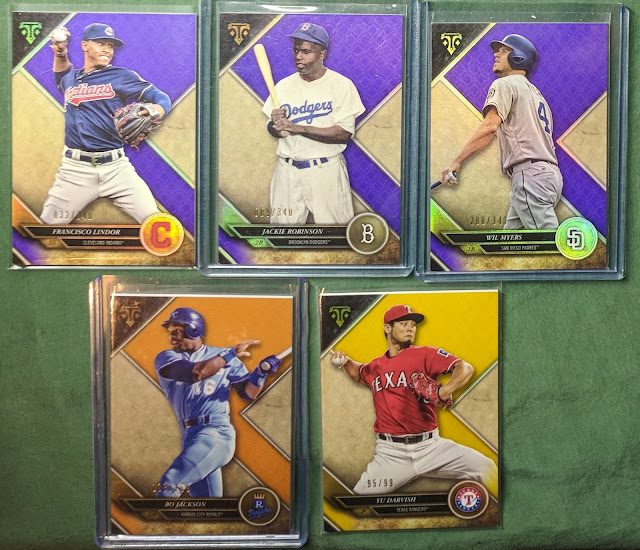 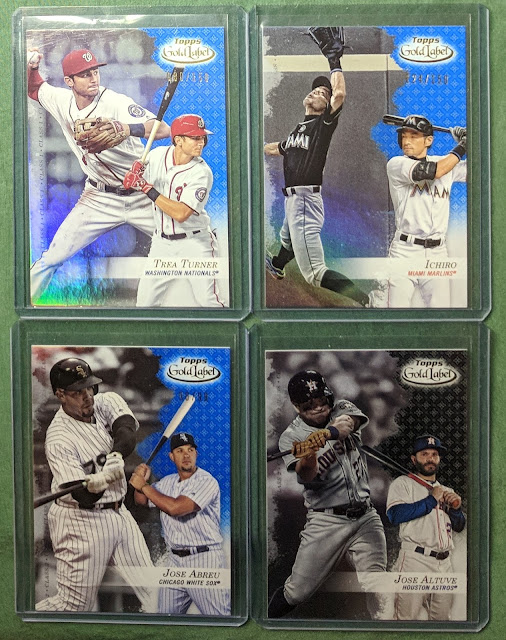 And here we've got some 2017 Gold Label parallels. 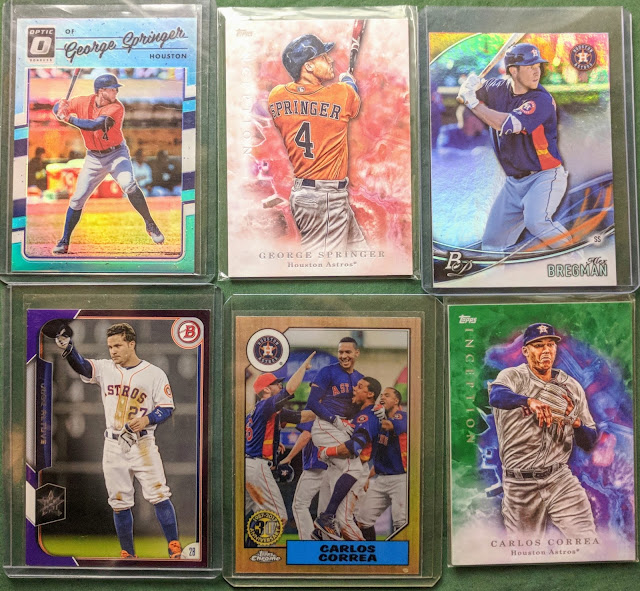 Jumped on the bandwagon with a bunch of current Astros. 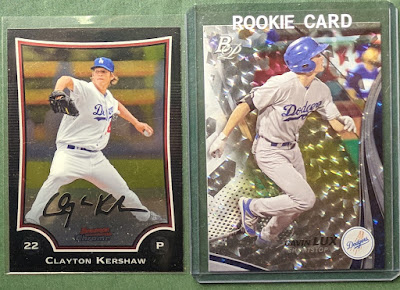 Some love for the Dodgers, too, with Clayton Kershaw and Gavin Lux. 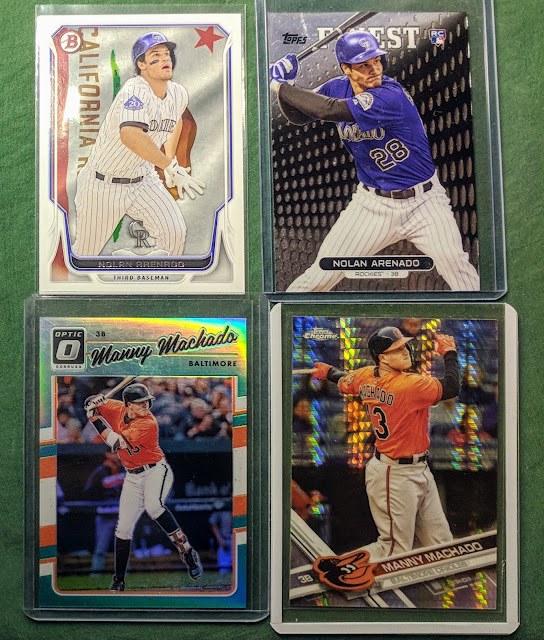 2017 Museum Collection. I grabbed several of those fake sketchcard things, but then shed them from my stack when I was getting ready to check out.. Or at least I thought I did. Somehow Rizzo and Hank slipped by and made it home with me. Checking the prices COMC now, I'm kicking myself for putting back the likes of Trout, Bryant, and Harper. Oh well, I don't really like the looks of them anyways. If it's a real sketchcard, that's one thing. I was never a big fan of old Diamond Kings either. 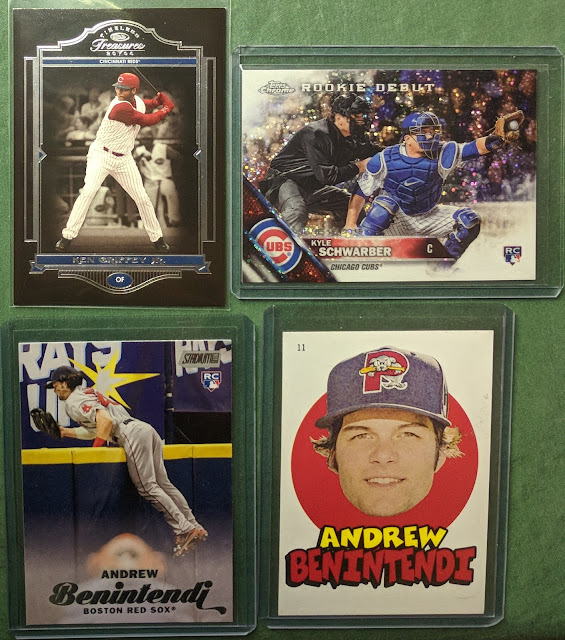 And here's the last of it. Griffey /999. I'm a little bummed that the Topps Update Chrome cards aren't sparkly this year like they were in 2015 and 2016. A pair of Benintendi cards rounds out the haul.

Thanks for checking it out. I'll get some trade bait up soon.
Posted by defgav at 3:58 PM