While I'd rather watch something like Saved By The Bell, I've got a vague familiarity with wrestling thanks to seeing stuff pop up on card blogs and Twitter. Sometimes it sneaks into my card collection, usually in the form of pretty girls. With AJ Lee, for example, I was smitten when I saw a few photos online, and went on to build a decent little PC of her cards without ever seeing her wrestle. AJ retired from action 2 or 3 years back— and not exactly on the best of terms with WWE, as is my understanding— so she hasn't been appearing in new card products. But I think I've found a new active diva to lust after: Alexa Bliss. 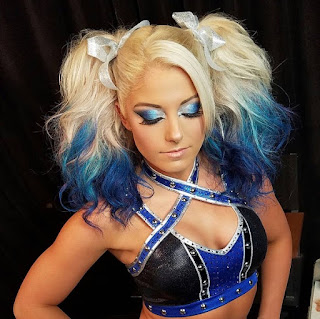 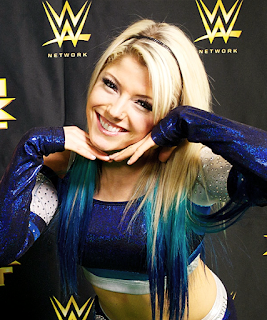 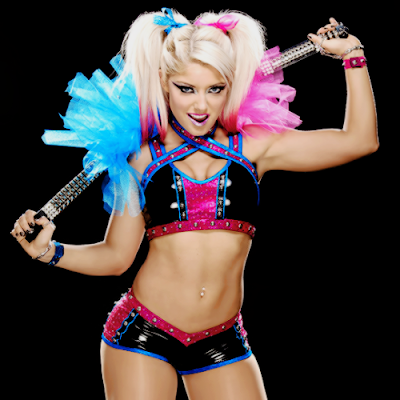 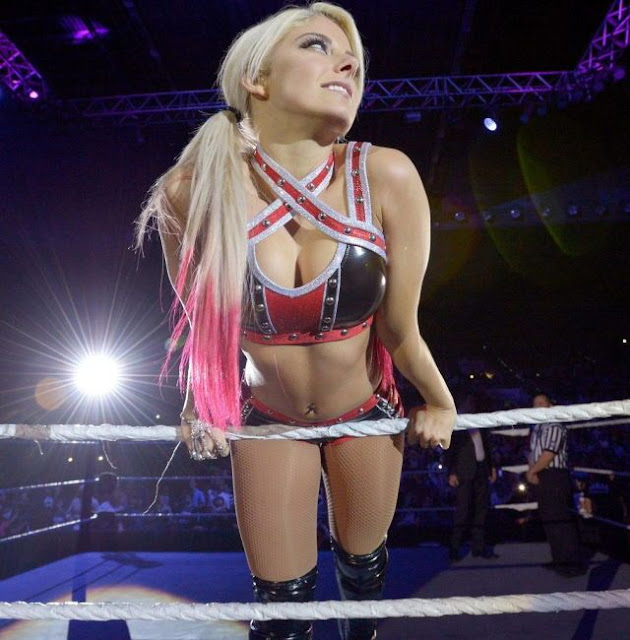 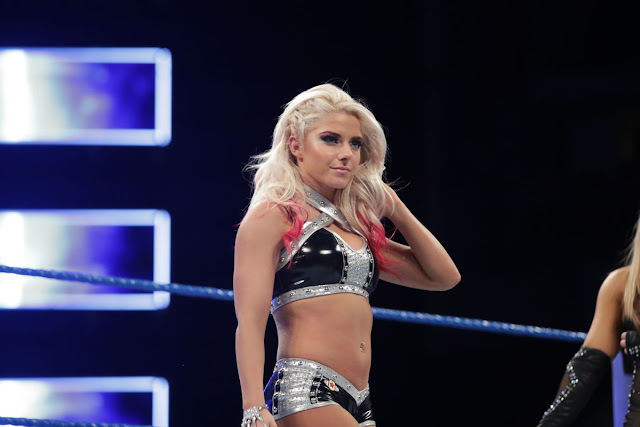 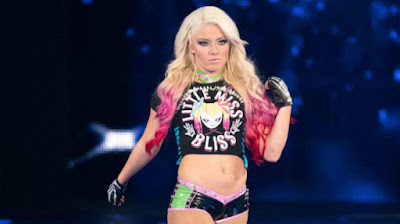 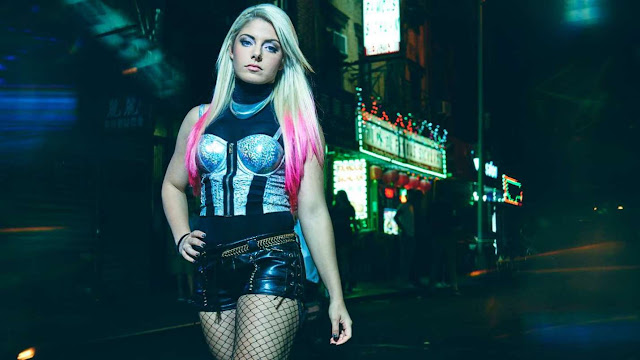 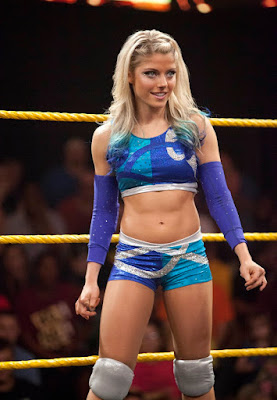 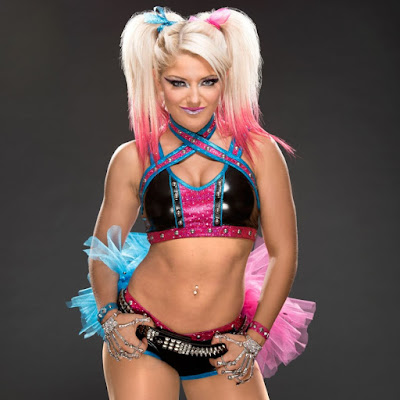 A few weeks back, I watched a little behind-the-scenes YouTube thing on her life. She was a cheerleader in high school, developed an eating disorder, and then to help battle that, went into competitive bodybuilding, which lead to pro wrestling. Seems like an impressive young woman in addition to her good looks.

With my AJ Lee collection, I had gathered a dozen or so cards before landing an auto. This time, I scoped out an auto first to kick off the PC right off the bat. 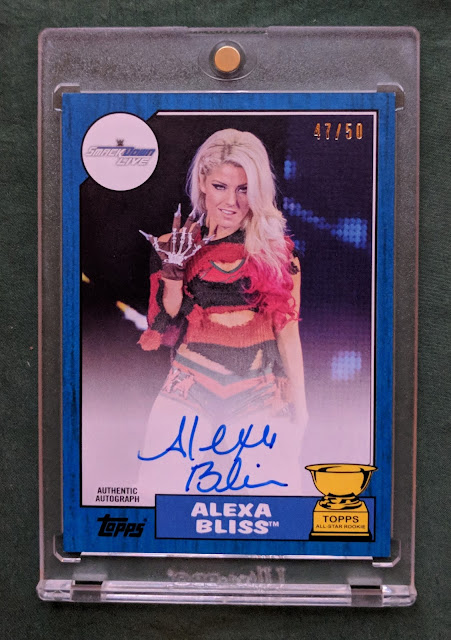 I'm really happy with this one. It's on-card (something that seems especially uncommon for WWE cards) and I love the blue border on the classic 1987 Topps design, with the unfamiliar color helping keep it fresh despite Topps' massive overuse of the ol' woodgrain design lately. And the rookie cup is a nice touch.

After landing this card, I checked out a couple of her recent wrestling clips on YouTube. Looks like her character these days is a smack-talking sassy miss thang. That's kind of a bummer. But I guess all stories need a villain. Not everyone can be a cool sweetheart who loves hugging. But I hope Alexa can morph into a good guy at some point and drop the bitch persona. But again, I don't watch wrestling, so what the fuck do I care? As long as she keeps on looking good on her cards, I'll collect them. But hopefully there are more cards with genuine smiles than smirks. 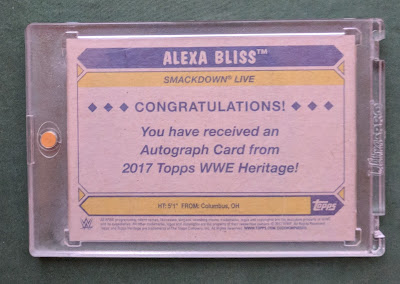 Anyways, if anyone has any Alexa Bliss cards available for trade, I'd likely be interested, so let me know. Thanks for reading and have a great Thanksgiving.
Posted by defgav at 4:06 PM