Time for another trip down memory lane. 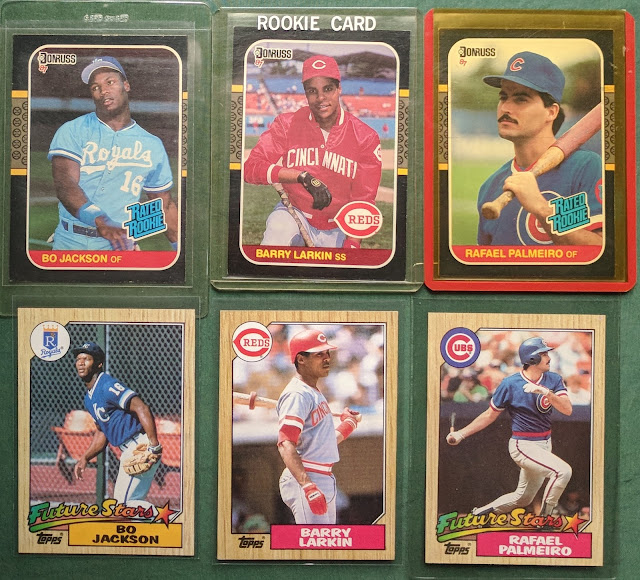 Here're some treasured cards from my childhood collection in the early 90s, three players with their '87 Donruss and Topps cards paired up. I was especially proud of the Bo cards back then. They sure were hot for a while. I never had much '87 Fleer back then, as it seemed to command a premium. Poor Rafael Palmeiro really shat away an excellent career right at the end there with the PED stuff. Funny how Barry Larkin wasn't bestowed with the fancy Rated Rookie or Future Stars logos, yet he's the only one out of them that Cooperstown came calling for when all was said and done. 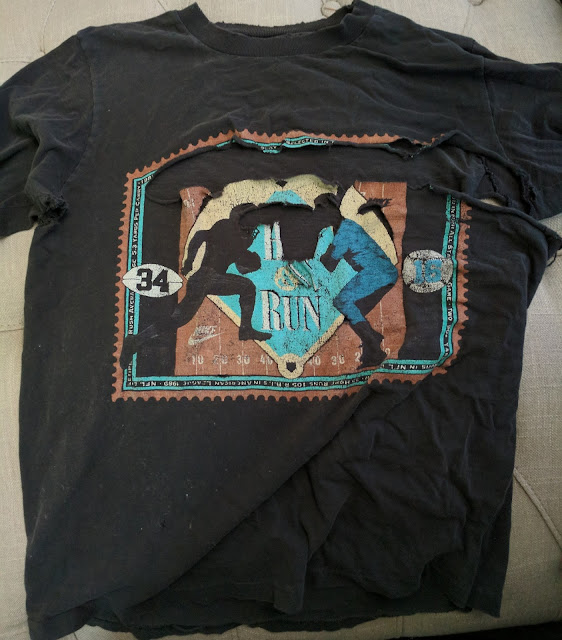 More Bo. I've featured this old Bo Jackson shirt on my blog before. (Looking it up, wow, it was just my 6th post ever, back in 2013, and it's a downer of a post for me now because it also talks about hiking in Punchbowl Falls, which was decimated by a fire started by a punk-ass teen this past summer.) I've had the shirt since middle school in the early 90s and still wore it several times a year (as a sleep shirt). Alas, that ever-expanding big ol' rip across the chest means this isn't viable as clothing anymore. Just wanted to take a last pic for posterity before it officially crosses over to being a rag for the twilight of its life. Pretty sure it holds the longevity record for anything in my wardrobe, as far as things that I wore with any regularity, at least. 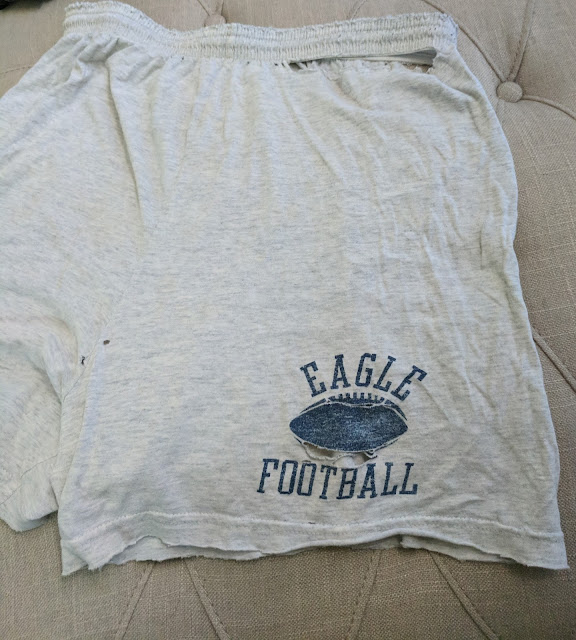 More old clothing. These shorts are from high school, circa 1994, and I still wear them (as PJ bottoms in the summertime). That rip by the elastic keeps getting bigger, but it's probably got another year or two left in it. The origins of this go back to when I briefly tried out for the Granite Hills football team. I was among the fastest sprinters on the track team, so the football coach talked me into giving football a try. I think I lasted 2 tryout practices before giving up. I just didn't have the size, endurance, and hands for it. Oh well, at least I gave it a shot, and I've gotten my money's worth out of these shorts that were mandatory for attending football practice. 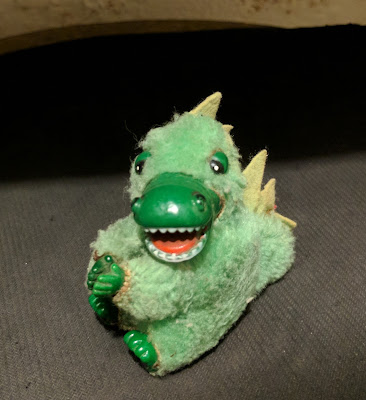 Jumping to toys, here's a little dragon clip thing. I named this guy "Googlebobber" as a kid; this was years before Google was a thing. Just a dumb little clip toy, but man, I loved that thing! 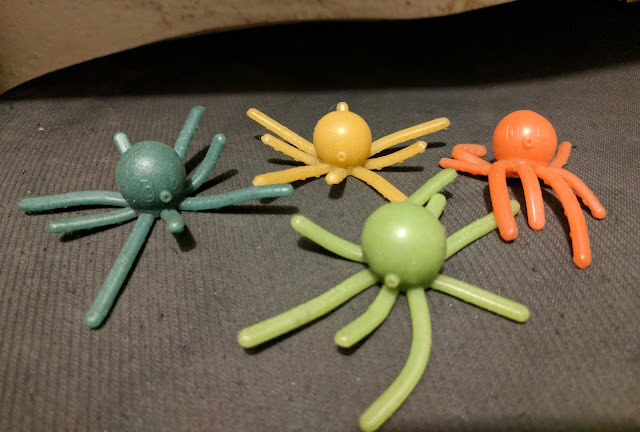 And I also really loved these Wacky Wall Walkers! I got these as prizes in cereal back in the 80s. It was like pulling a gold nugget out of the box! Just so awesome to a kid back then. For anybody who isn't familiar with these little octopus-like guys, they're made out of semi-sticky plastic, and you're supposed to throw them against a wall and marvel as they slowly crawl down to the floor.


Wait, they glow in the dark?! Even better! I had forgotten that detail over the years, but that was probably another reason I loved these things so much, since I've always been nuts for glow-in-the-dark stuff.

Let's see if they still wackily walk down walls...

Welp, not so much. Haha.

That's all for today. Thanks for swinging by.
Posted by defgav at 3:45 PM