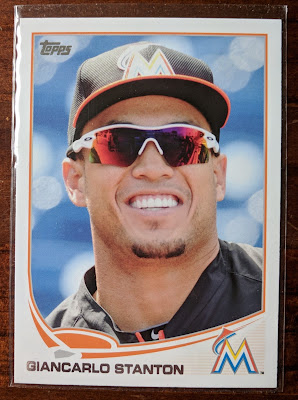 Cool 2013 "Shades" variation of the probable NL MVP. I think it gets announced Wednesday. Looks like he probably won't be back in Miami next season. 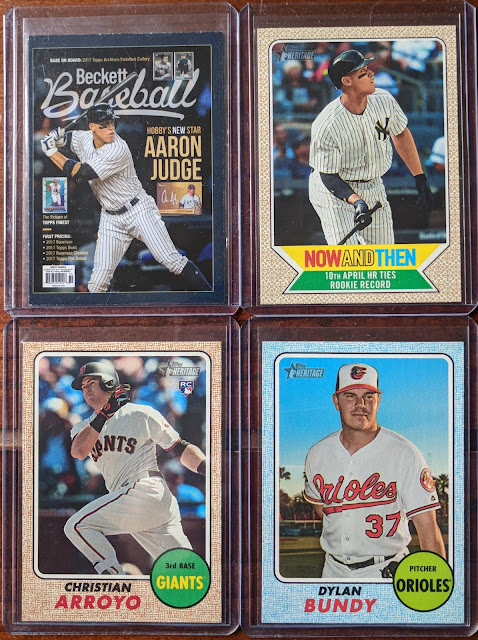 Landed a couple Judges, including the Beckett thing #'d /5000. The Christian Arroyo action variation might've been my pickup-of-the-day, at least according to COMC where the cheapest you can currently buy it is $13.45. As for the Bundy, I sure find those Blue Burlap parallels appealing.

Speaking of old designs with colored borders, I'm digging 1987 with the blue and orange swapped in for woodgrain.

A trio for my 2011 Topps parallel frankenset. Turns out I already had a diamond Trumbo RC, but I consider a liquorfractor an upgrade, so no harm there. The Frazier is $7.56 on COMC, so it would seem to be a good deal for me. 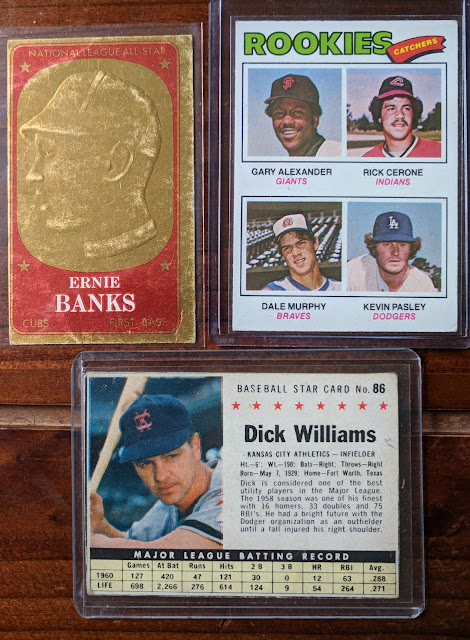 Some old stuff. I don't much care for those embossed 1965 inserts, but couldn't pass up Ernie Banks. Cool to pick up a Dale Murphy RC. Looks like he's got another opportunity for the Hall, included on the Modern Baseball Era ballot, to be voted on next month, though I'd be surprised if they vote in anybody, tragically. Personally, I'd put them all in. Steve Garvey, Tommy John, Don Mattingly, Marvin Miller, Jack Morris, Dale Murphy, Dave Parker, Ted Simmons, Luis Tiant and Alan Trammell. Put 'em all in. Anyways, I'll probably try to complete 1977 Topps one of these days, so that's a nice one to get out of the way. And the 1961 Post Cereal is a great addition to my Dick Williams PC. 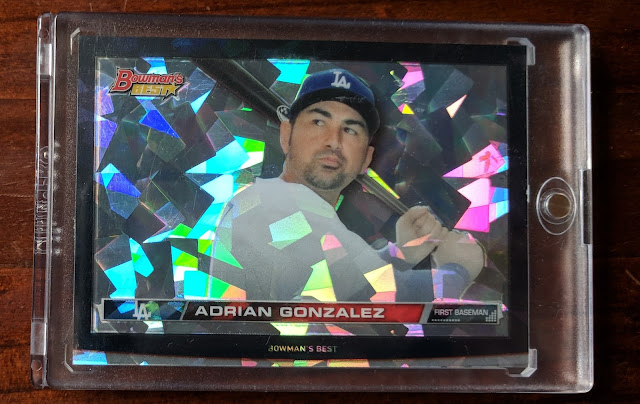 2015 Bowman's Best - Hi-Def Heritage - Atomic Refractor #HDH-AG. Not a bad looking card, and a dude I collect(ed), but really I just snagged this one for the one-touch case. lol 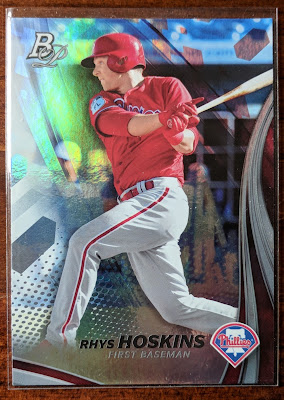 Hot rookie Rhys Hoskins. So I got a Rhys and a couple Judges, but didn't come across any Bellingers, for those scoring at home. 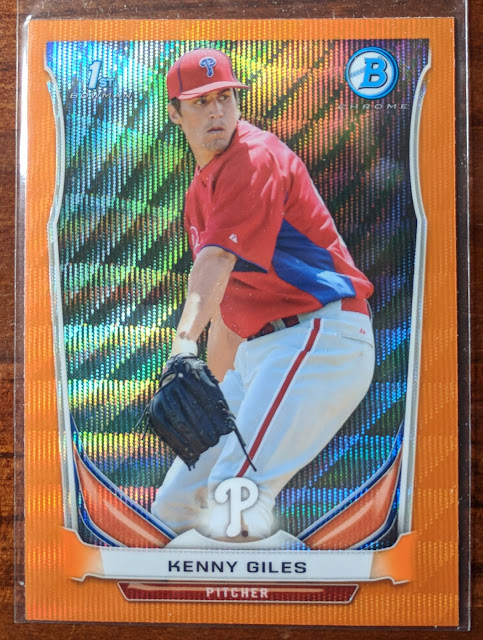 Man, I love wave refractors. There were several in the bins, many of which I initially added to my stack but ultimately ended up taking out as I tried to get my stack down to a reasonable total, but I held on to this Kenny Giles. He sucked in the postseason, but his Astros pulled it off despite his 27.00 World Series ERA. Nice looking card, and a good deal according to COMC where it's listed at over $6.

That's all for today. I'll have some more to show off later this coming week, with probably some trade bait too. Thanks for reading and Happy Veterans Day!
Posted by defgav at 2:54 PM