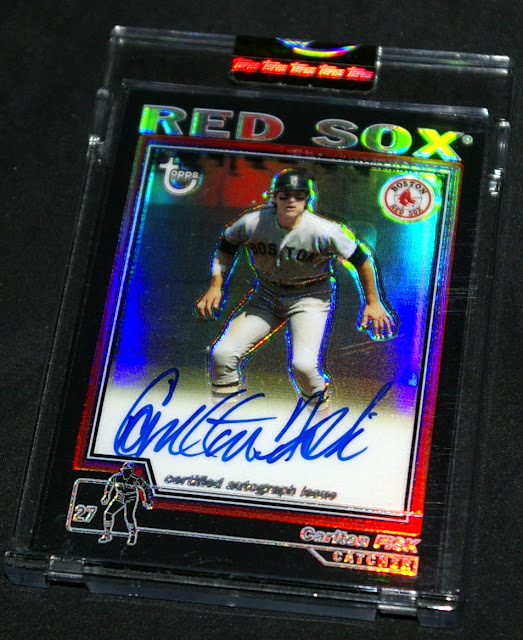 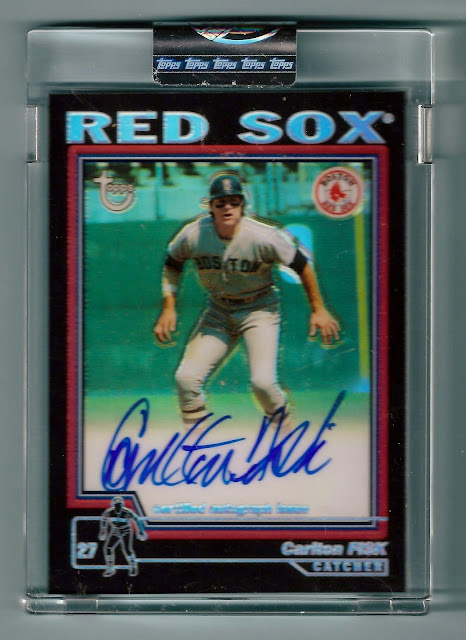 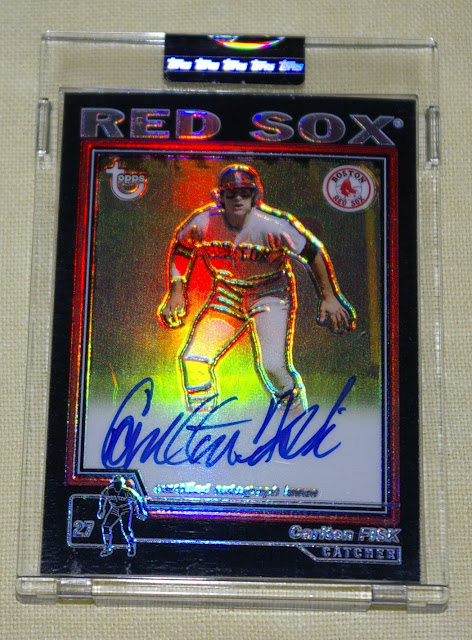 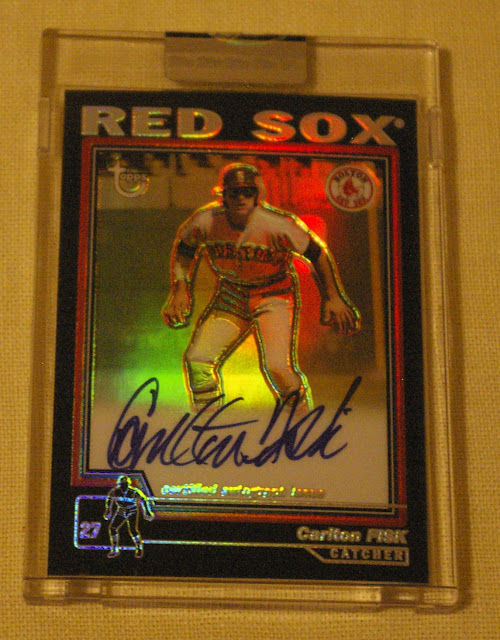 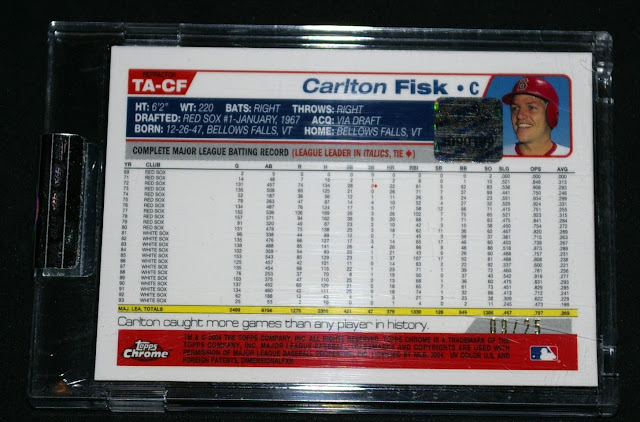 Carlton Fisk was a badass. An ironman behind the plate, with his career spanning four decades (hey, those 2 games in 1969 count). He's also got a lot of cool cardboard out there (and some less cool). This "on the basepaths" photo is a bit outside the box for him, but it's a great looking card nonetheless.

Despite some negative stuff about him (the DUI a few years back, the hardassedness, and worst of all, declining the chance to be on The Simpsons and his part going to Mike Scioscia), he's still a fun dude to collect.

I'm now at 41/76 in my quest to complete 2004 Topps Retired Signature Edition autograph refractors. If I had to prioritize my collecting goals, this would be the grandaddy of them all. My legacy! I saw this Fisk pop up on eBay last week as a Buy It Now and I think I had completed my purchase before I even finished taking a breath.
Posted by defgav at 3:48 PM