Here are 3 more cards I've picked up in recent months. These all happen to be 2005 Topps Retired refractor autos. 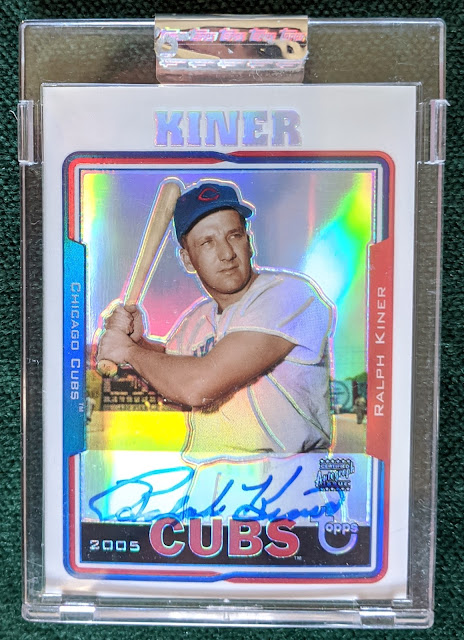 Ralph Kiner is best known for his tenure on the Pirates, so a Cubs auto is a bit off the beaten path. Looks great. 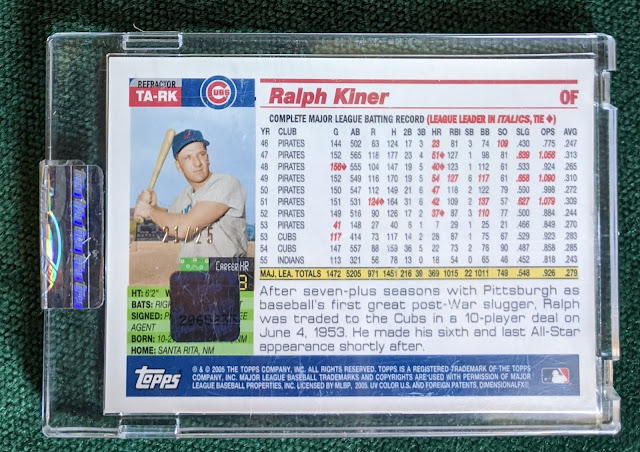 He only played for a decade, but had quite the impressive peak, leading the league in homers his first 7 years. Took a while, but eventually got voted into the Hall by the BBWAA in 1975. 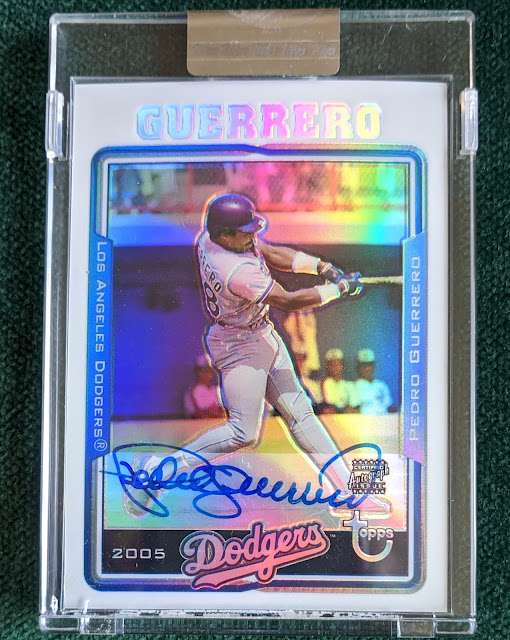 Gotta love this Pedro Guerrero! The 1981 World Series co-MVP has had some health scares in recent years, but thankfully seems to be doing better these days. 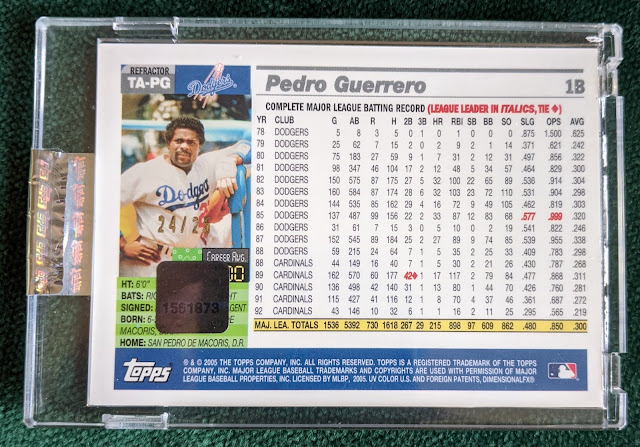 That lifetime .300 batting average is satisfying. His rough final season nearly dropped it below the big three-oh-oh, but he hung 'em up just in time. 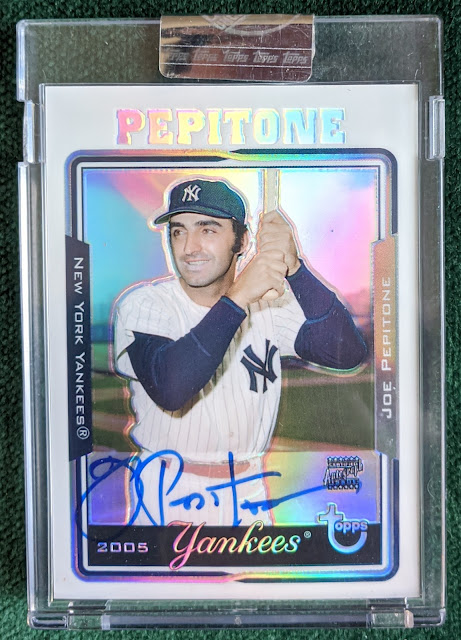 Here's smilin' Joe Pepitone to close us out for the day. Fun name, colorful character.. he's semi-star from the past that I semi-collect. I eventually pulled the trigger on this card that had been loitering on eBay for a while. 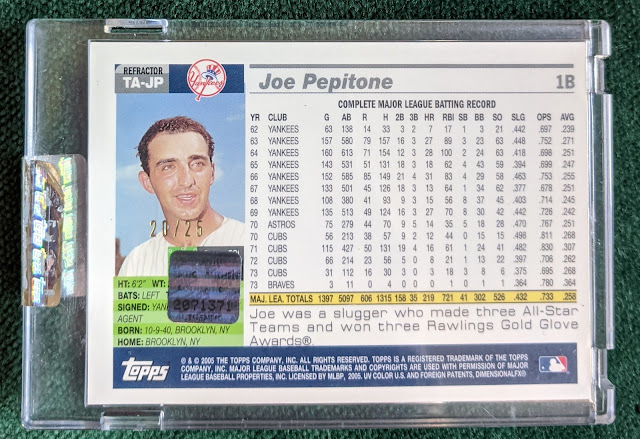 No red stats on the back of Joe's card, but as the blurb mentions, he was a 3-time All-Star and 3-time Gold Glove winner. Not too shabby for the Brooklyn native. 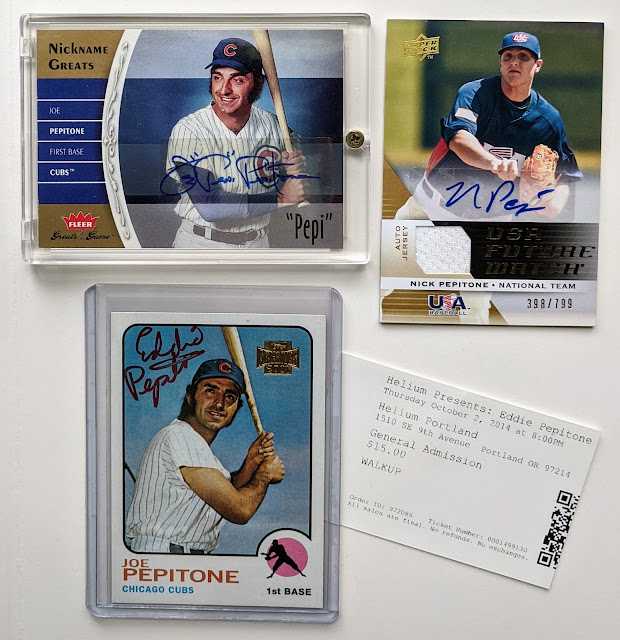 My Pepi & The Pepitones minicollection is looking good, including autographs from 3 different people with that last name. (No relation?) The bottom card was signed in-person by comedian Eddie Pepitone after a stand-up show of his that my wife and I attended. I felt like a goober asking, but he was totally cool about it and humored my quirky request.

Apart from a book signed by author Lena Pepitone, there don't seem to be any other Pepitones out there for me to track down, as far as celebrity/athlete autographs.. but you never know. I'll keep an eye out. 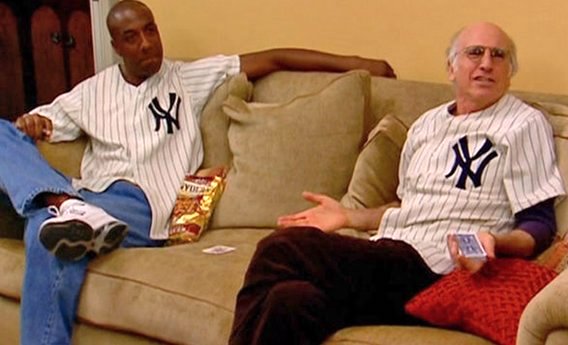 I have Curb Your Enthusiasm to thank for my interest in all things Pepitone. Just finished watching the latest season last night. And I re-watched the earlier seasons over the previous few months. (It's available to stream on HBO and Amazon Prime.) Great show, though sometimes uncomfortable to watch Larry's ill-advised choices.. but usually ends up being pretty funny.

Thanks for swinging by my blog.
Posted by defgav at 3:30 PM