Here's what should be the final post in a Gypsy Queen themed trilogy. I recently posted a bunch of NY(x2), LAD, and Arizona trade bait I'm itching to dump (still a ton available). But now this post features the cards I got from the group break that I plan to keep around. 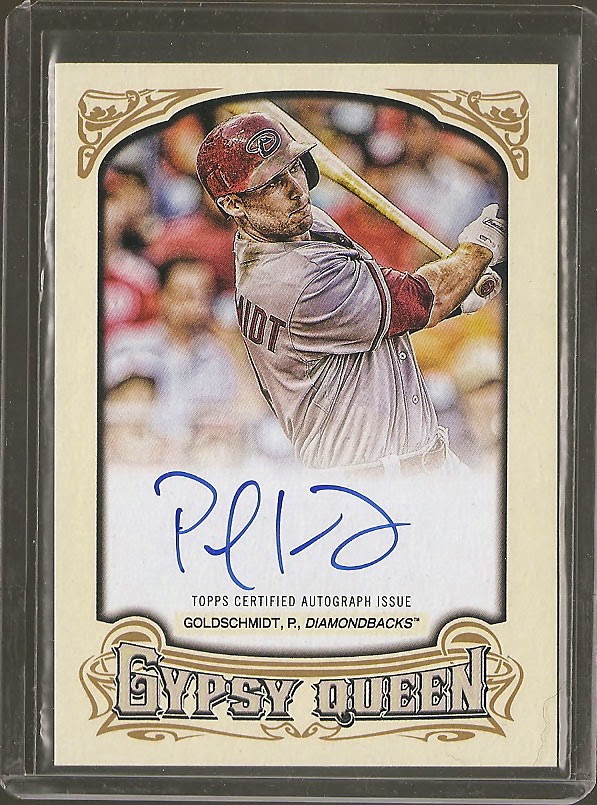 When I found out one of my random teams was the Diamondbacks, my first thought was, "Welp, maybe I'll get a Goldschmidt auto." So I was pretty stoked watching the video stream when Judson pulled this one. I don't really collect him, but he's pretty good and I've been wanting to get a decent card of his into my collection. Done and done. 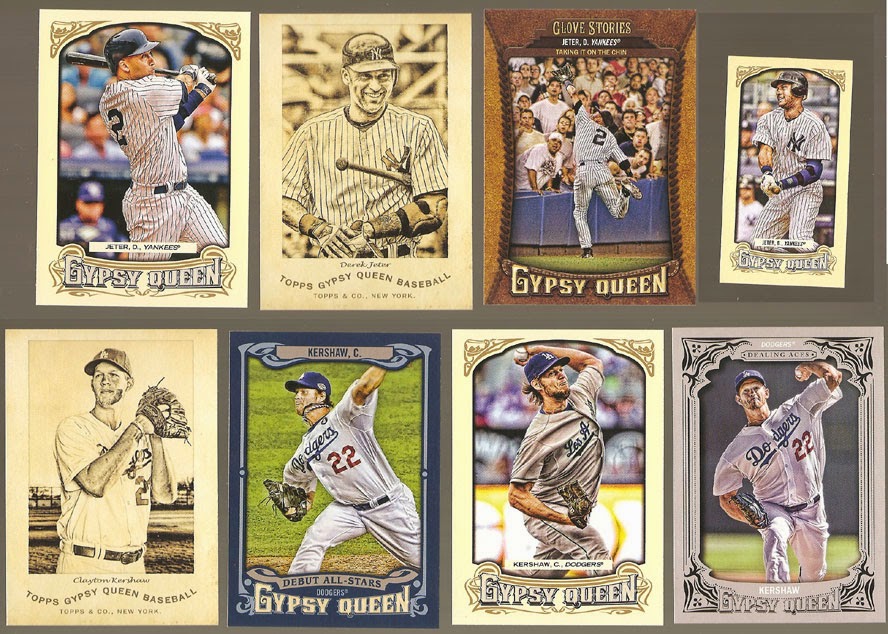 Jeter and Kershaw: a couple current legends that theretofore weren't well-represented in my collection.

A couple former Padre greats. I feel like a bad Padres fan for passing over buying their slot in the break. Then, when the opportunity to trade random teams presented itself, I balked at trading away the Mets to get San Diego. It was a tough decision, but I figured the Mets were a better bet for hits and trade bait. If a Gwynn printing plate was pulled, or something along those lines, I would have been crestfallen for sure. Turns out, neither the Mets nor the Padres had any real hits in the break, so didn't end up being a big deal. 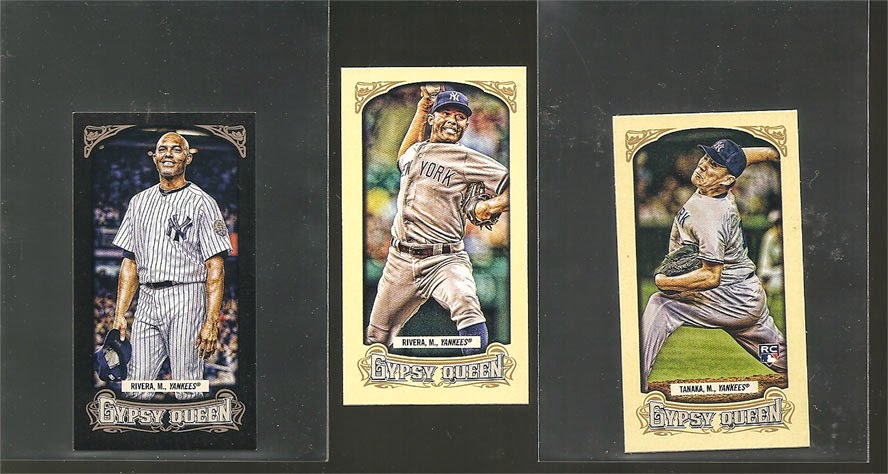 Here're some cool Yankee minis. The black border Mariano Rivera is #'d 80/199. The lights by his head makes him look like he has Yoda ears. The Tanaka RC is a pretty hot card. Who knows, maybe he'll be the first Japanese pitching import to put together a HOF MLB career. 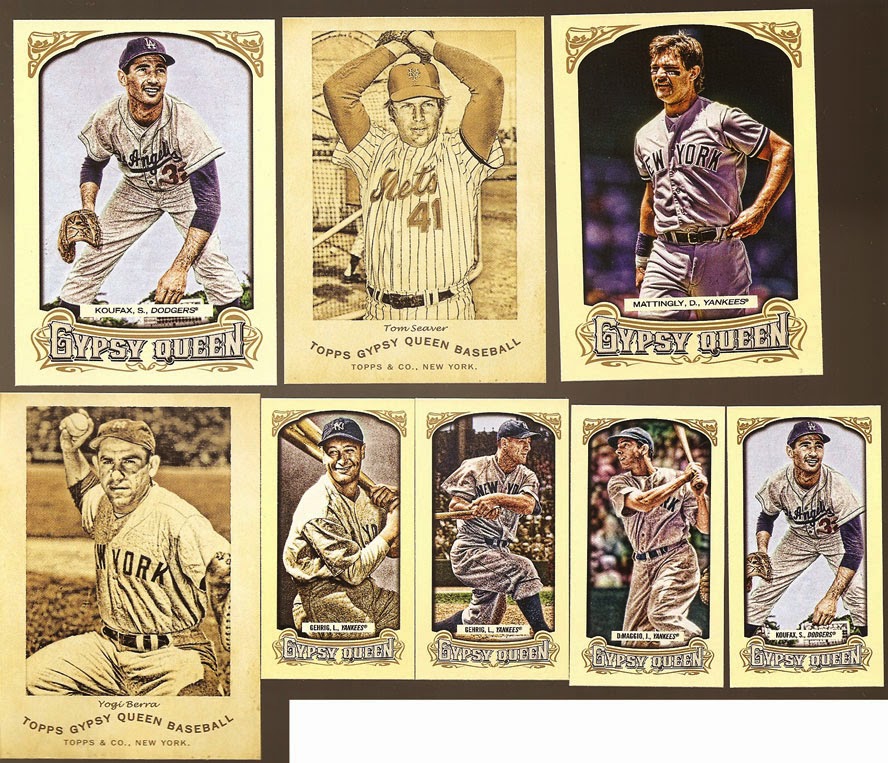 Here are some cool old-timers, including a Gehrig & variation. 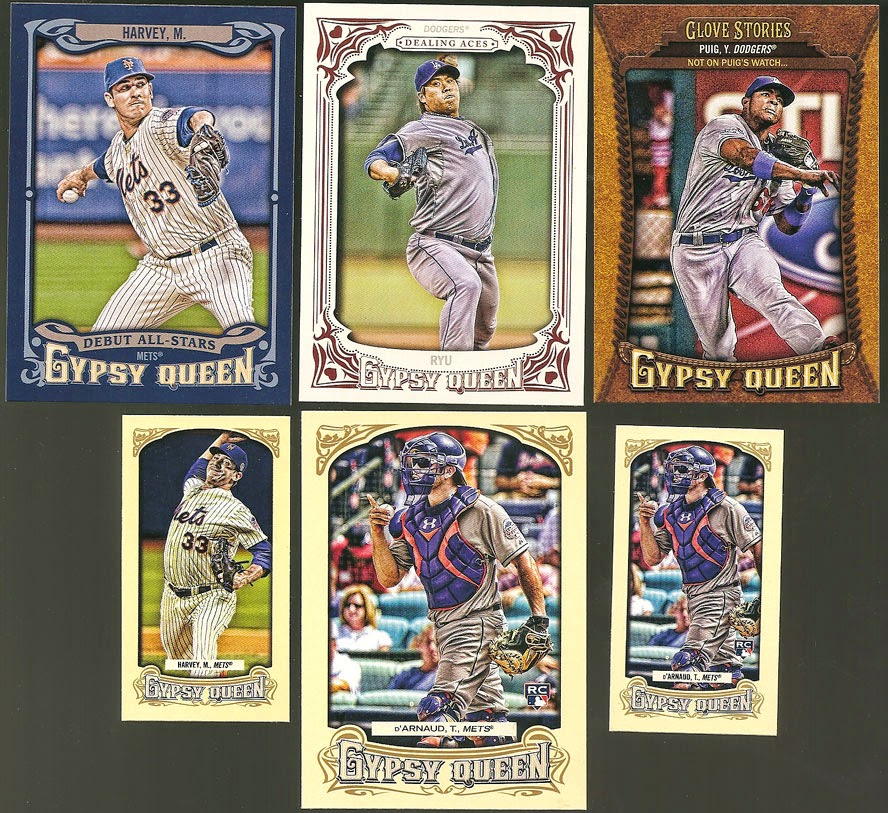 And here are some younger dudes.

I think that's it. Thanks for reading and Happy Easter.
Posted by defgav at 10:24 AM