Scribble Showcase is not impressed

Sometimes I just want to show off some autos from my collection without a specific theme or anything. This is a feature called Scribble Showcase. 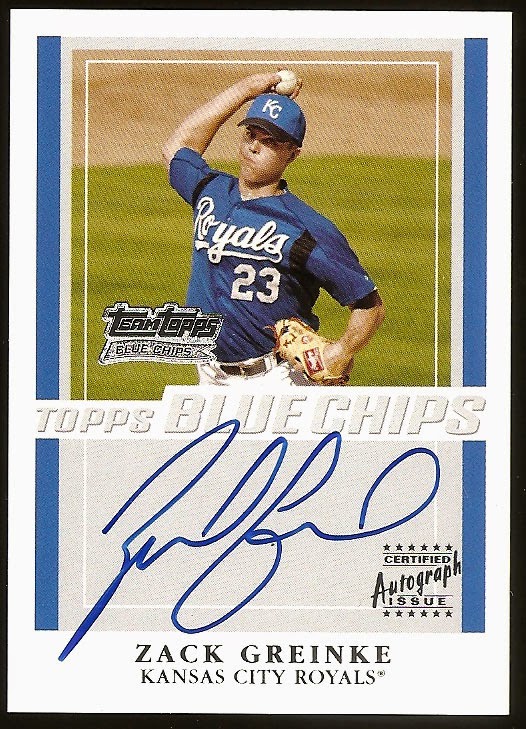 This was an impulse buy during a time I wasn't shy about occasionally throwing a few bucks towards a random autos (as are most of these in this post, actually). Greinke is a pretty decent pitcher.. a nice, big on-card auto for a decent price. Came with one of those cool magnetic hardcases, too (not pictured). Note Zack's "McKayla Maroney is not impressed" face. 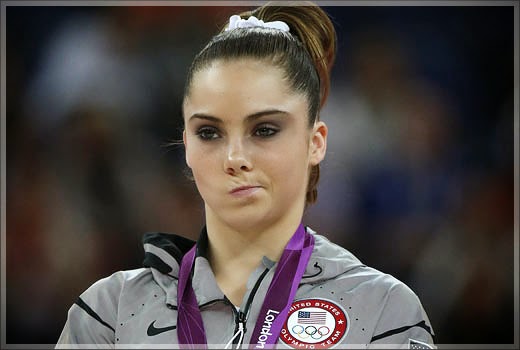 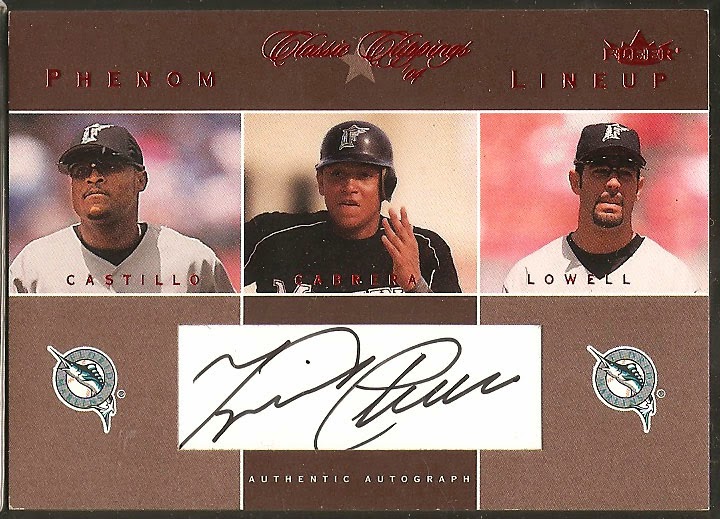 I've been trying to get a moderate Miguel Cabrera PC going. I picked up this auto, then a while later picked up a different one I liked better. Bottom line, this card is available for trade if you've got a comparable auto to offer of somebody I like. 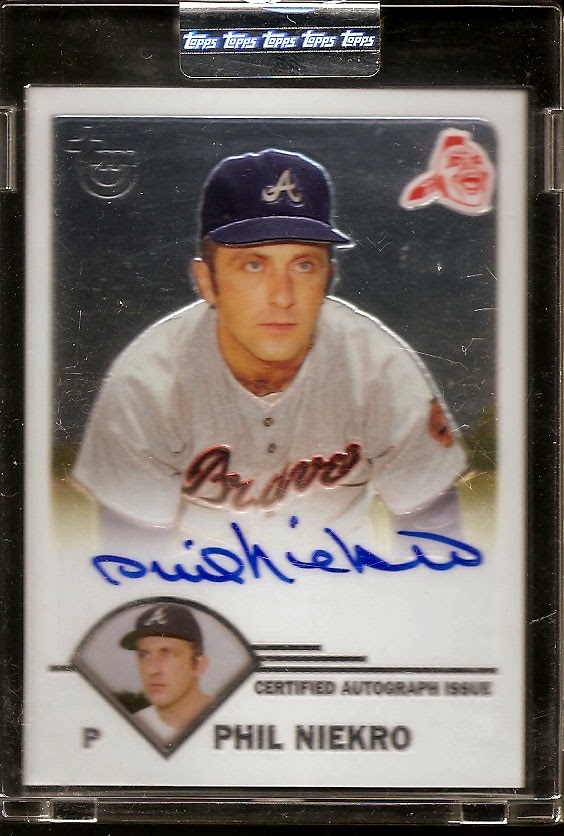 Hey, here's another one that came with a hardcase.. an uncirculated one, at that.. which just means it has a special hologram sticker on it. Gotta love Phil Niekro. I was happy to add this card to my collection a while back. Not the most exciting card (I hate when cards have a posed shot as the main picture.. then another posed headshot in the corner.. Limit of one posed photo per side, please! At least he's looking in different directions, I suppose.).. but Niekro is one of the greats.. And now I've got his autograph! 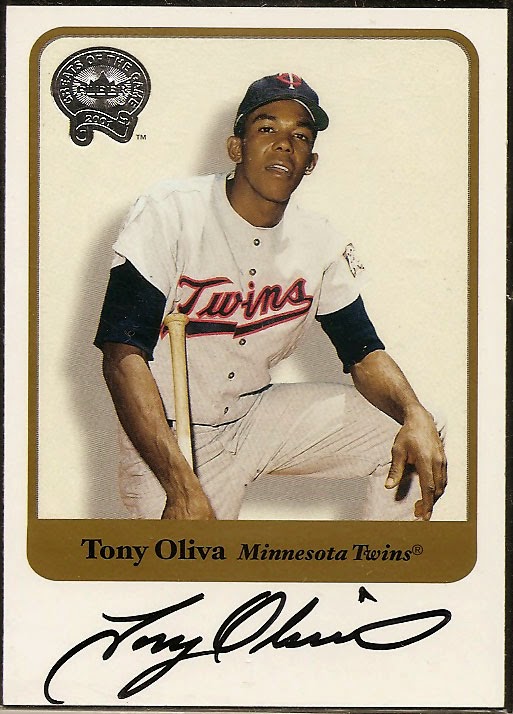 This was one of those situations where a seller had a bunch of cool stuff ending around the same time, and so I set a few sniping bids, hoping/expecting to get a few wins and combine shipping. But of course I lost every auction except this one.. so saving on postage became a joke and I ended up with a card I didn't really want that much individually. Because of the unfortunate backstory, this card makes me sad and so is also available for trade for a comparable auto of somebody else I like. (I've already got a nice Tony Oliva auto in my 2004 Topps Retired set I'm working on.) 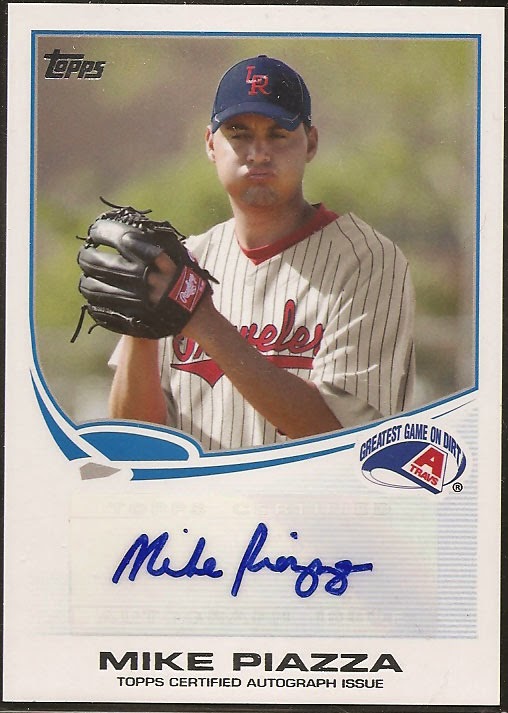 Check out my Mike Piazza auto! Oh wait-- why does he look different than I remember him? And why does he appear to be making a farting noise with his mouth? Ok, this is Mike's 27 year-old minor leaguer cousin with the same name.. last seen in AA in the Angel's chain last year (did ok, with a 6-2 record and 3.15 ERA). Not sure what 2014 has in store for him. Hopefully he sticks around in the game and gets a card that doesn't depict him making a blowfish impression. Or maybe the guy just has naturally puffy cheeks, in which case, I apologize for making fun of his appearance.

Well, there were some random scribbles. As far as signatures go, these guys all did a decent job. Cabrera and Greinke aren't really legible, but at least you can tell they spent a solid couple seconds on it.. not just essentially an "X" like many of today's players. Again, the Cabrera and Tony Oliva are available if you've got something good that fits in with my wantlist (and I guess the other 3 cards aren't exactly off the table either, though I'm not really looking to trade them).

I got (am about to get) another sweet auto I'll show off in a day or two, but FedEx is making me work for it.
Posted by defgav at 4:26 PM