Hey, it's Nate Colbert's birthday! Happy 68th, big guy! A couple of you might remember how a while back I pondered the idea of supercollecting Nate Colbert (The "Supercollector" Conundrum)? Well, over these past few months I have indeed built up a respectable PC of the Padres' All-Time Home Run King. It's not going to floor anybody in its current state, but it's coming along nicely and I feel good about it. I'd estimate I've got about 90% of his "readily available" cards out there, plus a small array of relatively obscure stuff. Sure, it feels kinda like cheating, supercollecting a guy whose career missed the junk wax era and the subsequent parallel madness we're in now. And he rarely gets included in modern "old-timers" sets. But there are enough fun oddities to hunt down and keep me busy, yet not overwhelm me (I'm easily overwhelmed!)

I'm just going to go ahead and post the cards in my collection here without much commentary (fronts only), then a ways down the road when I have more time, I'll break down each card more in depth and probably get around to scanning the backs. (I wasn't planning on getting this posted quite yet, but figured I'd rush it out before the day was up to celebrate his birthday.) 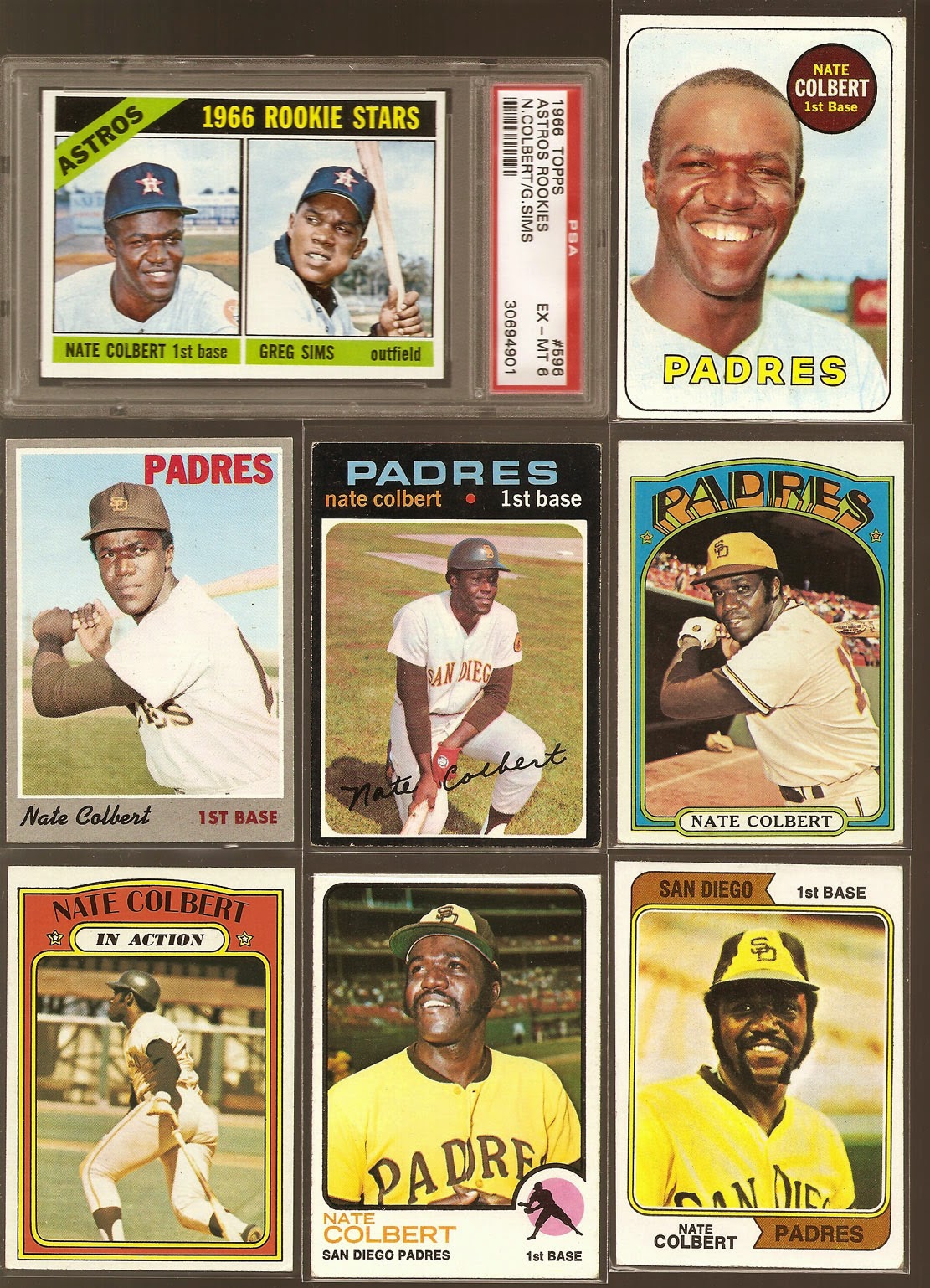 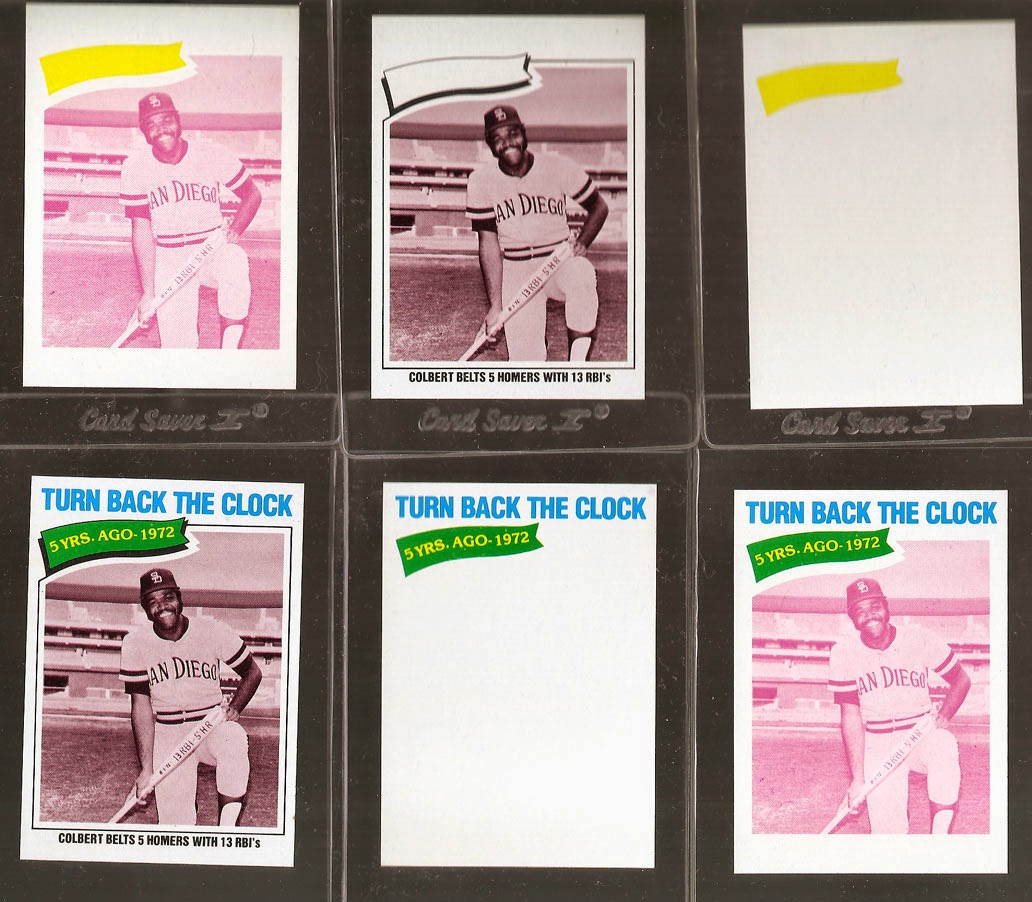 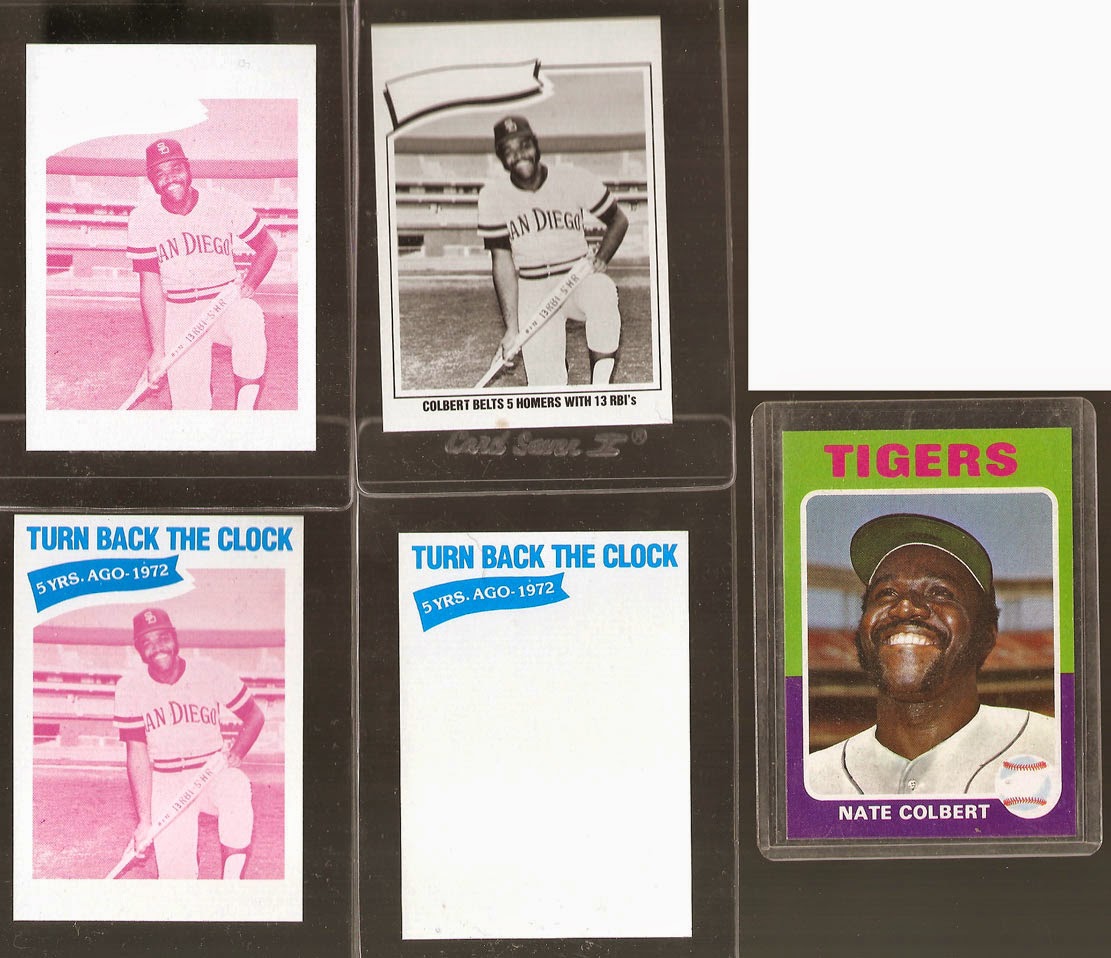 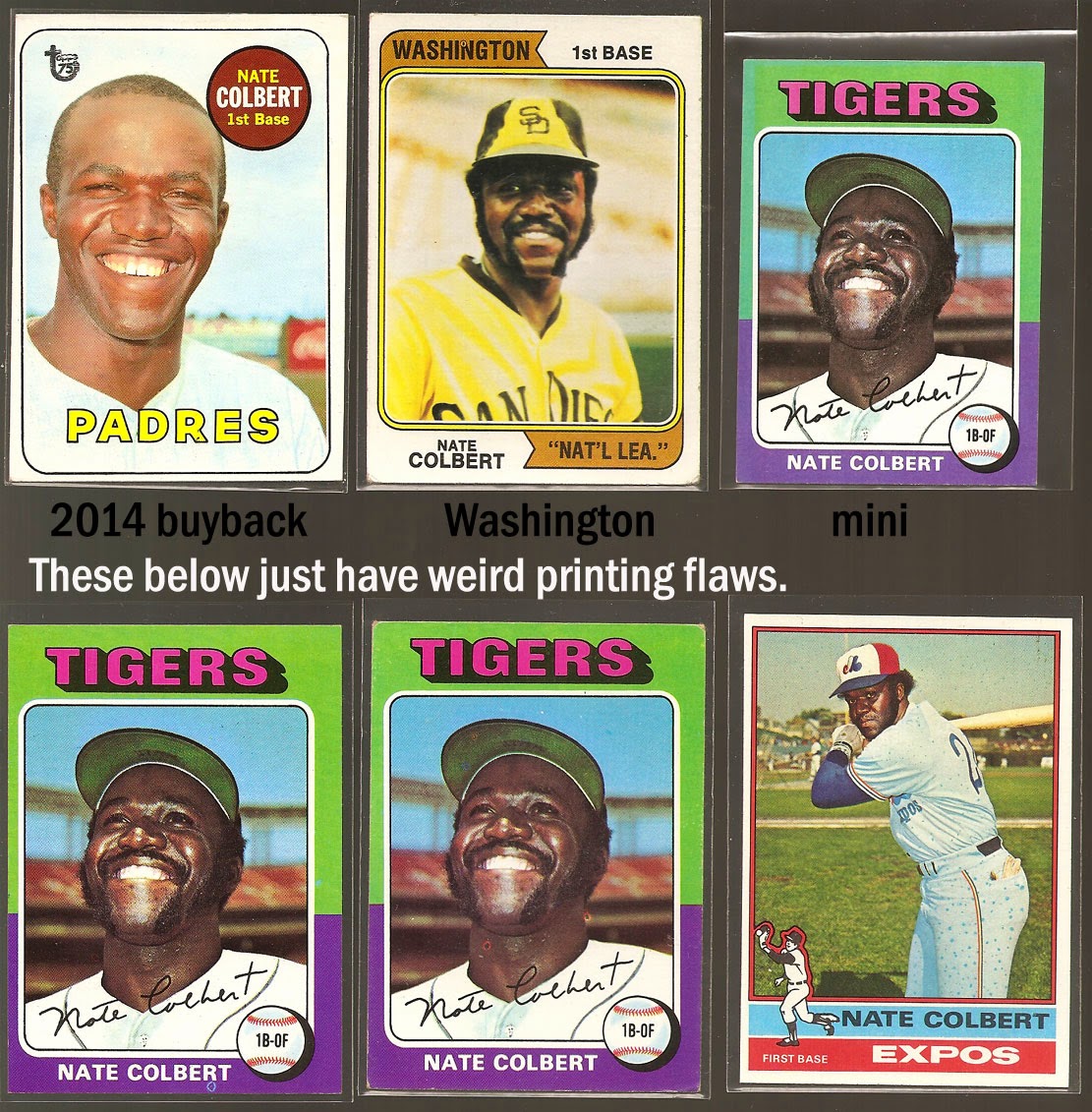 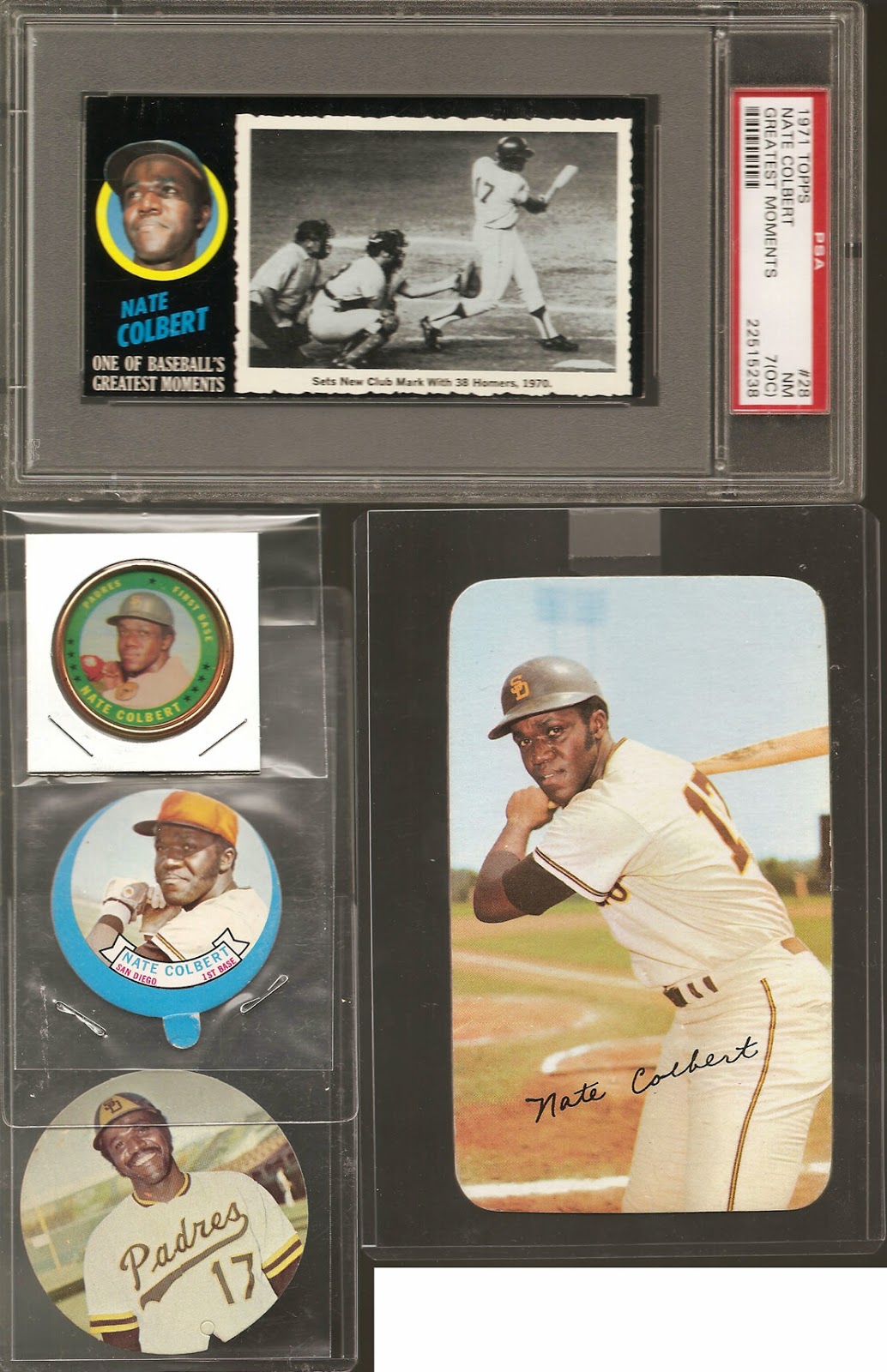 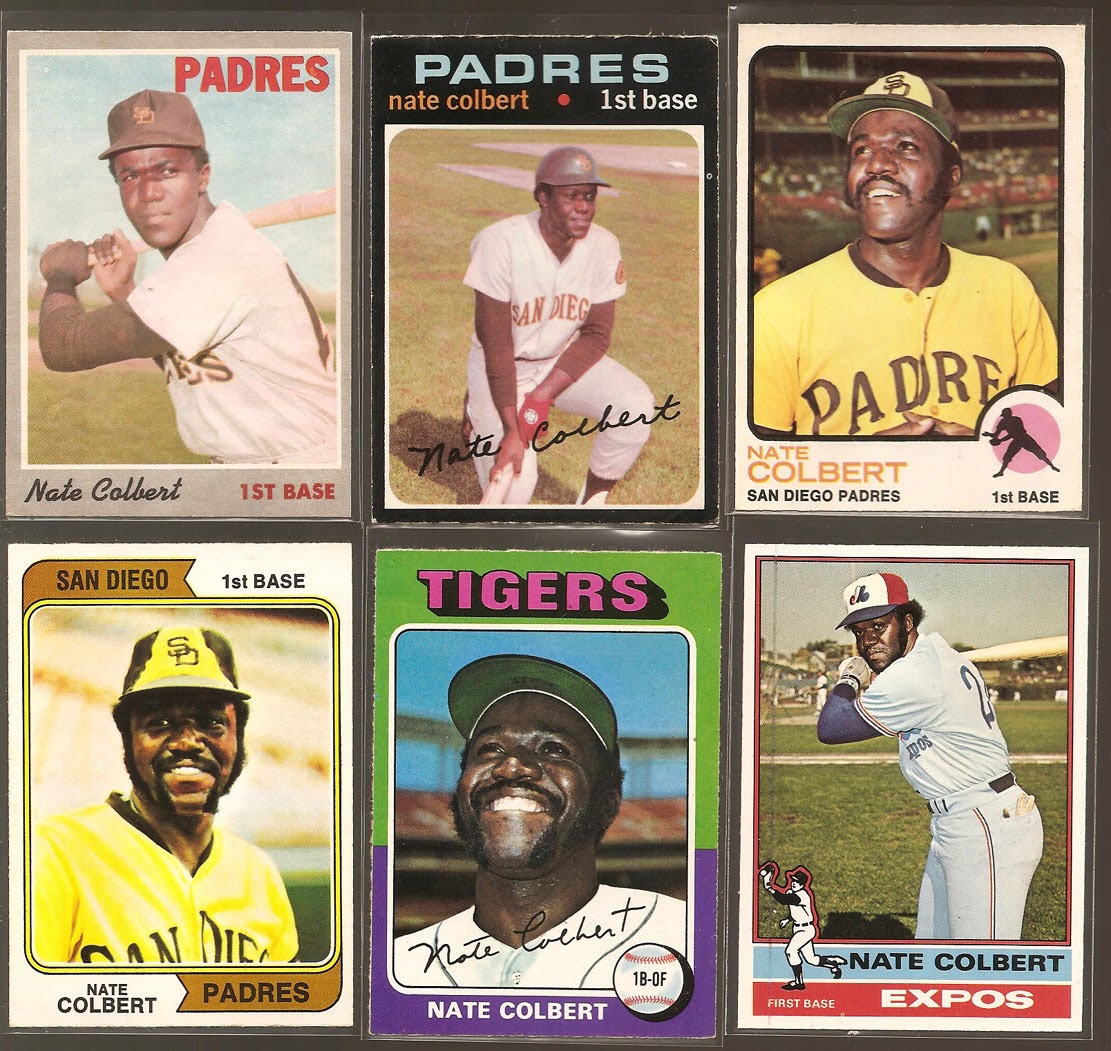 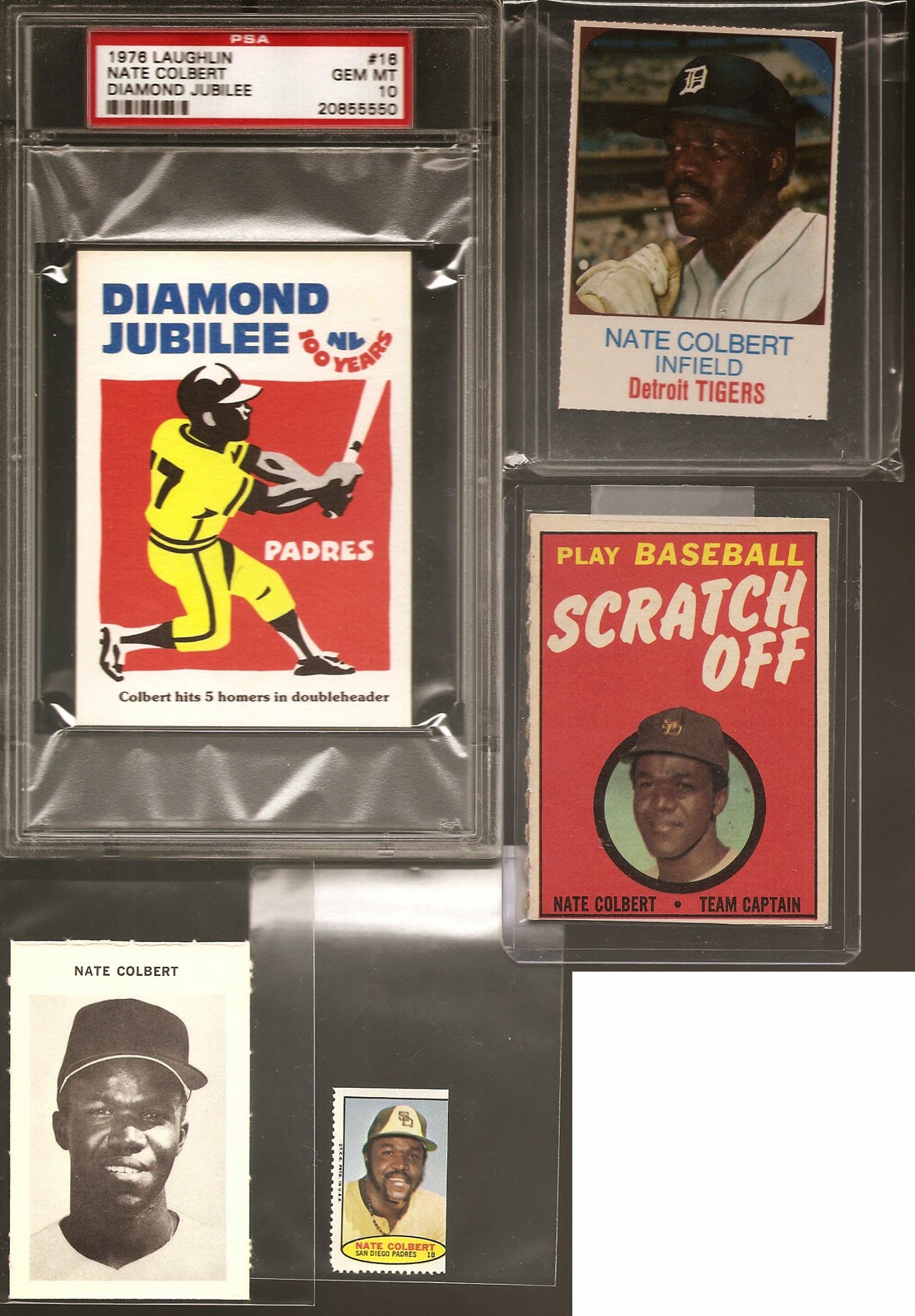 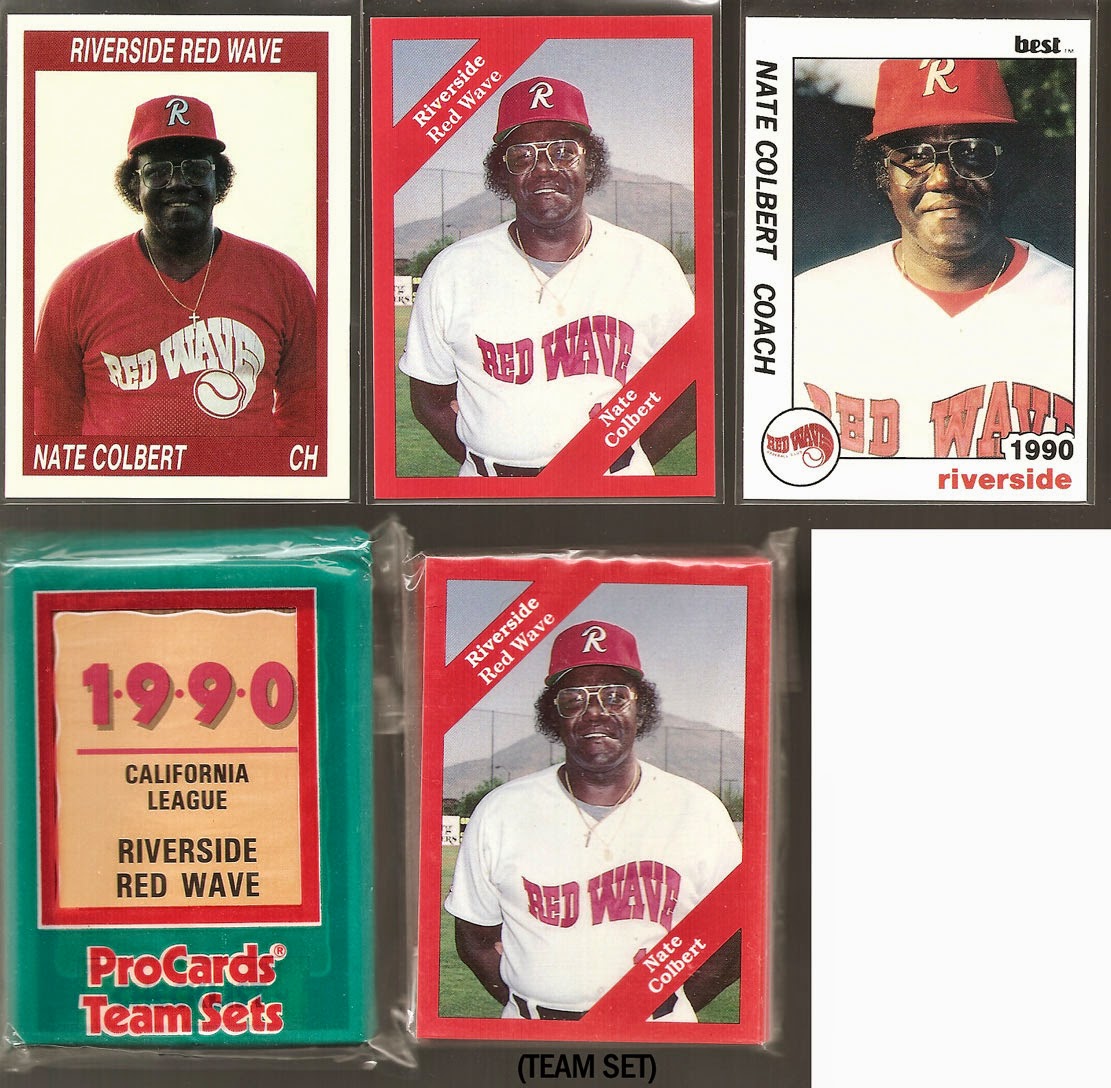 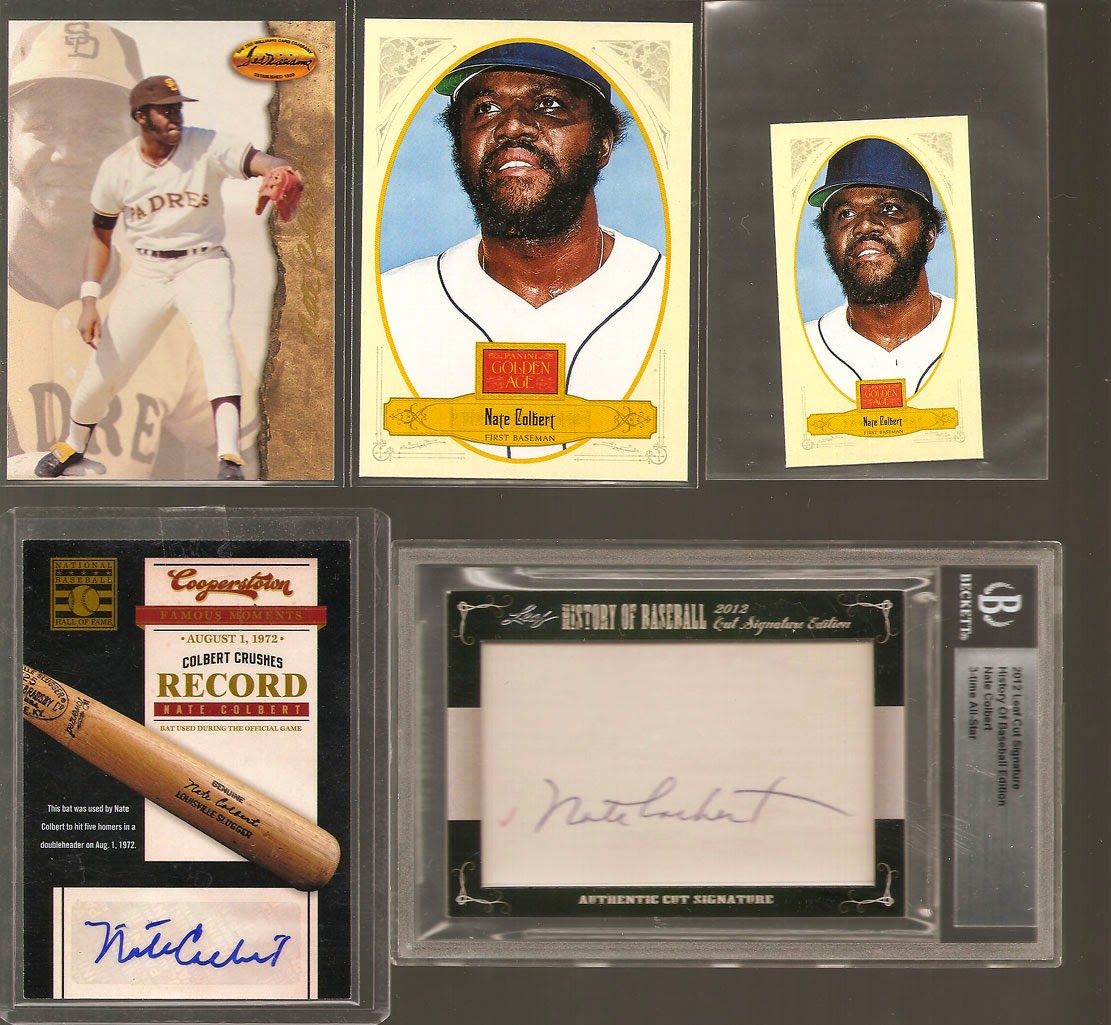 Update: Turns out many of the missing O-Pee-Chee cards I thought I needed don't actually exist! I foolishly assumed vintage OPC sets duplicated the Topps checklist, but the sets contain less cards, and looks like Nate got left out some years. Oh well, less cards for me to hunt down!

So there you have the Nate Colbert Report for April 9th, 2014. If you've got any cards of his not pictured here (or substantial condition upgrades of cards that are) that you're willing to part with, please let me know and I'll do my best to round up a nice trade package to offer you.. Thanks!
Posted by defgav at 6:18 PM