I got some great trade packages late last week. First off, Mark Hoyle continued his dominant MVP performance in helping me work on completing 1973 Topps Baseball. With this stack, I've officially crossed the halfway point!

I can now say I own the majority of 1973 Topps. That's pretty cool. Thanks as always for your generosity, Mark! I'll continue funneling my spare Red Sox cards your way. If anybody else has 73s to trade, please check out my needs.

Next, Tony L. delivered some great additions to several PCs of mine. 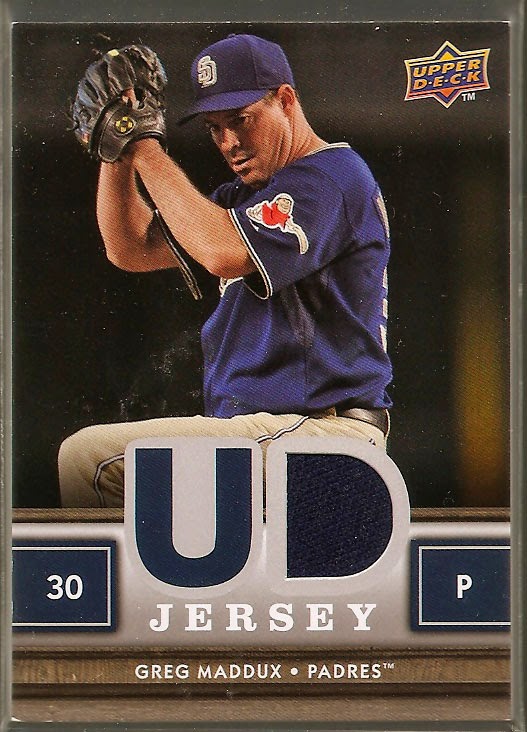 This Greg Maddux relic is a perfect complement to the auto redemption I got the other day. I love the fact it's a Padres card/jersey. I know I'm in the minority here, but Greg Maddux will always be a Padre to me. I forget he ever even pitched with the Braves or Cubs.. he just looks wrong to me as anything other than a Friar! (yes, I'm being tongue-in-cheek here.. but just a little.)

Tony also sent a couple TTM's from the 80s of the original Mad Dog, Bill Madlock. 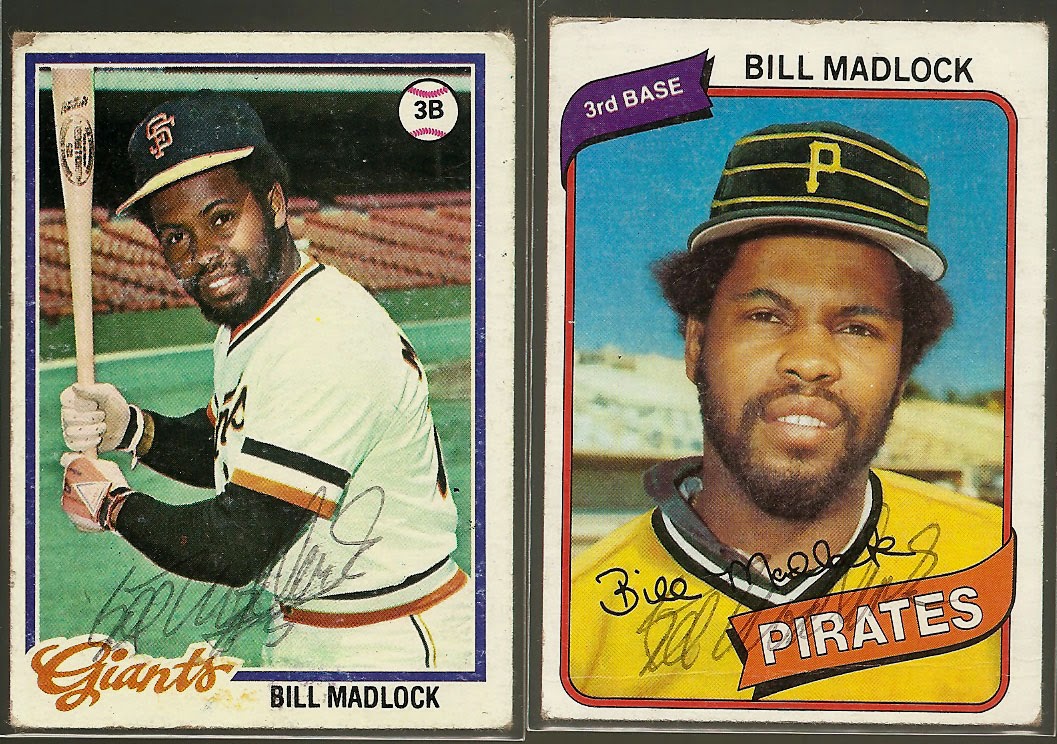 The cards are well-loved, and the black ballpoint pen doesn't exactly pop, but I love them! Tony also sent a diamond McCovey and a couple Gavin Floyds (stay tuned for a revealing exposé). Thanks a bunch, man!

Oh, and he's running a contest so I might as well pimp.. His blog Off Hiatus Baseball Cards recently celebrated its 100th post. His is probably my favorite new blog of 2014.. lots of interesting stuff. Plus he's a rare Brewers collector, so now you finally have a place to unload all your unwanted Ryan Braun inserts!

Finally, Zippy Zappy at Cervin' Up Cards is known as one of the most generous traders out there, and now I'm lucky enough to say I've been on the receiving end of a Zap.

He sent a bunch of cards for my Yankee-centric PCs including Reggie, Rickey, Mickey, and Winfield. 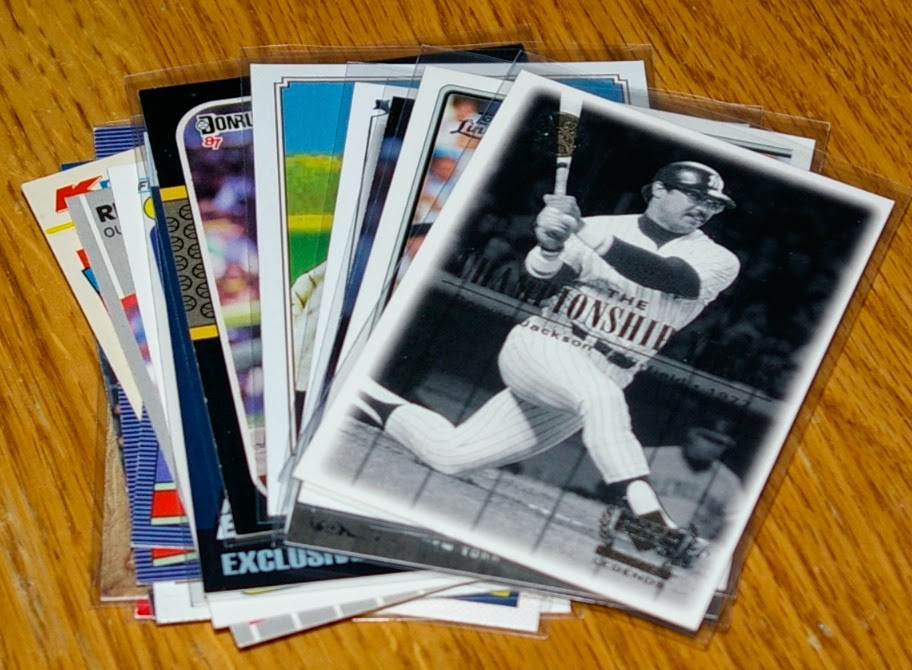 Some sweet vintage with character.. 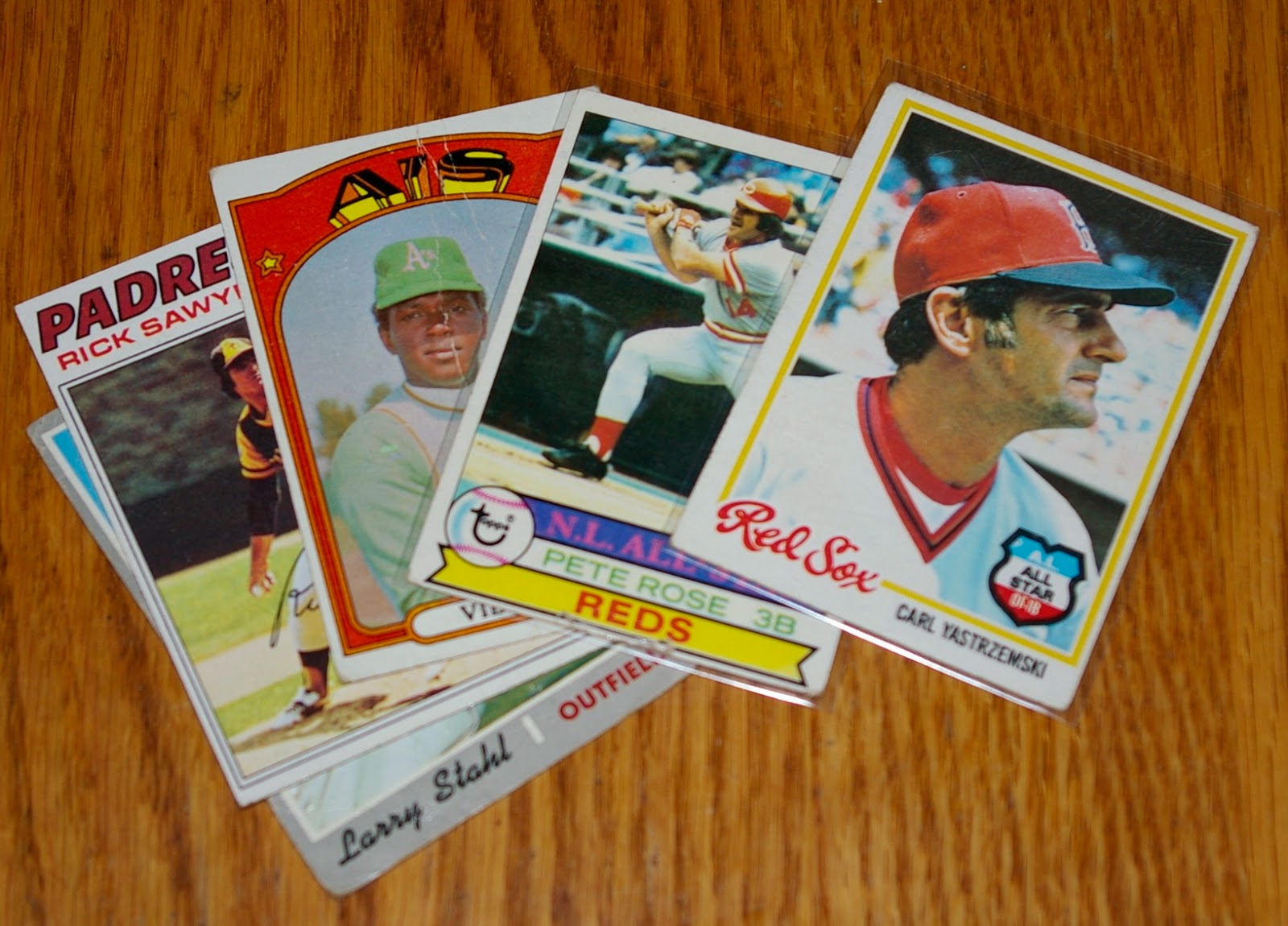 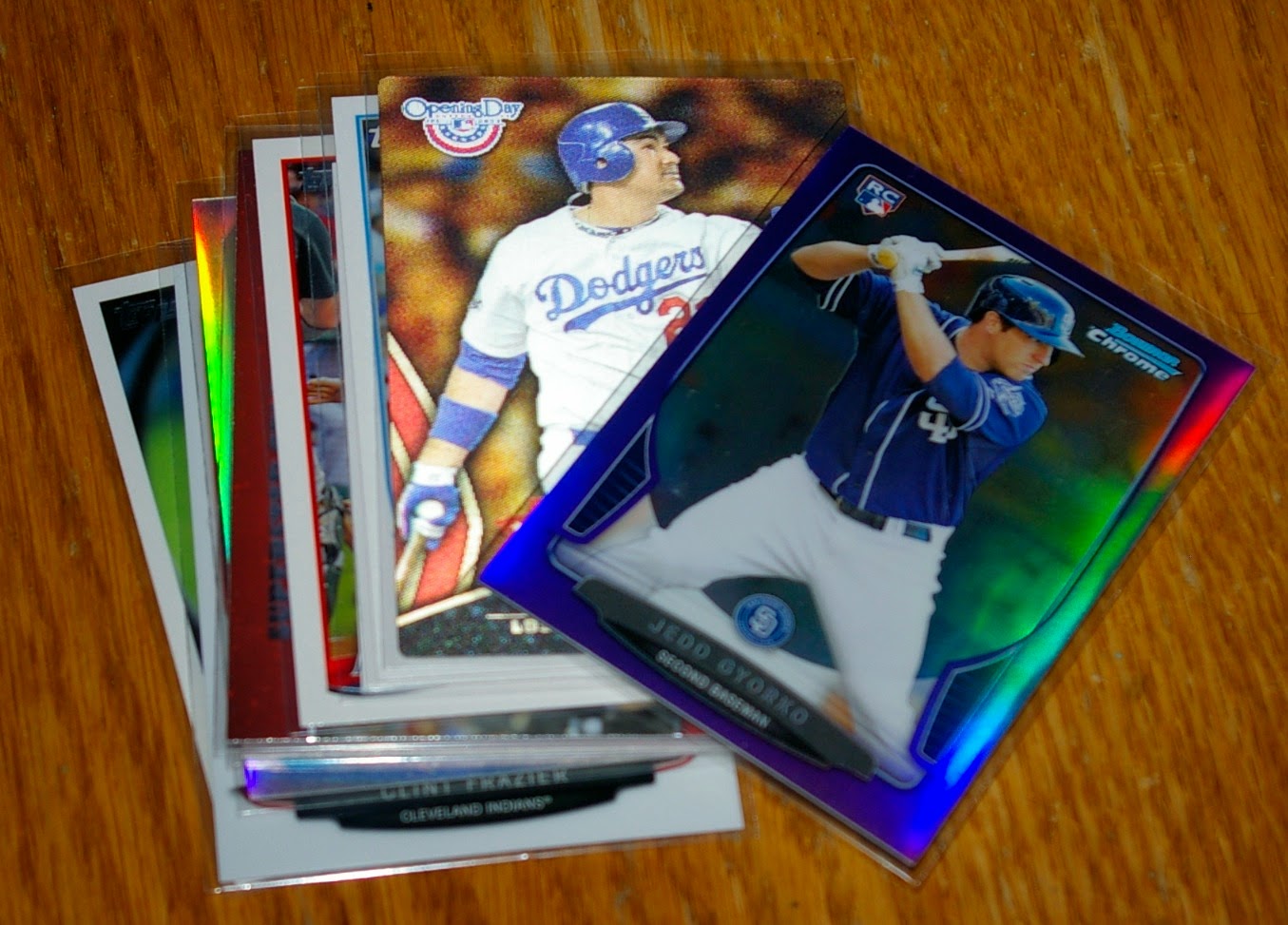 ...Highlighted by a 3D A-gon and shiny, #'d Gyorko (bummer he's off to such a slow start this year).

And of course no package from Zippy would be complete without some neat cards imported from Japan.. 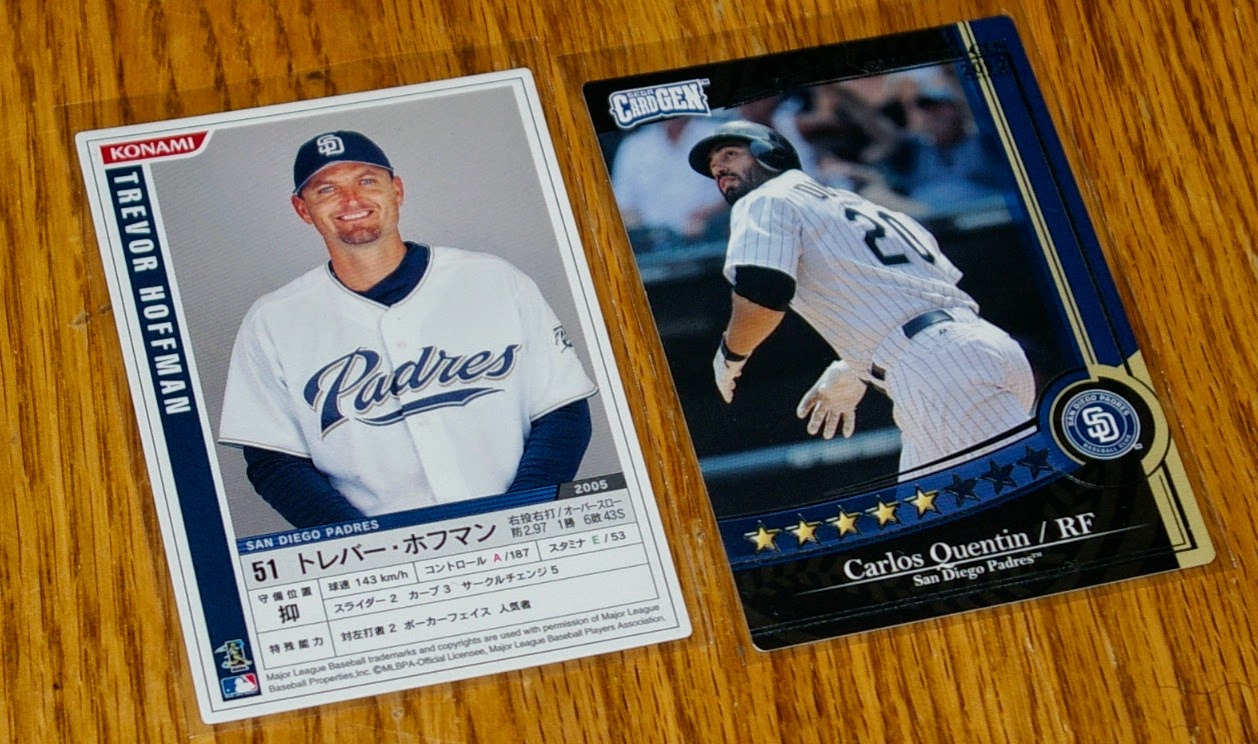 Very cool! Thanks again, Kenny!
Posted by defgav at 2:23 PM