I kinda hate Twitter, but I gave in and joined (again). I was on there years ago, but not for any trading card purposes.. Just sucked up freetime reading funny barbs from comedians, mostly. This time around, I started a new account just for card stuff.


("Baseball Card Breakdown" or any approximation of that is apparently too long for a username.. grrr.) 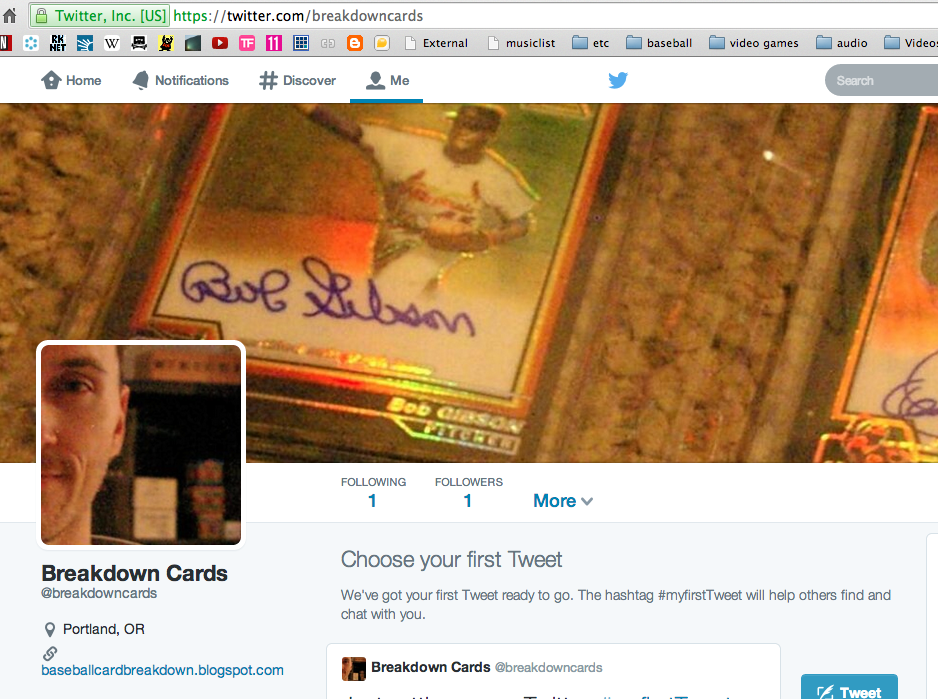 For the moment, I'll just take it slow and see how it goes. I might do a contest to help build up some followers in the near future, but we'll see.

In other "branching out" / "getting with the times" / "welcome to 2007" news, I placed my first ever order on Sportlots last week. Man, that site is confusing. I still don't know how to search by seller.. as such, shipping doesn't make fiscal sense for me the way it does on COMC or Just Commons. But I found a bunch of 2004 Topps Retired base cards from one seller for good prices, so I picked up several I needed. I should save them for a separate post, but-- spoiler alert!-- after winning the Mike Schmidt on eBay the other day, I'm down to needing just 1 card to finish off the base set: #50 Cal Ripken. I don't suppose anyone has this card to trade? The few copies currently available out there at the moment are more than I'd like to pay, so I'll just have to be patient.

I also ordered several dozen copies of Marquis Grissom 1990 Upper Deck from one seller who happened to have dozens of them cheap.. I cleaned him out! Apparently there's a way to make offers and/or maybe get discounts for buying multiple copies of the same card, but, again, I couldn't figure that out. I had to break my Marquis Mania ground rule by paying over a quarter per card (shipping included), but not by much. Anyways, stay tuned for a future post where I'll do the math and see where I'm at in my quest to collect 792 copies of that card. Or maybe 999 would be a better goal. I haven't really set a number to aim for yet. Who knows. For now, the goal is just to get a shitload of 'em and fill up a binder.

In summary, Sportlots is confusing to me. I might try getting more familiar with it (please feel free to post any tips in the comments), but for the time being, doesn't look like it'll become one of my main sources for picking up cards.