You've probably heard about Michael Sam, the first openly gay college football player to be drafted by the NFL. I'm not a very political person or social activist or whatnot, but I thought it was a cool story. We've come a long way as a society, yet somehow it's still a big deal whether somebody likes guys or girls. That's dumb. Some people are gay.. it's a fact.. nothing wrong with it. Seeing a couple dudes kiss is not going to scar your child for life. Same-sex marriages aren't going to weaken the institution of marriage.

I know some people roll their eyes at equating gay rights with civil rights, but seriously, it's not that far off. People not hurting anybody, but taking a lot of shit from ignorant, intolerant people just for being born a certain way.

Takes a lot of balls to be a big football player and come out. I'm sure this kid has gotten a lot of shit for it from dumbfucks, and will continue to throughout his athletic career. Even if he never plays in an NFL game, just being drafted is a huge baby-step, pardon the oxymoron. But yeah, I'll be rooting for him.

Ok, I'll now step off my inch-high soapbox and show off this card I picked up recently. 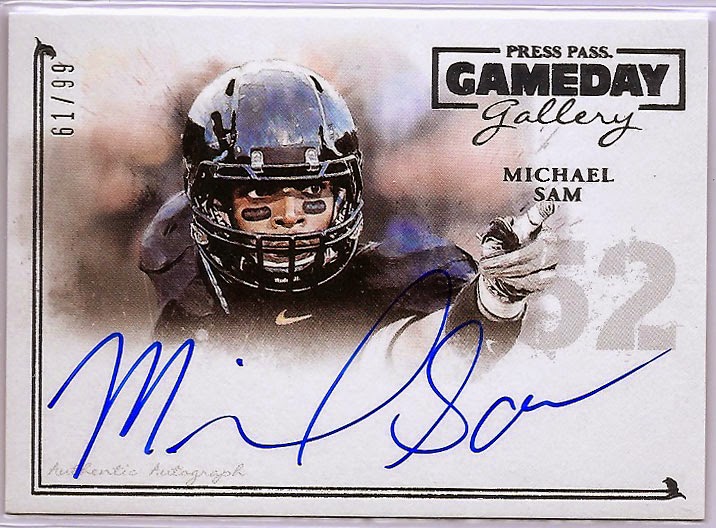 There are a lot of Michael Sam certified autos out there, but the vast majority are stickergraphs with one particular photo which is a boring headshot of Sam making a goofy facial expression. Will set you back under 10 bucks. I wanted to pick up a cool-looking, on-card auto, and was willing to shell out a few bucks more for it.

I'm definitely happy with this card. Awesome picture and big signature. Seriously, this card gave me the epiphany that, yes, of course certified autos should all be horizontal, with a nice big open space for the person to sign. Why aren't more cards made like this?! Topps does horizontal autos sometimes (see the Fred Lynn I showed off last week, for example) but they take up a full side with a photo, then use the other side for the auto. Putting the picture on the top of the card, freeing up the entire bottom for signing is genius. Way to max out ink real estate! Well done, Press Pass. Take note, Topps, Panini, Upper Deck, and whoever else is putting out cards these days. I mean, I'm sure this has been done before, but not nearly enough.

Also note this card is #'d 61/99. Now there's a number associated with another athlete who encountered a lot of outside opposition and distraction while he was trying to accomplish something. Yes, the "eBay 1/1 Roger Maris parallel"! LOL

Haha, I should stop short of shoehorning a comparison to Roger Maris, or even Jackie Robinson. But seriously, how has there never been an openly gay active professional baseball player? For a game that prides itself on trailblazing inclusion and leading the way for social justice, it's crazy that all they've got are a couple little-known guys who came out after retiring. One such guy, Billy Bean (not to be confused with the A's head honcho) was recently appointed MLB's first "Ambassador for Inclusion". So that's another good baby-step, I suppose. It seems like MLB feels left out by not having any gay players (the NBA has Jason Collins, remember), so they had to hire somebody to specifically recruit gays to play baseball and help any closeted current players feel ok about coming out. Well, I wish them the best of luck. You gotta figure there are at least a couple closeted guys in the game today (looking at you, Torii Hunter.) Hopefully somebody mans up (pardon the expression) and breaks that barrier soon, or perhaps a gay amateur draft pick, like Michael Sam here. 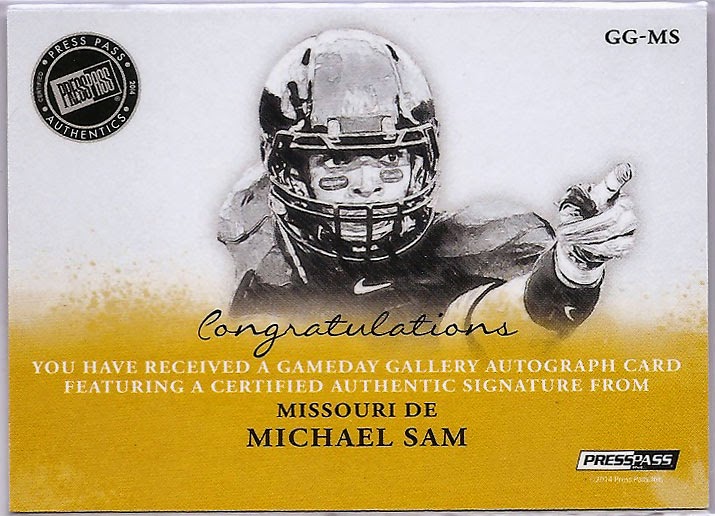 After typing up the above, I took a curious look on eBay for a Jason Collins auto, made a "best offer" and ended up bringing this home... 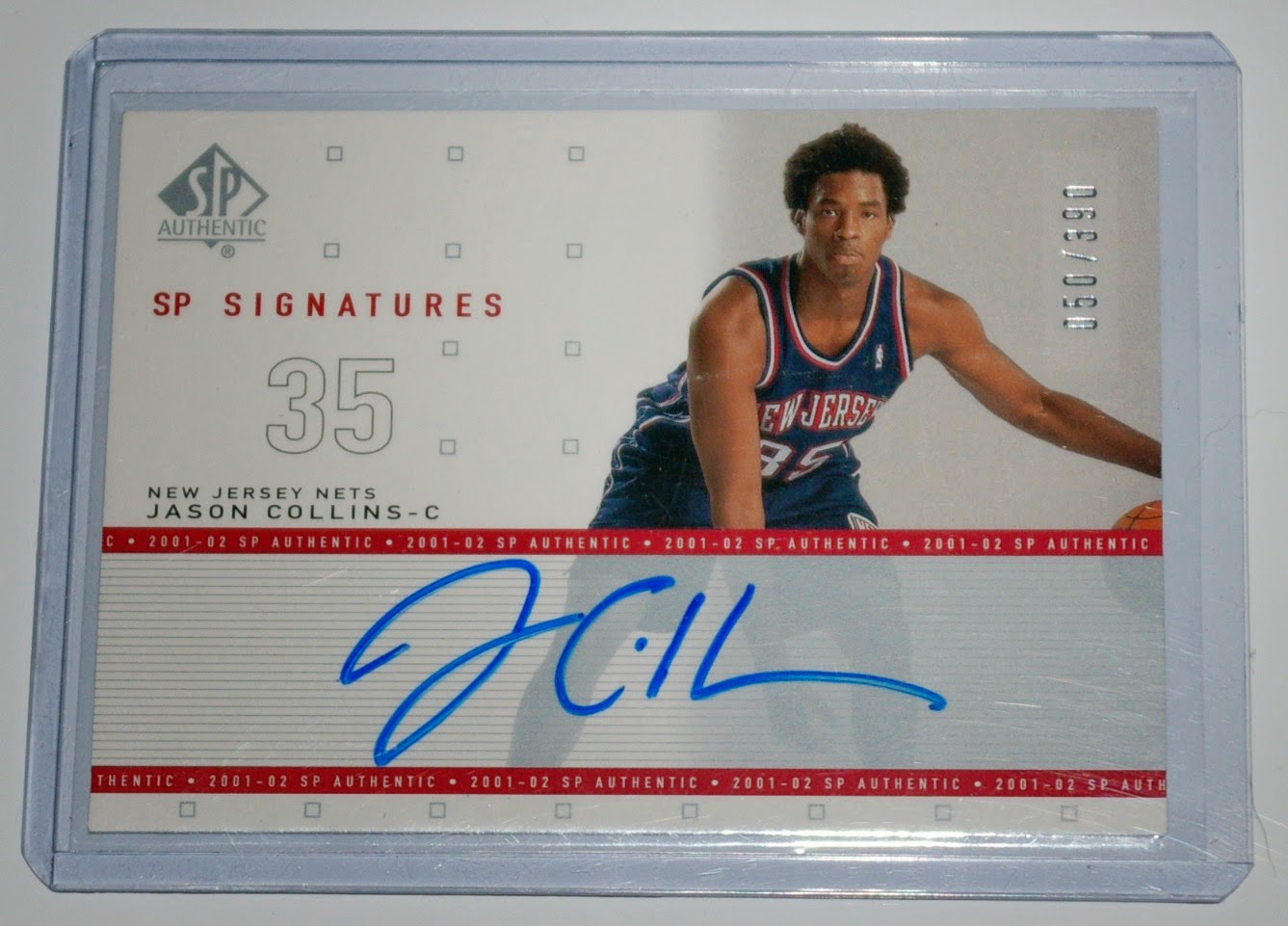 Pretty cool. And funny that it's also an on-card, full-width horizontal auto!

In closing, the world is ready for an openly gay professional baseball player. And when he arrives, I'll add a certified autograph of him to my collection.. preferably a horizontal card with an on-card signature!
Posted by defgav at 3:53 PM