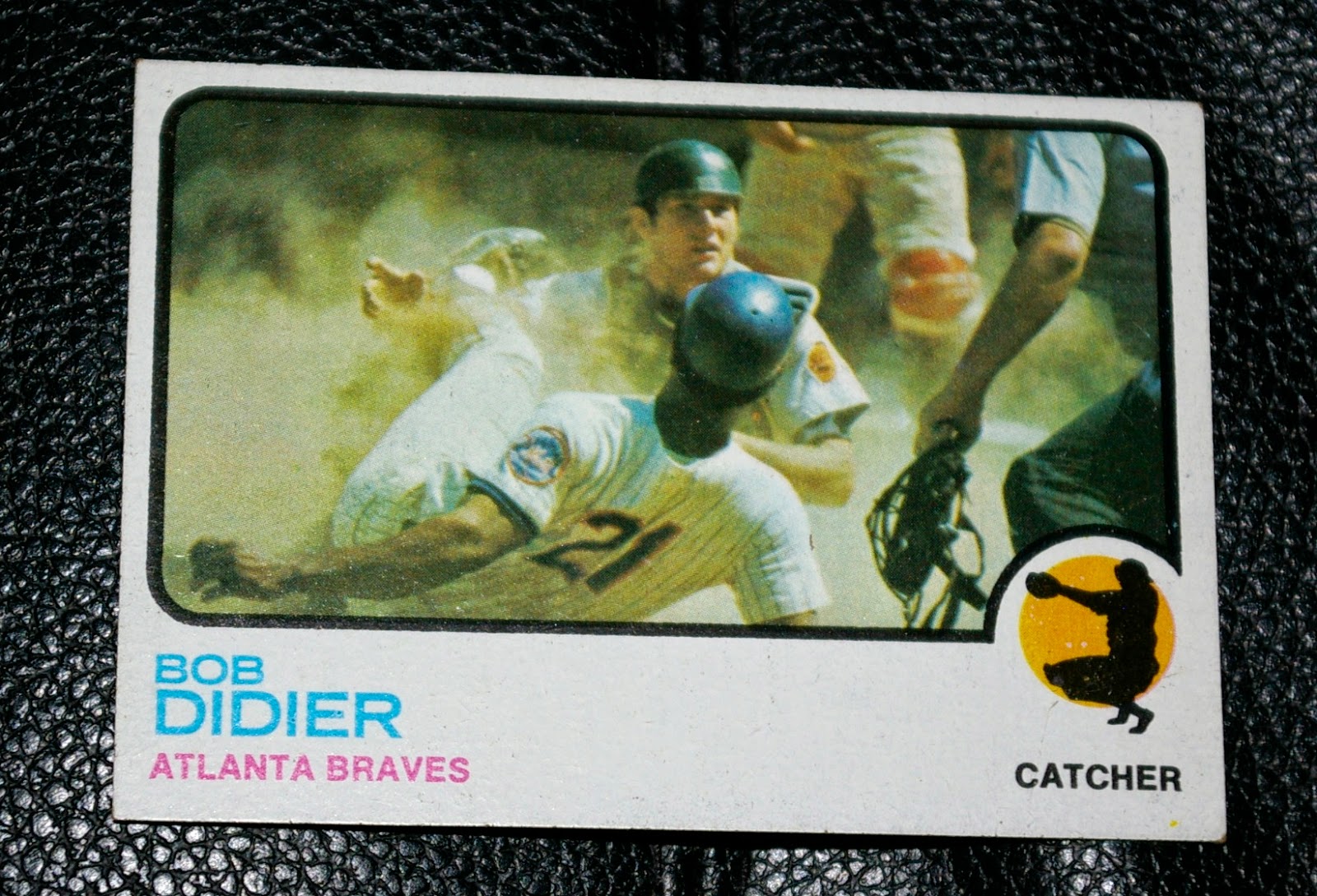 The dimebox dig I mentioned the other day wasn't my only buy at the recent card show. I also hit up "my vintage guy" who reminds me of my old high school track coach (I keep half-expecting him to tell me to get my knees up and work my arms). His inventory had expanded since last I'd seen him-- used to be pretty much just 50s and 60s cards, but this time he had a lot of 70s too. I spent some quality time with his 73s, with particular interest in high numbers, and was able to check a bunch off my list. (And yes, I feel like an official baseball card dork now because I did in fact bring a printout of my needs with me.)

I ended up with 38 cards from him for $11. Some were 50 cents each and some were a quarter, but for simplicity's sake, let's just say these cards all cost me 29 cents each. 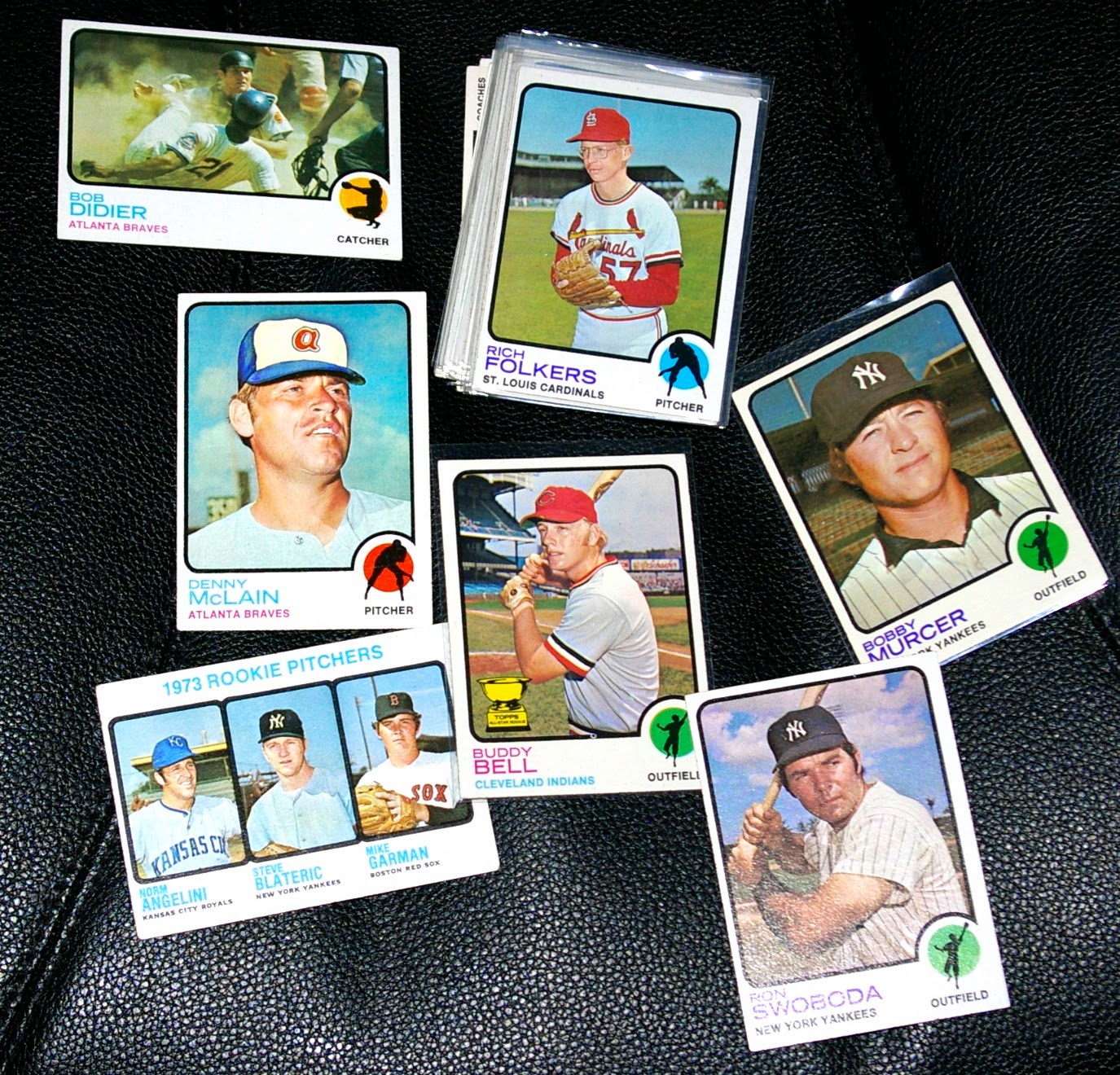 That's a nice looking high number 3-player rookie card. The Buddy Bell rookie trophy is nice, too. And a (poorly-airbrushed) Denny McLain sunset card is pretty sweet. Photo-wise, gotta give the top prize to that Bob Didier play at the plate.

Last week Mark Hoyle squeezed the last remaining available 73s from his tradables and here they are. 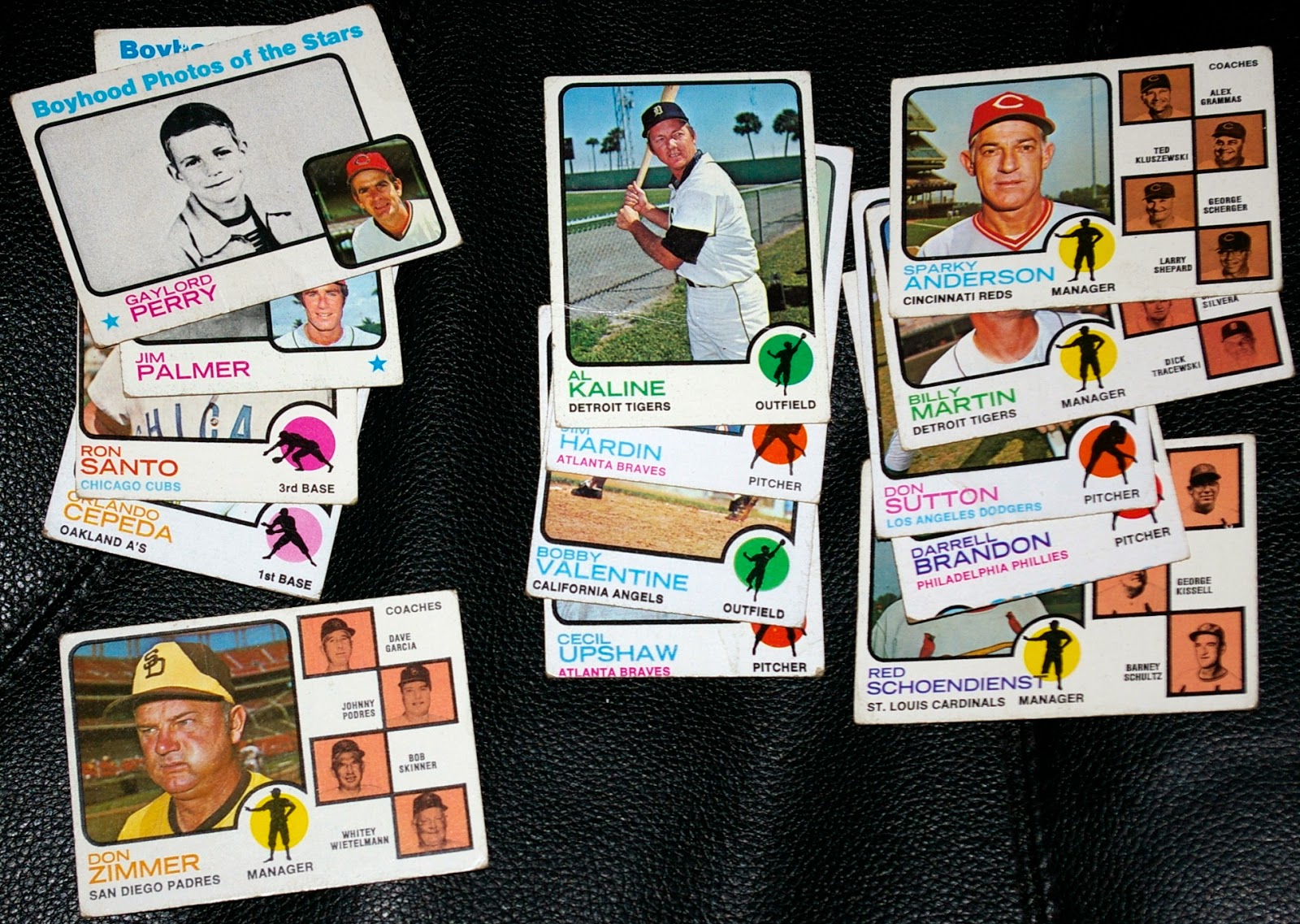 Some great starpower here, with most of these guys being Hall of Famers or at least household names to a baseball fan. Love that Zimmer wearing his Sunday home alts cap, though I think Ray Kroc went a bit too far making his ballteam look like fastfood workers in this instance. (Wait, Kroc didn't buy the team until 1974.. so just a coincidence, I guess. Side note, my great-grandfather was an acquaintance of Ray Kroc back in Oak Park, Illinois in the 40s. He had the opportunity to go in as an investor when McDonalds was about to take off, but decided to pass. This is a bit of a sore spot for my family [for me, anyways]; we could probably be multimillionaires today! Oh well. I shouldn't complain.)

Thanks to my vintage guy at the card show and the always generous Mr. Hoyle, I feel like I'm rounding the corner with this set. Let's see where I'm at...

Mark also threw a few 71s in his PWE for good measure... 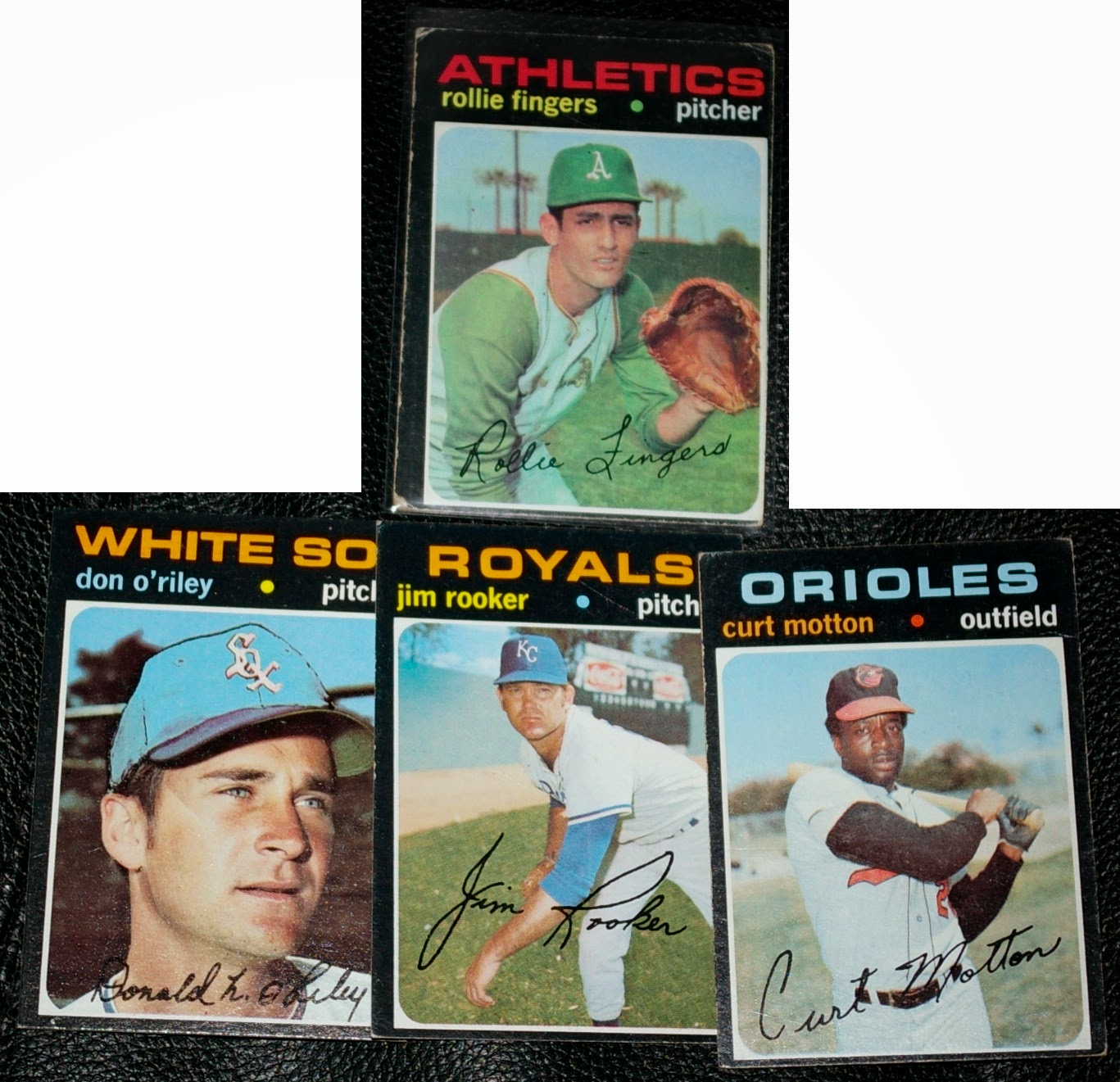 Great stuff! Thanks for everything, Mark!

I picked up a few 71 "impulse buys" at the card show too:

I obviously didn't bring a printout of my 1971 needs, as the Hal McRae is one I've already got. Whoops. And I know I've said many times that I'm putting together a "condition insensitive" 1971 Topps set, but when I came across these pristine unmarked checklists for a quarter, I just had to jump on them. (Literally! Everybody in the card show just stood and stared as I jumped up and down on these cards. Nah, just a silly joke.)

Jerry Reuss rookie! The McCovey AS is pretty creased, and I think I may already have it (Really need to get my collection better organized), but for cheap, I'll throw it on my stack. And that Dick McAuliffe? I'm normally not into going after misprints/miscuts, but this card was just too beautifully hypnotic and psychedelic to pass up. That's not an issue with my photo or anything, that's really how it looks! Maybe I will start collecting 1970 Topps, but the catch is, I'll only collect misprints/miscuts from it! Imagine a complete set of cards that look like that McAuliffe? Leafing through that binder would definitely get you high.
Posted by defgav at 3:58 PM