Dennis from Too Many Verlanders hooked me up with a ton of cards back during his spring cleaning blowout a few weeks ago. I eventually sent a thank-you gift of an Earl Weaver auto he had expressed interest in that avoided getting picked in my few summer contests. Anyways, that spurred on a quick trade and I ended up with this sweet 1972 Topps Roberto Clemente. 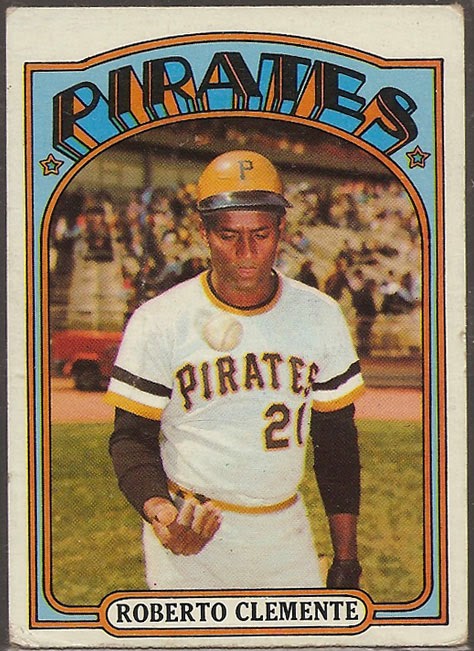 Very nice addition to my Clemente collection that I've been wanting to get for a while now. (Remind me to someday make an animated gif of Roberto tossing the ball. That would be cool.) Thanks a lot, Dennis!

But Dennis didn't just stop there. He also surprised me with a thick stack of other cards of interest to my collecting tilts. 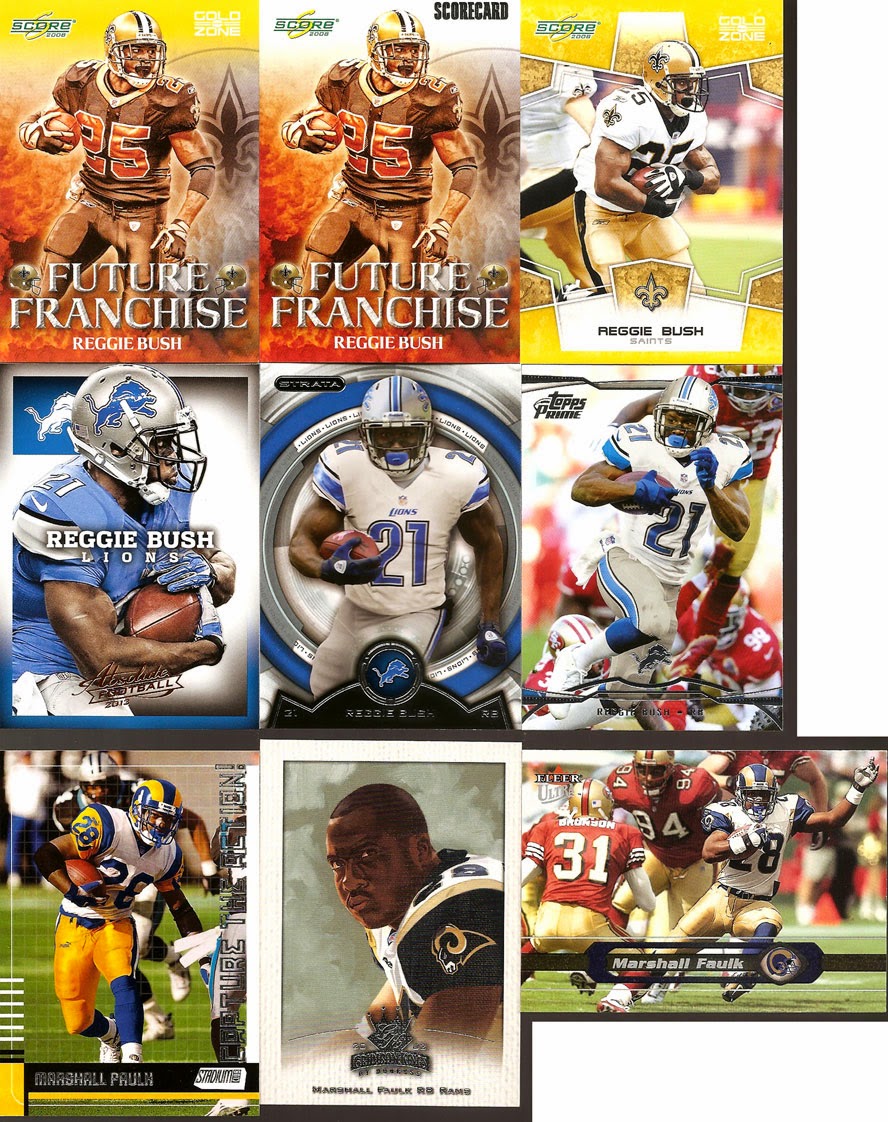 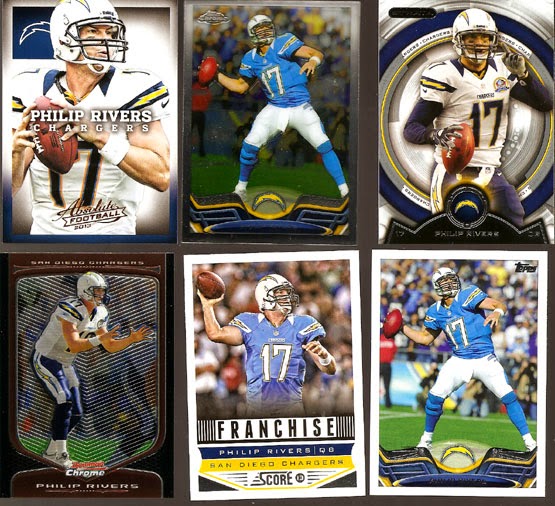 Philip Rivers. I hope he and the Chargers have a good year this year. I feel like one of these years I'll get back into football and be better about watching games. But 2014 is not that year. 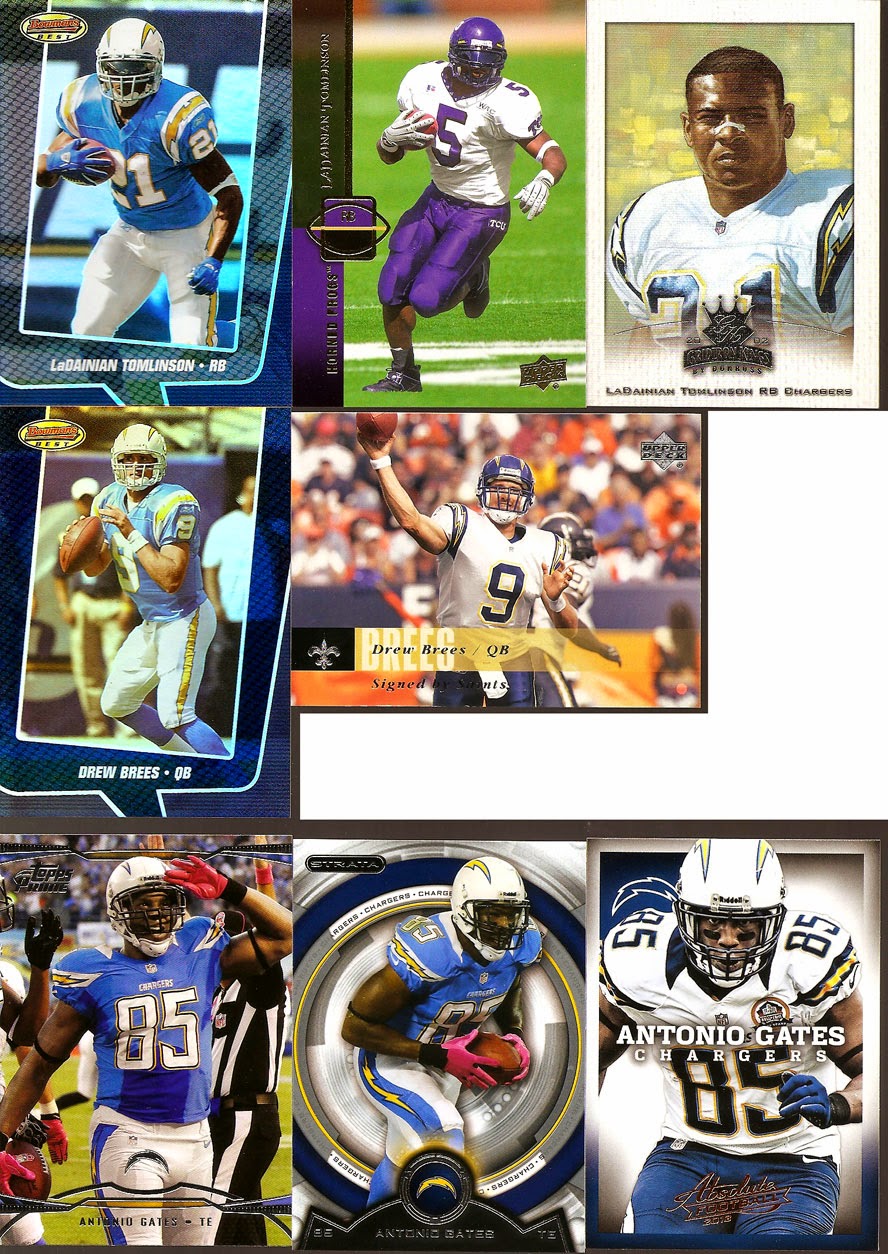 Here are 3 big names I remember from back when I was a better Chargers fan. 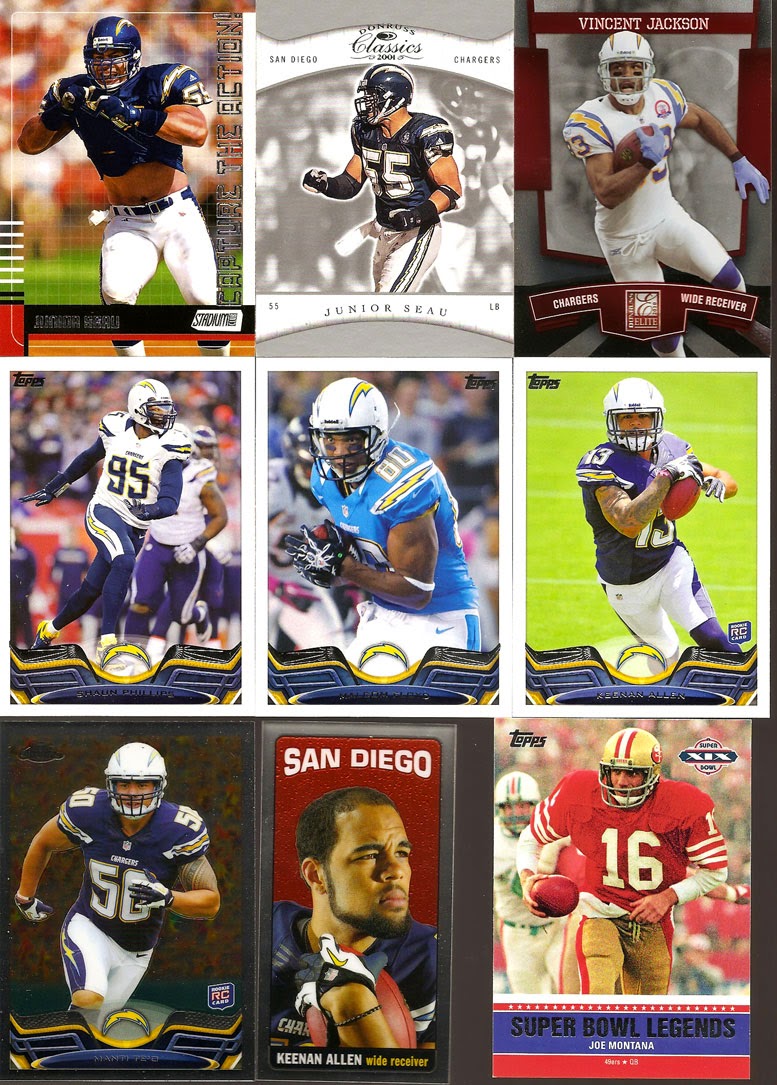 Some more appreciated Chargers, plus a Joe Montana. 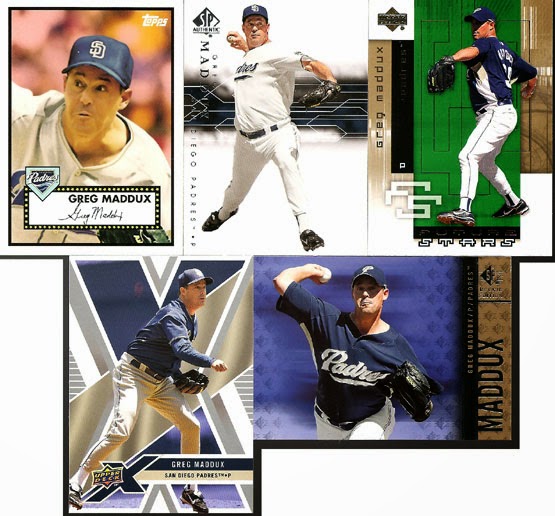 Back to baseball: Padres Legend Greg Maddux. Yep, he turned down having a Cubs or Braves cap on his Cooperstown plaque because in his heart, he knew he was a Padre to the core, and the fans and the media wouldn't understand that, so he took the easy way out and just left the cap blank. I'm assuming that's what happened, at least. 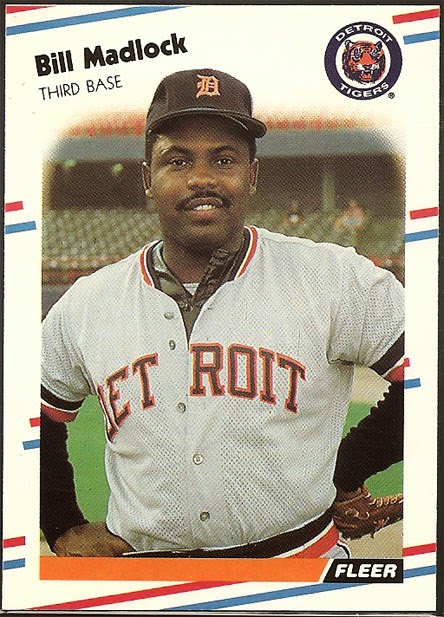 Finally, here's a card that'd been on my "desperate dozen" sidebar wantlist for a while, the glossy version of Bill Madlock's 1988 Fleer card. I think my Mad Dog PC has just about eclipsed all the standard cards from his playing days, with just an infinite number of oddballs and some modern releases left. I've got a neat "1/1" item on the way which I'll show off soon.

Well, thanks again, Dennis! Love the Clemente, and all the bonus cards knocked me out. Awesome stuff!
Posted by defgav at 5:20 PM