Shawn from Pack War posted the other day that his trade bait page was freshly updated. I gave it a once-over and found a couple things that caught my eye so I dropped him an email to see if we could work something out. He inquired about a Taijuan Walker parallel I made a refraction action of a couple months back. I loves me them neato wave refractor Bowman cards, and Taijuan seems cool, but after giving it some thought, I was willing to let it go. Shawn definitely made it worth it for me. 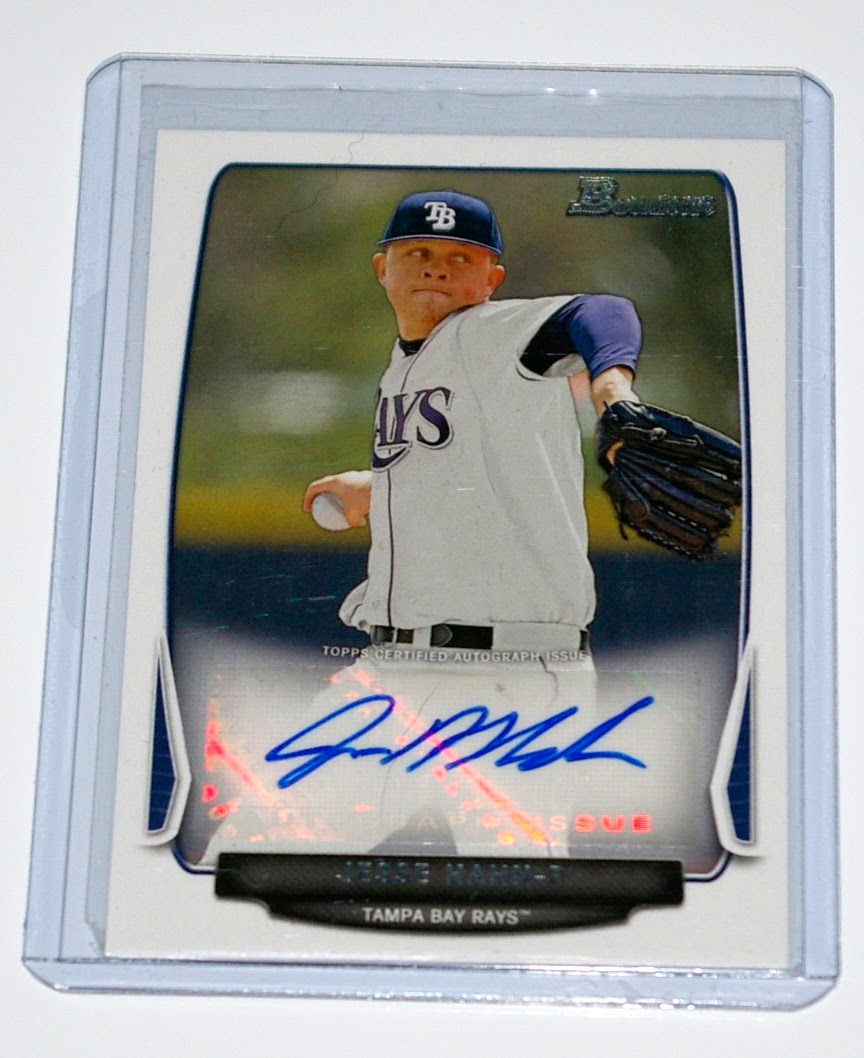 Jesse Hahn has pitched some real good games for the Padres in this his rookie year. He looks to be a key component of the team's future. And now I've got his autograph! 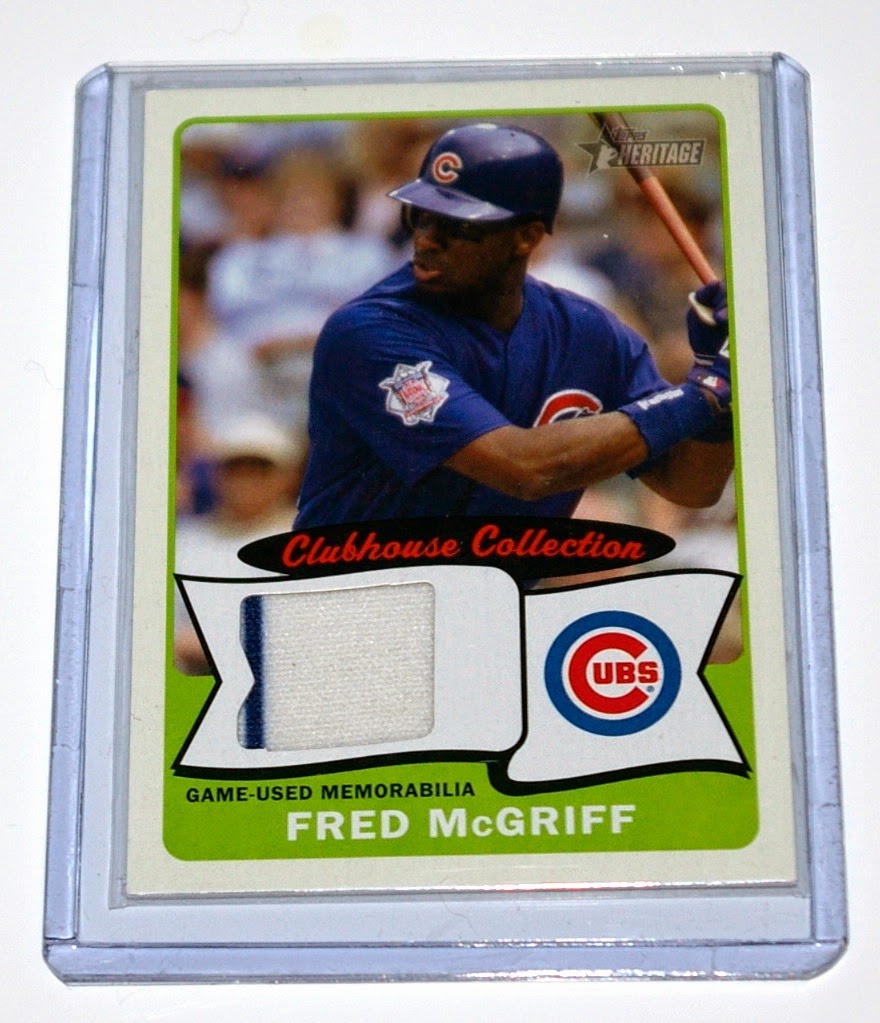 So those were the two cards I had asked about, but Shawn went above and beyond by surprising me with a couple bonus Chargers inserts. 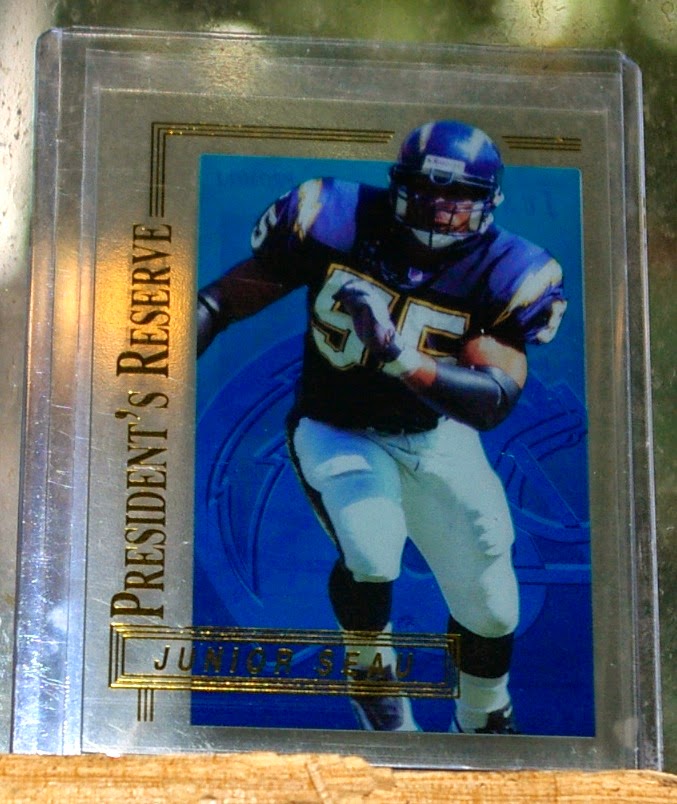 This Junior Seau (RIP) has a cool acetate border part. 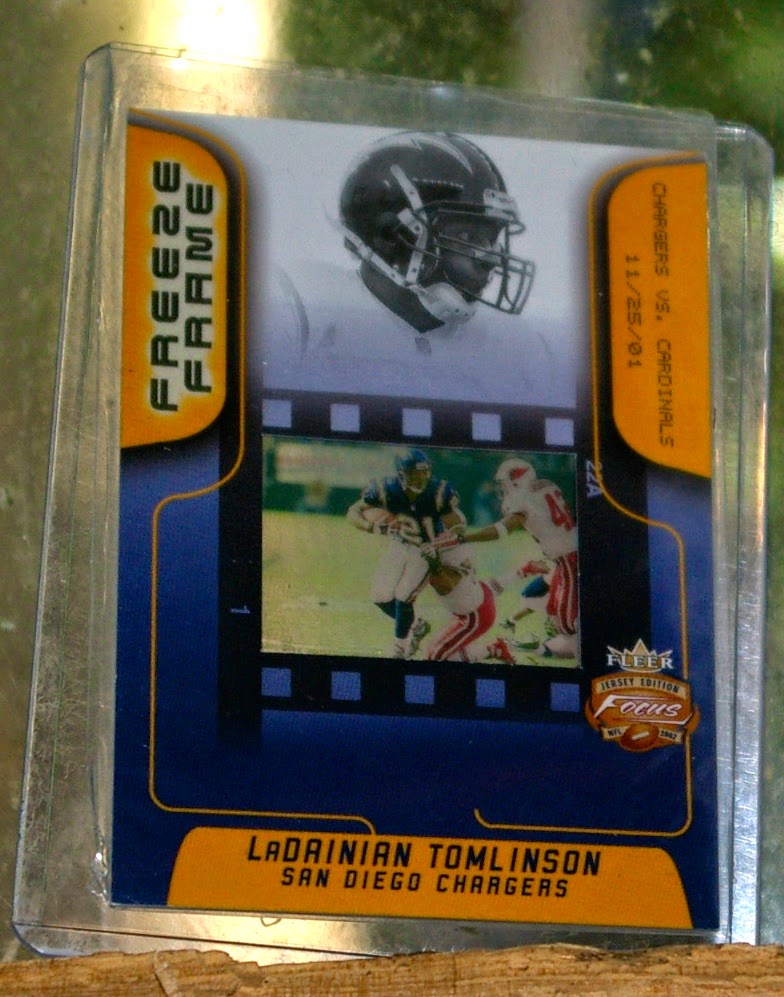 More see-thru action! Love it. LaDainian Tomlinson sure was fun to watch back then.

Here's another picture that better accentuates the "film strip" area: 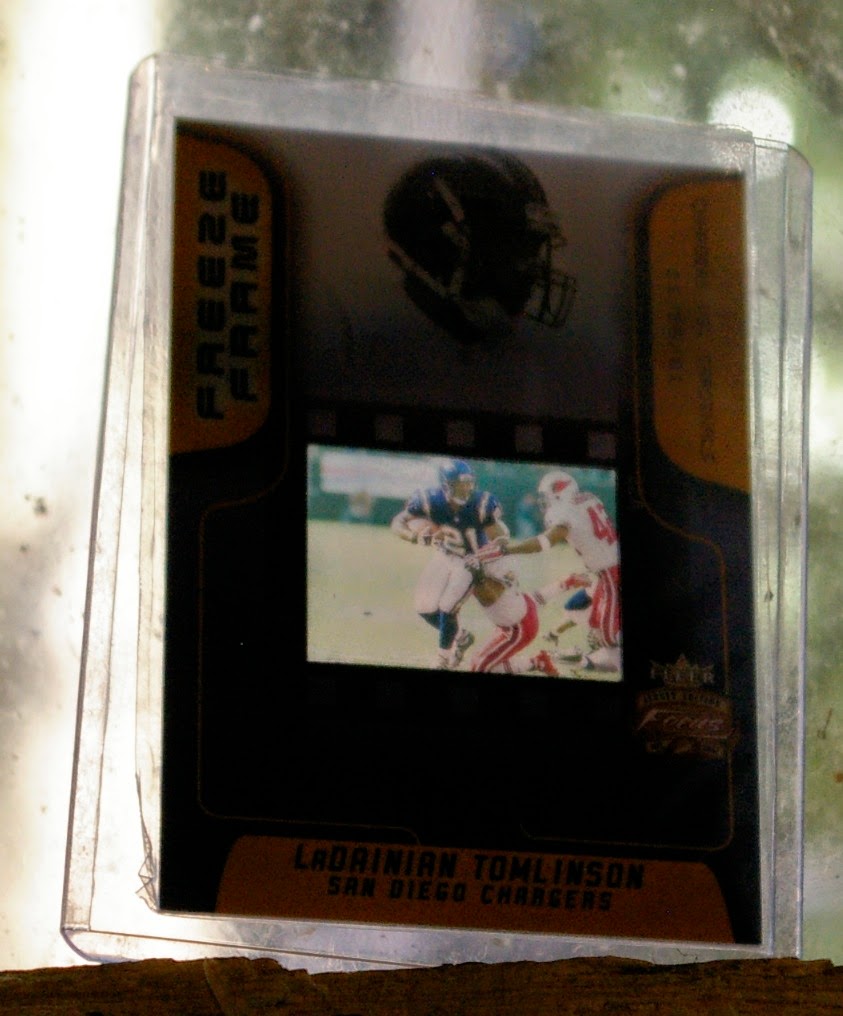 Thanks again for the awesome trade, Shawn!
Posted by defgav at 11:35 AM