Taking a warp zone with 1971 Topps

I was sitting at around just 14% with my goal of completing 1971 Topps. But through another blog, I found a guy privately selling (i.e. not on eBay or site like that) a partial set for a very reasonable price. I initially balked at the offer, since this set is more of a backburning, long-term goal rather than an immediate focus for me. But then he came back with an even better offer, and I caved and took him up on it. While it still wasn't cheap, necessarily, it'd be tough to find a better price for what it was. It's a popular set, not just in general, but seems many fellow blogospherians are working on the set or have completed it not too long ago. So with slim pickins getting 71s in trades, I accepted the fact that if I wanted to get anywhere with the set, I'd need to pony up some cash rather than depend too heavily on the kindness of traders. Oh well, I'll just have to chill out on my eBay purchases for a while. The lot included 455 cards of the sprawling 752-card set, with some stars and high numbers, generally in low-to-mid grade condition. 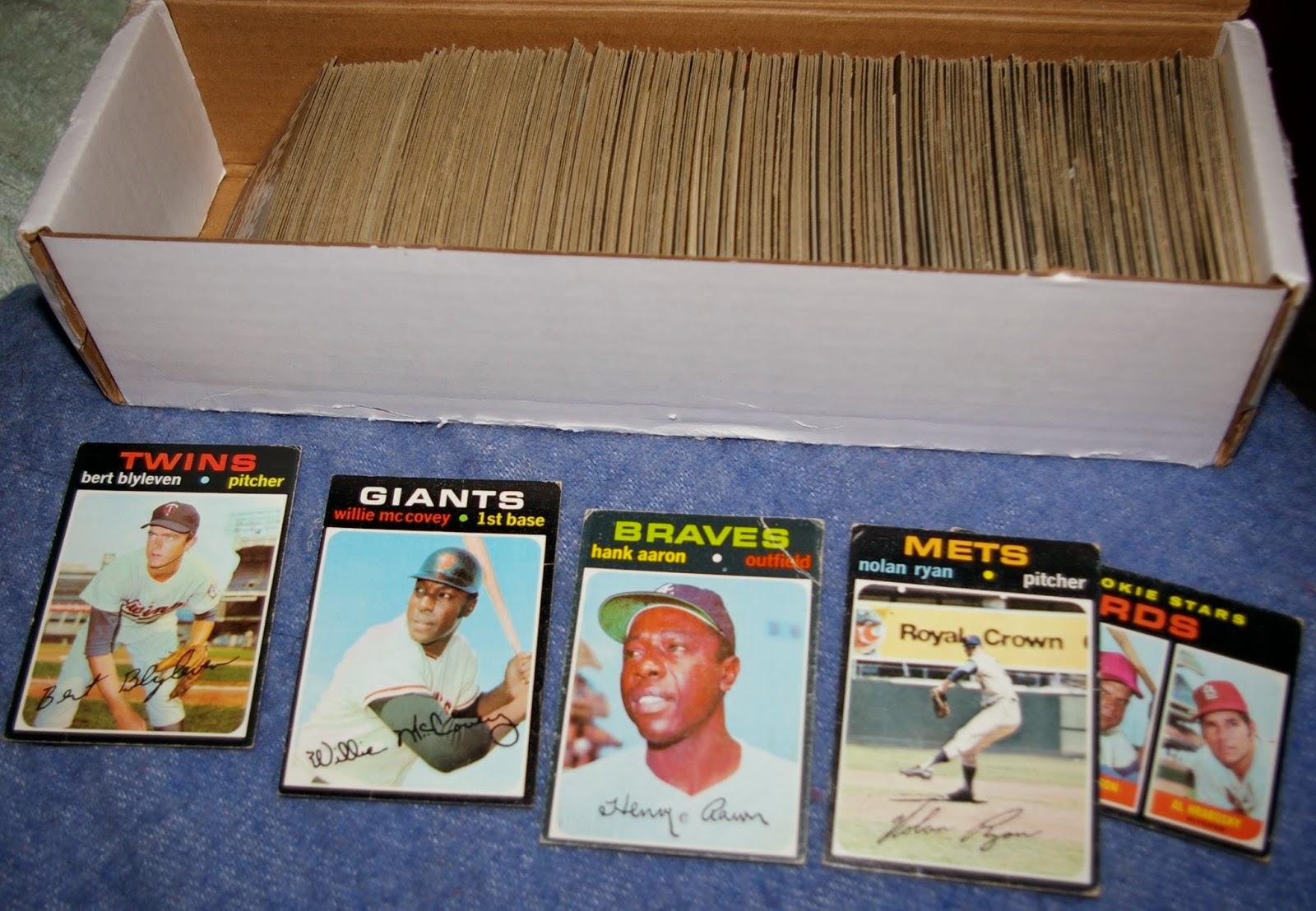 Highlights include a Blyleven rookie, nice McCovey, Hank Aaron with a creased corner, my now-oldest Nolan Ryan card, and that's an Al Hrabosky rookie on the right, there. So with all these additions, I've jumped to within spitting distance of the two-thirds complete mark.

Looking pretty good up through about #500, but those high numbers are a bitch. I will never attempt completing 1972 Topps! Just 1971 and 1973, then I'll stick a fork in the decade. If/when I foolishly decide to go after another vintage set, I'll likely go for one from the 60s. Or maybe a low-grade early Bowman set.

Anywho, my updated 1971 Topps wantlist can be found here. Please just let me know if you can help out with any cards and wanna work out a trade. Again, I'm not concerned with condition with this set... any beat-up cards accepted!

Email ThisBlogThis!Share to TwitterShare to FacebookShare to Pinterest
Labels: 1971 Topps