Memories of my first Listia win


It's Listia's birthday today. I figured I'd use the opportunity to talk about the first card I ever won on the site.

It was back in September 2012 when I was first diving back into be an obsessed active card collector. I've got Night Owl to thank/blame for introducing me to Listia via his blog. It seemed fun so I signed up.

I've mentioned Gaylord Perry was the first player I decided to be my "#1 guy" in my return to the hobby, and so "gaylord" was a search term I entered a lot. 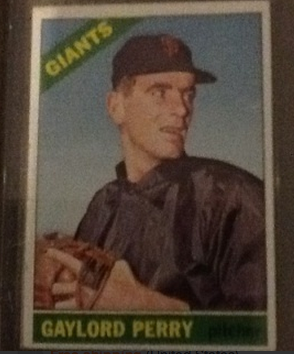 It didn't take long till I found a beautiful old Gaylord. At the time I wasn't aware it was the final card in the 1966 Topps set. I probably didn't even know what an "SP" was! SP to me meant Smashing Pumpkins. According to the seller, it had a "book value of 200.00 in mint condition" though there was a hardly-noticeable crease, so this copy was probably worth closer to $100. The quality of the picture in the auction wasn't the best (above), so you couldn't really get a good feel for the condition, but seemed pretty good to me. Man, I got obsessed with winning that card. It would haunt my mind, counting down the days till the auction ended. I watched the current bid creep up. I would try to do as many of the lame surveys for free credits as I could. (Most of them bumped me out after a "failing" few initial questions, but I was able to complete one for a nice haul of credits.) Eventually, with just a day or so left, bidding crept up above my amount of credits. I did the unthinkable and actually bought credits from Listia! A noob move, for sure.

But drastic times call for drastic measures. And so I paid like $25 for a few thousand credits.

When the moment of truth came, I dumped my entire stash of credits as time ran out. Thankfully, I won! I got it for 11,161 credits. No regrets, really, except maybe instead of buying credits I would have done a more tactful move such as buying an Amazon giftcard or something, and then auction that off.. I'm pretty sure you'd get a better return for your buck that way.

It seems there's been a lot of inflation on Listia in the past couple years. I bet that same card auctioned off today would land a lot more credits. Listia will sell you 3000 credits for $5, though it seems most big-time Listia users estimate an exchange rate more like $1 = 1000 credits. Either way, 11,161 credits (free shipping) for a 1966 Perry in VG condition is a sweet deal. A similar condition card usually goes for around $50 on eBay. 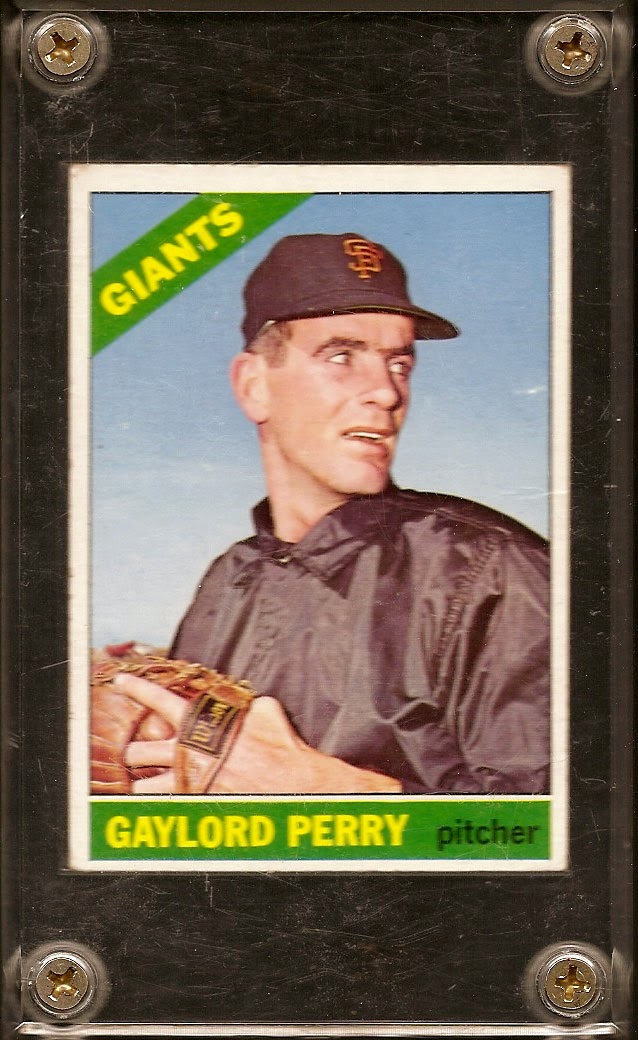 The card arrived in a thick screw-down case and I was in love. While not exactly mint, it was in better condition than I was expecting, a pleasant surprise for sure. As the final card in the set, not only is it an SP, but tricky to find in good shape. It was the first jewel of my reignited card collection. I had that card proudly displayed for a long while, and it could be seen in the upper right of my blog's original banner. I still collect Gaylord Perry, though with less zeal these days. But yeah, everytime I see that card, it takes me back to those few days, being so bent on winning that auction and stressing out over it, to the glorious relief when I finally landed the card. 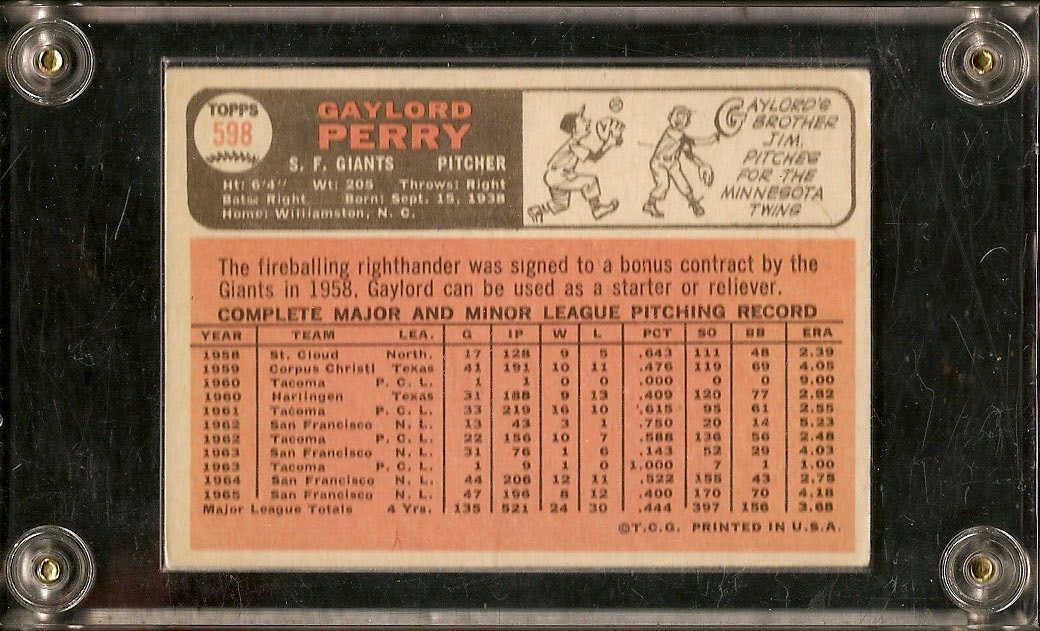 I've since be involved in over 400 Listia transactions in these past couple years, usually as buyer but also some auctions of my own. I was pretty crazy with it for a while there. My wife (then-girlfriend) would give me shit for spending so much time on Listia. We'd be out at a restaurant with her folks, and I'd be asking to borrow her phone so I could bid on something that was ending (I don't have a smart phone). Gotten some great cards, as well as gotten skunked a few times by shitty sellers or buyers, but it always worked out eventually. I haven't been super active on there lately, mostly because of credit inflation and me being too lazy to list more auctions of my own to raise spendin' credits.

To that point, if you'll excuse some solicitation to end this post, here's my referral link, in case anyone reading wants to join Listia: https://www.listia.com/signup/2043696
You'll get some free credits for signing up, and I'll get some bonus credits if you eventually create an auction of your own. Plus I also get bonus bonus credits if you sign up today (8/5) as part of their birthday celebration, even if you don't ever sell anything. (BTW, if anybody can help point me to the Listia Birthday Banner [you need to find it and click it for bonus credits], please let me know! UPDATE: here it is.)
But sorry for shilling! Thanks for reading.
Posted by defgav at 4:31 PM