Well, I wasn't motivated to break out the toys and come up with a story, so Major Blood can only stand by and watch as I show off the highlights from 2 hobby boxes of 2015 Topps Archives. My enthusiasm for this product has waned, so really I just want to be quick about this and put up any decent hits on eBay ASAP to try to recoup some of my costs while there's still some buzz around it. 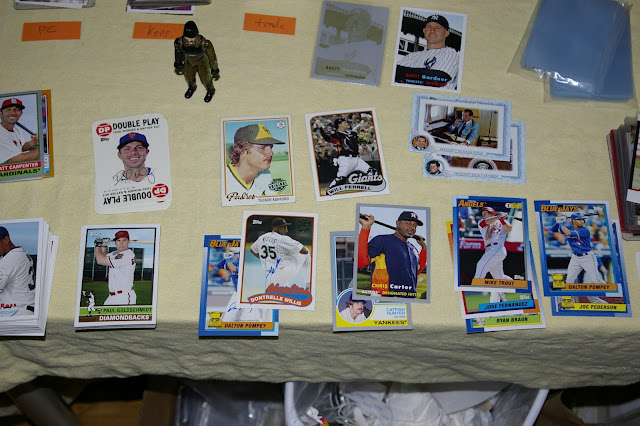 While the boxes didn't bless me with a super-sick-mojo hit, I did pull my first-ever 1 of 1... 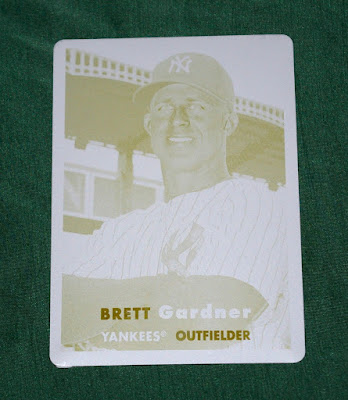 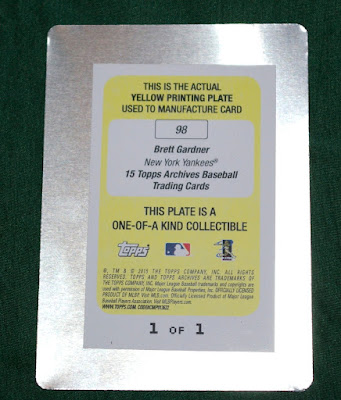 That's cool, I guess. Out of everyone on the checklist I could have pulled, Brett Gardner would definitely be near the bottom of the list (and yellow is the worst plate color), but hey, it's a 1/1 so I shouldn't complain. I don't care about the guy, so I've listed this on eBay. 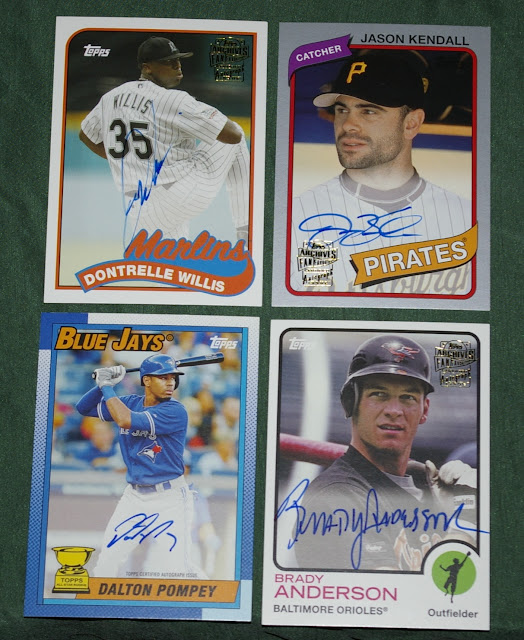 The autos I got weren't too impressive. The first one I pulled was the Dontrelle, and while not a big hit, I was happy to pull it. I always kinda rooted for him when he was playing. The Kendall is #'d 28/199, so that's kinda cool. I've put it on eBay to see if anybody would give me $30 for it, but if not, it'll likely end up with Bob Walk The Plank. Dalton Pompey? Gotta be the worst guy on the autograph checklist, but it's #'d 21/199. Sucks for me because I don't trade with Blue Jays collectors often (most of them live outside the US and I'm a pussy about international shipping). And Brady Anderson is ok, I guess, but definitely up for trade (and again, no Orioles collectors ever wanna trade with me, sadly). 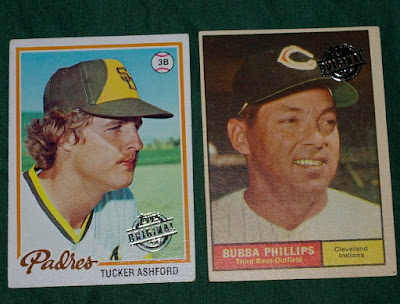 Each box had a buyback. Kinda cool to pull a Padre, but not a guy I've heard of. Both available for trade. 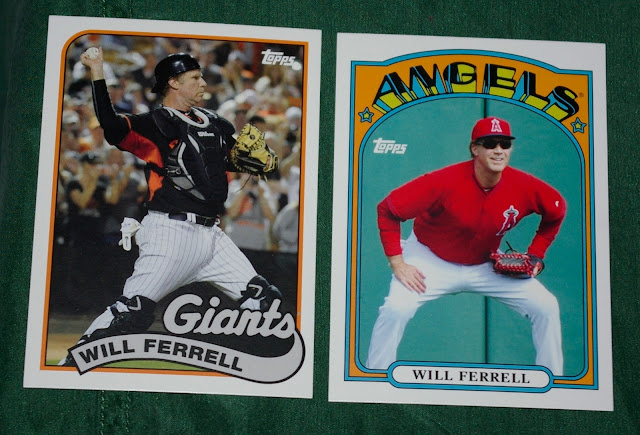 Each box had a Will Ferrell card. I would love to trade either of these for the Padres version. 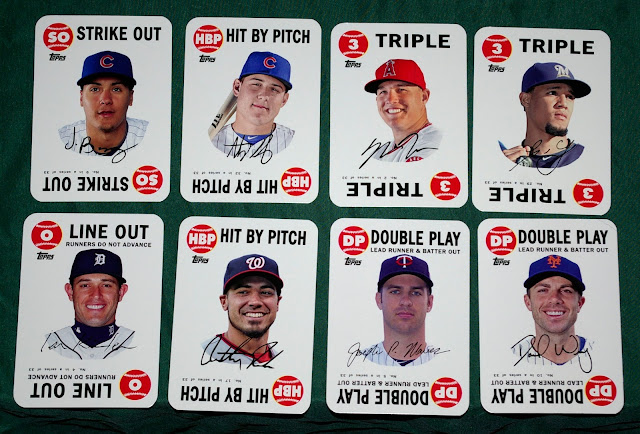 I was happy to pull the Trout, but the rest of these 1968 Game inserts are up for trades. 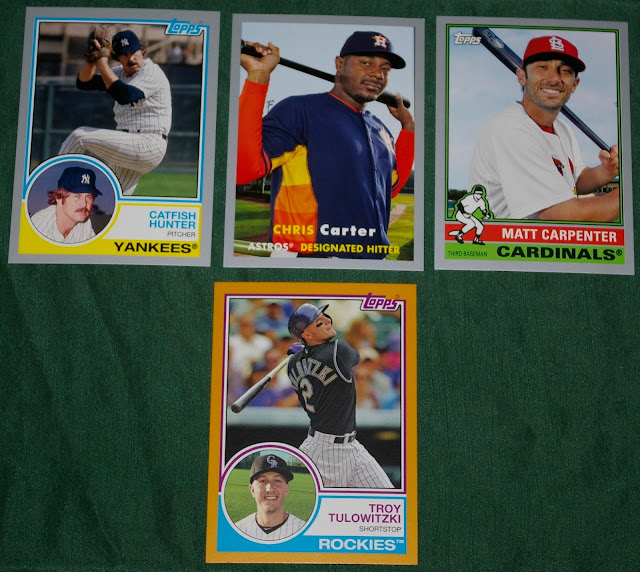 I got 3 "silver" (GREY!) parallels and one "gold" (RUST!). Previous years, these have been shiny cards, but Topps got lazy (LAZIER!) this year. The Tulowitzki is #'d 44/50 and is the third and final card from this break that I'm attempting to sell on eBay. The silvers are /199 and up for trade. 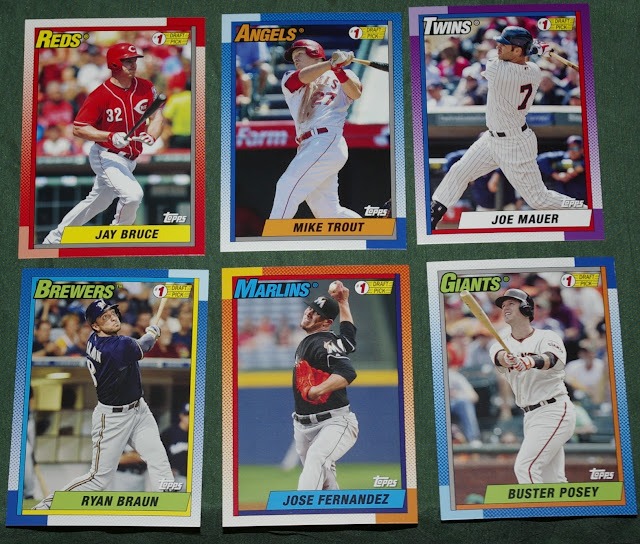 1990 draft pick inserts. I want the Trout and I guess the Fernandez, but the other 4 are available if you wanna trade. 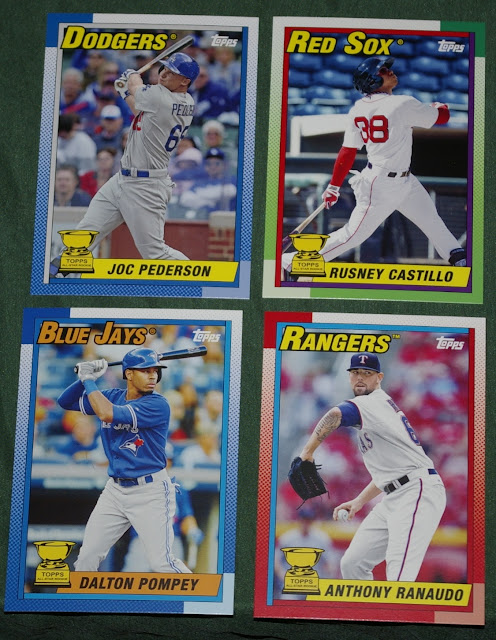 Rookie cup inserts. I'd like to hang onto the Joc and Rusney, but the other 2 are up for grabs. 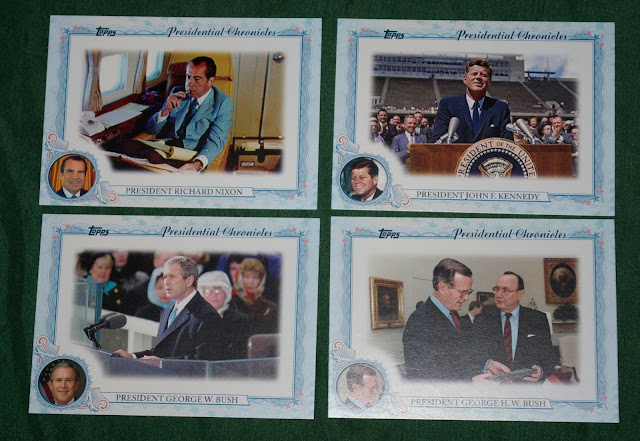 Presidents. The 2nd box was a Bush hot box, with both George H. and W. I don't collect presidents, so these cards are reserved for John Miller if he wants them. 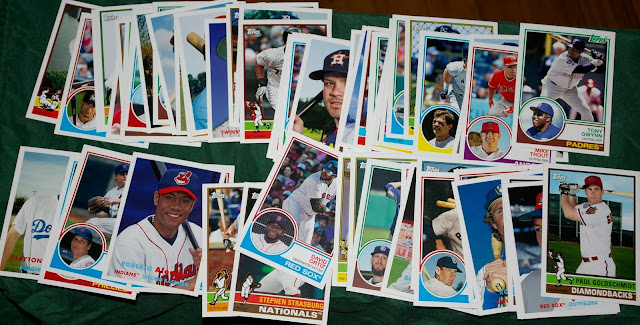 Between the 2 boxes, I probably came close to a complete base set (1-300), but I have no interest in that, so I just picked out the base cards I wanted (above) and the rest will funnel into my tradebox.

It should be noted that between 2 boxes I didn't pull a single gosh-dang SP! Jeez, more like SSP if they're that hard to pull. Not cool, Topps. Not cool.

As far as reviewing the cards, I think everything's already been said on other blogs. The cards are very thin.. for me, calling to mind 1990 Donruss. The fronts are fine.. nice designs and good pictures. The yellow text is often hard to see and was a bad choice (thinking of the Ray's 1983-style cards.. can barely read them.) The backs of the cards suck. They are dark and hard to read, and Topps truncated the "Complete Career" stats for guys with long careers. I HATE THAT. GIVE ME FULL STATS OR GIVE ME DEATH. And as I mentioned, the color parallels are terribly boring this year. No refractors to be found. And did they really need to use the 1990 design for two different insert sets?

That said, it was a fun break, and despite my better judgement, I'll probably do it again next year.

If you'd like to work out a trade, check my wantlist and get in touch. Thanks!
Posted by defgav at 10:02 AM