Here's a quick one-card post drafted a while back for a rainy day (busy week).

I picked up this numbered Red Sox refractor (as trade fodder for Mark Hoyle) a couple cardshows back: 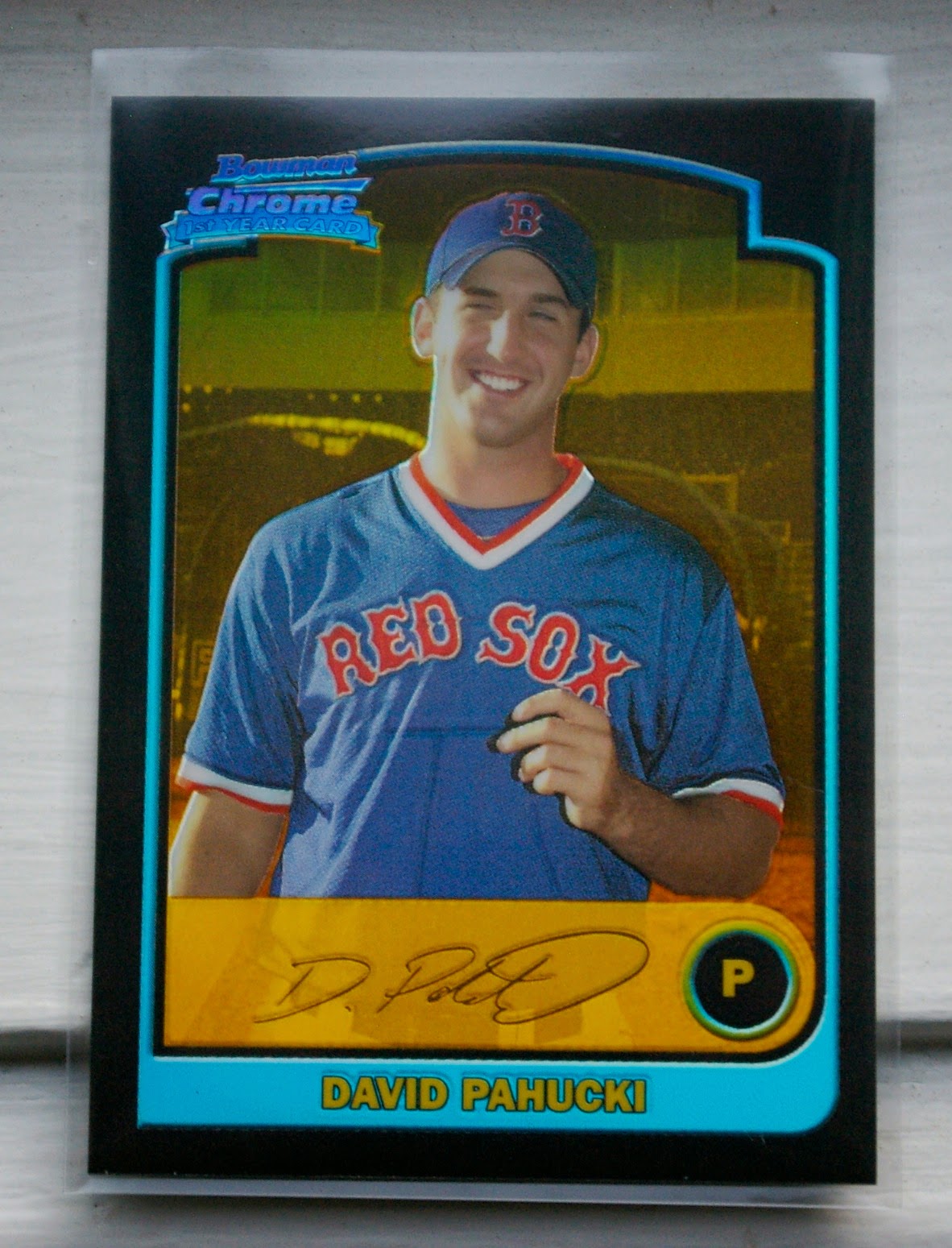 At first glance, it's just another Bowman card of a prospect who never made it past AA. But he seems to have an invisible touch. 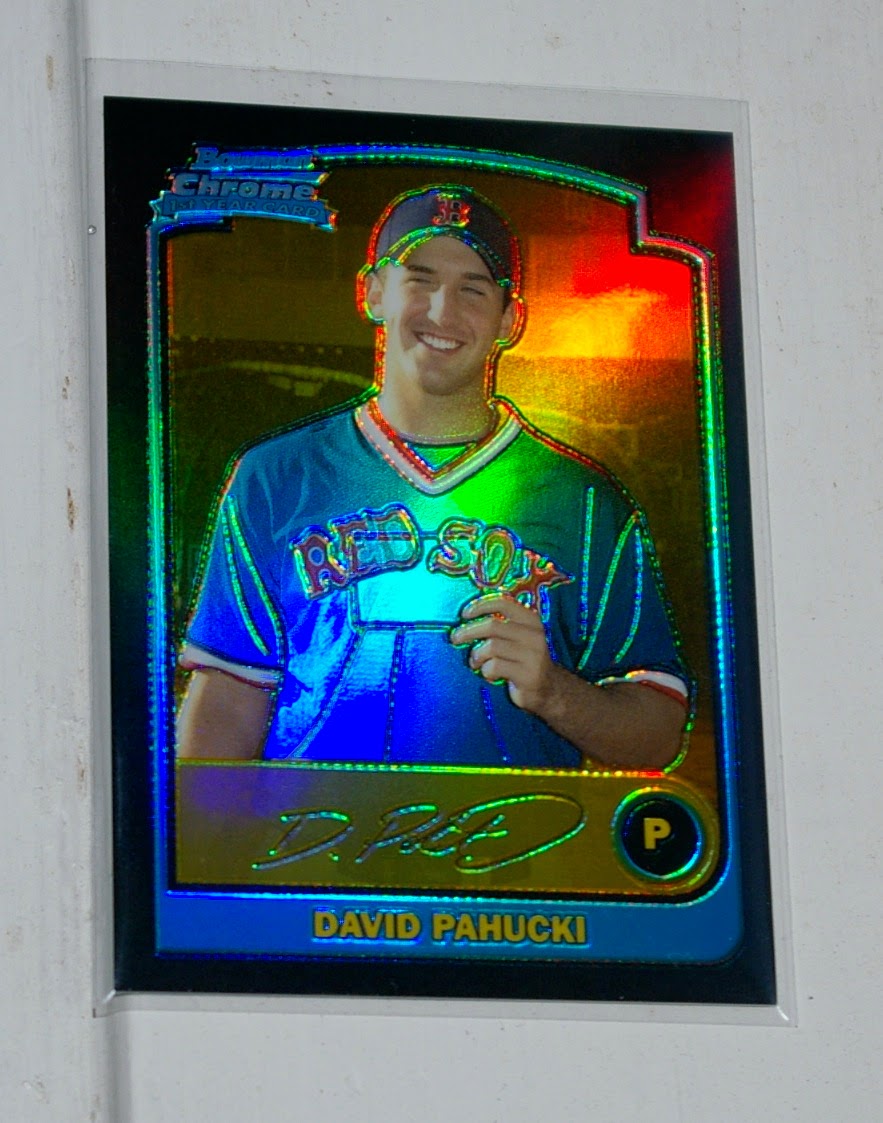 Check out those holofoil lines! David Pahucki here is obviously holding up a notecard; It likely had his name on it. Photographers will often have a player hold a piece of paper with his name on it for one shot in a shoot so they'll be able to identify him later on. See the official ugliest card ever, '96 Pinnacle Bob Hamelin: 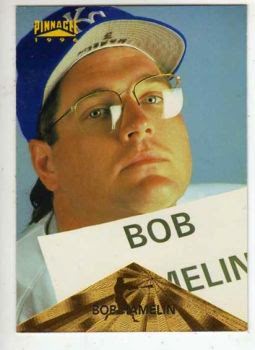 Anyways, I thought it was funny that the notecard in the Bowman card was photoshopped out, yet the ghost of it remains in the Chrome outlines. Bizarre. Apparently the result of a questionable photo choice and some miscommunication in the Bowman design department.

I wonder if anyone has a minicollection of "cards of guys holding their namecard in the photo." It's pretty rare, but I know there are a few out there, mostly minor league cards. I can't find any more off the top of my head (or google searching), but if you know any, please mention them in the comments.
Posted by defgav at 3:38 PM

Email ThisBlogThis!Share to TwitterShare to FacebookShare to Pinterest
Labels: Bowman