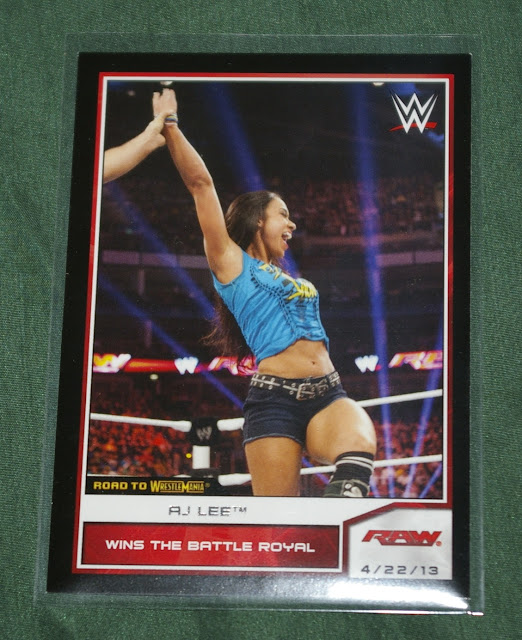 Leading with the eye candy, here's a new AJ Lee card for my collection. I heard she retired from the WWE recently. This was after she had been outspoken about equal pay for female wrestlers. Nice to see she's more than just a pretty face. Wishing her all the best his her post-wrestling life. (Being out of the spotlight, hopefully her card prices will eventually cool off to where I can pick up an auto reasonably. They used to eBay for around $30 just a year or so ago when I started collecting her, now it's more like $70, and we're just talking base stickergraphs.) 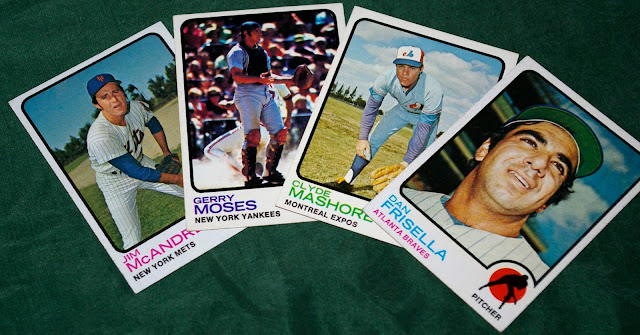 One seller had several auctions going for various 73's last week. I bid on many, and ended up with these 4. A little chagrinned that it turns out I already had them all-- could have sworn I checked my needs before adding each to my watchlist-- but these seem to be condition upgrades for me at least, so it's fine. 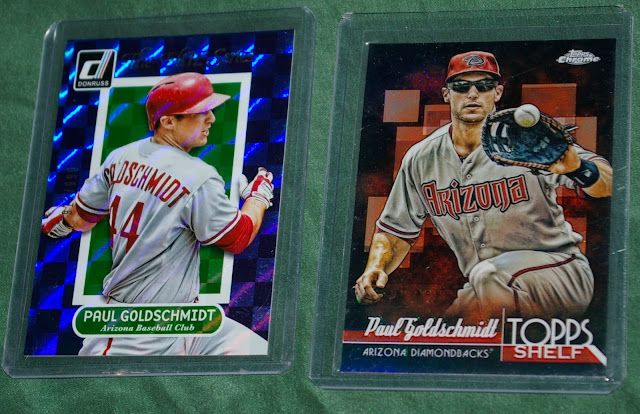 A couple swanky Goldschmidt inserts. Think I used Get-It-Now for each of these, sacrificing patience for some extra credits. 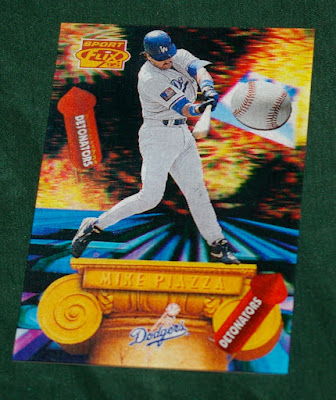 I got this one just as I was wrapping up my Piazza collection, so it's a little late to the party, but kind of a cool card. I didn't bother to make a gif, but it's a lenticular card with the explosions in the background moving around. 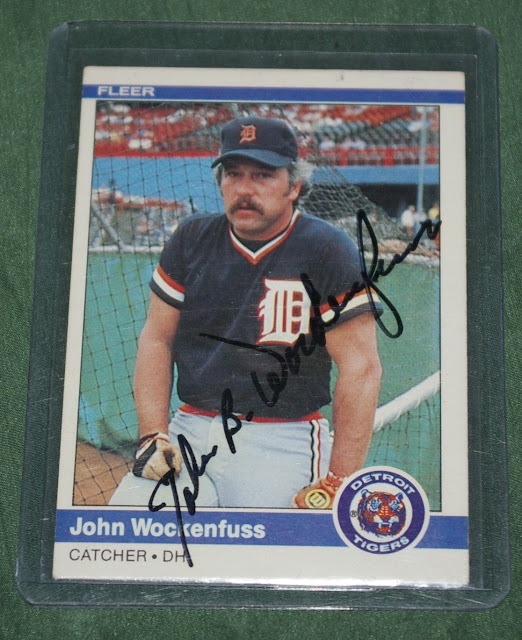 I opened the post with a sexy card, so now let's close it with more sexiness: an auto of the legendary silly-named great John Wockenfuss. Ain't it a beauty?

Thanks for taking a look. Catch ya next time.
Posted by defgav at 3:59 PM