I always love checking out other bloggers' through-the-mail autograph successes, but never got around to attempting it myself. That changed recently when-- spurred on a little by Zippy Zappy-- I decided to make use of the Johnny Omahen dupe I mistakenly bought last month. I was so excited to drop it in the mail that I immediately prepared a second TTM request to go out with it, this one to Brian Humphries.

I figured these guys were both low-hanging fruit, since they're not big names and probably don't get a ton of requests. Regular readers of this blog might have an inkling of why I'd be after these somewhat obscure guys... Yep, they both went to my high school. They're the only 2 active such guys at the moment, though another guy (Jordan Verdon) was just drafted by the Mets in the 24th round.. I'm not sure if he will/did sign or decide to go to college (SDSU commit).

But back to my TTM attempts, I didn't have autos of either Omahen or Humphries, so they'd be great additions to my Guys From Granite minicollection. I put both envelopes in the mail Sunday afternoon, so I guess technically they were mailed Monday, 6/15.

Fast forward to Thursday, 6/25, after a rough day that included the slapstick misadventure of getting a tomato cage stuck in my bicycle gears on the ride home (this seriously happened), the cloud of negativity engulfing me immediately cleared away when I saw my own SASE returned in my mailbox. 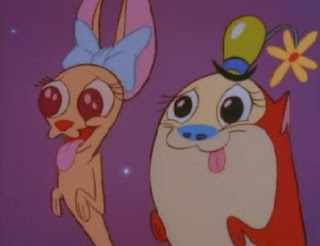 Glorious! I joyously tore it open and was greeted by a beautifully signed card. 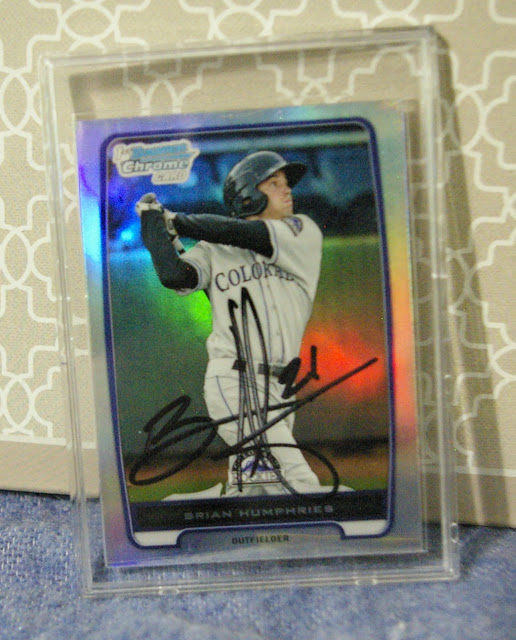 I happened to have a dupe of Brian's 2012 Bowman refractor, so that was the card I chose to send. And man, I'm glad I did, because it looks terrific. 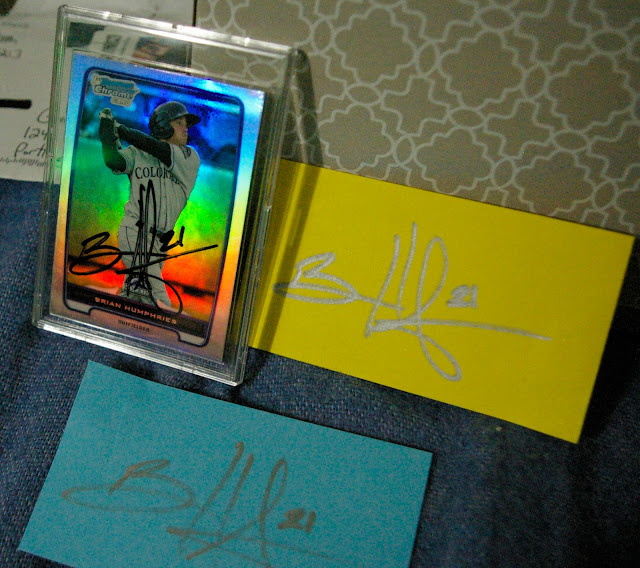 Since I'm a TTM newbie, I read some tips online, but still kinda felt like I was winging it. I read you're supposed to "rub down" glossy cards a little otherwise the sharpe may smudge. So I did lightly rub it with an eraser, but wasn't sure if that accomplished anything. I also included a couple notecard-like pieces too, both to ask if they could be signed (in case the card came out smudged, at least I'd still have an acceptable notecard auto) as well as added protection for the card. I put them together in a "card saver" and hoped for the best. Typically, I'd send a PWE with more protection than that, but I figure for TTMs you're better off keeping it simple. As I should have expected, the Card Saver wasn't quite up to the challenge of interstate travel and got twisted around a little. The card did arrive with a slightly bent corner, but luckily no crease, so it straightens out fine in a rigid case. One of the notecards took a little more noticeable damage, but not a big deal.

Now that I have his autograph, I'm feeling like a respectable Brian Humphries supercollector. I've already got his only superfractor (2012 Bowman Chrome is the lone mainstream set he's been included in). I just ordered another minor league card I needed of his. After that, as far as cards I know about, I'm only missing one minor league card from 2011 and the Bowman printing plates.

I sent the TTM card to the independent Sioux Falls Canaries, with whom Brian is having a solid season. It's going to be an uphill battle for him to get back on track to have a shot at making the majors, but I'm definitely rooting for him.

Thanks again, Mr. Humphries! I love the heck out of this card and genuinely would put it right up there in my eyes along with my Nolan Ryan autos, Willie Mays auto, and other hotshit cards in my collection. 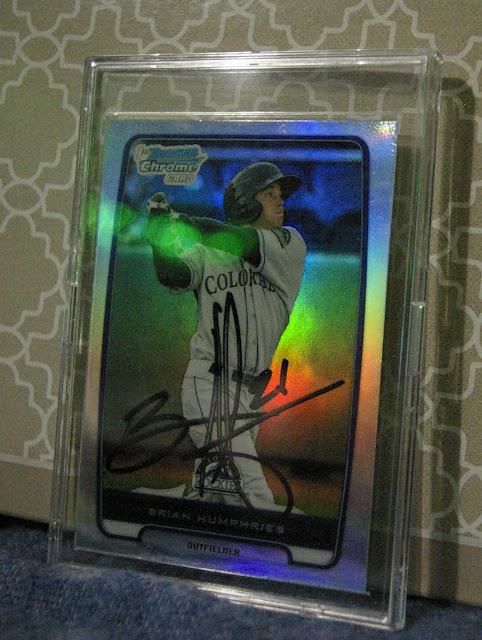 Hopefully the Johnny Omahen return is imminent as well, but I know this stuff isn't a sure-thing. But yeah, it's a wonderful feeling when a return shows up, and as I mentioned on Twitter, I can see how some guys like Zippy go nuts with TTMs. I've already got plans to do at least one more soon.
Posted by defgav at 5:33 PM