Is your Refrigerator running?

You may recall a couple weeks ago I showed off a shiny auto of the great, very-much-currently-alive William Perry. Well, around this time, I took a look to see what other certified autos he had out there. There really weren't that many for a big name like his. His most-plentiful auto was a 2011 Upper Deck College Football Legends card, which seemed to be priced around $30. There was one running auction for it much cheaper, so I put in a bid and ended up winning and getting out the door in single digits. 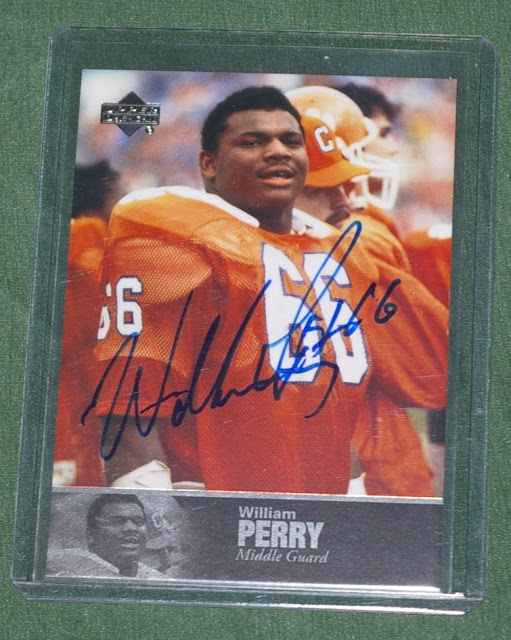 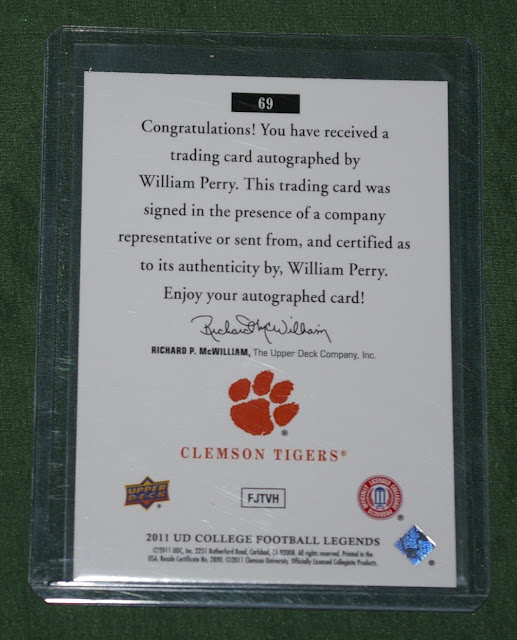 The seller was kind of weird. There was no indication that they had sent. A week went by with nothing. Then about 10 days after the close of the auction, the package arrived. They totally made up for their delay and lack of communication by including a bunch of bonus cards! 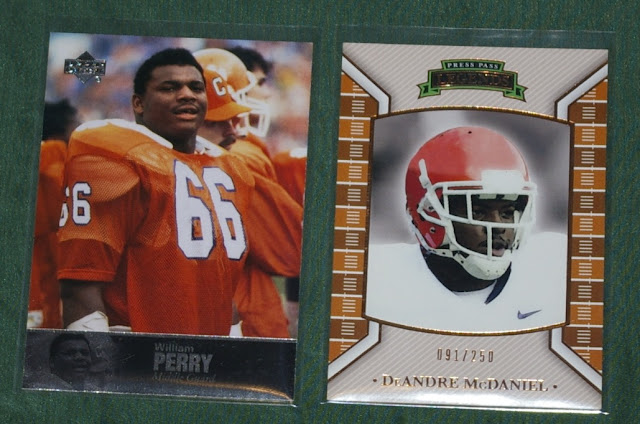 The best of the bonus were a base card of Perry, and a /250 card of someone named DeAndre McDaniel. 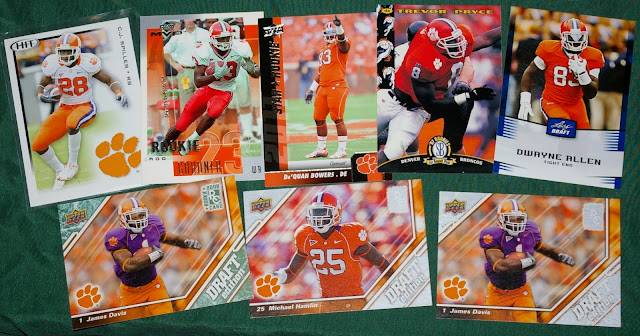 A bunch of other Clemson cards of guys I'm not familiar with. The seller must've assumed I liked The Fridge because he played for Clemson. Honestly, prior to receiving this package, I didn't even realize what college he attended. I'm not much of a college sports guy. I like The Fridge because he was a G.I. Joe...


...not because he was a Clemson Tiger. (And sure, he was pretty cool in his prime on Da Bears, too.) But hey, I'll never pass up free cards. 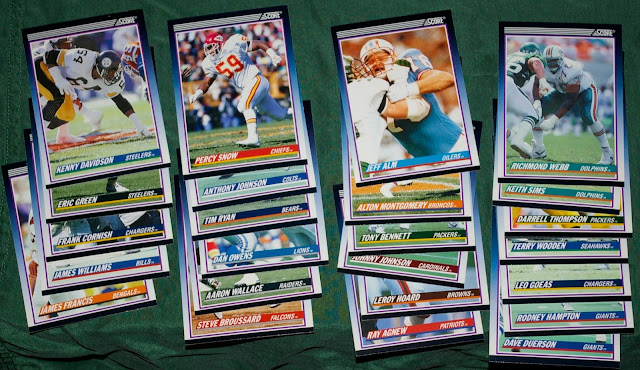 A bunch of junk Score, too! An unopened pack was included, which I quickly ripped. No big names jumping out at me here, but again, "If it's free, it's me, baby! The only thing I turn down is my collar." I can use these cards to add to the football team lots I post on Listia from time to time. (If anyone wants any of the non-Fridge cards in this post, I'd be happy to work out a trade.)

The most bizarre thing about this package is the seller just taped all the cards together. I'm talking packaging tape wrapped around the stack of cards.. directly on the cards! Luckily the Fridge was protected fine in a top loader, but the bonus Score cards on the ends couldn't be salvaged. No big loss, but still.. Hate to see cardboard casualties like that.

Trivia: William "The Refrigerator" Perry was the second living person to be made into a G.I. Joe figure, the first being former pro wrestler Sgt. Slaughter.

Hmm.. Should getting a Sgt. Slaughter certified auto be on my radar? Exactamundo!