A shiny haul of cards to check out

I accidentally put my cell phone (an old flip-phone) through the laundry recently. Dummy. After letting it dry a few days, I turned it on and surprisingly it was fine.. except that the display looked kinda like a Chrome atomic refractor. Honestly, it was pretty cool! Sort of a neat holographic thing going on, but still normal enough to where I could read it without too much trouble. Not that I recommend doing a load of laundry with your phone in it, but in hindsight I'm glad it happened, and I was a little bummed when a couple days later it was back to normal. It's like I had upgraded my phone from the base version to the atomic refractor parallel!

And along those lines, I'm a sucker for a cool-looking, shiny, colorful baseball card. I placed a COMC order last week-- call it a "Hooray, my new job seems to be working out fine and my supervisors like me" gift to myself-- and loaded up mostly on pretty parallels. 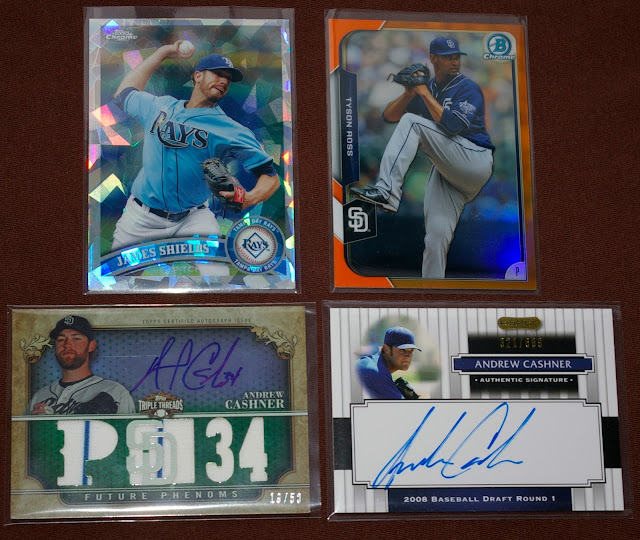 I feel it, guys! After 2015 was the first year a Padres batter hit for the cycle (thanks again, Matt Kemp!), 2016 could be the year a Padres pitcher finally throws a no-hitter. And these 3 guys are our best hopes. The James Shields atomic refractor gives you an idea of what the display on my phone looked like for those glorious couple days. The orange Tyson Ross is a Christmas Card (!!!), numbered 12/25 on the back. I'm hoping Andrew Cashner can bounce back from a down 2015, but at least his forgettable season means I could pick up this sweet auto/relic #/50 relatively cheap. What usually turns me off from the Triple Threads brand are the sticker autos for the vast majority of the autograph cards, so this on-card signature is much appreciated. The other Cashner auto card isn't as impressive looking, but it's got a big on-card signature and was too cheap for me to pass up. 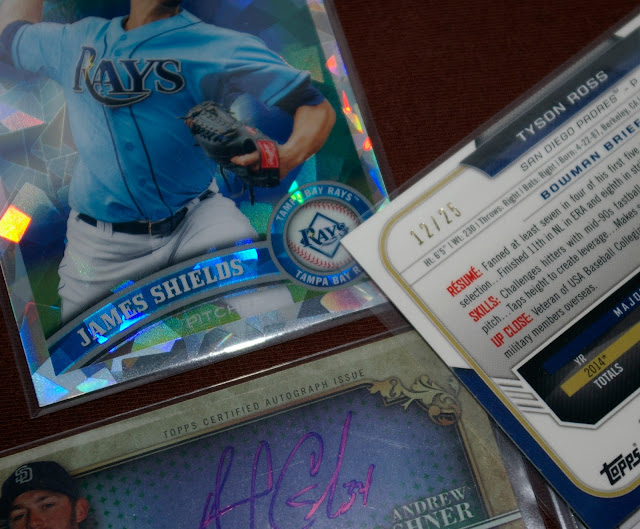 Next up is a trio of young Red Sox. Manuel Margot is a Padre now and has been turning heads in camp this spring. 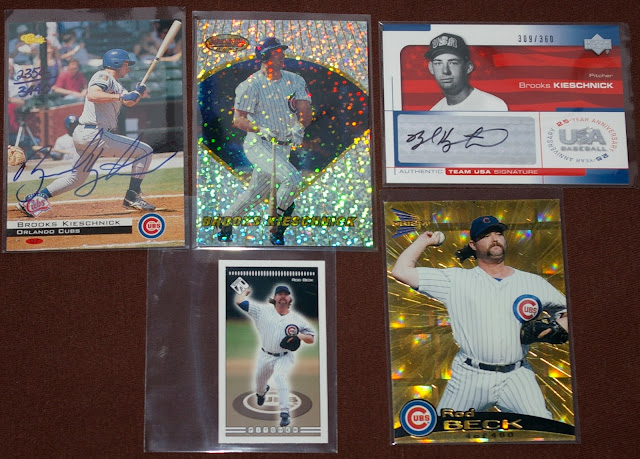 Here we have some Cubs including 3 pickups for my Brooks Kieschnick PC and 2 Rod Beck Pacific cards from 1999. 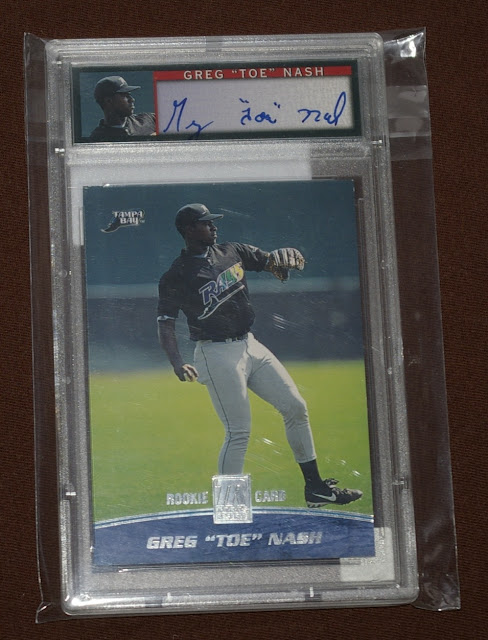 Finally, I wanted to pick up a Toe Nash auto, and this was the cheapest available. I guess 2001 Topps Reserve was weird in that the product included an already-graded card such as this in every hobby box, with the player signing the top label before encapsulation (the PSA grade is on the reverse; this one is an 8). So it's not quite an auto card in a strict sense, but still a certified autograph. 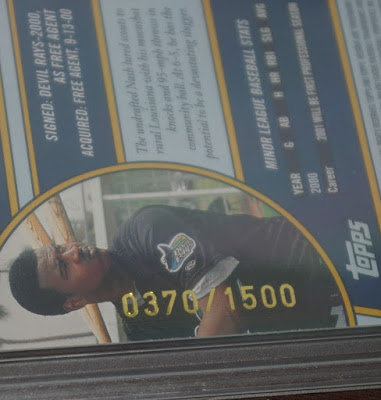 I learned about Toe's story thanks to a Dime Boxes post from 2014, and had been meaning to pick up a card or few of him since, but I always seem to forget about him when card shopping. But I finally remembered this time.

The rest of my COMC order was loading up on a certain monster of a player, but I'll save that for another post.
Take care, everybody.
Posted by defgav at 3:41 PM