I've gotten a couple generous trade packages over the past week. Let's take a look.

This first one is from Josh Bob, a relatively new guy on the scene who has been doing some trading but doesn't have a blog (yet?). You might remember his was the trade last week where my priority box to him did a couple laps across the US before being delivered. Well, once it finally did show up, Josh was so happy with the contents that he was compelled to throw together a few more cards for me to balance the scales. That's above-and-beyond trader behavior right there and very appreciated! 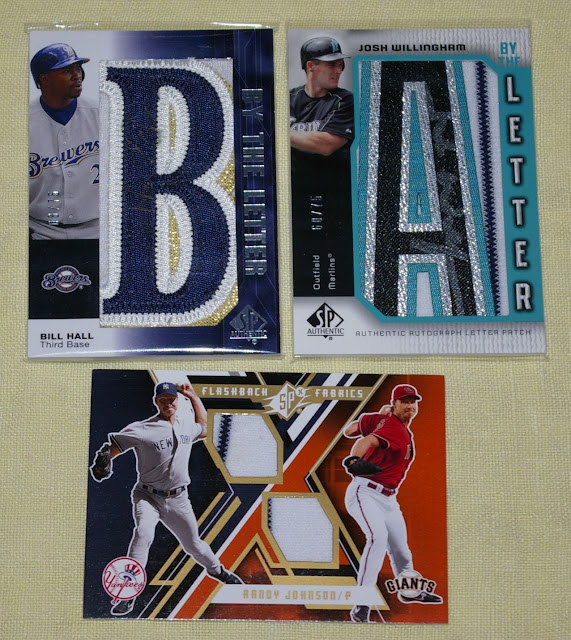 A couple steps towards my goal of spelling out BASEBALL CARD BREAKDOWN in letter patch cards! I can now spell ABA CARD. So I could use them in a post about the American Basketball Association. One more B and I can post about the 70s Swedish pop group. I'm not familiar with Bill Hall, and the autograph on his patch isn't very visible, but I'm still very happy about the card. And Josh Willingham I know most for being a top PC guy of Jaybarkerfan, and so it almost feels wrong for me to have this card and not send it to him. But oh well, he's probably got a few of them already. These are both #'d /75. And below them you see a very nice Yankees/Dbacks/Giants Randy Johnson dual relic with a pinstripe and a half. Thanks to cards like this, my Big Unit PC is looking pretty good these days.. Now if only he would sign more autographs so the prices would dip into a reasonable price range. I'd love to top off that PC with an auto one of these days. 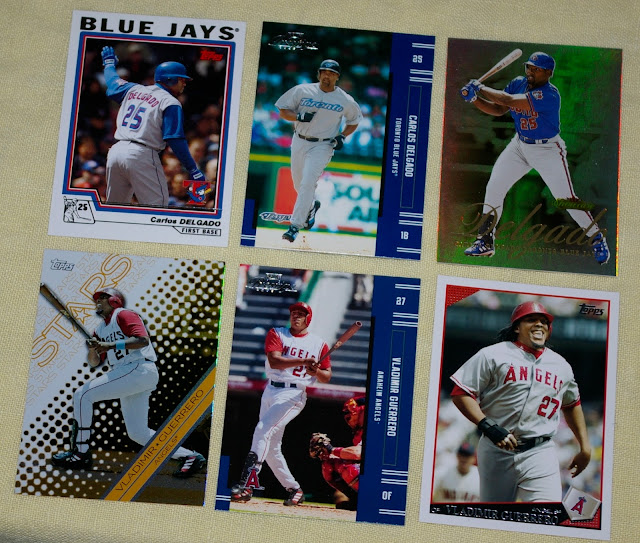 A couple turn-of-the-millennium mashers in Carlos Delgado and Vlad, both beasts in their prime. 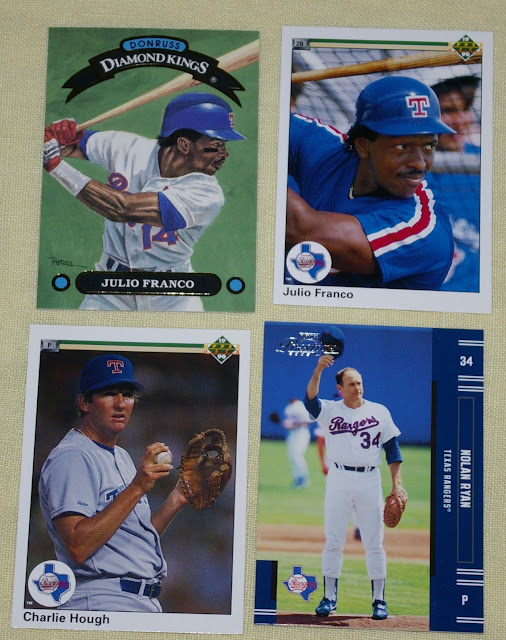 Some Texas Rangers I collect. 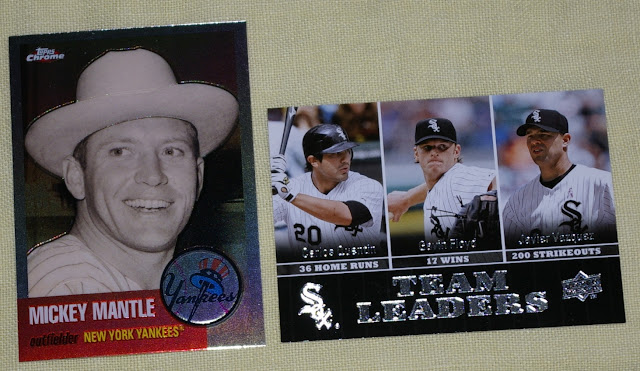 Gavin Floyd on a team leader card, plus a Mantle from the era when Topps would seemingly put every photo of Mickey they could find onto a card. I'd like to think that hat is made of nachos and there's cheese dip in the top. 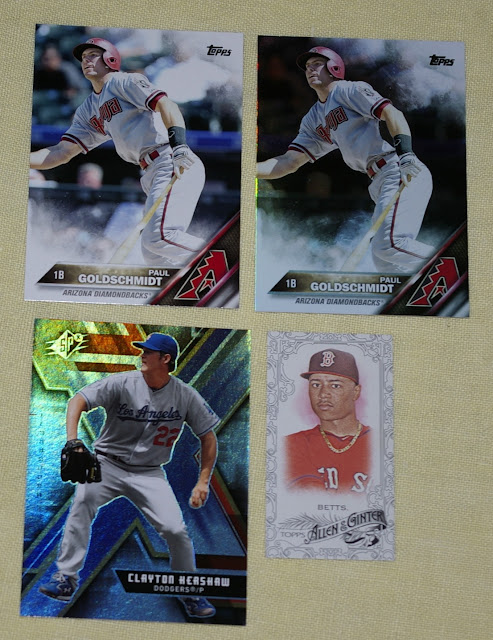 A couple Goldies including a 2016 Topps rainbow foil parallel, plus an shiny early Kershaw and a Mookie Betts black-border mini. Nice! 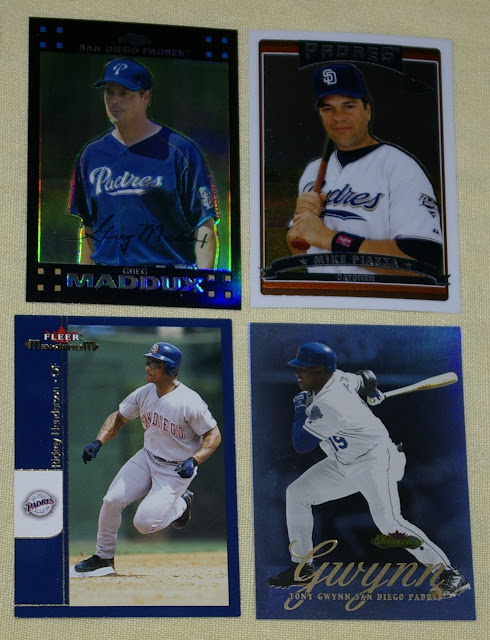 Pads in the Hall. 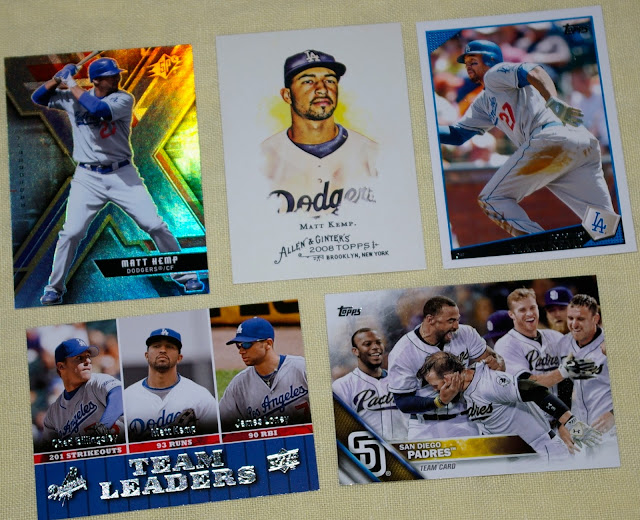 A nice lot of cards for the Matt Kemp PC. 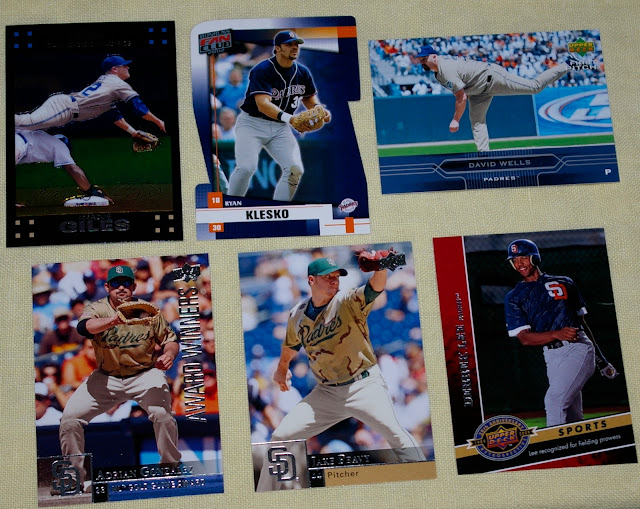 And we wrap up Josh's follow-up package with a few more Padres I collect. Big thanks for the generosity, Josh! I'll definitely be keeping an eye out for cards for you.

The other trade package to feature in this post was a surprise mailing from Jeff Jones of the blog Wish They Still Came With Bubblegum. He's quickly made a name for himself as a guy you want to get into your circle of traders. 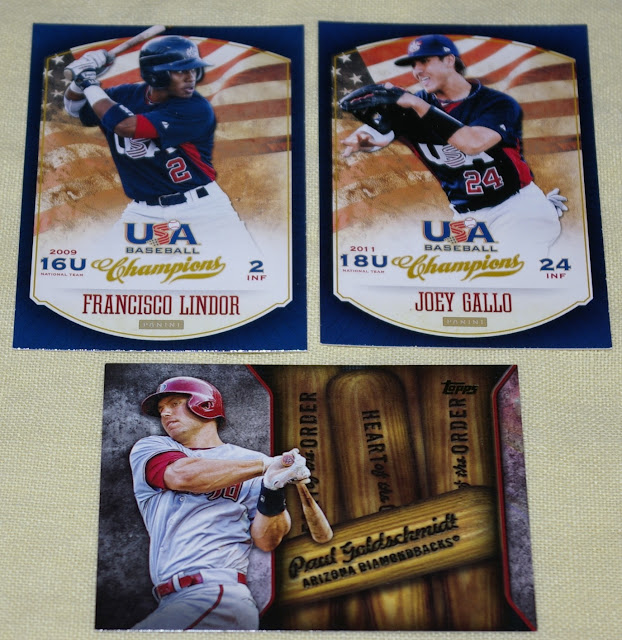 A couple Team USA cards of young guys to watch, plus a Goldy insert. Lindor was the AL ROY runner-up last year, while Joey Gallo still needs to prove he can hit major league pitching.. but when he gets ahold of one, he crushes it. 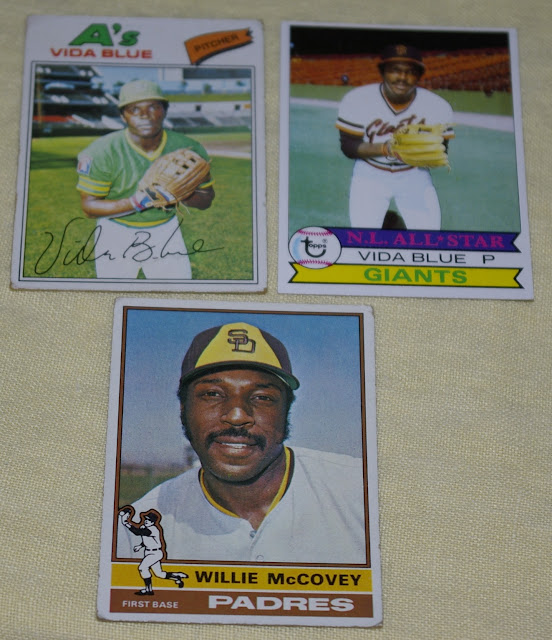 Some vintage to spice things up, with a couple Vidas and a McCovey. 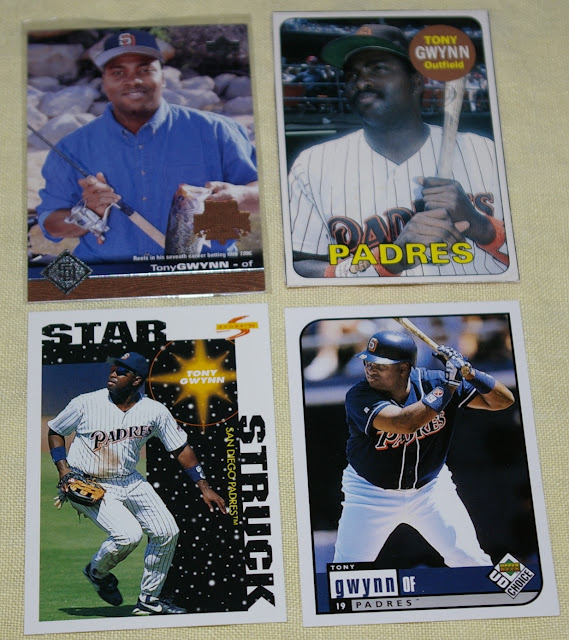 Nice lot of Gwynns including the classic what the..? "fishing" card, and a cut-out oddball in the style of 1969 Topps. 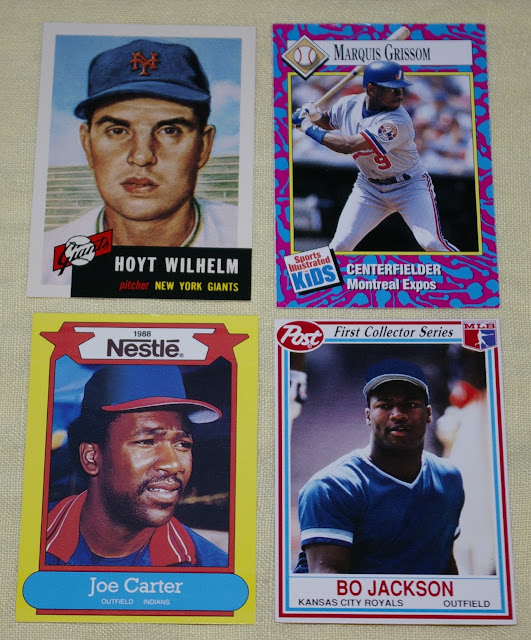 A Hoyt reprint and some great oddballs. 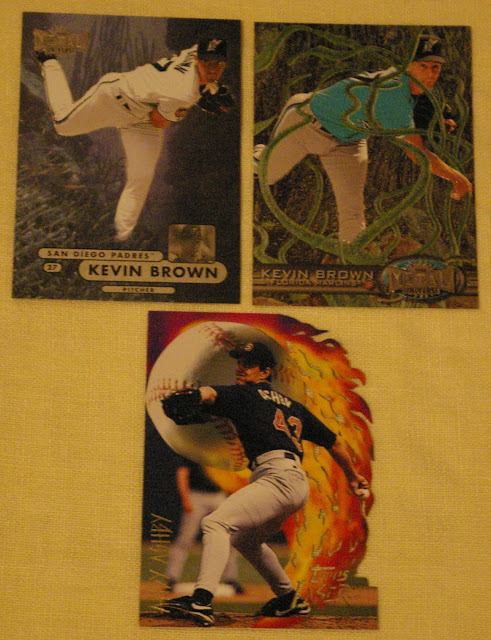 Some neat looking cards of a couple guys who anchored the Padres' rotation during the pennant-winning season of 1998, Kevin Brown and Andy Ashby.

And the jewel of Jeff's package: 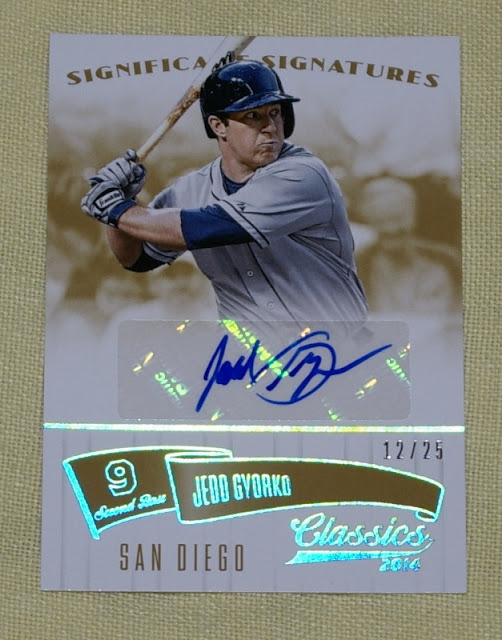 At first I saw this card and thought, "Nice! A Jedd Gyorko auto." Then I did a double take when I saw it was a Christmas Card(!!!) It's always much appreciated when I get a 12/25 card from the cardsphere, regardless if it's a Tony Gwynn auto or a card about blisters. But yeah, it's extra awesome when it's a player I collect, such as Gyorko.

Jedd is an interesting case for me, collecting-wise, as he's the first guy since my 2012 return to the hobby who I started PCing while he was with my hometown Padres, and then he got traded away. It happened back in the day with the likes of McGriff and Bip. While the Cardinals are among my least favorite teams, I'll still be rooting for Gyorko to do well, and I'll keep on collecting his cards, at least casually. I mean, I still collect/root-for Adrian on the Dodgers and Peavy on the Giants, both gone from San Diego before I started collecting again, and both currently on "hated rival" teams.

Anyways, big thanks, Jeff! Very nice of you.  I'll do my best to round up a decent return package for you shortly.
Posted by defgav at 4:14 PM