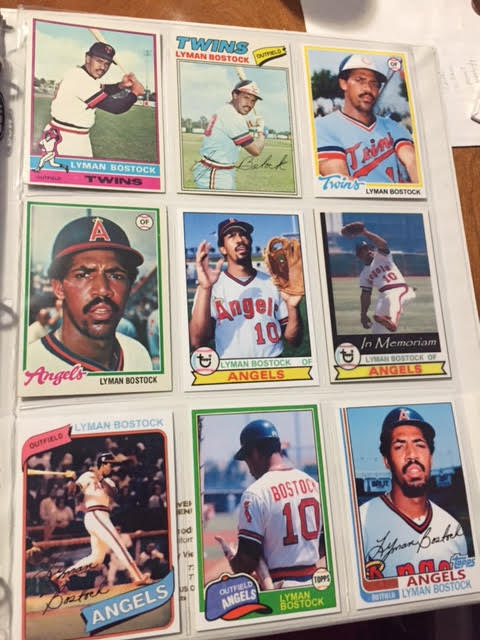 You baseball historians out there surely know the name Lyman Bostock. But younger guys and not-as-obsessed baseball fans may be less familiar with his story, if the name even rings a bell at all. I'll admit I only learned about him in recent years via the cardsphere.

Lyman was a rising star in the mid 70s, but his life was tragically cut short in a case of being in the wrong place at the wrong time. To read about his story, I encourage you to spend a moment on his Wikipedia entry or if you've got the time, there's a nice SABR bio.

A while ago, a reader I had traded with a year or so back named Nolan inquired about commissioning some hardcopy customs from me to help fill out his Lyman Bostock PC. I think I was able to sufficiently deliver on his requests to his liking. I can't take all the credit, as he supplied the photos and requested which designs for which, and I basically just had to piece them together and print them out. The toughest part was the backs, and as somewhat of a cop-out, I didn't include stats and such, as that's really what ends up taking the most time. Nolan gave me his permission/encouragement to share them here on the blog, so let's take check 'em out. 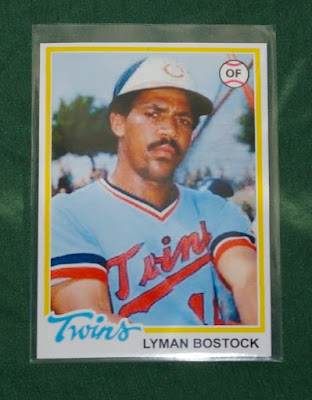 Lyman's real 1978 Topps card features him airbrushed into a California Angels uniform, with whom he had recently signed as a free agent. This here is what his card may have looked like if Topps wasn't so concerned with being up-to-date. 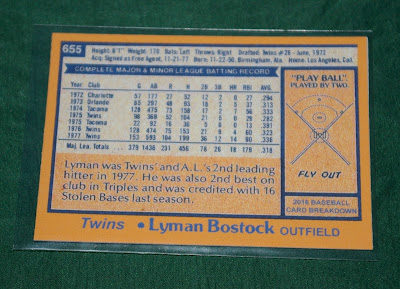 The back is pretty much unchanged except for the bottom text. 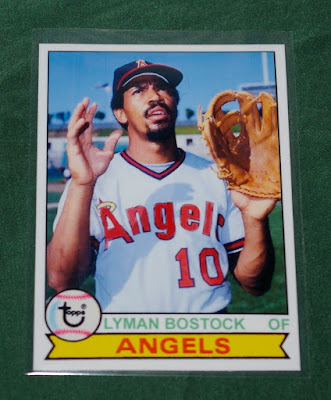 And here's a 1979 Topps card that never was. This photo had a pretty big watermark over it, and not to toot my own horn, but I think I did a pretty solid job of cleaning it. 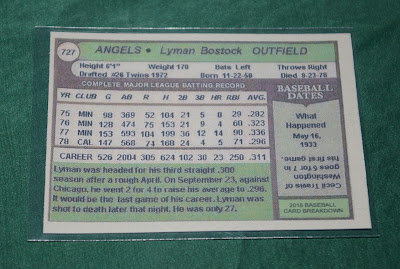 Nolan supplied the back for this one, which saved me a lot of time. I just added the "2016 Baseball Card Breakdown" text. 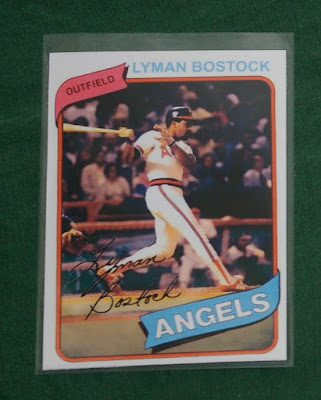 This could have passed for a legit 1980 Topps card had things worked out differently. This photo also had a watermark, but it wasn't too tough to clean up. The tricky part with this one was the facsimile autograph, but Nolan provided me with a crisp picture of a signed index card that was perfect for the job. 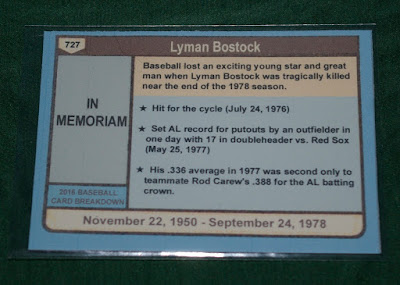 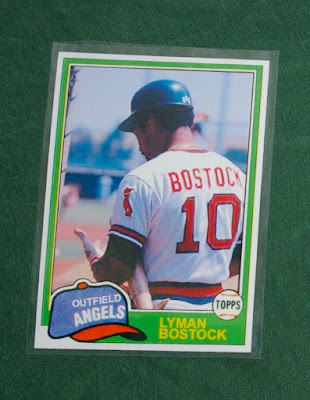 Again, imagining Lyman hadn't been gunned down that fateful night in 1978, this may have been what his 1981 Topps card would have looked like. Great on-deck shot. 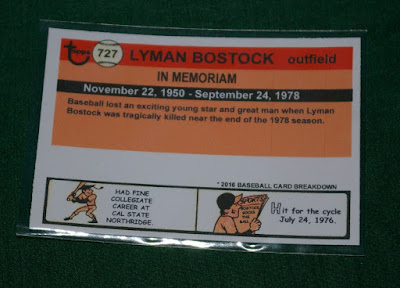 The cartoons might seem a little out of place on a memorial card, but I like 'em. The newspaper headline reads BOSTOCK SOCKS THE BALL. 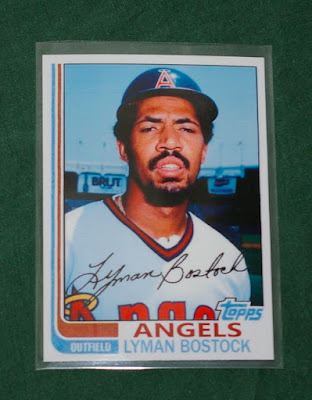 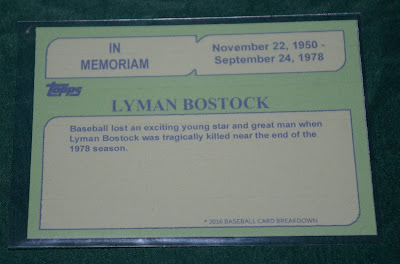 The picture at the top of this post is of Nolan's completed Lyman Bostock binder page, including his real cards and what seems to be a '79 custom made by someone else. They look great all together there in a page!

I'd be happy to spread some more of these around and do my tiny part to help keep Lyman's memory alive, so get in touch if you'd like to work out a trade for any of these customs I've made.

Thanks for reading and have a great weekend, everybody.
Posted by defgav at 9:54 AM