Let's check in with the vintage sets I'm working on. After completing 1973 Topps last year, I haven't really been actively going after vintage set needs (--that is to say, I haven't been buying them online), rather letting cards trickle in via trades or stumbling upon singles at card shows.

My vintage buddy Kevin G. hooked me up with a couple '57 Chevy's Topps for that "someday" setbuilding project of mine. 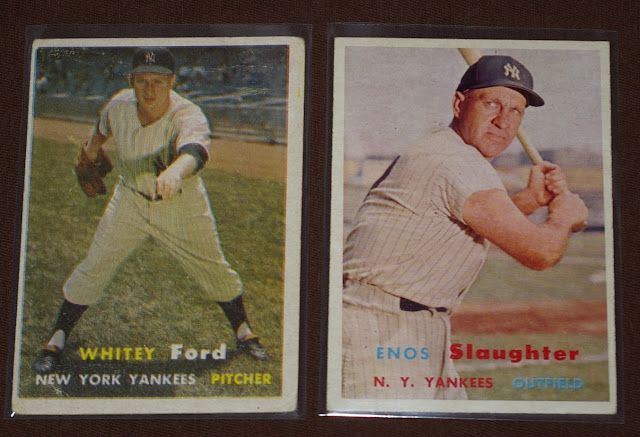 Not just a couple old-timer commons, but HOFers! Whitey Ford and Enos Slaughter. Pretty nice condition, too! I haven't put together a wantslist for this set yet as I only have maybe a dozen cards so far, but one of these days, after I knock off one or two of the other vintage sets I'm currently working on, I'll probably get serious about it.

Advancing through time a bit, I got a couple '64s from GCRL. 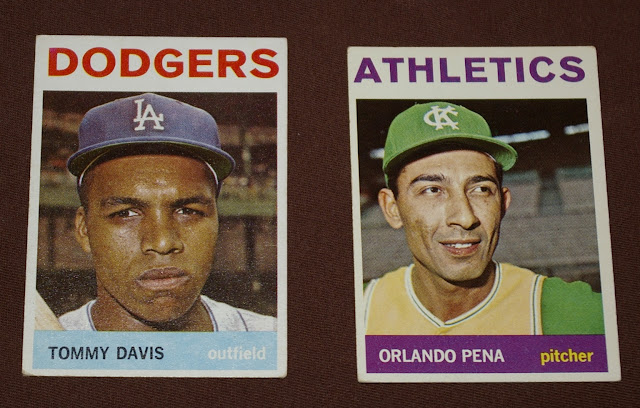 Believe it or not, we finally got around to trading for the very first time. Actually, the trade isn't completed yet as I still need to send my side, but I'll get to that this weekend. I'll show the rest of the cards he sent in my next trade roundup post.

I'm now at 27.5% complete with 1964 Topps. Not bad for not trying too hard with it yet. This is still pretty much a "back burner" project for me.

But there's been progress on the 1971 front! 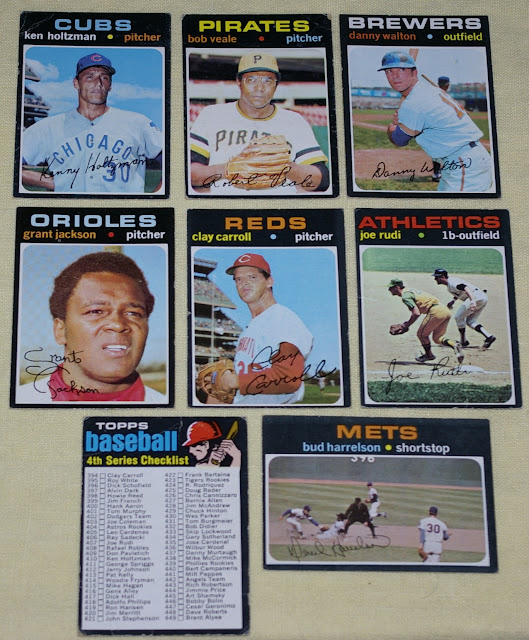 These were also from GCRL. Cameo by Nolan Ryan (#30) on the Bud Harrelson card. 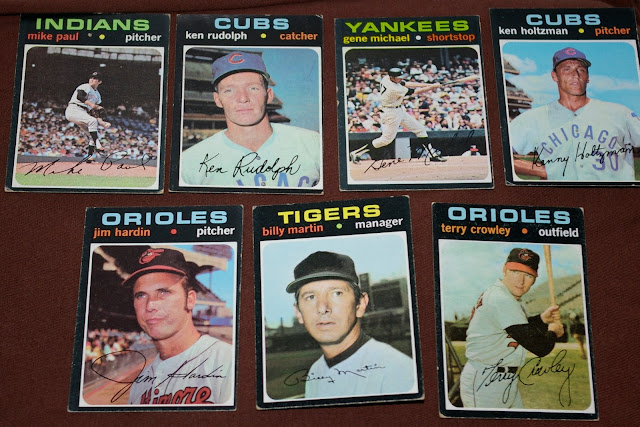 And these were from Kevin G. Looks like Billy Martin is the best-known name here.

I'm just a hair away from 80% complete with 1971 Topps now (and a pending trade with GCA will hopefully put me over that 4/5ths threshold). I'm not in any rush, but it'd be nice to hammer down this set within the next year or two.

Big thanks to Kevin G. and GCRL for their assistance!
Have a great weekend, everybody.
Posted by defgav at 4:01 PM