As mentioned in my latest card show recap, among my haul this past weekend was a blaster of 2016 Topps Chrome.
Let's check out what it had in store for me. 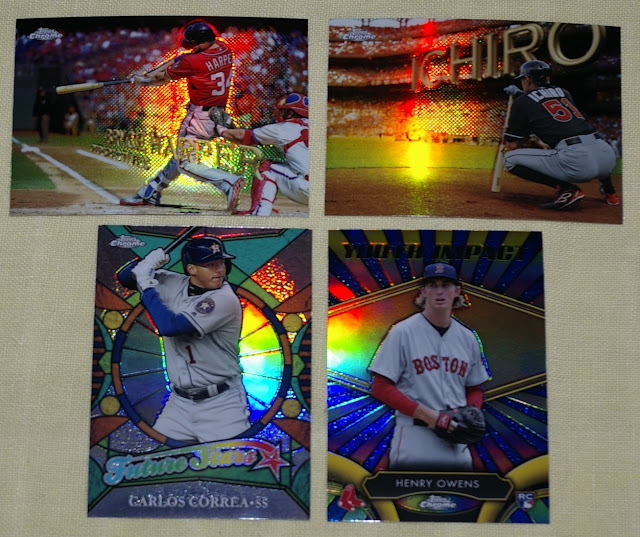 Shiny inserts! Some good ones here, with only one dud. Henry Owens has really been shoved down collectors throats this year by Topps, but not even Boston fans like the guy. Here's a random sampling of tweets.. 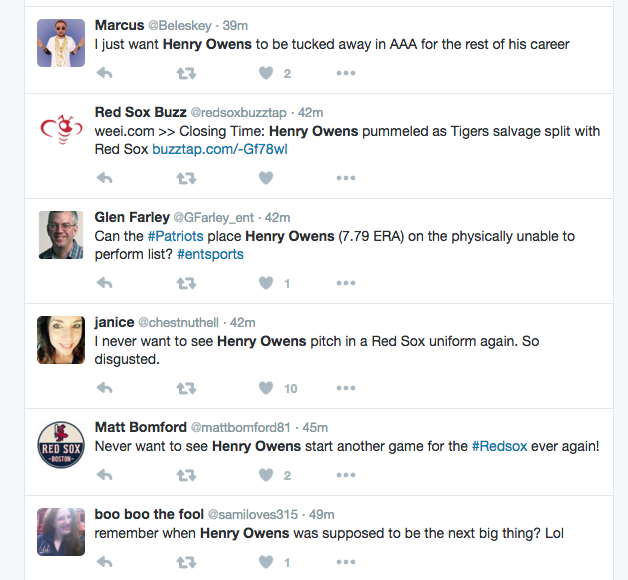 Ha! Oh well, the Harper and Ichiro Perspectives are cool, as is the faux stained-glass Correa. 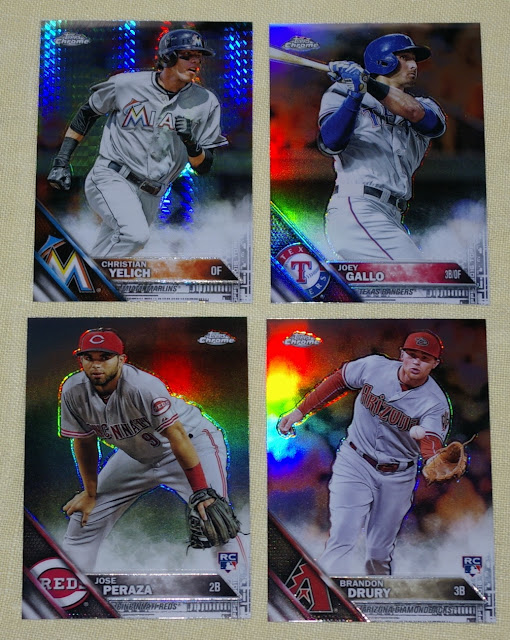 I was a little bummed not to score any fancy/numbered parallels, but got a few refractors. The Yelich is a "Prism refractor" which Topps should have said fuck-it and called it a Paninifractor just to be dicks. Personally I call it a "new xfractor" (since they do these now instead of xfractors) or maybe a reptile-fractor since it looks scaly like a snake or lizard. Fishfractor! Whatever, it looks cool dancing in the light. I was happy to get the Joey Gallo, though the chances of him becoming a top-tier major leaguer are starting to feel fleeting at this point. The other 2 are available for trade. 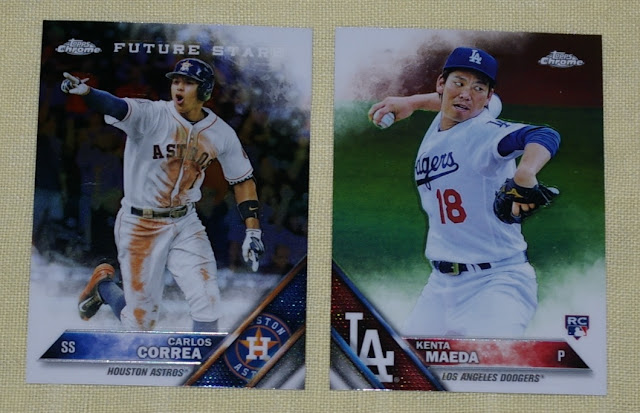 As for base cards, here are a couple good pulls.

More keepers for my collection. 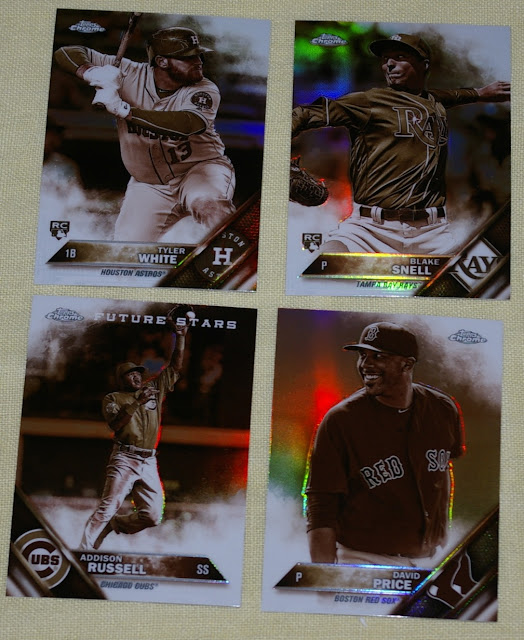 The pack of bonus sepia refractors sadly didn't really have anything for me. I guess I'll hang onto the Snell. Everytime I see his name I think "schnell! schnell!" in a German accept and it makes me smile. I guess it means "quickly" and it's a pop culture reference or something. But yeah, the rest of these are available. 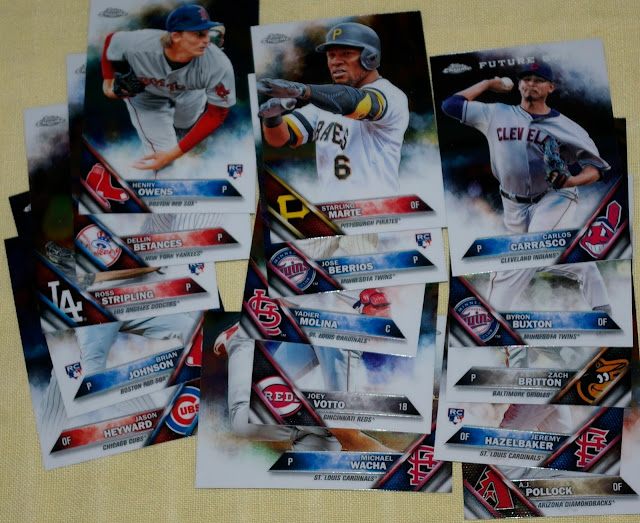 And here's the rest, all available for trade. Ol' Henry Owens stinks up the joint yet again. Don't even get me started on my intense rage at Topps for bestowing the "Future Stars" label on a 29-year-old who's been in the league since 2009. I hope someone was fired over that pathetic gaff given a strong talking to by their department manager. A Future Star is a promising young player with no more than a year or two of service time in the majors. Simple as that. There is no further discussion here. How has Topps been screwing that up so bad these past couple years? Carlos Correa and Addison Russell? Yes. Carlos Carrasco? No.

So there you go! A few keepers for my collection and some trade fodder. Not the best use of $15, but better than $19.99, and still a fun break. Just let me know if you want to trade for any available cards.

And speaking of trading, now's a good week to ship out cards because the cost is going up soon. On 8/28/16, postage rates go up on First-Class Mail Parcels weighing 1-3 ounces, which is a typical bubble mailer with a nice bundle of cards. (I don't know, maybe like 25 or less cards?)

Boo inflation. So yeah, just a heads up to all you traders out there about the upcoming postage hike on a parcel type that's commonly used for sending cards. If you've been meaning to swap cards with anyone, you might save yourself a few cents by getting them in the mail by the end of the week. Rates for other parcel weights are unchanged at this time, as far as I know.
Posted by defgav at 3:19 PM