Andy from Ain't Nobody Got Time For Cardboard and I just swapped like a couple weeks ago, then he strikes back with another heck of a package. 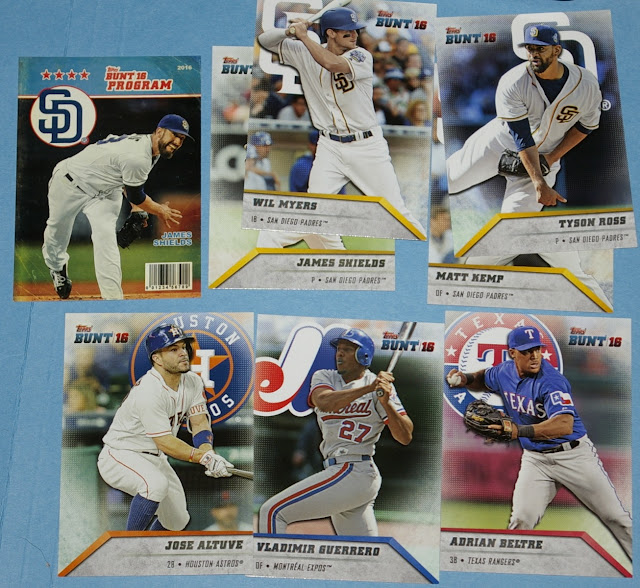 My first face-to-face encounter with Topps Bunt! I agree with most collectors saying it's a solid low-end product. I wish they would have called it something less confusing, though. 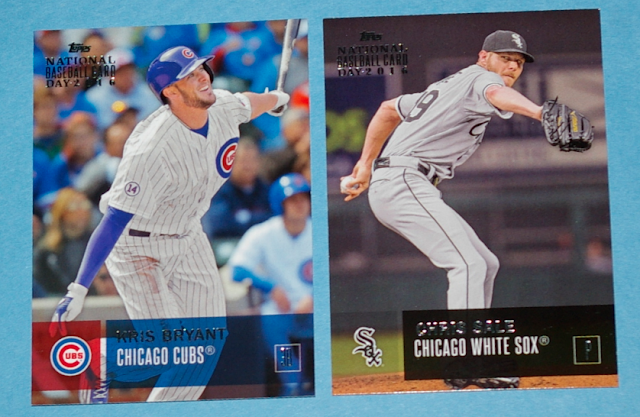 I missed out on National Baseball Card Day 2016, but thanks to Andy I've got a couple favorite adopted sons of Chicago to represent the holiday in my collection. 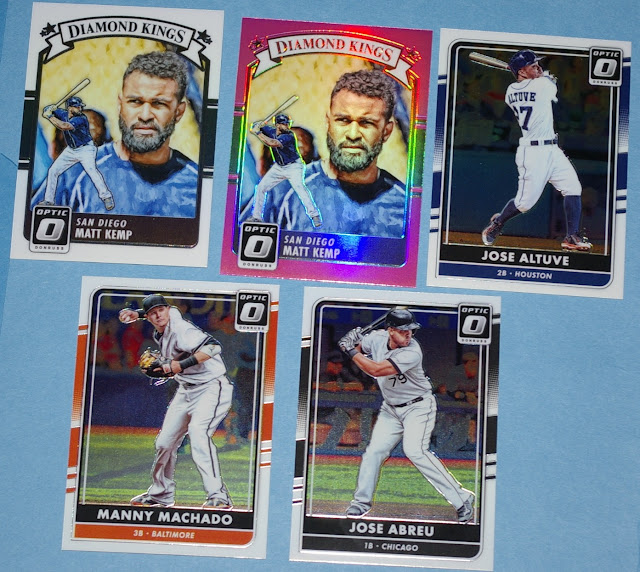 Wrap your eyes around these Optic cards. Hey, that Matt Kemp DK just made an appearance on the blog yesterday. Nice to have another one since yesterday's is ticketed to Twitch in trade. The bubblegumfractor parallel looks pretty nice here in the light.
Hey speaking of Jose Abreu, the other day a serviceman emailed me offering to sell me an incredible Abreu PC. I had to decline, since #1 Abreu is more of a passive PC for me (nice to get in trades, but I don't hunt down / pay for cards of him often), plus I've been spending too much on cards this month. And I don't tend to go for unsolicited sales emails from strangers, as that can be dangerous. But if any of you guys are looking for a sweet lot of Abreu autos and whatnot, let me know and I'll put you in touch with the guy. 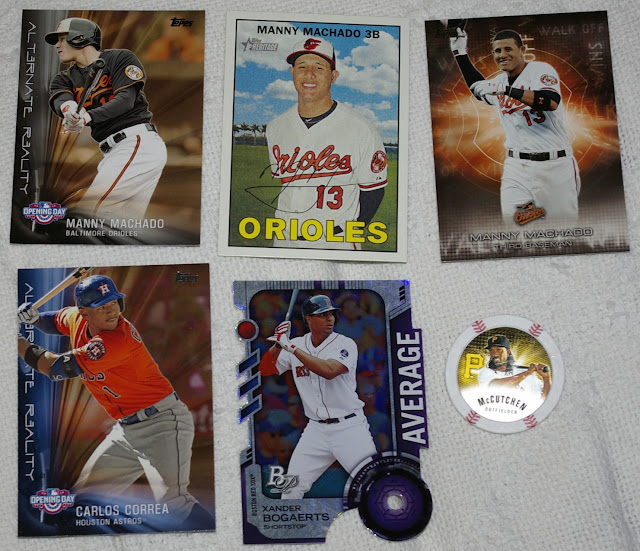 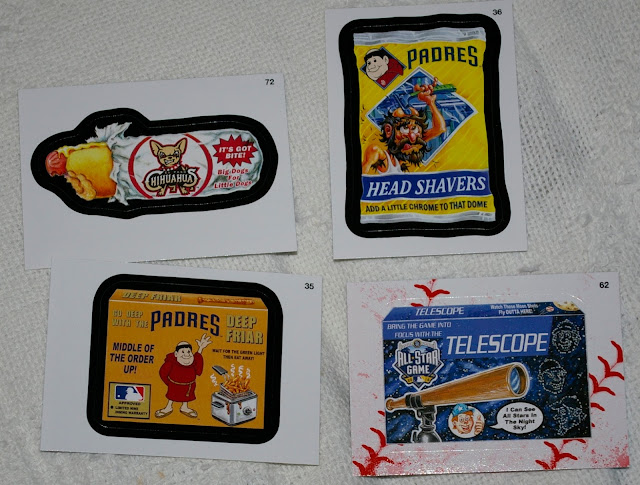 These are cool, though I've never been a big Wacky Packages guy. They were cool back in the 70s. Then there was a reboot that was too gross. Then the recent reboot was too tame. 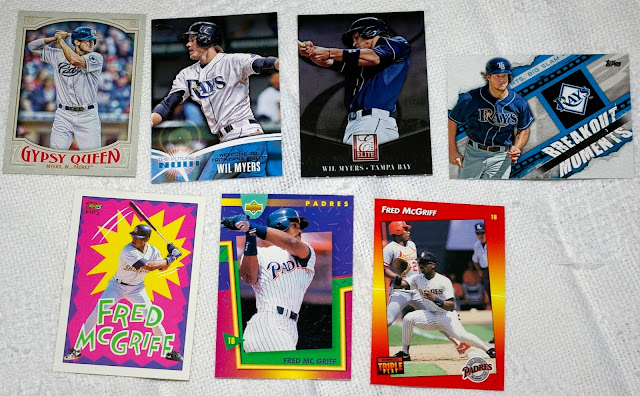 If you're coming up with a list of all-time Padres first basemen, you gotta have Wil Myers and Fred McGriff on the shortlist. 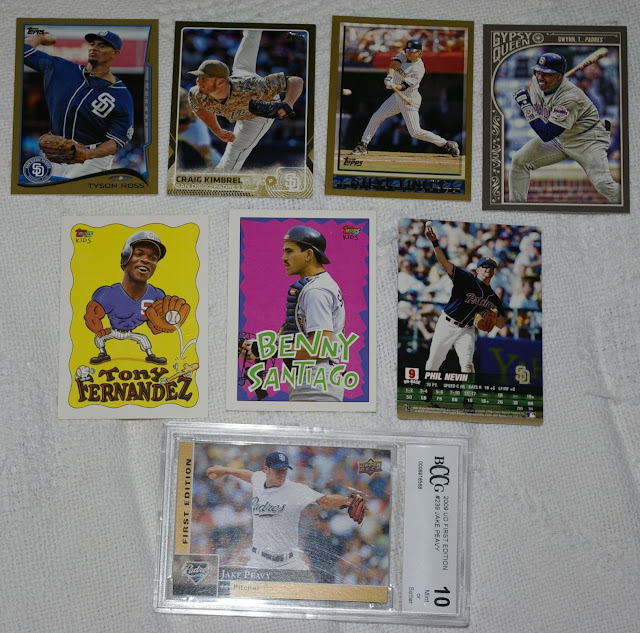 More stars of the brown & gold, with emphasis on the gold. Nice encased Peavy for my PC.. Always get a kick out of slabbed cards that aren't worth the fee to have them graded. Gotta wonder what people were thinking when they submitted them. 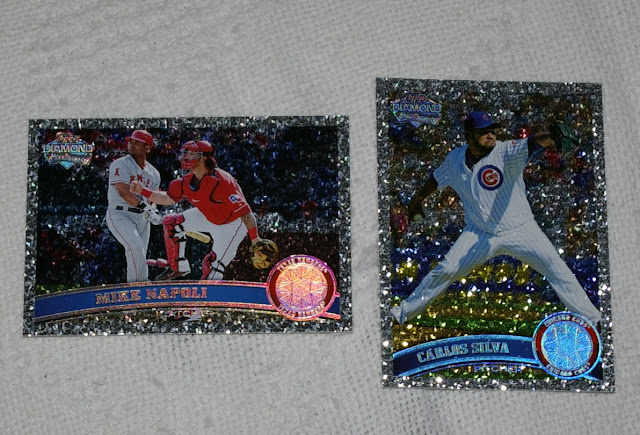 And a couple diamond anniversaries for my 2011 Topps parallel frankenset.

Great stuff, Andy! I've got a nice return stack brewing for you that I'll get in the mail sometime this week.
Posted by defgav at 4:09 PM