If They Were Full Bleed: 1979 Topps Edition

Time again for this fun little series where we use our imaginations (and photoshop) to picture what classic baseball card designs would look like if they were full-bleed. The borderless concept had been around for decades, but didn't really gain mainstream traction until the early 90s with the rise of Stadium Club.

But what if Topps had been ahead of the times and put out a full-bleed flagship set in 1979? Well, it might have looked a little something like this! 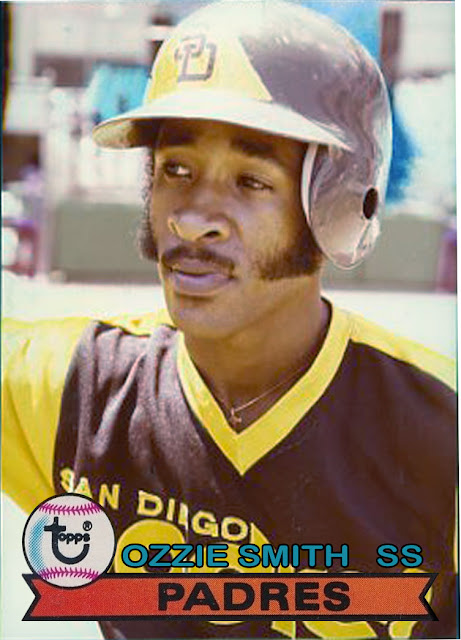 Here we have the top-dollar card of the 1979 set, the Ozzie Smith rookie. Looks pretty good without the white space, and would have cut down on the notorious off-centeredness this card is known for.

Side by side comparison with the real version: 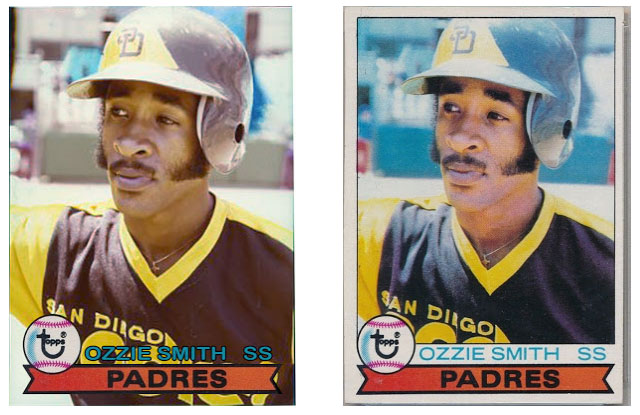 Let's do another one for good measure. 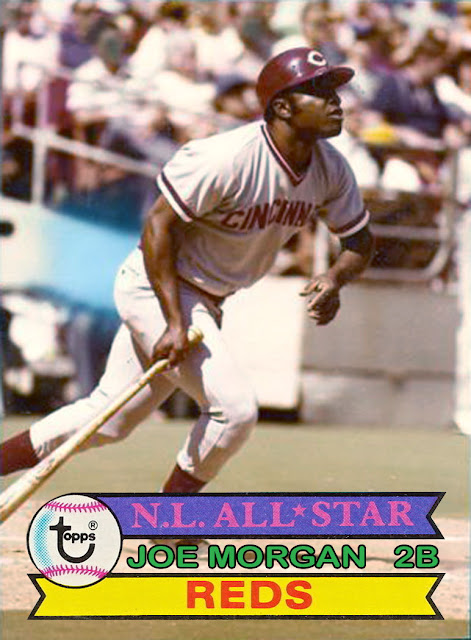 Joe Morgan brings an All-Star banner into the mix.

And the side by side: 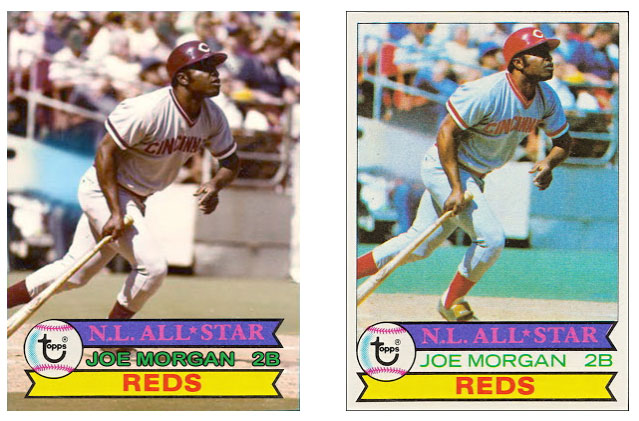 The color is a little off, but I do the best I can when I come across the original raw photos, usually thanks to Topps Vault auctions.

That's it for this time. If you missed them, check out the first and second installments of this series as well.

So what do you think of the full-bleed 1979 mock-ups? Love 'em or prefer the originals?
Posted by defgav at 3:53 PM

Email ThisBlogThis!Share to TwitterShare to FacebookShare to Pinterest
Labels: If They Were Full-Bleed, Joe Morgan, Ozzie Smith