Got excellent trade packages in this week from Johnny's Trading Spot and Highly Subjective and Completely Arbitrary.

First up is John. 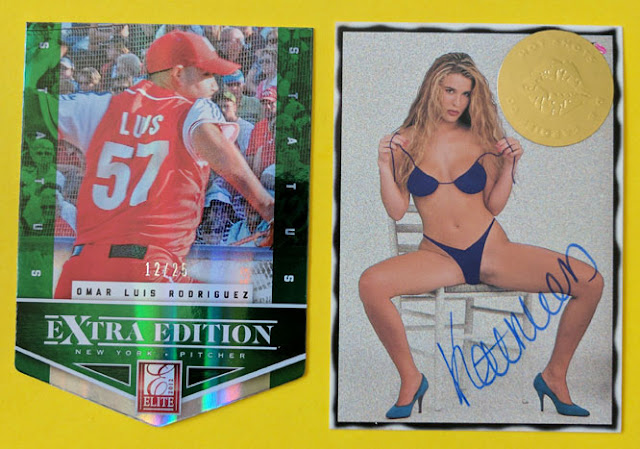 Leading off with a couple neat ones.. a Christmas Card of Omar Luis Rodriguez and an autograph of a pretty girl named Kathleen. Omar seems to be out of the game after not having had much success in the low minors for the Yankees. As for Kathleen, well, no last name is provided so I can't really find any more info on her. I hope she found a kind soul to tie her bikini top for her, though, the poor thing. 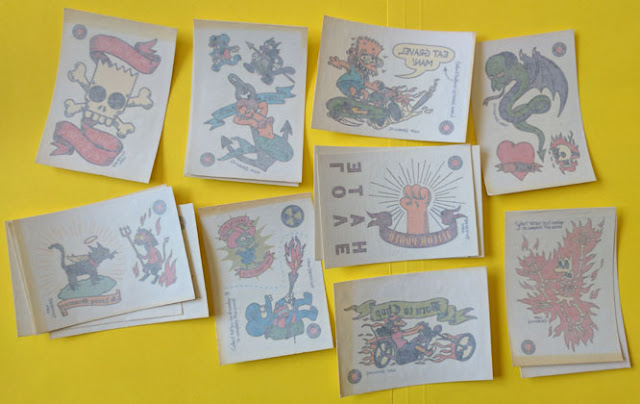 A bunch of Simpsons temporary tattoos! And there are a few dupes, so I might even put some of these into action. (um, probably won't try my luck with the "Yellow Power" tattoo, however.) 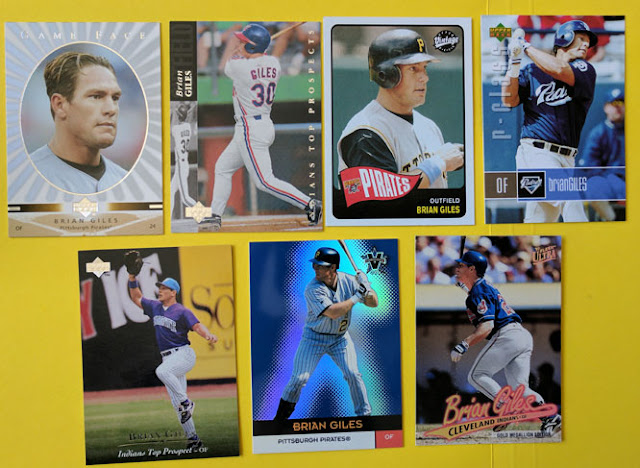 John is good at hooking me up with additions to my Brian Giles PC. 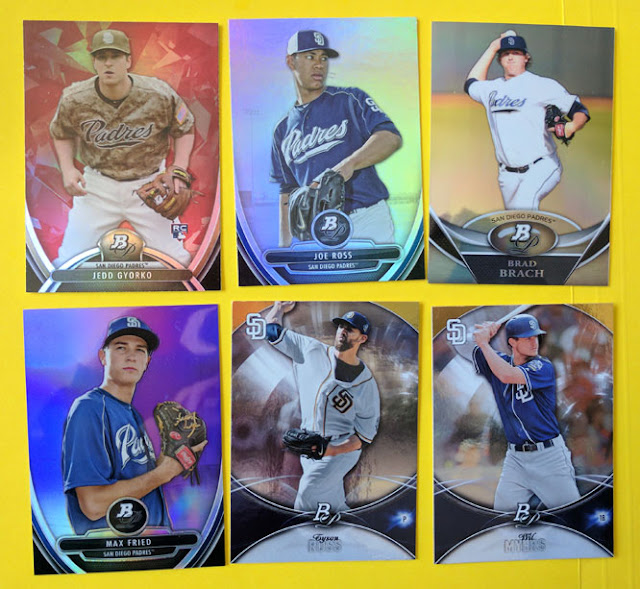 A bunch of Bowman Padres.. though only Wil Myers is still with the team. In fact, looks like Myers is about to sign a six-year deal to stay in San Diego, pending a physical. So that's cool. He's definitely one of their few bright spots these days. 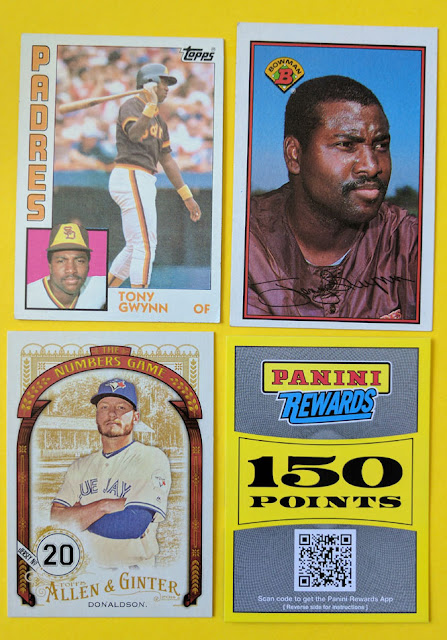 A couple Gwynns, a Donaldson, and some Panini Rewards points. Pretty cool. Are they still doing that program? I wonder if I could get anything for 150 points. 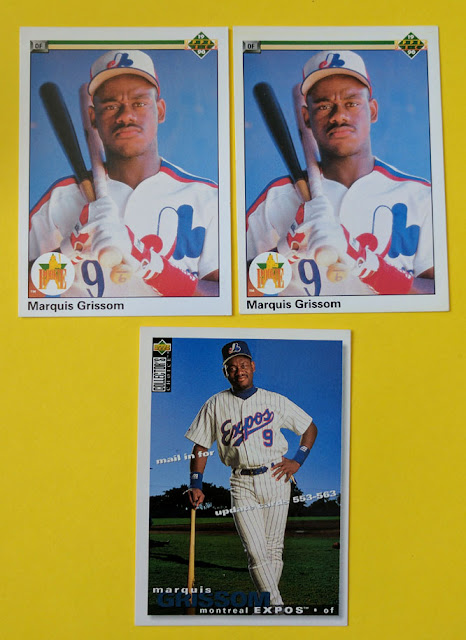 Marquis Mania! A couple 1990 UD towards my goal of 1000 copies, plus a "mail in" card that collectors could have sent to Upper Deck and gotten back some update cards. Pretty neat. 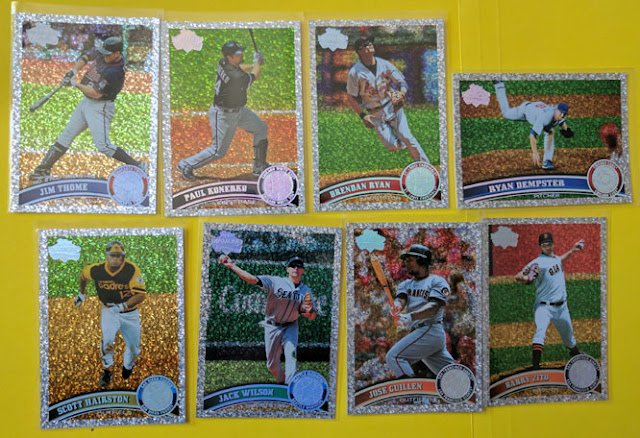 A bunch of 2011 Topps diamond parallels for my frankenset! Some good names here, like Thome and Konerko. 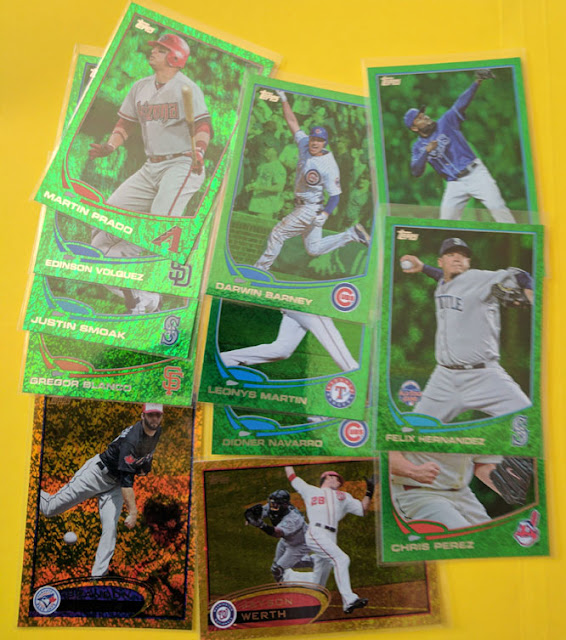 While I'm not working on any other parallel frankensets (yet?), I don't complain about getting various shiny cards in trade packages.

Big thanks, John! And you were asking about that customs project you were wanting me to help you with? Well, coincidentally, just a couple hours before this package arrived, I finally finished the big custom project that had been taking my free time for customs-making for over 3 months. And now that that's out of the way, your customs are next on the docket. So I'll plan to get started cranking them out soon.

Next up is Brian returning the favor for some cards I sent his way recently. 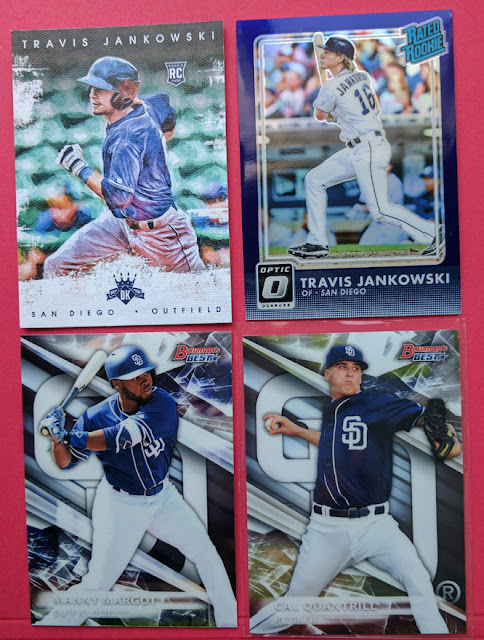 Some exciting young Padres. Nice. I think that's my first card of Cal Quantrill, the Padres' 1st pick in the 2016 draft. 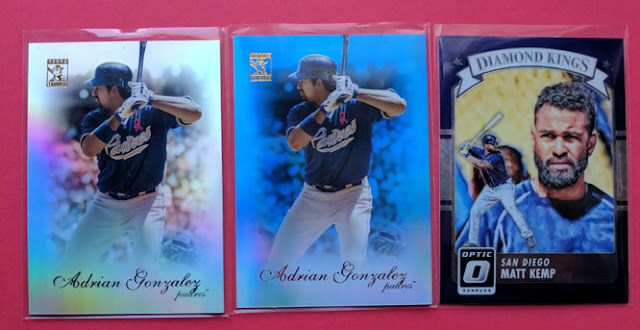 Padres/Dodgers greats on shiny cards. The blue A-Gone is numbered to 219 or thereabouts. 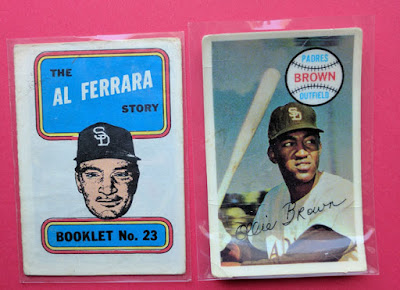 Vintage Padres oddballs. Always love getting Kellogg's cards, and own very few from this set. 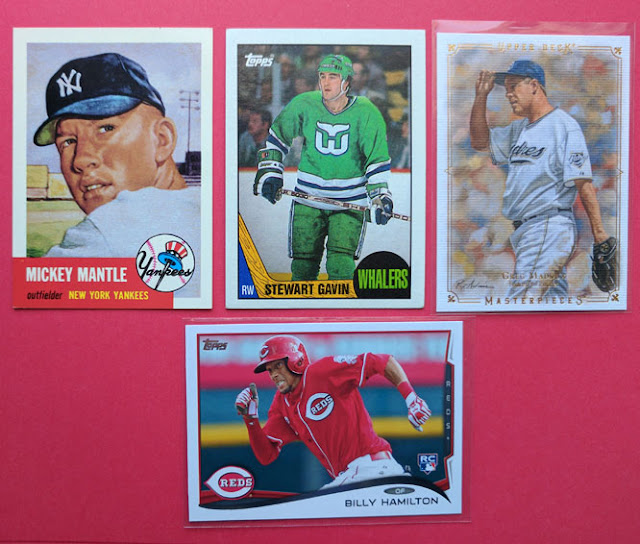 We finish off with a nice '53 Mantle reprint, a Gavin for my Greatest Gavins minicollection (gotta love the Whalers logo), a canvas Greg Maddux Masterpiece, and a Billy Hamilton off my Desperate Double Dozen. I've got a decent little PC going for the speedy Hamilton, but was missing his Topps RC.

Thanks a lot, Brian! Hope to do it again soon. 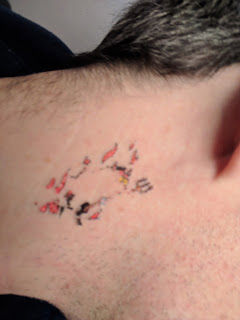 Ha, ok, temporary tattoos from the early 90s don't work that great today, but maybe I'll be able to fool someone into thinking I have a really bad neck tattoo.
Posted by defgav at 2:59 PM