You know me.. I'm all about the TBS: trades, beer, and snow.

Shoebox Shane was kind enough to send me a PWE to thank me for the holiday blast PWE I sent his way last month. 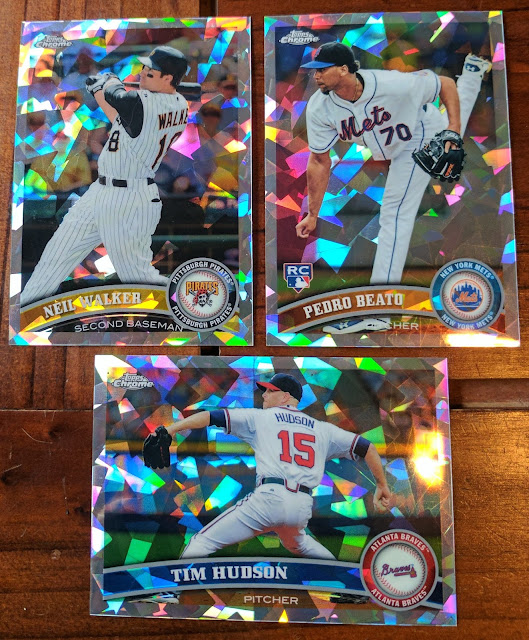 Oh man, these atomic refractors from 2011 Topps Chrome are among the best parallels the company has put out.

They're all numbered to /225 on the back. I seem to recall Shane has been working on putting together the set of these himself, and so I assume these may likely be dupes from lots he's picked up over recent years. 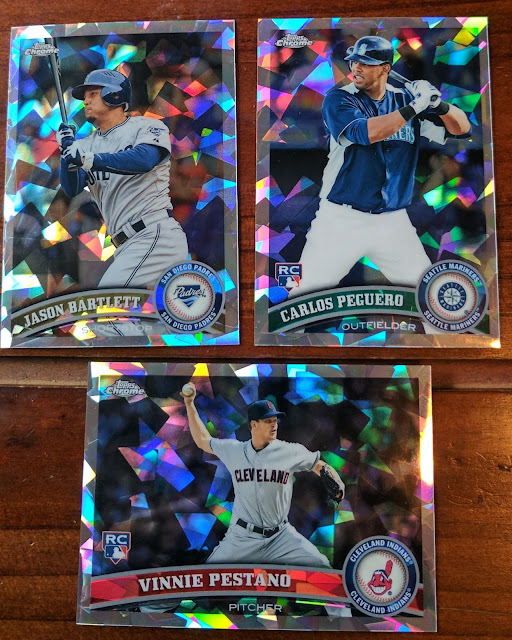 They are very appreciated additions for my frankenset, with all being needs besides one upgrade (over the regular refractor).

Next up is a 2-card bomb from P-town Tom. 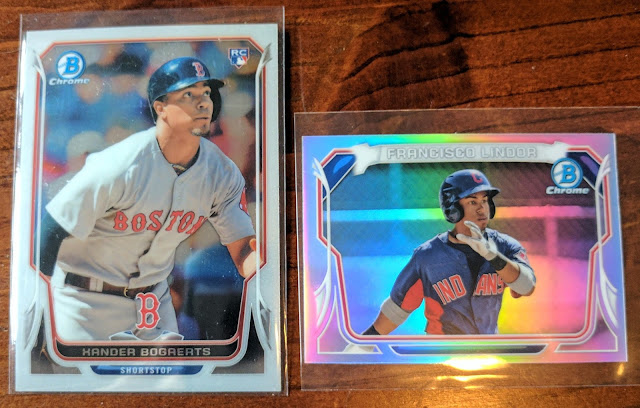 Tom pulled these 2 cards during a pack war on his blog a little while back, and I commented expressing interest in case he didn't have other plans for them, seeing as Bogaerts and Lindor are a couple of my favorite newer PCs and I was lacking both these sweet cards. He kindly obliged!

Thanks a ton, Tom!

That's it for the trade portion of the post, though I'm still working on sorting through the thousands of cards Padrographs Rod gave me the week before Christmas. Expect a series of posts on that big lot in the next week or so. Some great stuff there.

Now the portion of the post to make the beer connoisseurs jealous. Every year my awesome wife treats me to the Twelve Days of Beermas, with a new craft beer each day leading up to Christmas. And just when I'm running out of high quality beer to enjoy, my in-laws routinely supply me with another nice selection of beers for my birthday, essentially turning Beermas from a 12 day event to 18 or so. I like to take pictures of them to document them for posterity, so here are what I got this (past) year (I mistakenly mixed up the ones from my wife and the ones from my in-laws, so they aren't really in order).

(The Buoy IPA was actually a Secret Santa gift my wife got from work, though she did kindly split it with me.) 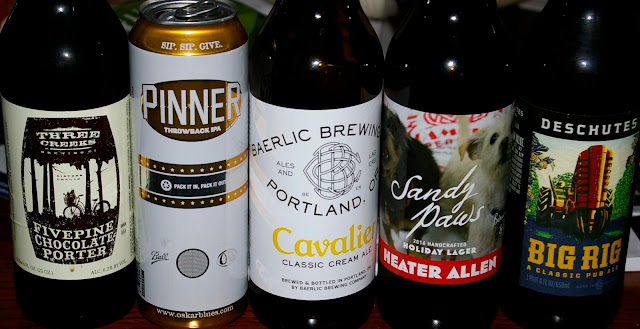 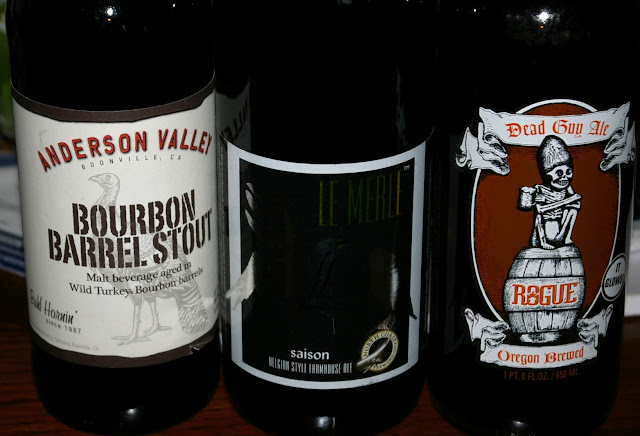 whoops.. you can't really read that middle one, so here's another pic: 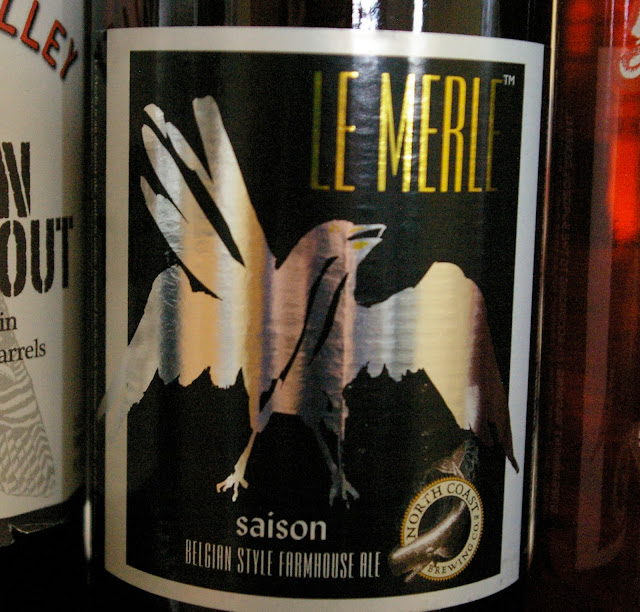 I'm not much for giving beverage reviews, so I'll just say that all of these were very tasty, not a stinker among them. My favorite might have been the peanut butter one.. PB beers are hit or miss, but this one from Wild Ride was a very good one. Bottle-wise, my favorite has to be the Rogue Dead Guy Ale, which I've had many times before but this one was special, as I didn't notice till I was drinking it. I'm not one to typically save my empties, but this bottle glows-in-the-dark! And if you've been reading my blog for a while now, you know I unabashedly love glowing stuff. Trading cards, toys, you name it.. if it glows, I dig it. 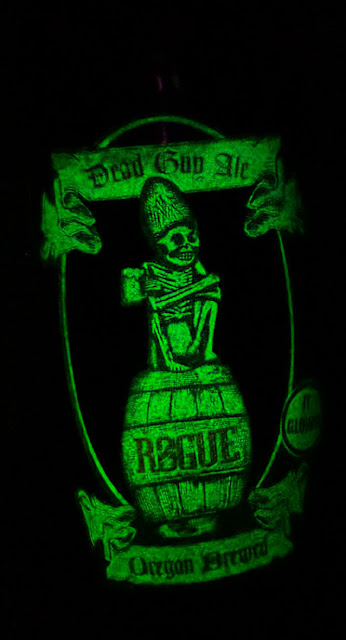 This is my first glowing beer bottle (though full disclosure: I don't routinely shine a bright light on every beer I drink and then take it into the dark, so who knows). Very cool! I think I'm going to rinse this out well and hang onto it, at least for a while.

Hey, it's a snow day! The largest snowfall since I've been living up here in Portland, in fact. I'm sure you guys around historically snowy regions will chime in about how it takes 3 feet of snow for you to even notice, and 6 feet to impede you from getting to work. But here in the pacific northwest, we're not quite as used to it, so a couple inches tends to slow us to a crawl. But yeah, I heard this snowfall was the most here in 37 years. So I stayed home from work, and likely will tomorrow as well.

Stay safe, everybody! I'll leave you with a bunch of pictures of my dog playing in the snow, as is customary on this blog for any major snow day. 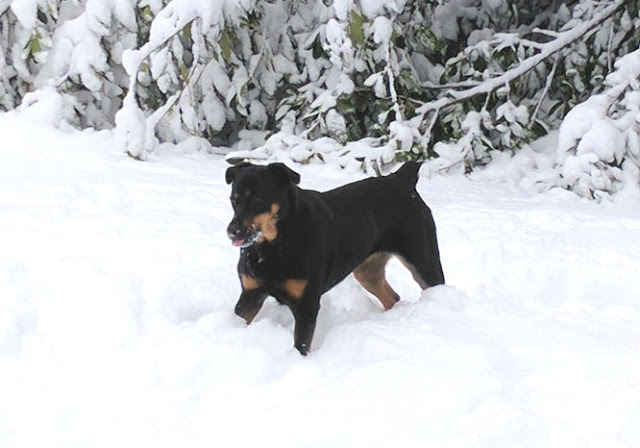 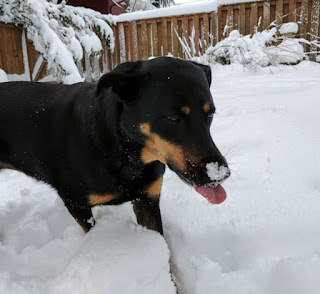 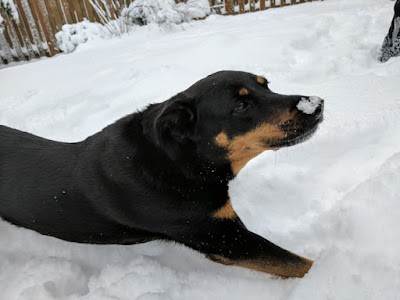 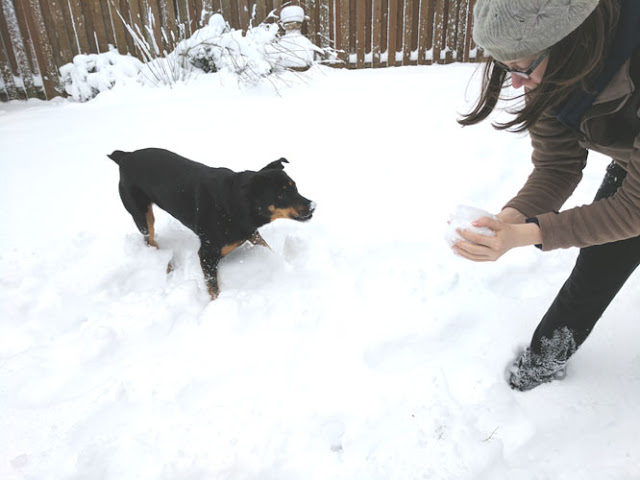 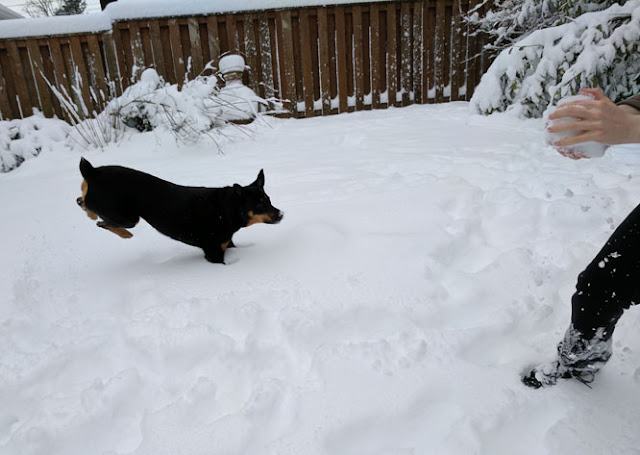 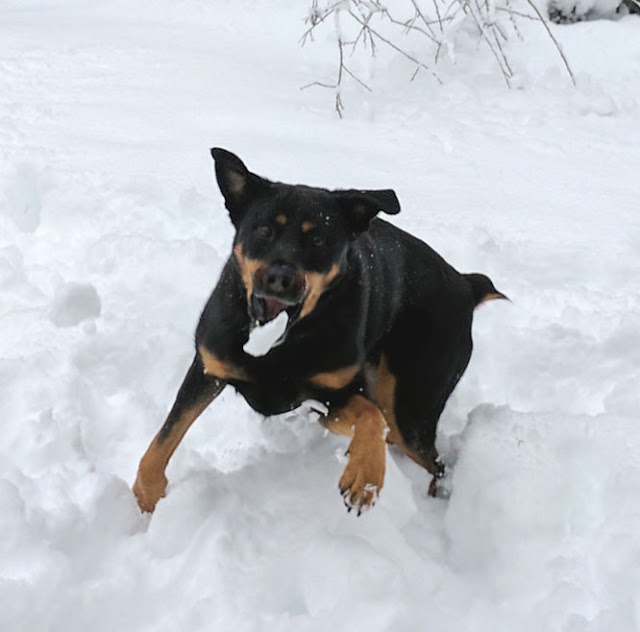