'65 boost thanks to a blogroll assist

A bunch of '65 additions to show off today.

This first lot comes thanks to Gene in Sarasota, an old-school Orioles fan who stumbled upon my 1965 Topps wantlist thanks to a post linked in the blogroll of The 5 Tool Collector. He reached out and had a great selection of '65 needs to share-- and even cooler, these are cards he pulled himself from packs back in 1965. 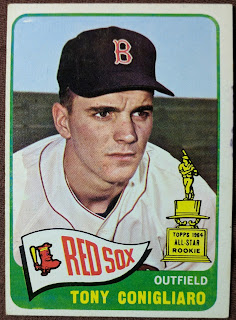 Tony C. with the impressive Rookie Trophy leads off.

A nice trio of Yanks. Always happy to see vintage Yankees arrive in trade packages since it seems they often carry a premium. 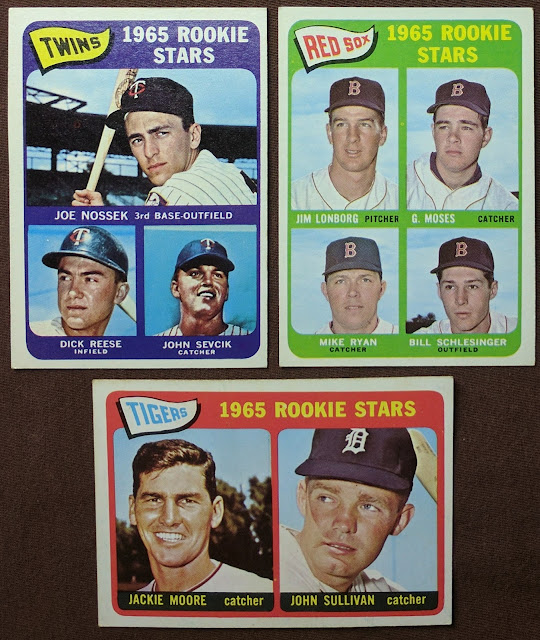 A big bunch of rookies. 1967 Cy Young winner Jim Lonborg might be the biggest name here. I talked about him more just this past Easter. 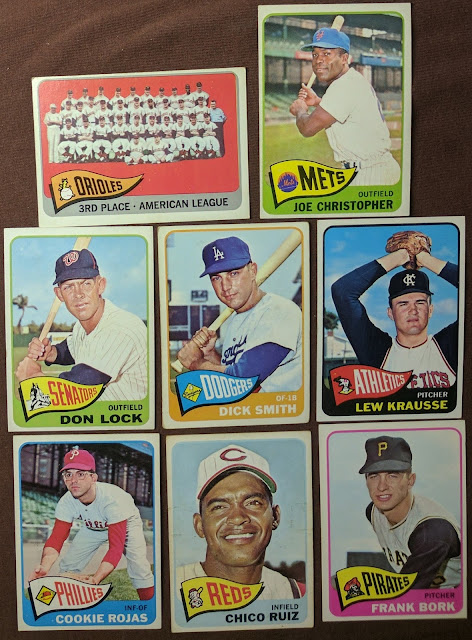 And a few more, including classic names Cookie, Chico, and Bork.

Thanks so much, Gene! Glad you're happy with my return package, too.


This instance has just underscored how blogrolls can help extend readership. I know some card blog readers might only have enough time/interest to read just one or two of their favorite blogs with any regularity. And it's nice when you can occasionally catch their attention thanks to inclusion in a blogroll.

Any card bloggers out there who aren't in my blogroll who would like to be, please feel free to take this opportunity in the comments to give me a nudge with your URL and I'll update shortly. (and of course I'd appreciate being added in return.)

Next are some recent eBay pickups, a 4-card purchase with combined shipping from one seller. 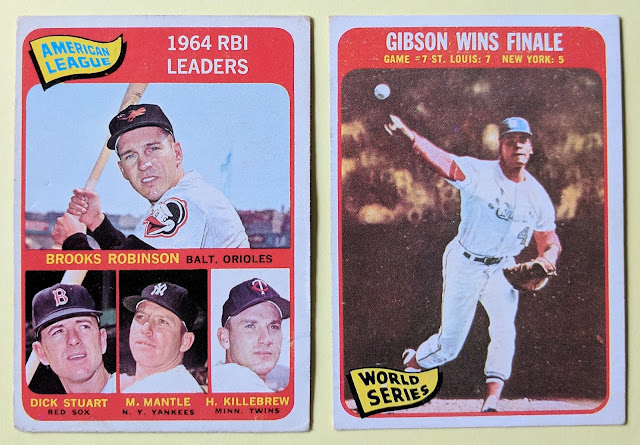 Anytime you've got Mickey Mantle on a vintage card, that's gonna crank the price up (not to mention Brooks and Killebrew here), but I got this AL RBI leaders card for $8 which I think is fair. Mick narrowly missed out on another championship in 1964, but was stifled by a masterful performance by Bob Gibson in the fall classic, as the card on the right documents. 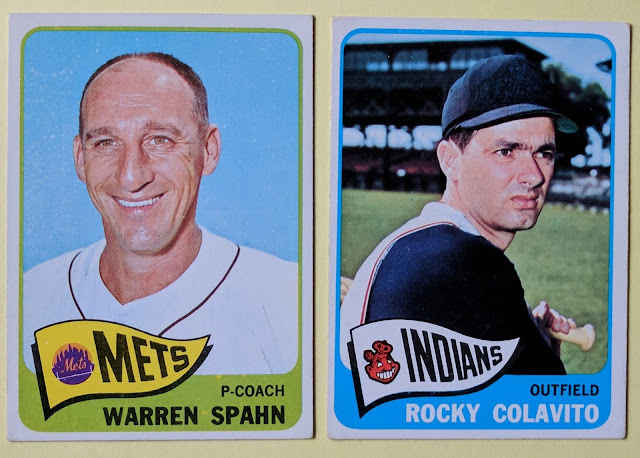 Rocky Colavito is sort of a forgotten name these days, but he was a 6-time All-Star and hit 374 homers which was a lot back then.

And gotta love Warren Spahn here with the confusing "P-Coach" position designation, something you don't see much. The Mets brought him on as both a pitcher and the pitching coach for what turned out to be his sunset season, but he was released midway through the year and finished up his career with the Giants. This is the final card from his playing days, as Topps didn't include him in their 1966 set (though he can be found on the Mets team card, and he is listed on a checklist variation at #115, though that card number actually ended up going to Bill Henry.) 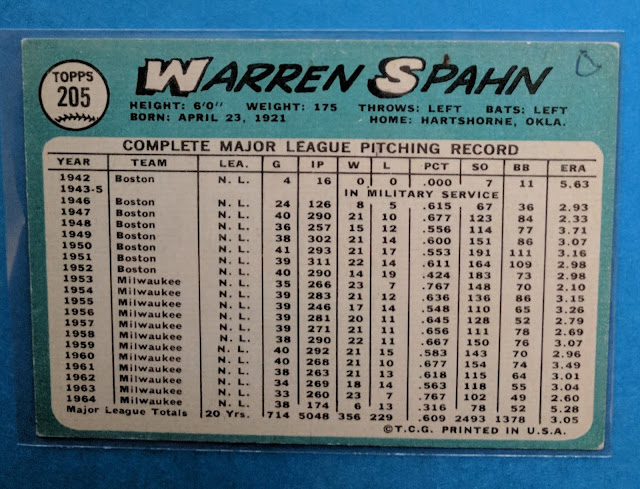 This Spahn looks good on the front, but I was disappointed to see a little penmark ("D") on the back. I guess that's the risk you take buying cards when the listing doesn't show the back. I don't mind fuzzy corners, but pen marks really bug me, so I'll eventually want to upgrade this one. --which really sucks because there was another copy from the same seller for a couple bucks less that had softer corners and perhaps a bit off-center, but no, I paid more to get an "EX+" copy. Grrr. I've asked the seller about a partial refund, but we'll see if he goes for it.

But anyways, on the happier side of things, I'm down to needing only 35 more cards for this set! If anybody wants to be a hero and help via trade, here're my current needs:

Thanks again to Gene for the great bunch of cards helping me make good progress on this set.
See ya next time.
Posted by defgav at 3:24 PM