I like Billy Hamilton. Exciting on the basebaths and many awesome catches in the outfield (which in turn means he has many neat looking cards). His hitting needs improvement, sure, but if he could just get his bat going, he'd really be a badass. To me, he's sort of a throwback to a guy I enjoyed collecting back in the day, Vince Coleman.

SpastikMooss of the blog The Great Sports Name Hall of Fame recently decided to focus his collection by selling off many PC items to fund a big purchase for his Seneca Wallace supercollection. I asked about his Billy Hamilton PC. He suggested a very fair price, and we quickly had a deal. 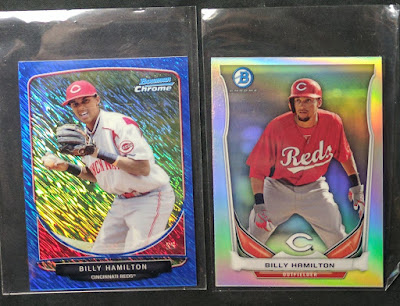 Kicking off some shiny Bowman minis. 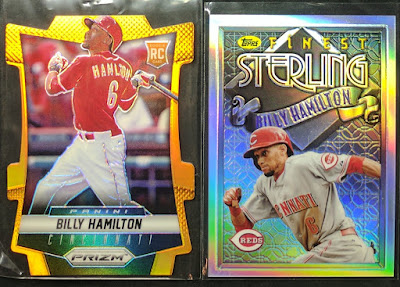 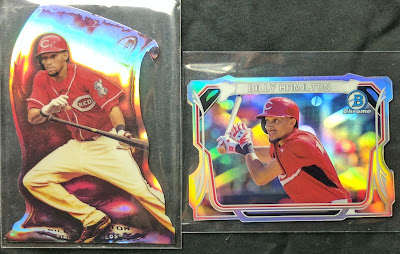 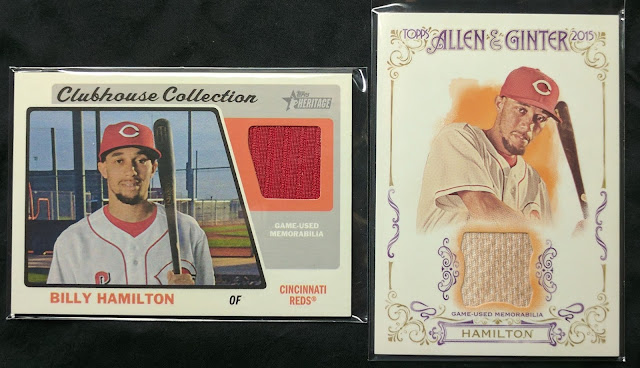 A couple relics. And check out that dirty swatch on the Ginter! Normally I'd be skeptical of it (due to stories of artificially-soiled swatches), but Billy is a guy who's known for getting his uniform dirty, so I'm more willing to accept this as legit. 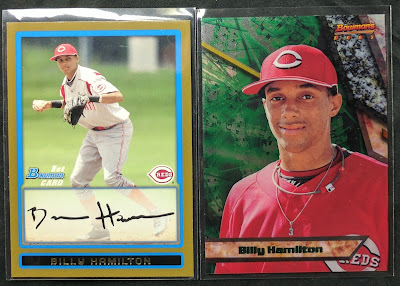 I think these are now my earliest cards of his. 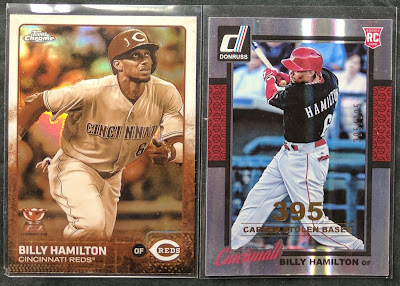 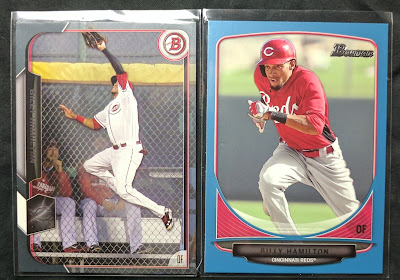 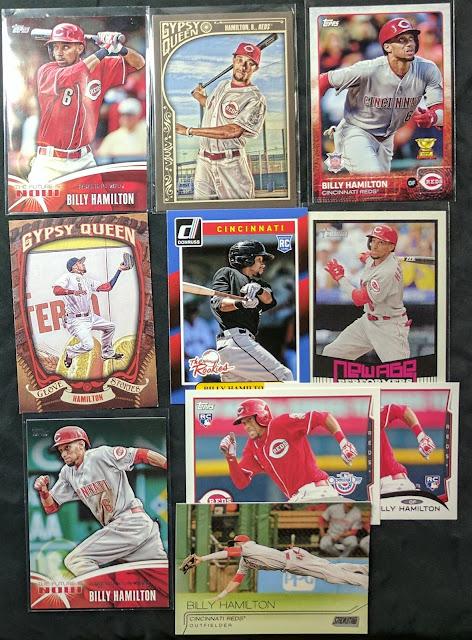 And a bunch more. I think my Billy Hamilton PC has been doubled thanks to this lot. 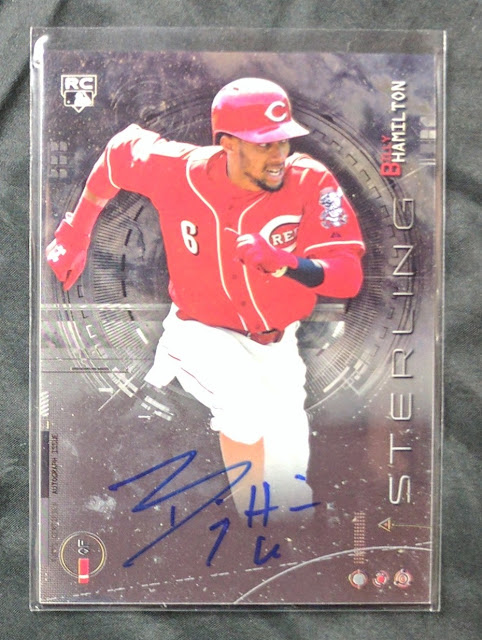 And a sweet RC auto. 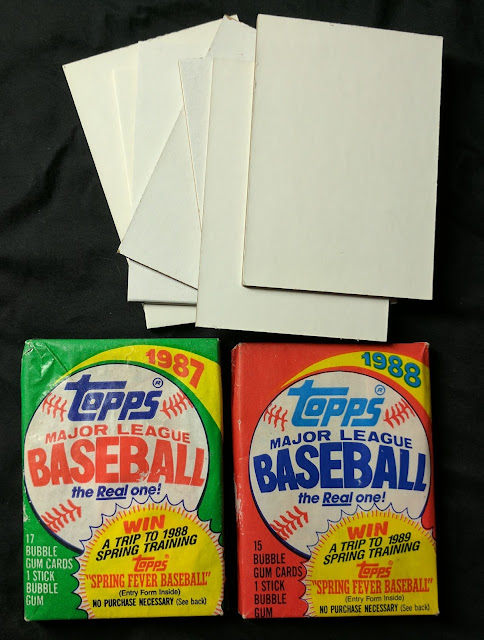 SpastikMooss threw in some bonuses too, including a couple Topps wax packs and a stack of blank dummy cards. These are nice to have around for turning into sketchcards, though I do have quite a surplus right now. I should crank out sketchcards more often but I'm lazy about it. 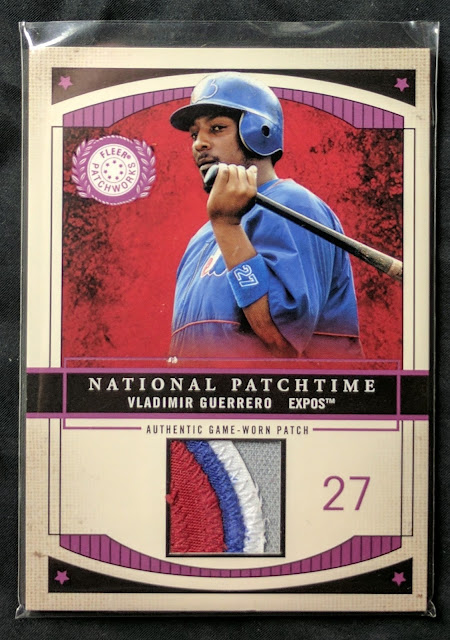 And one last card I asked him to include in our deal, this sweet Vlad Guerrero patch card. Easily becomes one of the more impressive memorabilia cards in my collection now.

Thanks a lot, man.

He's probably still got more stuff to part with, so check out the PC links at The Great Sports Name Hall of Fame and don't be afraid try working out a deal with him if something catches your eye.
Posted by defgav at 4:06 PM