Another cardblogger encounter in the wild

Kerry at Cards on Cards is a prominent card blogger in Portland I've traded with through the mail a few times, but hadn't crossed paths with in person. Well, a recent return package I sent him got returned to me because I was a dummy and forgot to include the apartment number in his address. Rather than face the humiliating fate of paying postage twice for the same package, I reached out to him about a quick meet-up. Turns out we work just a few blocks away from each other in downtown, and his building is right by the post office I hit for work a couple times per month. Today, we were able to swing a meet-up on my way to drop off some outgoing work mail. 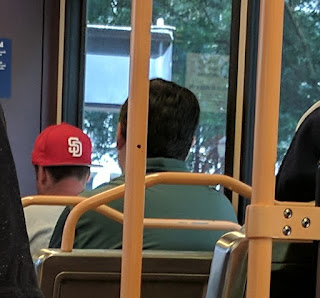 I thought it was a funny coincidence that this morning on the Max, there was a guy wearing a Padres hat with Cardinals colors, almost foreshadowing a meeting between a Padre fan and a Cardinal fan later that day.

Anyways, that was cool. Kerry, nice meeting you, and yeah, if you ever want to do in-person trades to save a few bucks postage, just let me know.

I'm not typically a very social, outgoing guy away-from-keyboard, but I do enjoy meeting fellow bloggers and other online buddies of mine. Let's list the bloggers I've met...

Padrographs Rod (met him at the card show a few times, plus he's dropped cards off at my house a few times)
Ken at Cardboard Hogs (met him at a card show once)
gcrl at cards as i see them (met him in the lobby of my work building while he was in town for work)
Dimebox Nick (met him at his work in O'Hare while I was in Chicago on a layover)
Kerry at Cards on Cards (met him by his work in downtown Portland)

So that's a whopping 5 cardbloggers I've met in person! Can anyone top that? (Feel free to use that as a prompt for a post of your own.)

I'd love to add to the list, too. You know, it's the old collecting gene.. "gotta get them all!" LOL
I was a little hurt when Fuji and Raz each visited Portland recently and didn't give me a shout. Come on, guys! Next time you're up here, we should get together for a drink or something. 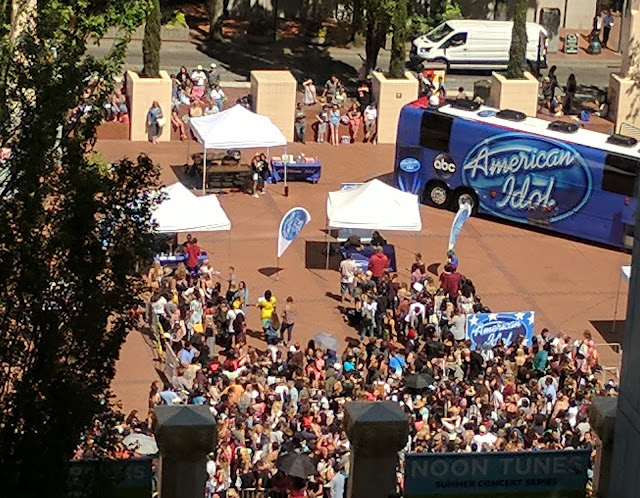 Speaking of work, American Idol was outside yesterday auditioning for the next season. Word must have gotten to the producers of how I crushed it at karaoke last weekend. 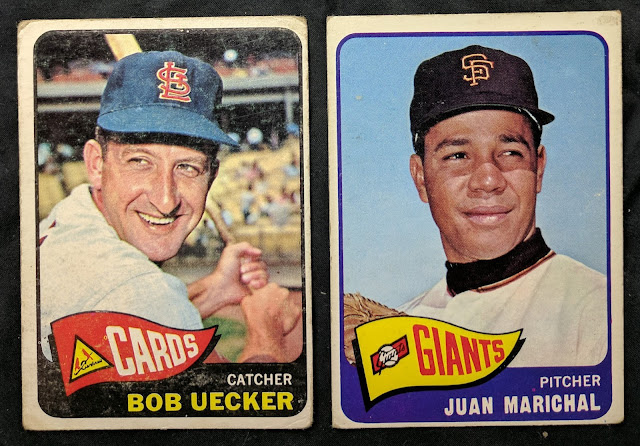 Let's cram a couple cards in this post, even a Cardinal to help tie the post together. These are both recent eBay pickups, as I inch toward completing 1965 Topps. Bob Uecker is a big collectors' favorite thanks to his colorful post-playing days, so his cards can be tricky to find cheap. He's a guy like Vin Scully who definitely deserves more love from card companies these days. Put him in Archives and/or Ginter, damn it. And of course Juan Marichal is among the greatest pitchers of his era. These are both in rough shape (the Marichal is kinda dirty on the back), so I scored them for a good price.

That's gonna do it for today. Thanks for stopping by and have a great weekend. I'm excited for the card show on Saturday. Say hi if you see me!
Posted by defgav at 3:13 PM

Email ThisBlogThis!Share to TwitterShare to FacebookShare to Pinterest
Labels: 1965 Topps