Wow, I wasn't expecting so many congratulatory comments on my last post, but thanks, guys! To clarify, we've been together for 10 years as a couple, not a wedding anniversary, but still.

In contrast, I only got 2 congratulatory comments on my recent post regarding a guy from my high school getting called up to the major leagues, a much more impressive feat and one that fills me with more pride than any dumb relationship ever could. Come on, guys, get your priorities in order!

Nah, I'm just messing. Now here's a post I originally planned for the eclipse day last week, but it was derailed by rage and I couldn't bring myself to type about it till I cooled off. 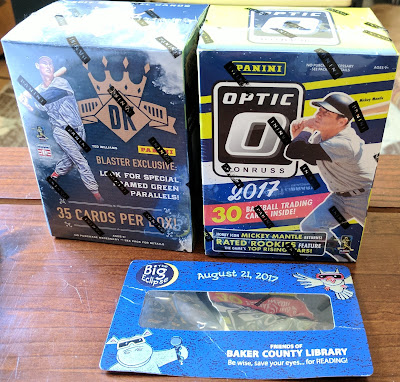 I took today off work, playing it safe in case of any eclipse shenanigans (bad traffic, the apocalypse, etc.), though seems like everything went smoothly. Still, it was a good excuse to take a day off.
I didn't buy any packs/boxes at the card show the other day. But then later that day, my wife asked me if I needed anything from Amazon, and I ended up throwing a couple Panini blasters into the order. You can get them cheaper on eBay, but I had some Amazon credit to burn.
I haven't ripped any 2017 Panini products yet. Picked up a blaster of Optic and a blaster of Diamond Kings. Maybe I'll hit something decent. Let's check it out... 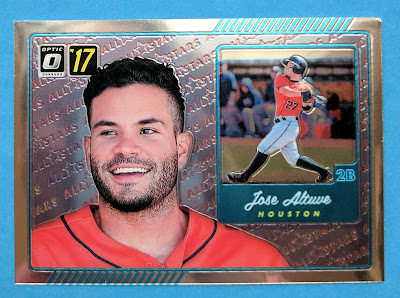 I opened the Optic box first and it was a disaster. About 75% of the cards had a badly dinged corner.. the lower right corner for vertical cards, or upper right for this one horizontal card. The box wasn't crushed or anything, so I'm blaming Panini's production process, not a damaged-in-transit issue. I would have liked this Altuve a lot, but the dinged corner just bums me out. It's worse than it looks in the picture. 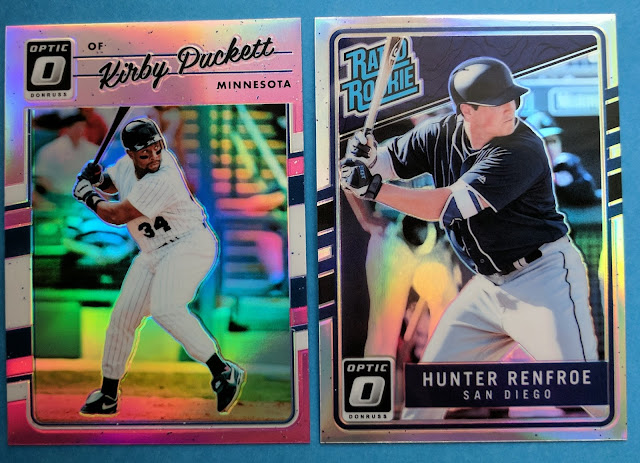 These 2 refractors were probably the highlights for me. Kirby and Renfroe. Not happy about the Kirby being so off-center. The corner ding on these 2 isn't as bad as some of the other cards, but still noticeable. 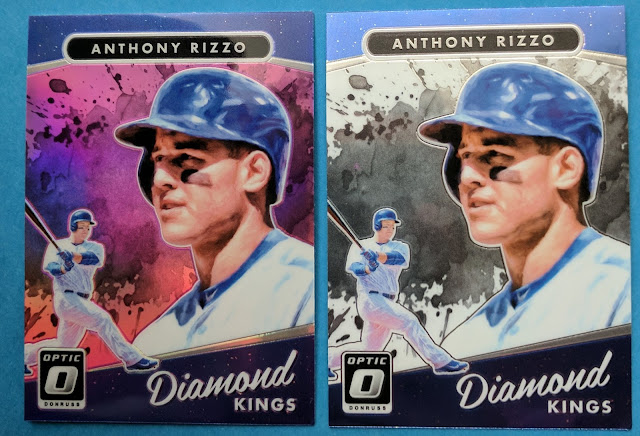 A couple Rizzo DKs. You can't really tell by the picture, but they're definitely dinged. 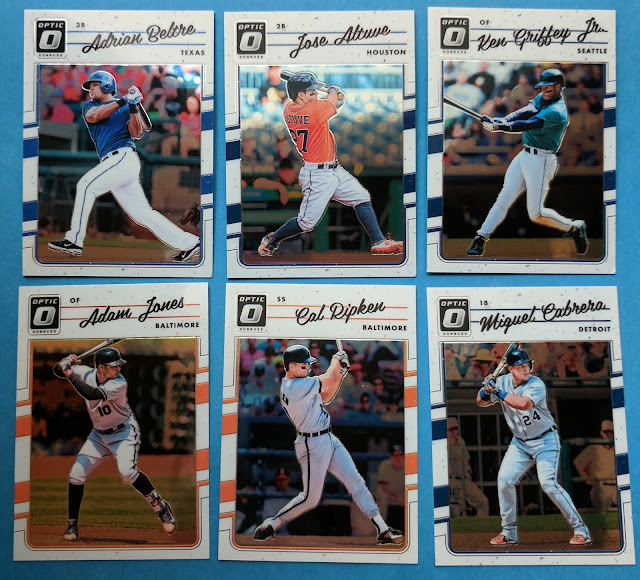 Some more guys I collect. The top row is dinged, while the bottom row are ok. 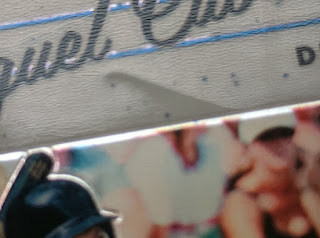 Actually, the Miggy has a bonus flaw.. yippy. A weird indentation in the middle of the card.

Needless to say, I don't plan on buying anymore 2017 Optic. My blaster netted me zero hits, zero numbered parallels, and dozens of damaged cards. Very unhappy with it.

Will I have better luck with the 2017 Diamond Kings blaster? 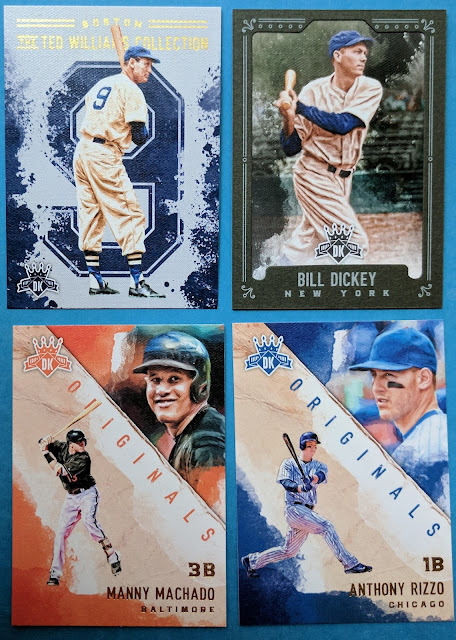 Well, at least the cards weren't damaged! The Ted Williams insert is kinda cool, I guess. The closest thing I pulled to a hit was the framed Bill Dickey. But even that isn't numbered. And nobody collects Bill Dickey. 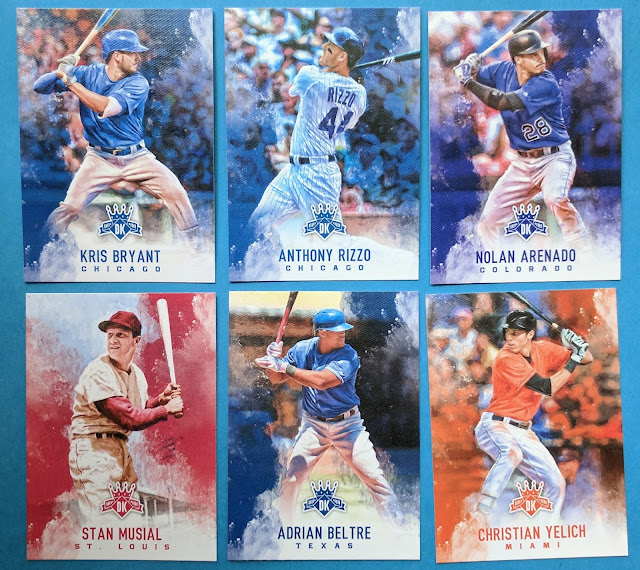 A few guys I collect, but a largely forgettable blaster.

Too bad I've lost my enthusiasm for collecting Anthony Rizzo lately, as I pulled 4 cards of him from this pair of blasters.

One reason collectors bother with logoless Panini baseball cards is because they usually give you good value and solid chances to pull hits. But after these two blasters, I feel like I'm done with Panini. Couldn't even have pulled one goddamn card #'d /999 or something? Even if the Optic cards weren't damaged, I'd still be disappointed with the purchase. Throw in the damage and I'm downright pissed about it.

It's kind of cool that in the future I can remember the exact day I decided to stop buying Panini products (at least for a good while) because it was the day of the total solar eclipse.
Posted by defgav at 4:01 PM