I'm at the point where I'm gonna have to spend some decent money if I want to keep moving with my 1965 Topps setbuild. The cards I'm featuring today get me past the 90% complete mark, with most of what's left being big-name guys and high numbers. Since I have a soft goal of finishing the set by the end of the year, expect to see more 65s on the blog over these next 4+ months as I try to focus my card budget on picking off needs.

Four big pickups to show off today. Hobby purists be warned: they're all slabbed. I'm usually not big on graded cards, but if I'm going to shell out for vintage stars, I'll often pony up a little extra for graded copies just so I can be reasonably confident they're not counterfeit, plus it's nice to have added protection against damage. But I don't concern myself with the assigned grade as long as the card looks nice enough to my eye. 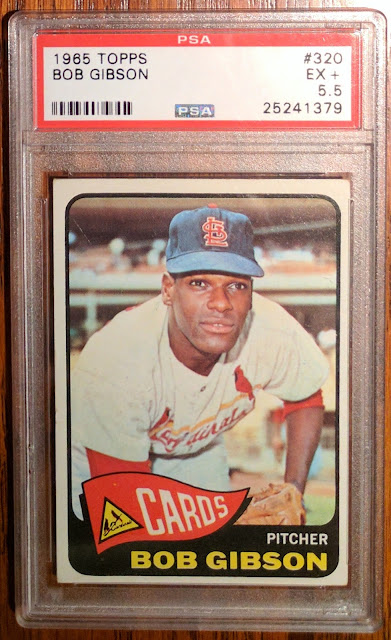 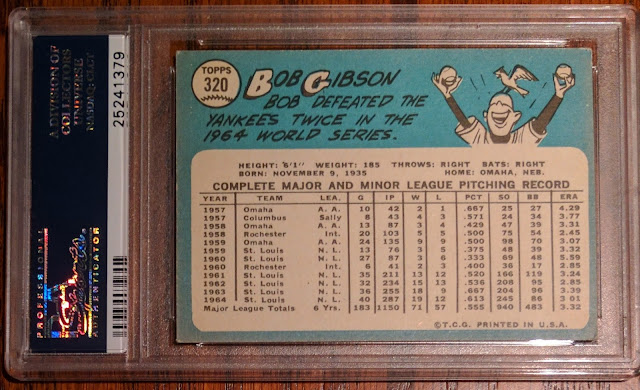 The great Bob Gibson. Gotta love this card. Between League Leader cards and World Series Highlights, he's in this set a few times. 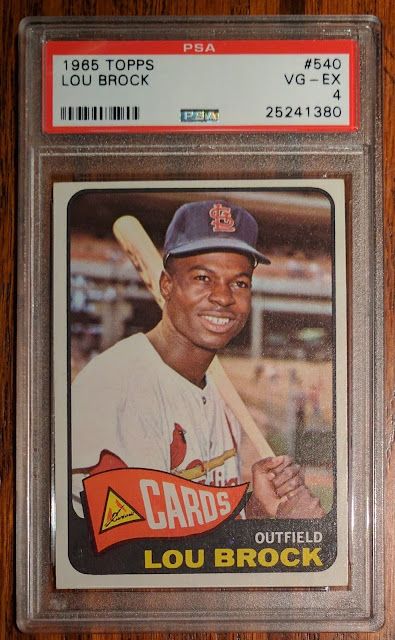 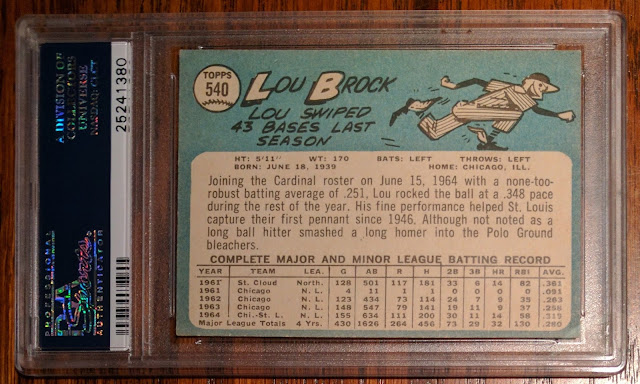 And here's Gibson's teammate and fellow Hall of Famer, the speedy Lou Brock. It's his first Topps card as a Cardinal after coming over from the Cubs. This is a short print, from back in the days when those really came out of the printing process, not planned and artificially created. 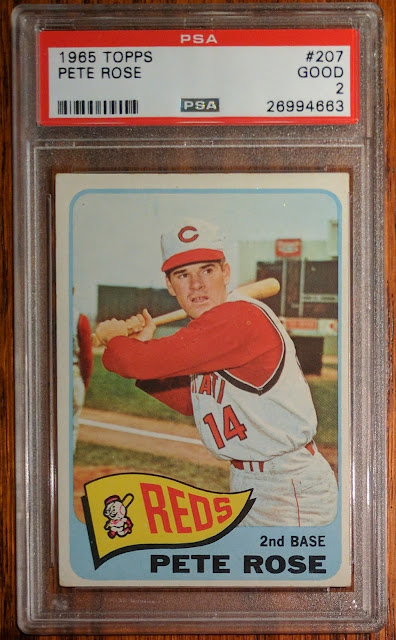 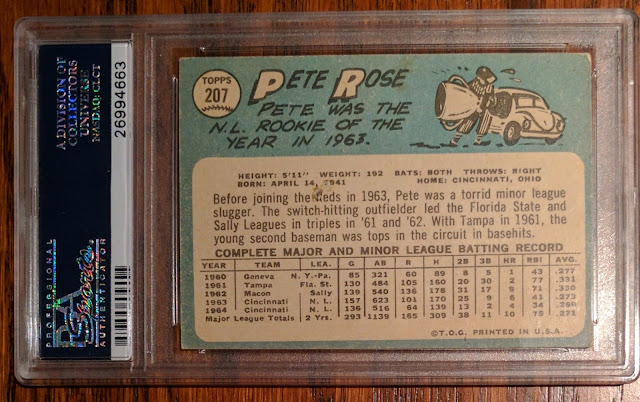 I figured now would be a good time to go after some set-need Pete Rose cards, seeing as how he's been in the news for alleged nefarious activities (that don't have anything to do with gambling/money, for a change).


Not sure how much of an effect it's had on the value of his cards, but I think I got a good deal on this, just his 3rd Topps card. It's only graded a 2, but looks pretty damn good, unless you angle it in the light to reveal some minor creasing. (That's another reason for buying graded vintage: less chance of being surprised by flaws that might not show up in pictures.) 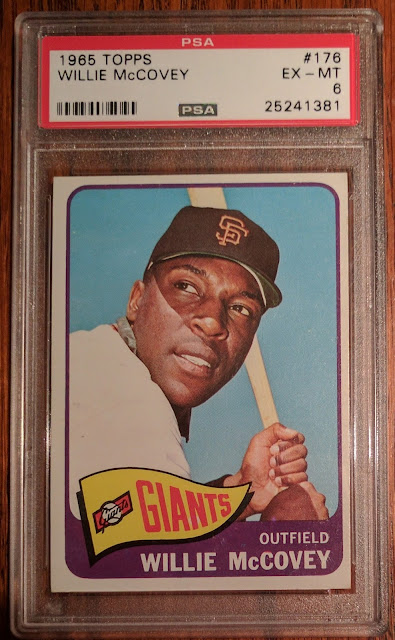 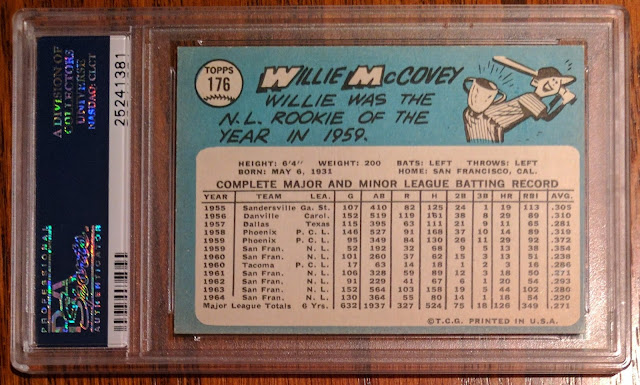 Last one for today, big Willie Mac! Such a nice looking card.

Got a few more (non-graded) '65 eBay wins on the way that I'll probably post about next week. Factoring those in, I'm down to 53 cards left.

If you've got any of these available to maybe work out a trade, please let me know and I'll do my best to make you a solid return offer for consideration.

Thanks for reading!
Posted by defgav at 4:00 PM