I didn't do anything to celebrate National Baseball Card Day yesterday. Didn't trek out to any card shops, didn't rip anything or even receive any cards in the mail. I did win a '65 Bob Uecker on eBay, but won't get that in-hand till next week. The highlight of my Saturday was a karaoke party with the team from work. While I'm known as "the quiet guy" at work, I don't mind breaking out of my shell to make a fool of myself and belt out a few songs. I've done my share of singing (see my recording alter ego), so it's not a huge deal to me, despite my shyness. Let's see, yesterday I did "Under Pressure" (doing the David Bowie part, while a female co-worker was Freddie Mercury), "China Girl" (Bowie), "A Little Respect" (Erasure), "Friday I'm in Love" (Cure), "It Takes Two" (Rob Base), and "Rio" (Duran Duran). It was at a place where your group gets its own room, so we didn't have to sing in front of strangers, which was nice. Fun time. 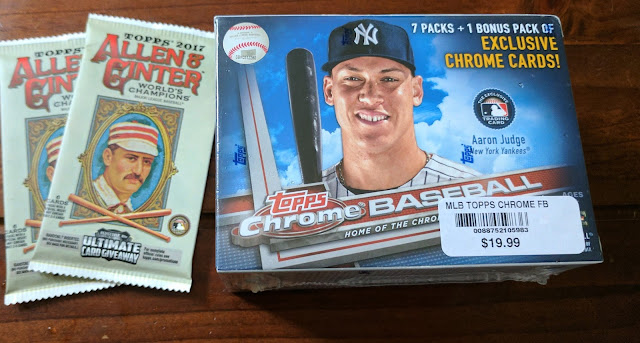 Anyways, while grocery shopping today, I figured the wake of National Baseball Card Day was good enough excuse for me to blow some cash on retail. Grabbed the last couple packs of 2017 Allen & Ginter and one of the two 2017 Chrome blasters on the shelf. This is the first retail I've bought this year, with the only '17 cards I've opened so far being my pre-order a few months ago of 2 boxes of 2017 Archives and a box of Star Wars 40. I know this isn't exactly the same as supporting a LCS, but still, buying retail once in a while at least makes me feel like I'm doing my part to keep baseball cards popping up on the shelves. 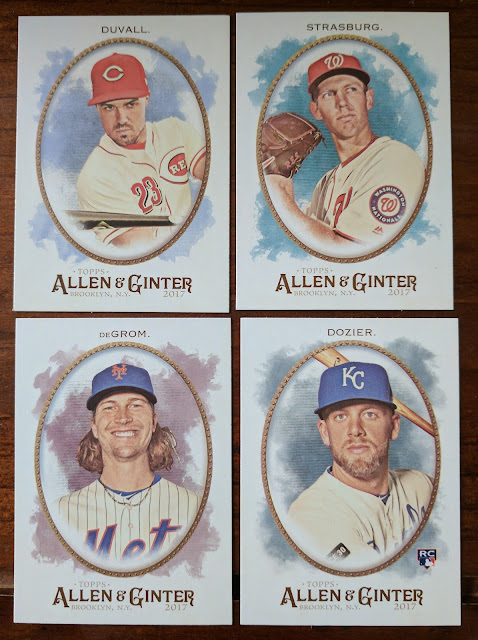 A&G pack 1. Well, Strasburg is a guy I collect.

Fish insert, jockey mini, and a modern buyback. As most bloggers have mentioned, buybacks in Ginter are terribly out of place and Topps should be ashamed at themselves over that blunder. An original Ginter card from the 1800s? Yes, that would be awesome to pull from a pack of Ginter. I'd begrudgingly be ok with an A&G buyback from recent years. But 2006 Topps flagship? Does not belong in there. 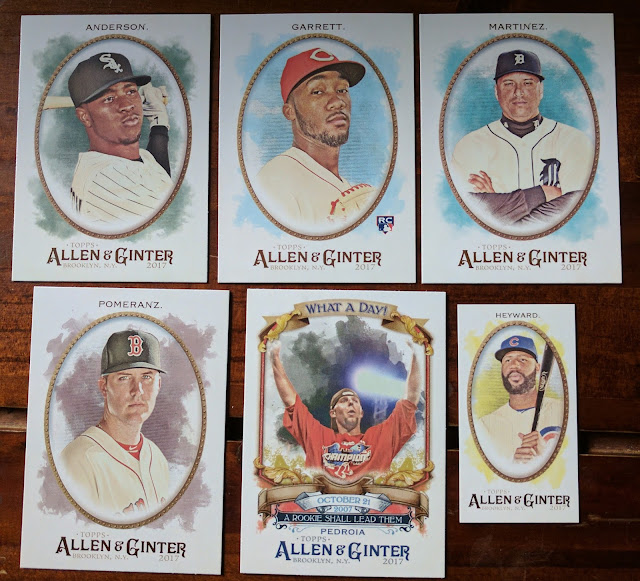 And here's pack 2. Meh. I think the Pomeranz is a SP, right? Besides the Strasburg, all these A&G cards are available for trade.

So those Ginter packs were duds for me. Let's hope I have better luck with Chrome... 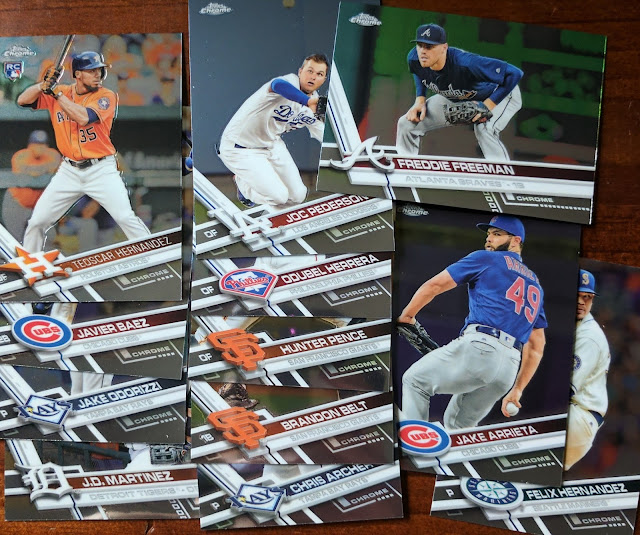 Base available for trade. 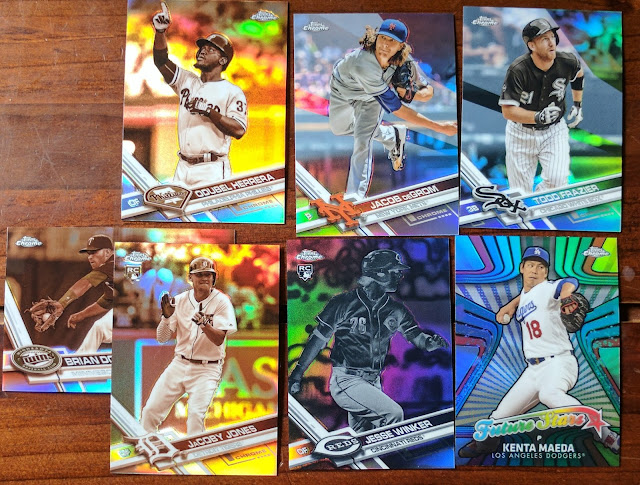 Refractors and an insert. I could be talked out of these. Nothing serial numbered, unfortunately. 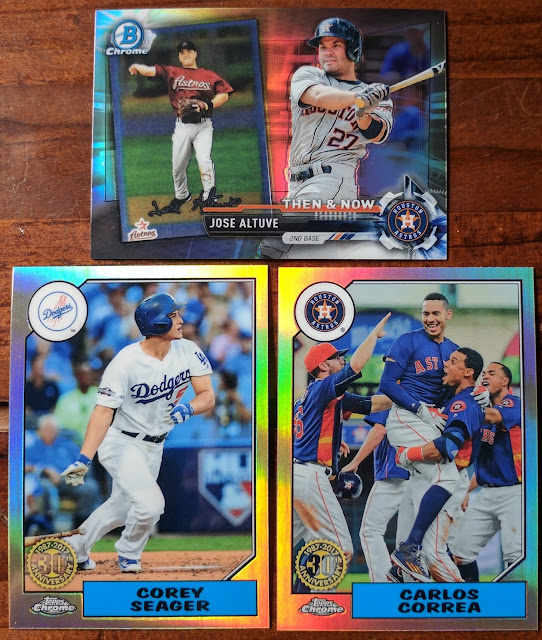 And the best card of the blaster... 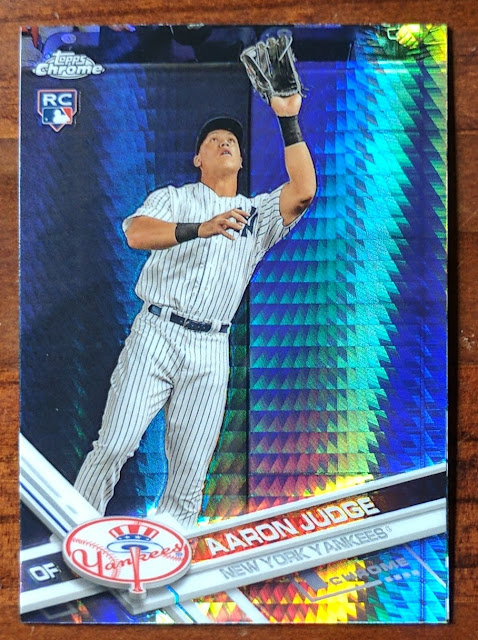 Boom! Judge fishfractor! That's worth the price of admission, right there. I know he's cooled off since the All-Star break, but still a sweet card to pull.
Posted by defgav at 3:23 PM