Picking up some laundry from the card show

Ok, let's crank out the last of my card show pickups. I'll lead off with the most expensive card I bought at the show: 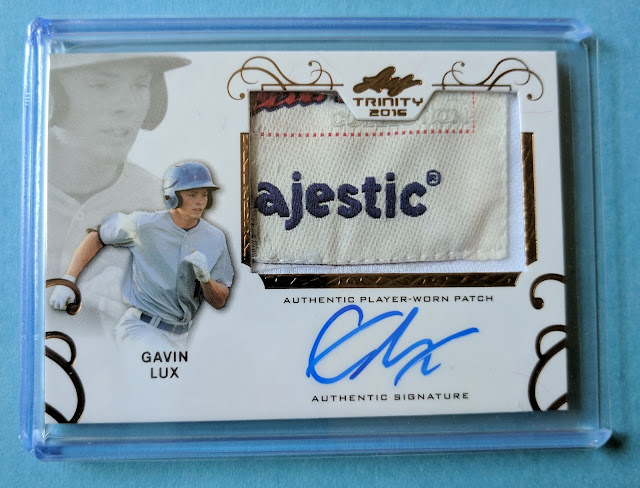 My first laundry tag! Pretty neat. Wish the "M" in "Majestic" could have squeezed in there, but still a great addition to my Gavin Lux PC. 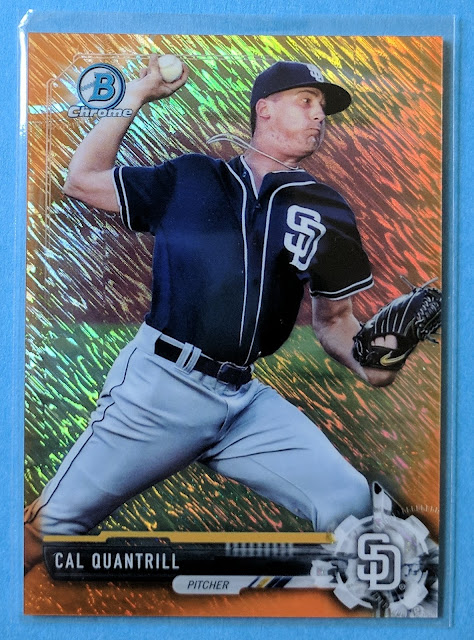 Here's the only other card I paid more than a buck for at the show. Cal Quantrill is the Padres #2 prospect and I didn't really have any nice cards of him, so this fit the bill. I love shimmer refractors. This orange one is #'d 6/25. The back mentions he's a fan of Game of Thrones.. oh man, what a good/brutal episode last night. I love the show but I want it to hurry up and end. 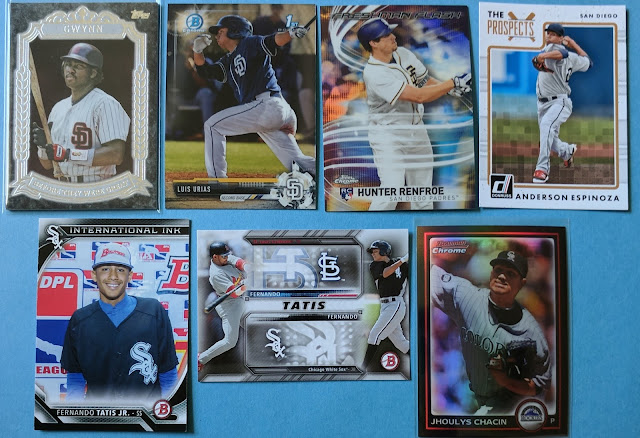 Here are some more Padre-centric cards.
The Gwynn is a "Before They Were Great" insert.
Luis Urias is cool.
Surprised to see Hunter Renfroe sent down to AAA, as his 20 taters are second on the club to Wil Myers' 24.
Fernando Tatis, Jr. recently got promoted to AA, impressive for an 18-year old. Padres made a good deal getting him from the White Sox for James Shields.
Jhoulys Chacin has been a solid starter for San Diego this season. 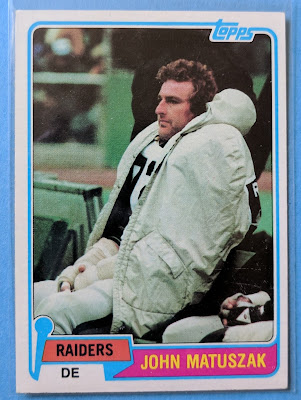 Here's the only football card I bought on the day. (Didn't even find any good football trade fodder [specifically kept an eye out for NY Giants cards for SCC].) It's my second John Matuszak card. I like him because he played Sloth in The Goonies. 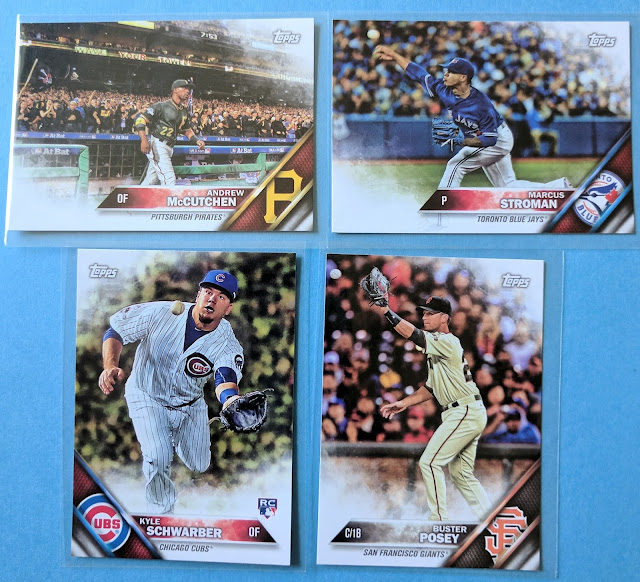 These might seem like standard 2016 Topps cards at first glance, but they're actually the New Era cards. I regret paying way too much last year for an ill-fitting Padres hat I rarely ever wear just so I could get a pack of exclusive cards. I pulled the McCutchen, Stroman, and Posey in my pack. I ended up selling the Posey for a few bucks to recoup some of the money. Fast forward to the show and I bought these for a dime each. Cutch and Stroman are dupes available for trade, if anybody needs them. 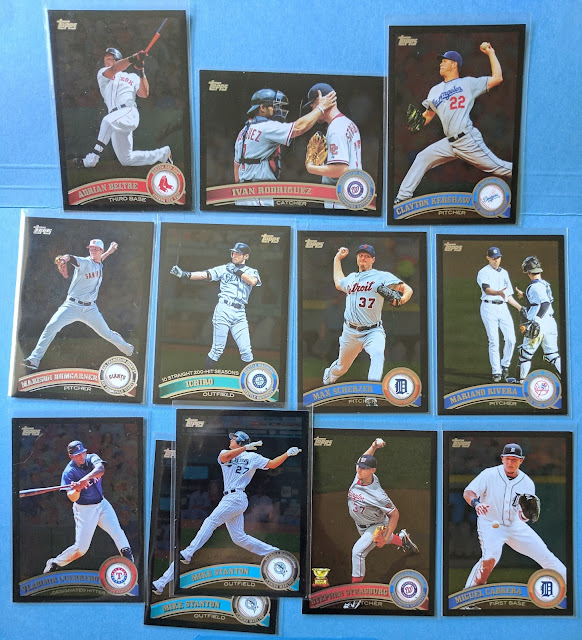 Hey, howbout that eclipse today, huh? That was kinda cool. Anyways, on the topic of blacked-out stars, let's close out with this.. a sweet cache of 2011 Topps black Walmart parallels of big names. I believe these were also from the dimebox. Even picked up an extra Stanton at that price so I can have one for the PC and one for the 2011 Topps parallel frankenset.

So there you have it. Also grabbed some trade fodder, not pictured, some of which should be hitting mailboxes soon. It was definitely a good show for me and I came home with a lot of quality cardboard, even though my main dealer guy wasn't there.
See ya next time.
Posted by defgav at 4:13 PM