Cards From The Marcus; Rocket From The Crypt

Back in the day (2013), Marcus from all the way to the backstop was the first blogger I ever traded with. He doesn't blog as often these days, but he's still active on Twitter. A little while back he tweeted out some highlights from some 2017 Heritage High Number he had ripped, and I inquired about the availability of a couple cards. He gave me the greenlight, and I sent him a modest PWE with a couple special customs as the focal point. A couple days ago he hit me back, with not just those couple cards I asked about, but a bunch more great cards too. 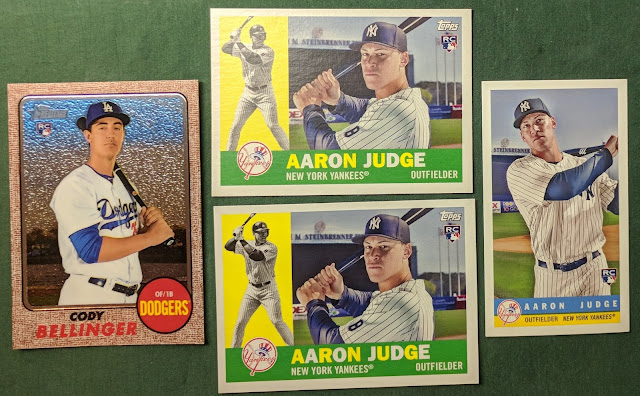 Wowie wow wow-wow! I confess to being very susceptible to "rookie mania" going back to my childhood days of chasing Kevin Maas and Keith Mitchell cards in the early 90s. And even now as a grow-ass man, I will unapologetically ask for your available Aaron Judge and Cody Bellinger cards, despite the Yankees and Dodgers being among my least-favorite teams. Not only did Marcus send me my first via-trade Judge card, but he sent me three of them! If anybody needs the extra Archive base card in trade, let me know. And I believe this is my first #'d Bellinger card (/999), which is pretty cool. These guys are the presumptive ROY winners, with really the only question being if they'll be unanimous winners or not. The BBWAA Jackie Robinson Rookie of the Year Awards will be announced Monday, Nov. 13 at 6 p.m. ET. 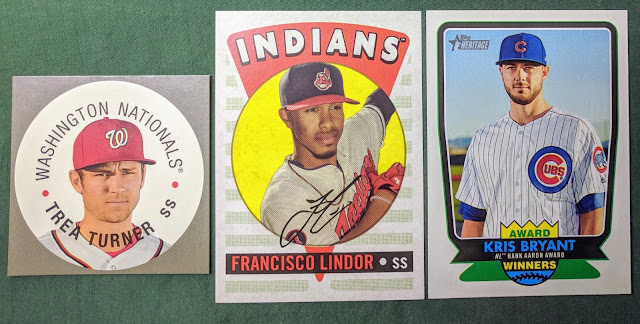 The 2 cards I asked Marcus about were the Bellinger and this Trea Turner, everything else was an awesome surprise. 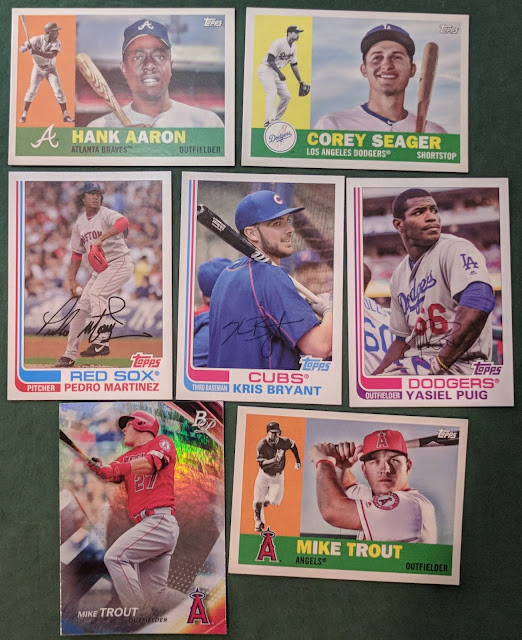 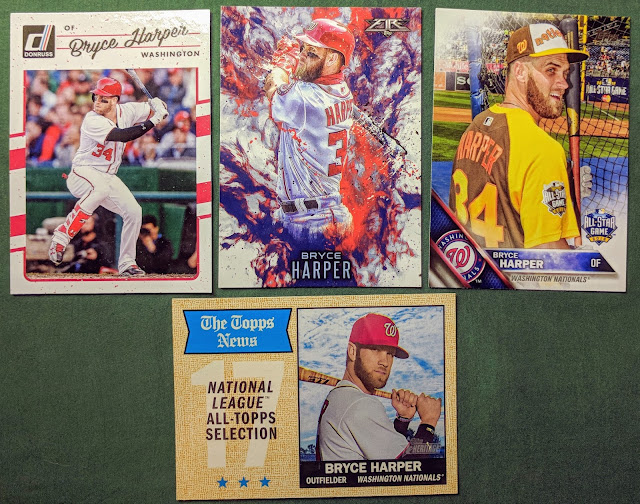 I recently counted up my Bryce Harper cards and it was comfortably over 100, though I will definitely drag my feet in moving him from my "high priority" wantlist into the "Hundred Card Club" section. Dude is only 25 years, 25 days old. Younger than Aaron Judge! If he stays health and plays till he's 40.. wow, he'll have some incredible career stats. 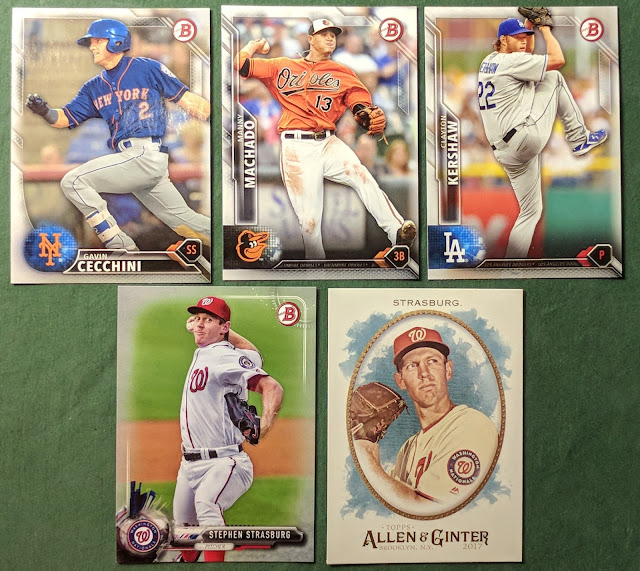 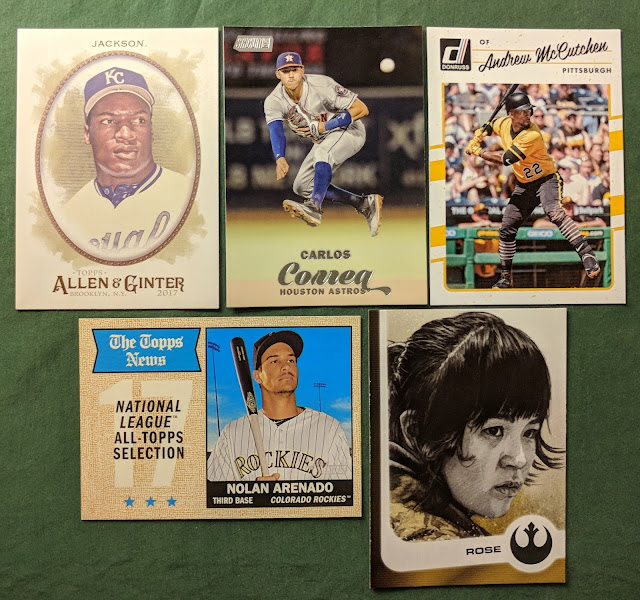 And the cards keep coming. Even a Star Wars card. I don't know who Rose is, but I'll take it!

Big thanks, Marcus! That really was an incredible return package for my dinky PWE. I owe ya one.


Ok, I know "Rocktober" is over, but my injured finger hindered me from getting to a few things near the end of the month that I wanted to, so you may see a couple posts creeping out here in November. And heck, it's my blog, so I can sneak in some music content once in a while, right?

Marcus and I are connected not just for our devotion to the San Diego Padres, but we also share a love for San Diego's favorite rock band Rocket From The Crypt. I figured I'd show off some of my RFTC stuff piggybacking with the cards Marcus sent. 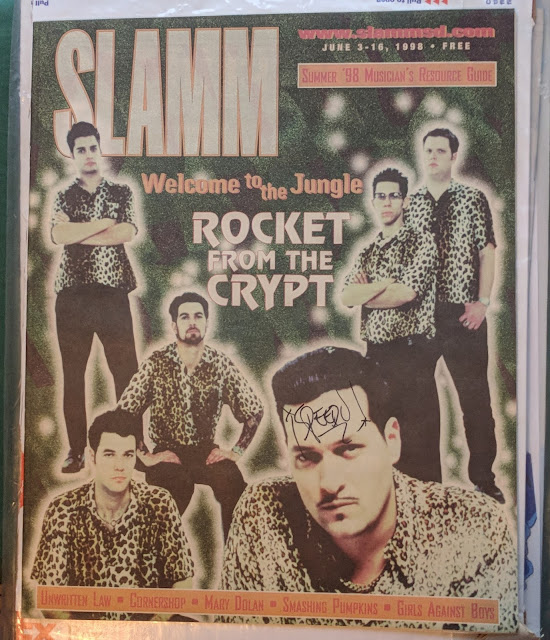 I got this SLAMM magazine signed by frontman John "Speedo" Reis at an in-store appearance at the record store Off The Record in San Diego on 6/2/98. My buddy Doug and I arrived late and missed the first half of the live performance, but got to briefly meet him afterwards and get his autograph. At the time we thought it was funny that he signed on his forehead, though in hindsight, it's a great place to sign to make it visible. 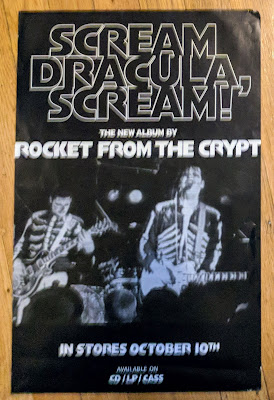 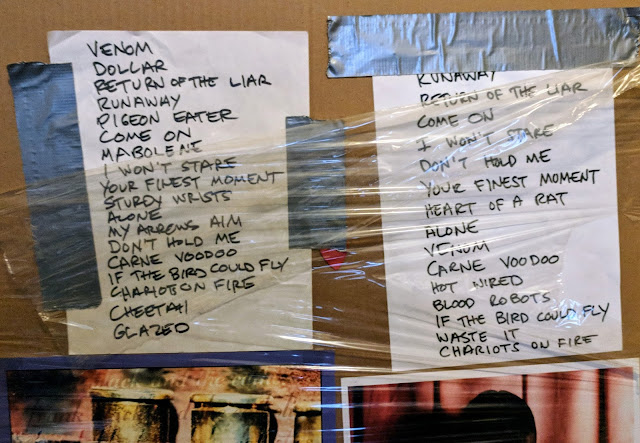 Here are a couple setlists and a pick. The one on the left is from 12/8/99 and the one on the right is from 11/23/99, both at the Casbah in San Diego. I've been lucky enough to see them live a dozen times, which as far as I can figure is the most times I've ever seen one band. They always put on a great show. 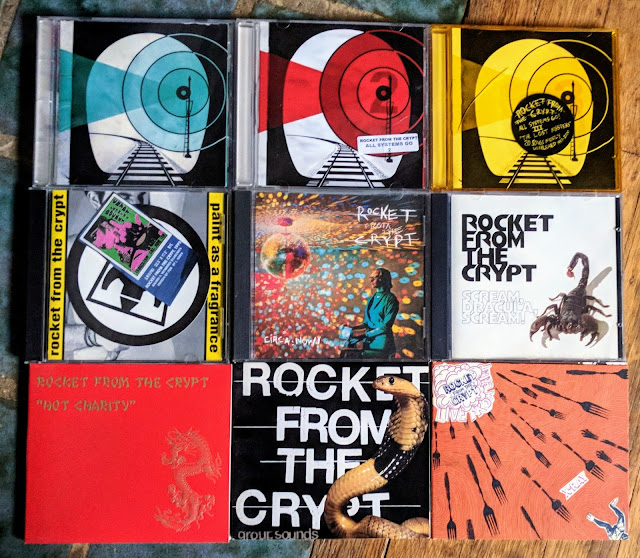 Here're my RFTC CDs. I jettisoned my least-favorite album (1998's RFTC) in a recent CDs+cards deal as I work on majorly slimming down my CD collection, but I might have to hang onto most of these. Or maybe I'll send them to Marcus so he can have extra copies to keep in his car. Group Sounds is the import version with 3 bonus tracks. 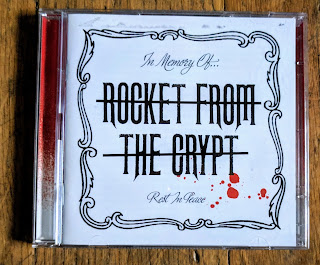 And here's a CD/DVD release of their final show on Halloween 2005 (until they eventually reunited several years later, and are still somewhat active with an occasional little tour). I was front-row center for this show, even sang along in one song when Speedo stuck the mic in my face. It was actually a tough experience for me because in the middle of the show I cut my hand open on some broken glass from the opening band. Lost a lot of blood! But yeah, it was a memorable night.

Anyways, there's some of my cool Rocket From The Crypt stuff. Have a great weekend, everybody.