Ernie Banks was among the first certified autographs in my card collection thanks to the Nabisco mail-in offer from 1993. But now 24 years later, I've added a nice licensed autograph card, too. 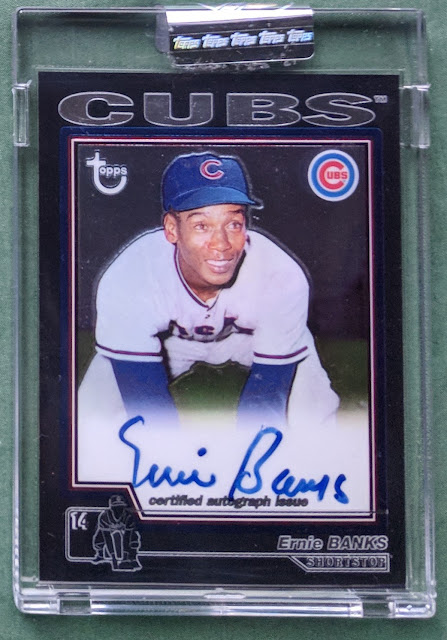 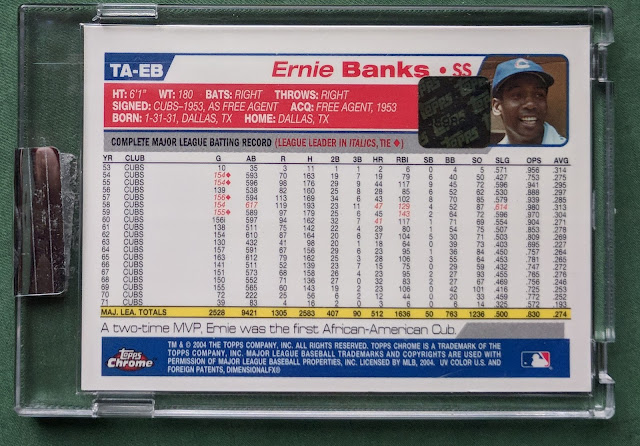 My ultimate collecting goal is to complete the set with all refractors (my current setbuild is a mishmash of base autos and refractor autos). While I'd eventually like to pick up a refractor Banks, this one had a reasonable enough buy-it-now to where I'm confident I'd be able to turn a little profit on it if/when I upgrade to a refractor parallel down the line. So no harm picking it up, even if it's ultimately just a placeholder.

And speaking of upgrading to a refractor... 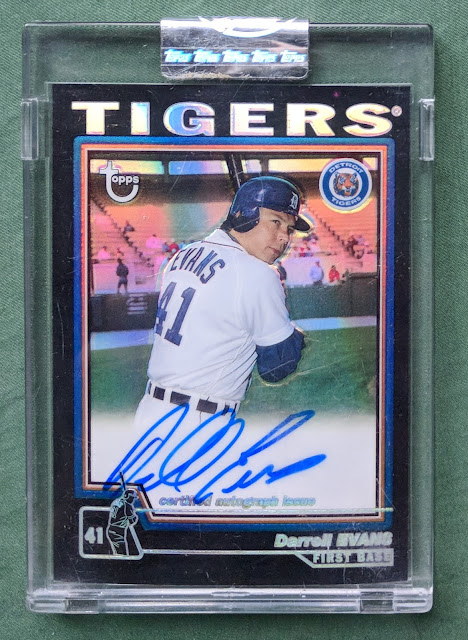 I've had the base version of this Darrell Evans auto for a few years. Very happy to see a refractor pop up recently, and jumped on it even if it was a bit more expensive that I would have liked. 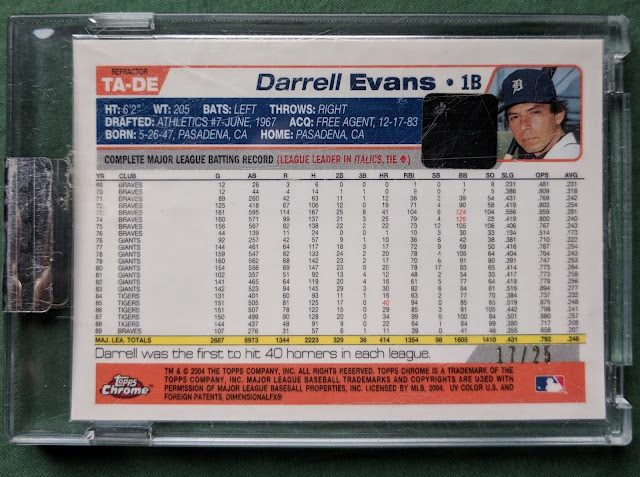 Evans is a guy I kinda collect, to boot. A member of the 400 HR club, he's got a legitimate case for the HOF (and is a Hall of Stats inductee), though never got much respect from voters.

With this, I'm just 19 refractors away from that lofty goal of mine.

After splurging this month with these and some other stuff, including Black Friday shopping and a COMC order, gonna have to reel in the cardboard spending for the rest of the year, but still plenty to blog about.
Thanks for visiting.
Posted by defgav at 3:43 PM