Thanks everybody, for the birthday/Christmas well wishes.

When I tell people my birthday is Christmas Eve, they often respond saying they feel sorry for me, assuming I got screwed out of presents. Haha, they never met my family! 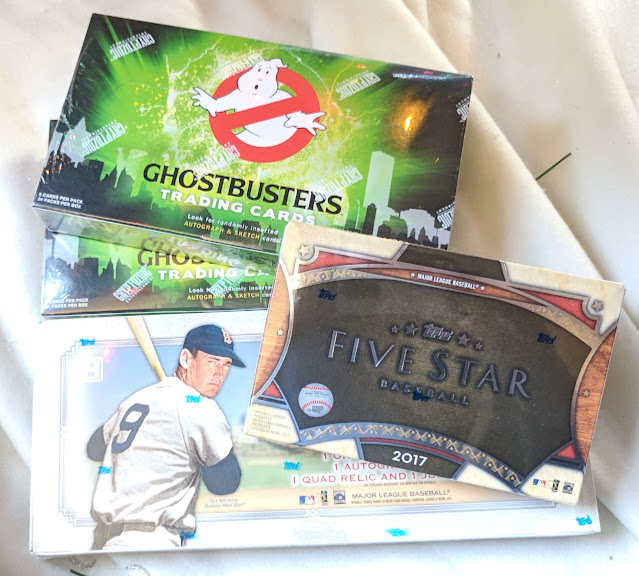 They spoil me rotten every December 24/25 and this year was no exception. In addition to the Topps Tribute box I posted about yesterday, I also got these boxes of cards under the tree. Definitely more than I was expecting, especially the bonus Ghostbusters box, but I'll get to that story another day. 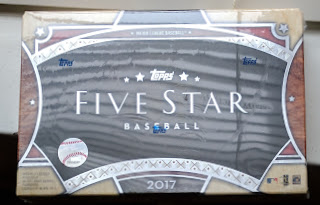 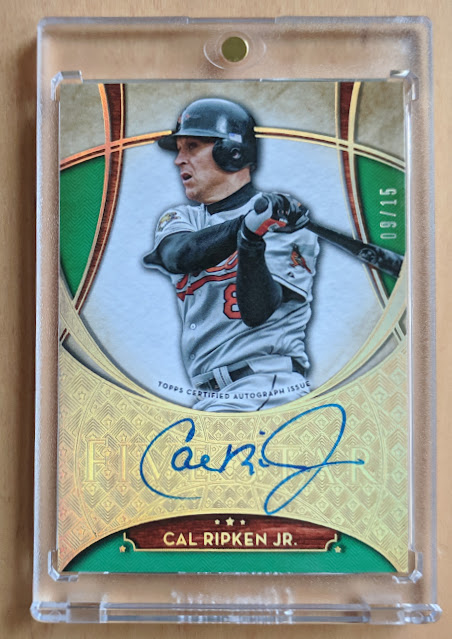 Woah! I lucked into a nice Cal Ripken, Jr #'d 9/15! Definitely a sweet pull of an all-time great.

If anything is a little bittersweet about this pull is that I already have a couple nice Ripken autos in my collection. Would have rather pulled an auto I don't have yet, like say Ichiro, Jeter, Mariano, or even Judge. But Cal is still among the best names I could have possibly pulled, so I can't complain. I'll happily add this to my Iron Man PC, though if anyone wants to make a compelling trade offer, I'd listen.

As for my second auto... 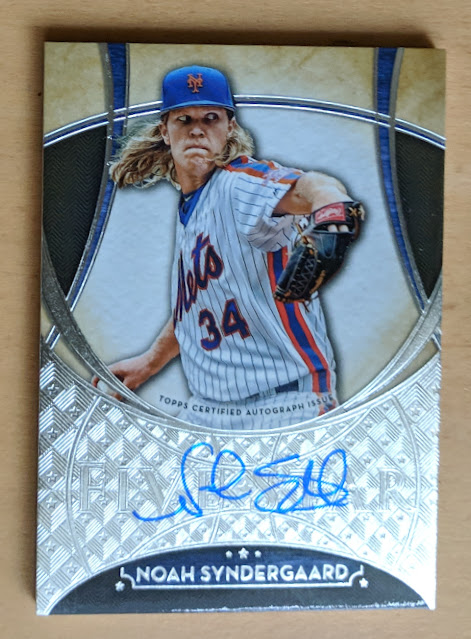 Well, it's not as exciting as Cal Ripken, but still a solid pull of one of today's top pitchers, Noah Syndergaard. I'll take it! I seem to have a knack for pulling hits from the Mets rotation, as in recent years I've pulled a couple autos of Steven Matz. I also have a Zack Wheeler auto. (Just my luck, I don't have the best guy, deGrom). But back to Thor, he's been the subject of trade rumors lately, with my Padres being among the interested parties.

Sorry if my last post was confusing regarding the contest/draft thing. I'm just trying to do a little something nice for friends 'o the blog, while also trying to get some action on the blog during what's usually a slow time of the year. So the plan is I'm posting for 12 days in a row (12 Days of Christmas), and on each post, there will be a new winner. On day one, it was Chris. Now on day two, it'll be the first eligible person (listed below) to comment on this post choosing a prize from the prize pool. (Update: Congrats Brett Alan! He picked the shiny Topps Fire lot.)