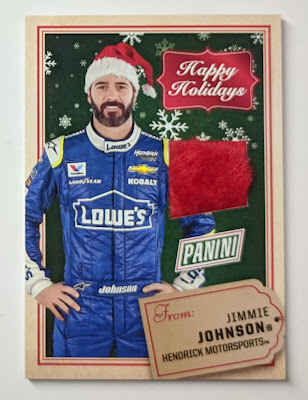 We're entering that ol' season of giving, and while in the past I've done mailing-blasts and blog-events leading up to Christmas, it always ends up being an exhausting undertaking, what with all the other stuff going on this time of year. So this year, I'm thinking a nice post-xmas giveaway. It'll likely be a card "draft" giveaway not too unlike Night Owl's recent event, with lots of prize options and multiple winners. I've been a lucky winner in a few recent cardsphere contests (not to mention greedily calling dibs on a bunch of primo slots in Wes's big 12/25 event), so I feel the need to give back. So stay tuned for that and be sure to take a moment later in the month to check in with the blog for a chance to win some cards. 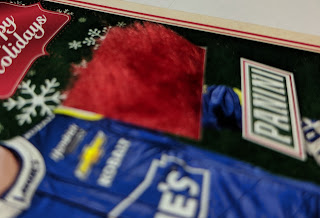 Got a few different incoming mailings to cover in this post, and this first one is from Doug at Sports Cards From the Dollar Store. This card is one of those gimmicky but fun cards from Panini where they take a photo of a guy wearing a Santa hat, then make relic cards from the hat. Nice card to spice up my modest PC of this guy I went to high school with. 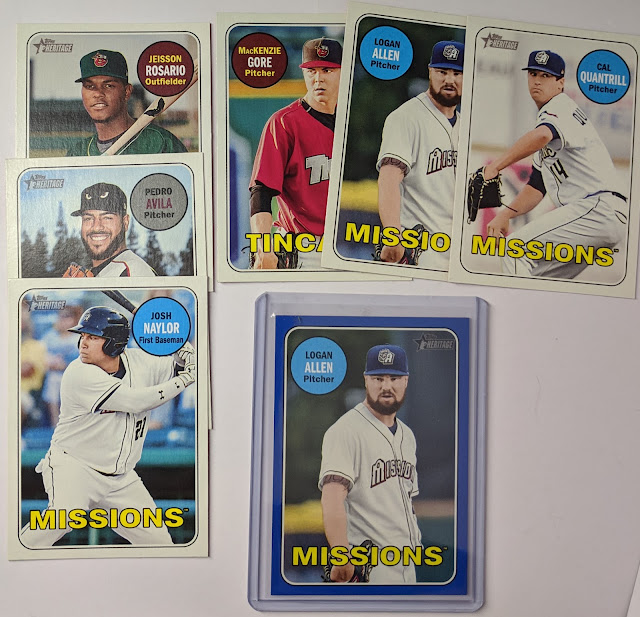 I think these are the first 2018 Heritage Minors cards in my collection, maybe. Good selection of future Friars, highlighted by a blue Logan Allen. 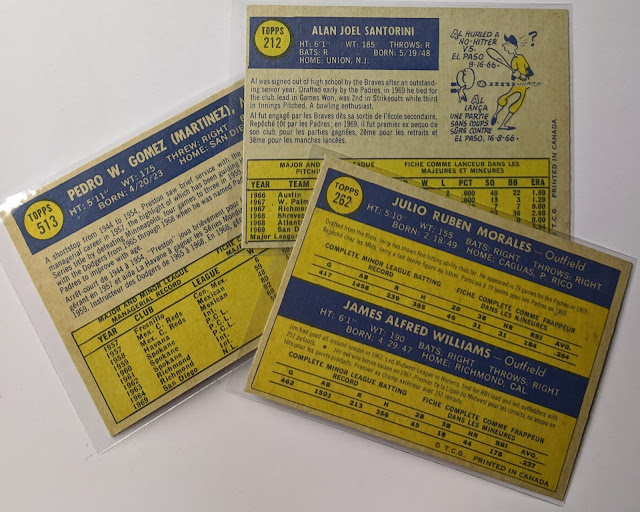 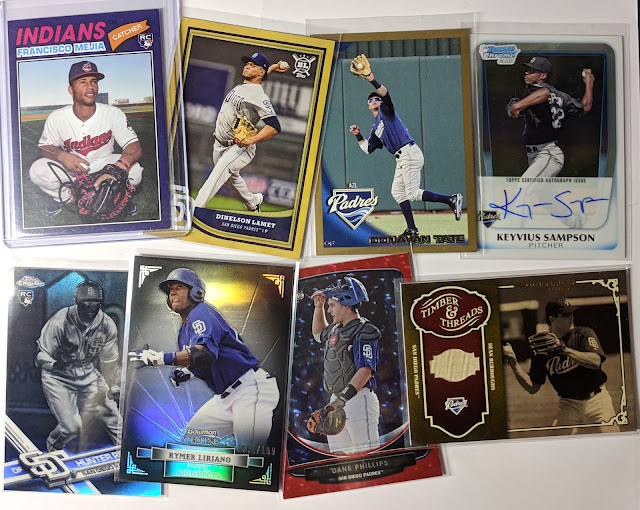 More nice Padres cards of promising guys who failed to become quality major leaguers or are on their way to such a fate (prove me wrong, Francisco, prove me wrong!). Sean Burroughs bat relic, in case you can't read the tiny text. Keyvius Sampson made the majors with the Reds in '15-16, but looks like he was out of baseball last year. Neat auto. Like most Padres 1st round picks, Donavan Tate washed out of baseball after an unimpressive minor league career. The former two-sport star tried to return to football last year, but doesn't look like that panned out. 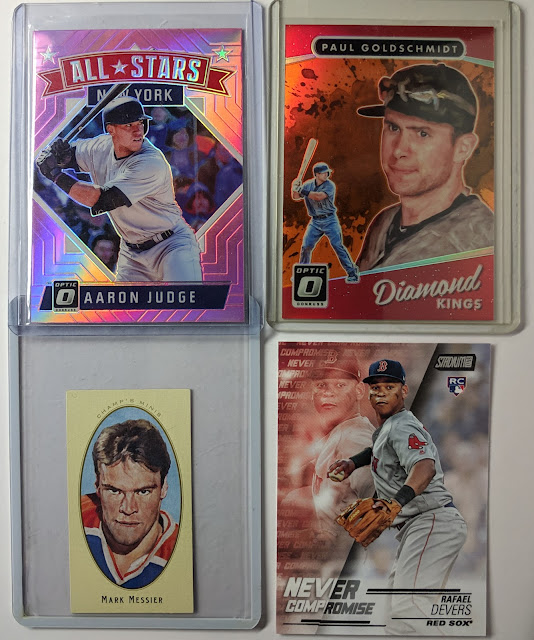 Some other PC cards. Good stuff. 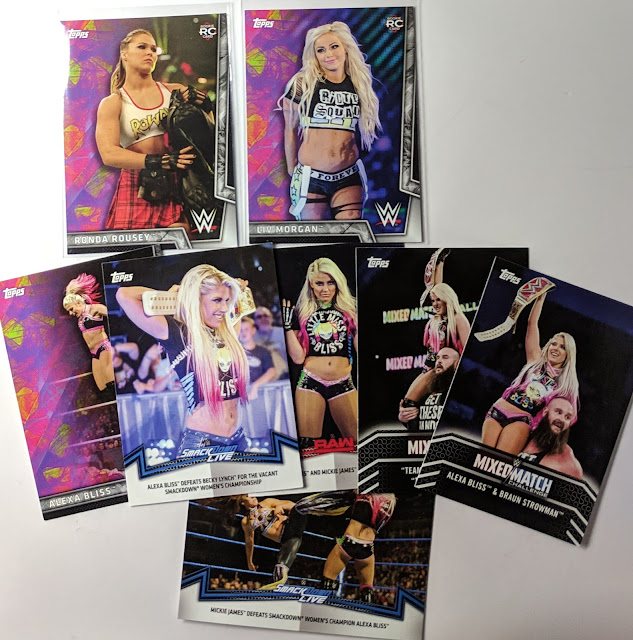 And cards of lady wrestlers I collect. I think my Alexa Bliss PC doubled thanks to this mailing!

Very appreciated, Doug! I think this return makes the Felix Millan auto you traded me for pale in comparison, but I'll try to hit you back next time.

Next up is my prize from Night Owl's recent 10 Year Anniversary giveaway. I was lucky enough to get into the list of eligible players, though the randomizer threw me down near the bottom of the draft board. By the time I was on the clock, most of the cards that caught my eye were gone, though I was able to add a nice Andre Dawson 2011 "legend variation" to the PC. 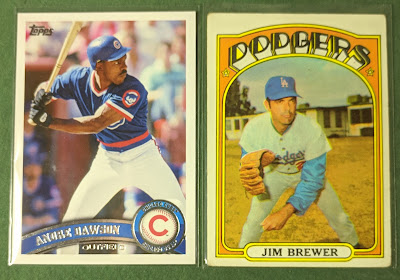 Greg was kind enough to throw in a bonus card for my recently-begun '72 Topps setbuild. I am at 6.6% complete with this godforsaken set and already know it will be the Baines of my collecting existence for the next several years. I just need to keep telling myself it's a long term project. Just moving along with a random card here and there, such as Jim Brewer here, and eventually down the road, I'll have it in my sights.

Next up is a PWE from Sport Card Collectors. 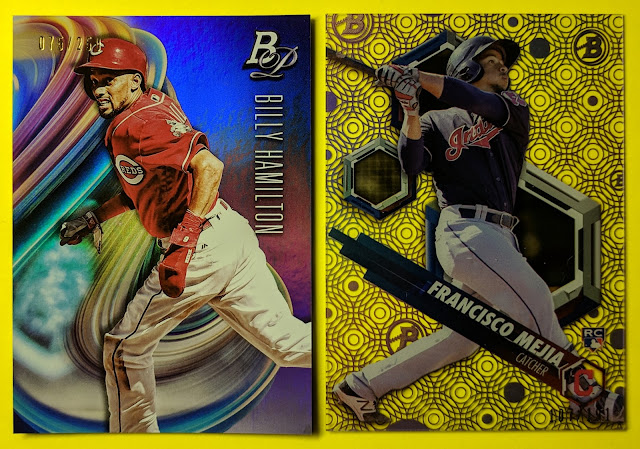 Lovely pair of cards here. Billy Hamilton was surprisingly let go by the Reds recently and picked up by the Royals. Best of luck to him in KC. 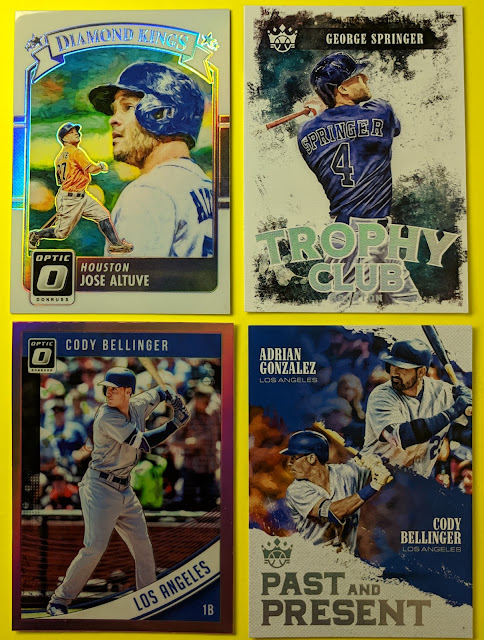 Some Astros and Bellingers.

Thanks, SCC! Hope you like the return PWE I sent.

Here's a surprise holiday PWE from Billy at Cardboard History. 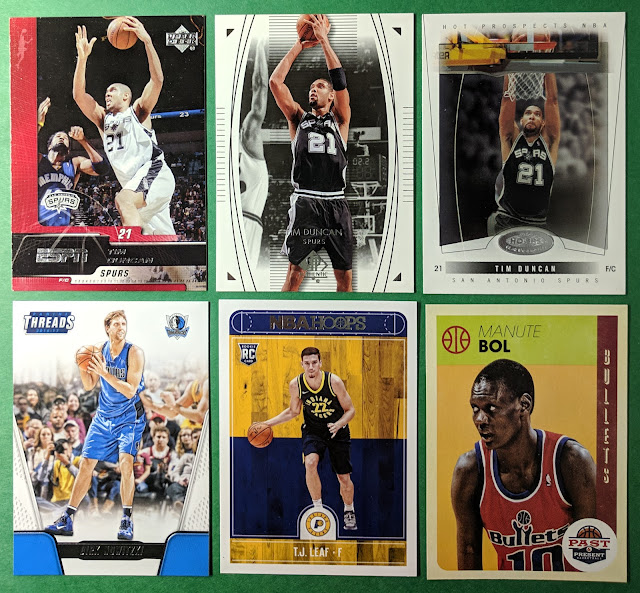 Thanks, Billy! I've been working on sending some cards your way soon.

Lastly for today is a contest win from Jeremy at Topps cards that never were. 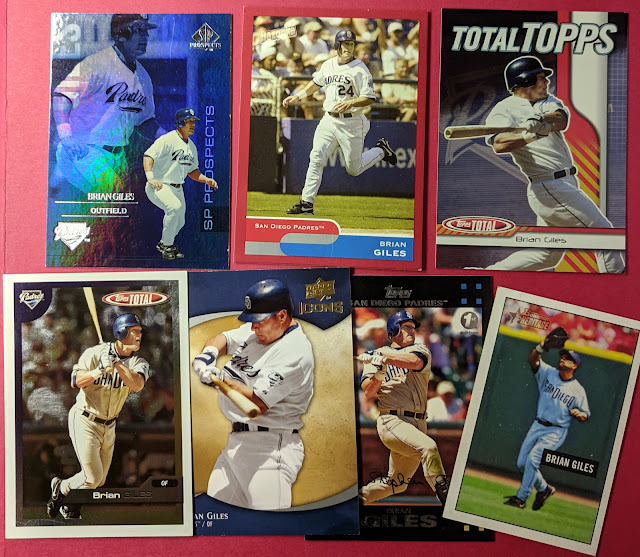 I wasn't expecting this lot of Brian Giles cards.. and though my PC of his is pretty large, pretty sure I needed just about all of these! 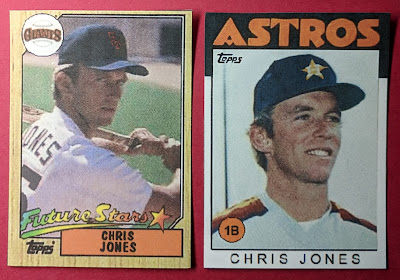 The prize in the contest was Jeremy would send you a few customs he made of your choice. I was a little confused if he had already made them or not, and I asked about Chris Jones, a guy from my high school who played in the bigs but never got a real card from his MLB career. Jeremy kindly obliged. Glad to have these whipped up for me! 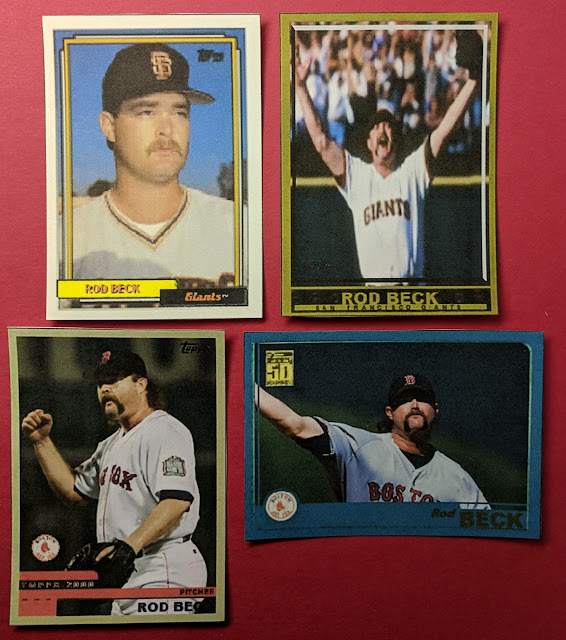 I also asked about some missing Rod Beck cards that Topps neglected to make, and he came through big there, too! (Beck has a Gold '92 Topps card-- a replacement for a checklist-- but not a standard issue in the set.)

Of course I'm partial to the San Diego era cards, but all are appreciated.

Thanks so much, Jeremy!


Thanks again to everybody who's sent me cards. And thanks for reading.
Posted by defgav at 10:59 PM