Gone to the dogs

My spare time for card/blog activities has been cut down significantly over the past week due to us dog-sitting an energetic puppy for a work friend.

But one dog I always have time for is the Turrdog. He collects HOF autographs and his ears perked up when I posted the other day that I had a Dennis Eckersley auto available. Didn't take us long to hash out another successful trade. 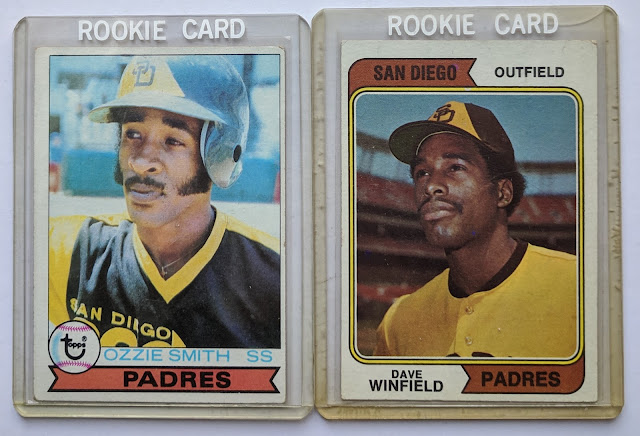 Here are some big dogs! Awesome pair of Padres rookie cards.. probably San Diego's most desirable cards of the 70s (unless you wanna count that guy sneaking onto Mike Schmidt's rookie card). While I already had copies of Ozzie Smith and Dave Winfield's rookies, it's great to get an extra of each so I can dedicate one to the respective PC and another to the ongoing setbuilds of '74 and '79 Topps. 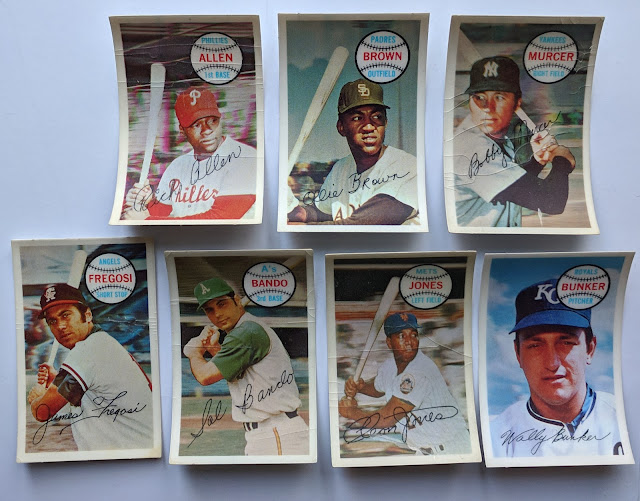 Jeffery also noticed I recently added all the vintage Kellogg's sets to my "maybe someday" list of collecting projects I'd like to work on.. and gave me a nice lot the beautiful initial offering from 1970. My favorite has got to be the Dick Allen, which I believe I needed for the PC. 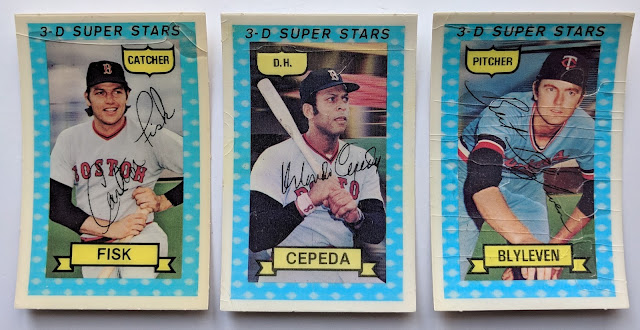 Also a nice trio of HOFers from the '74 Kellogg's set.

Yeah, if anybody else has old Kellogg's cards available, I'd be down to take them. At this point, I don't mind cracking or curling. 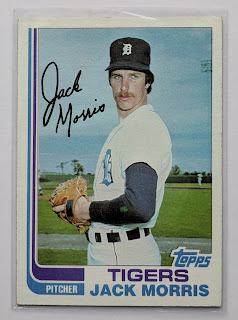 And lastly, my 1982 Topps set can now be put to bed. I had already completed it, but this was the last card I felt I needed an upgrade to consider it 100% good. (Well, actually there are still a few variations I'd like to eventually add, but are less of a priority: George Foster All-Star card with a signature erroneously on it, Tom Seaver All-Star card with text differences on back, and Pascual Perez with no position listed on front.)

Thanks, Turrdog! Hope the Eck arrived safe and sound.


Circling back now to the canine situation (The card stuff is done, so you don't need to keep reading if you don't care about pups)... the dog we're watching is named Mia and she can be a handful. 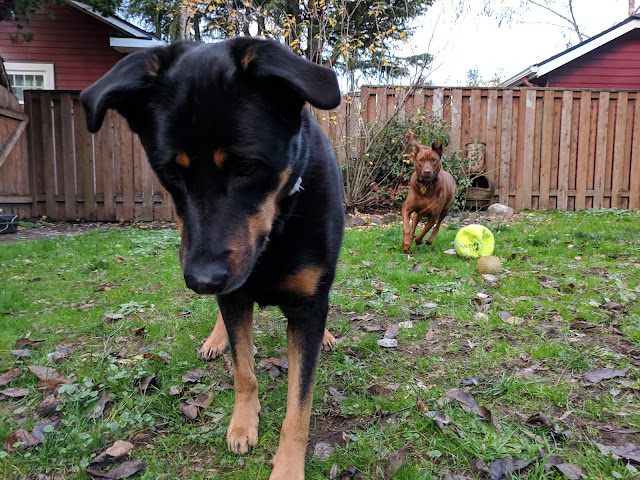 While Mia is a sweetheart most of the time, having her for the past week her really helped us appreciate what a chill, good girl our Annie is. It's been a long week for Annie, as Mia's always trying to wrestle with her, and playing with her toys, and stealing her food. Annie doesn't mind a little playing now and then, but not nearly as frequently as Mia tries to rile her up into it. 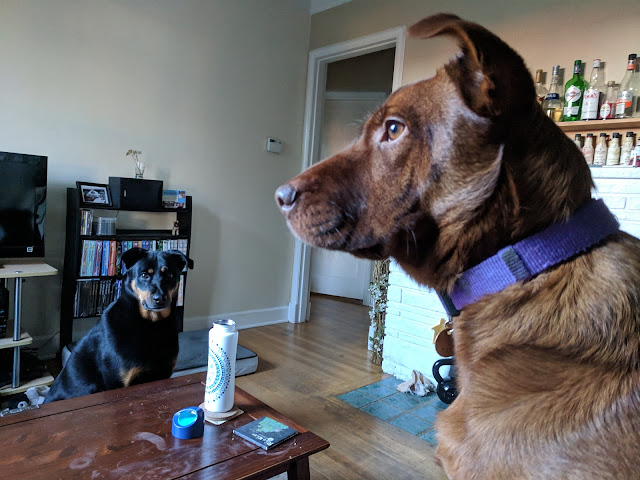 I would describe Mia as a mix between Scooby Doo and a squirrel.

Her owners did warn us that she once chewed up a big fat Stephen King novel. Of course I was instantly concerned about my card collection, and have been careful to keep the door to that room shut while she was on the prowl. But thankfully she's been good and only chewing on toys and the blankets she brought with her.

But yeah, keeping the peace between dogs and other extra pet-care stuff has been exhausting. Plus she sometimes barks/whines/is-otherwise-noisy in the morning, so I haven't been getting great sleep lately. I don't know how folks with multiple dogs do it, much less parents with kids. Hats off to y'all. 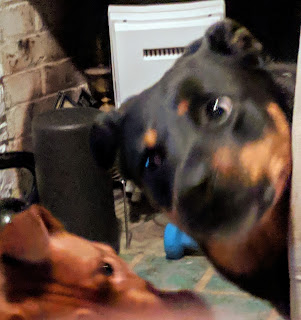 So I've fallen a little behind in my blog reading and writing-- all these Reminiscence Bump posts being batted around are great, but they're generally long and require some quality reading time so I can't knock them out of my reading queue very quickly. And I haven't had a chance to start working on a draft of my own, but probably soon. I had some big plans for the blog that I haven't gotten to (such as my long-delayed Shipping Tips post plus kicking around a card-draft/contest idea).

Mia's owners are picking her up momentarily, as of press time, so things can return to normal shortly. I'm sure Annie will be happy to be the undisputed queen pup of the house again, though they seemed to get along a little better with each passing day. Annie happened to have a dentist appointment scheduled for today (she's had teeth issues in the past). When they were doing a health check when she first arrived, the vet thought they detected a heart murmur, and said they'd do some scans and see if there was a problem. They'd have more info at the end of the day.

This made for a very fucking stressful day for my wife and I! Our last dog was taken away from us much too soon from cancer, and we're really needing a long run with this one.

But I'm happy to report that I've been informed her teeth and heart both looked perfect upon further inspection. I'm typing this up at the end of the work day, but I'll be hugging her extra tight tonight when I get home. The poor girl was probably just a little stressed out from the chaos at home. We might need to reconsider dog-sitting again unless it's an old, mellow pooch.

Anyways.. thanks for reading!
Posted by defgav at 5:06 PM