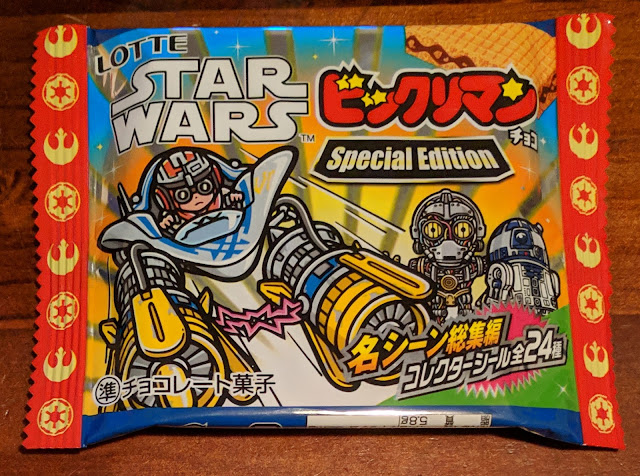 Zippy Zappy re-gifted me three packs of these Japanese Star Wars Special Edition chocolate wafers (each with a collectable sticker inside) a couple years ago. I opened two and posted about them. Just recently, Kenny revealed that he was appalled that I ate the wafers rather than throw them away, and implored everyone to refrain from sending him treats in the future.

Well that sort of reminded me that I still have one of these left that I've been meaning to rip. It's a little after 9:30 pm on a Friday nite and I've been thinking about having dessert. As long as these don't look too gross at this point, I'm totally going to eat them. I mean, come on, I 'chew'(eat) Topps gum from the 80s as long as it's pink-- My old saying is "If it's brown, put it down. If it's pink, it's ok.. I think."-- so if you send me something edible I will most likely put it in my mouth. 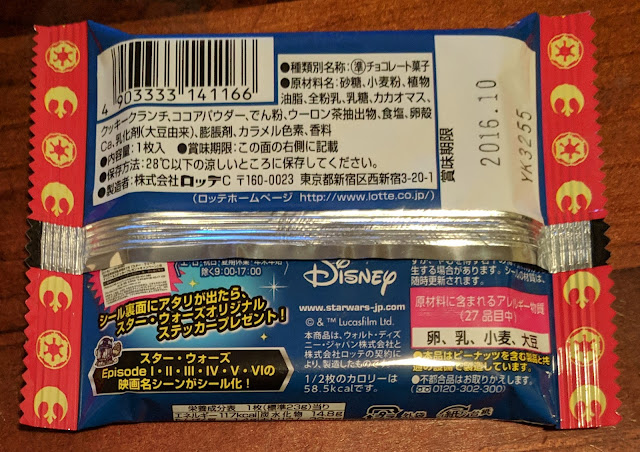 October 2016 wasn't really that long ago. Those dates are just meant to push product anyways, not really related to the food's freshness. 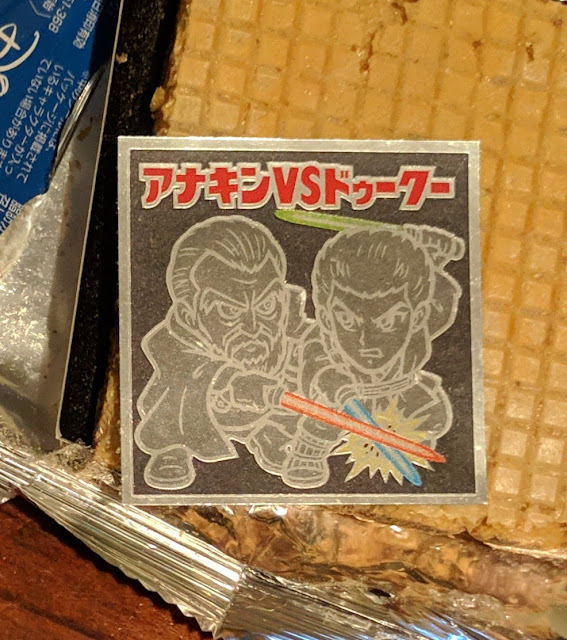 Oh cool, it's an action sticker! An epic lightsaber battle from Episode II, my 2nd favorite/2nd least favorite of the prequels. It's a welcomed addition to my little Star Wars collection. 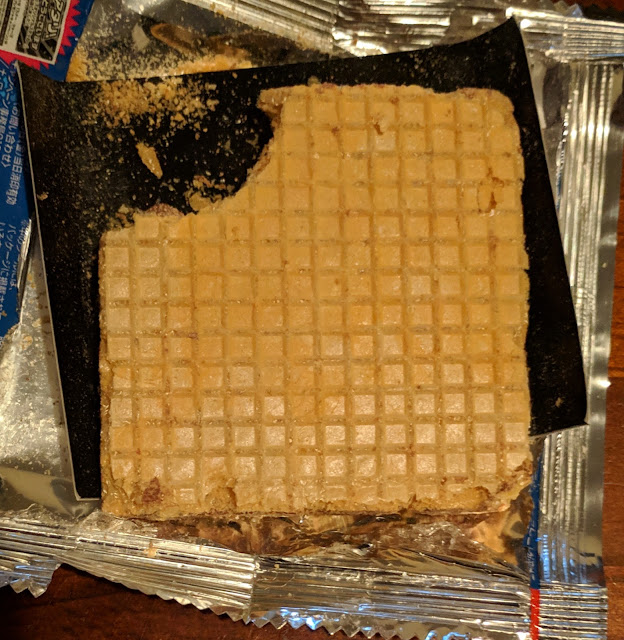 As for the wafer.. hey, it's not bad.. just fine. In fact I think tha-- *suddenly collapses and dies. RIP defgav*
Posted by defgav at 9:53 PM