My tongue-in-cheek collecting goal for 2018 was to not finish any vintage sets-- sort of giving myself an excuse to chill out a little on that front. And it looks like I'll accomplish that goal. I mean-- well, I did complete 1980 Topps, which is in the grey area for what is considered vintage. And I also checked off 1982 Topps and a few other 80s sets. But I didn't finish any pre-1980 sets, so yes, it's an achieved goal! 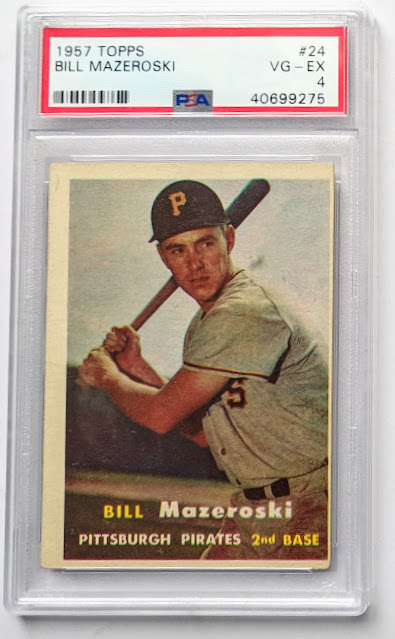 But I made decent progress, so maybe my 2019 collecting goal should be to complete either 1957 or 1964 Topps, both of which I'm at around 70% complete currently. This Mazeroski rookie was a nice recent pickup. Off-center, but otherwise in great shape. 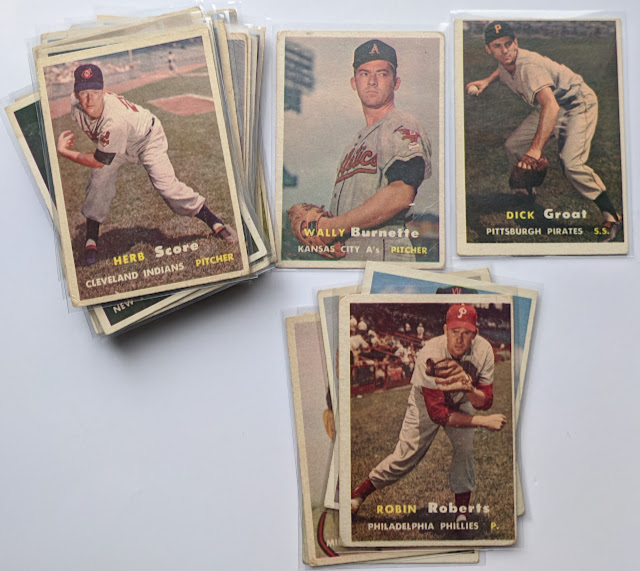 I also picked up about 30 cards in my latest COMC order. Highlights include Herb Score (woo!), Dick Groat ('60 NL MVP), and the great Robin Roberts. 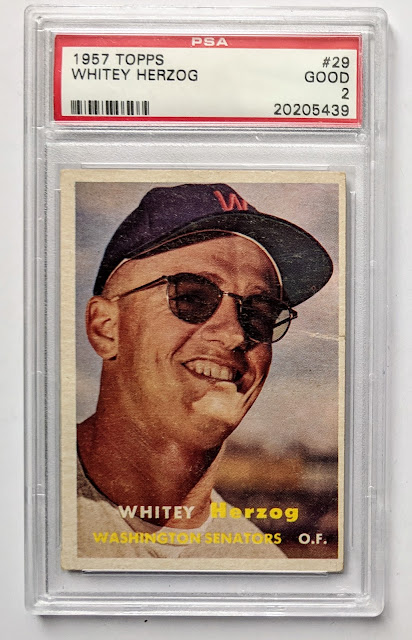 Whitey Herzog here is another HOF RC, though he was voted in due to his success as a manager and general manager, not his exploits on the diamond. The card is in fine condition other than a little gash in the middle of the right side, not unlike my Brooks Robinson rookie from the same set. It was pretty cheap, so why not. 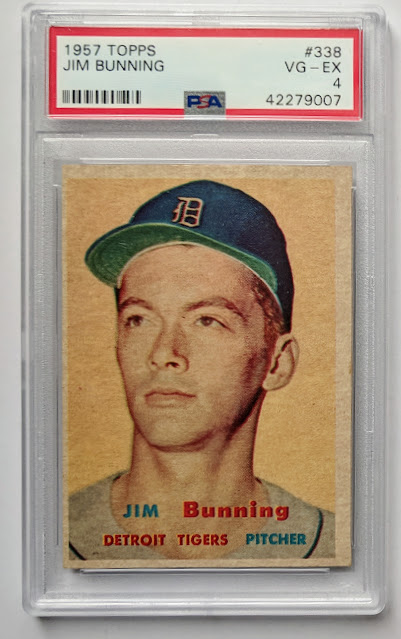 But the biggest add to mention here is this Jim Bunning. It's a tough high-number. A bit of a "dirty" PSA 4, but I think I got a good deal on it. Plus it's another coveted Hall of Fame Rookie Card. I believe I'm now down to needing only one more HOF RC in the set: Don Drysdale.

Email ThisBlogThis!Share to TwitterShare to FacebookShare to Pinterest
Labels: 1957 Topps