Into the Stratasphere (2 boxes of 2015 Strata baseball) 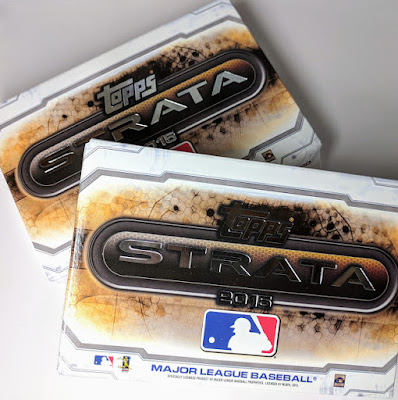 I picked up a couple reasonably-priced 2015 Topps Strata boxes on (black friday) sale to roll the dice with pair of high-end boxes. Two cards per box. Say a prayer and here we go. 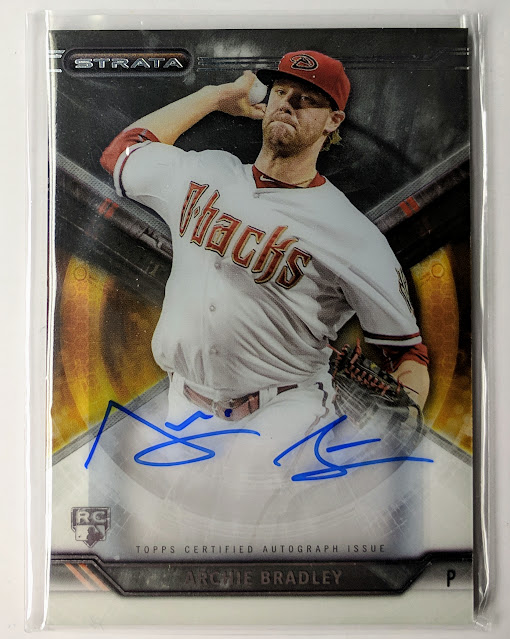 Archie Bradley is a decent pitcher, but nobody cares much for his autos. D-backs aren't in D-mand. This is a bad pull. 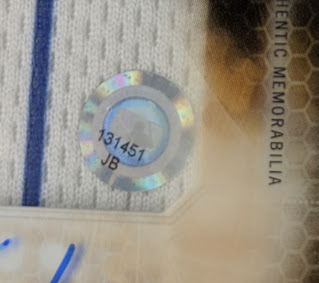 Soler went 1-4 in a 2-1 loss to the Nats. So while it's nice to get a couple pinstripes, this wasn't a notable game for him.

This was a bad box. Neither card was a star player nor was either even serial numbered. Bummer. 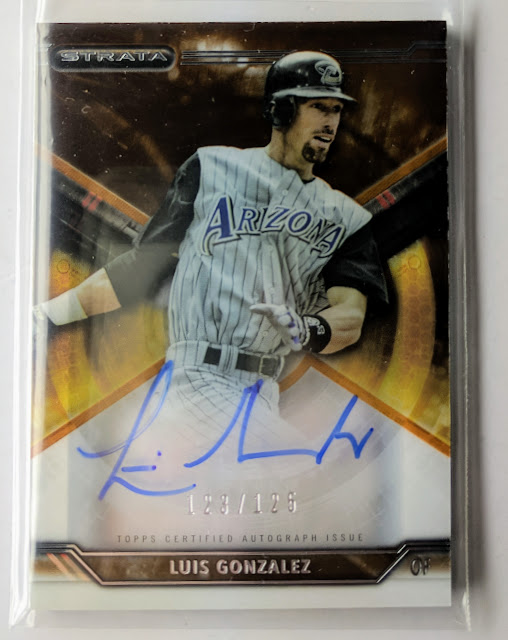 Luis Gonzalez had a good career and this card is numbered 123/125. He has plenty of certified autos out there (perhaps too many), so this isn't worth much, but still a decent pull for me. Even if it's another D-backs card, at least he's a World Series hero. 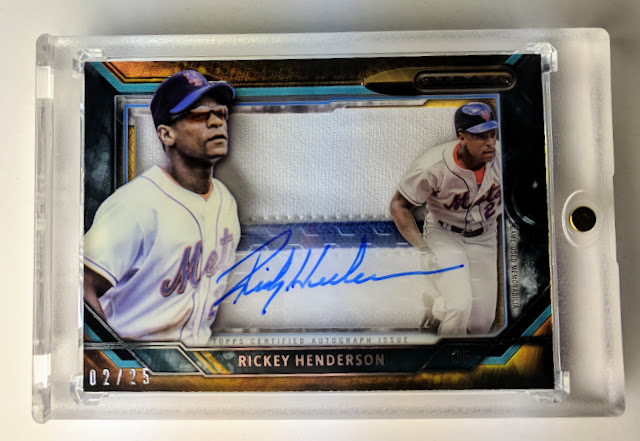 Rickey really saved my ass here, salvaging an otherwise crappy pair of boxes. A Christmas Card would have been amazing, but 2/25 is fine too.. no complaints. Mets hit... sort of a rarity, as it seems he's usually pictured on the A's in his post-career cards.

At first I was underwhelmed by the relic piece, thinking it was just the plain white fabric on top. But then I realized the blue line in the middle isn't part of the card design but rather part of the patch! I assume it's from the blue piping (or whatever you call it) from the jersey as seen in the photos. Too bad there's no authentication hologram with this one, but still a very nice card. 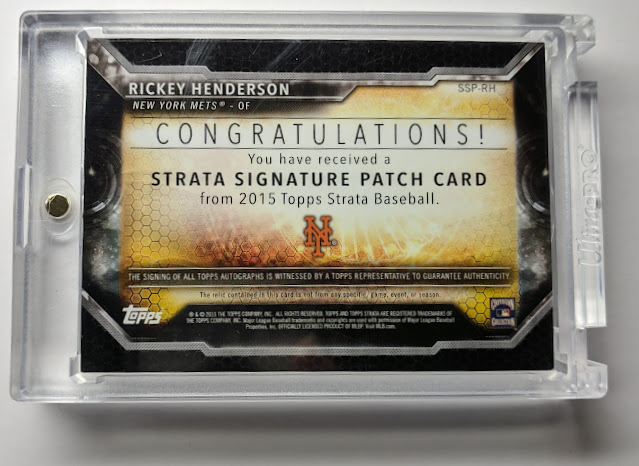 So yeah, boxes like these are definitely a crapshoot. Had I only gotten the first box, I would have been quite disappointed. But I doubled down and landed a nice card in the second box, and so I'm happy with the purchase. I could have easily ended up with 2 duds. Just the luck of the draw. Even with hitting the Rickey, the estimated eBay value of the cards likely wouldn't cover the price I paid for the 2 boxes (which again, were on a pretty good sale). It's obviously financially smarter to just buy cards you want on the secondary market, but there's definitely something to be said for the thrill of the rip.
Posted by defgav at 4:07 PM