Twin Vins for the Win

One of my most prized cards-- in contention for the title of "my favorite card" if I were forced to pick-- is my Vin Scully autograph. If you ask me, he's one of the game's all-time greats up there with Babe Ruth and Harold Baines. I recently doubled down and picked up another one. 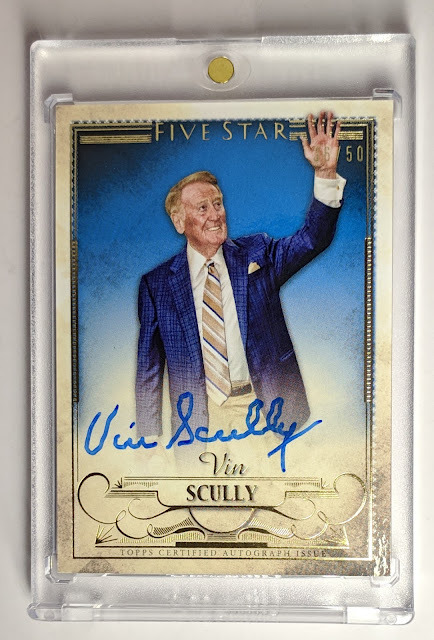 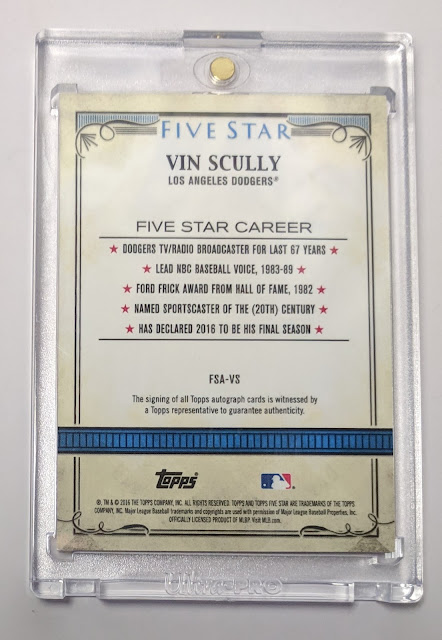 Always nice when there's more of a back to a hit than just "Congratulations!" Five star career, right there! 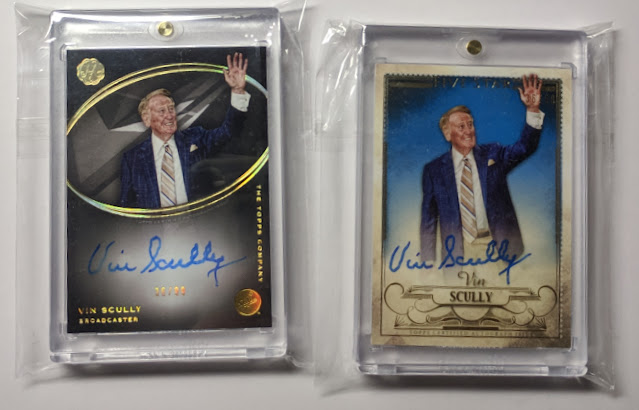 Here are my boys together. Same photo, but it's a nice one. Time to play "custom / not a custom"... here's the rest of my Vin Scully PC. Only the two rightmost cards are actual real cards. I really wish Vin would be included in more card sets these days. How has he never been included in Allen & Ginter?! He would fit in wonderfully with products like Topps Archives and Goodwin Champions too. We've got a living legend in our midst, and card companies aren't paying nearly enough attention. Autographs would be great, but hey, if he doesn't feel like spending his twilight years signing his name, that's fine too.. just a base card would be great.

Long live Vin Scully! Thanks for reading.
Posted by defgav at 4:02 PM