Back from another fun weekend at the Oregon coast. 2018's Wallet Card got a dip in the Pacific. And later this year, I'll be hitting the East Coast and hope to finally achieve my dream of having a wallet card of mine dipped in both the Pacific and Atlantic. Stay tuned. But yeah, those Upper Deck Masterpieces really suck up water since they aren't glossy.. LOL. But Wallet Gwynn is up for it. 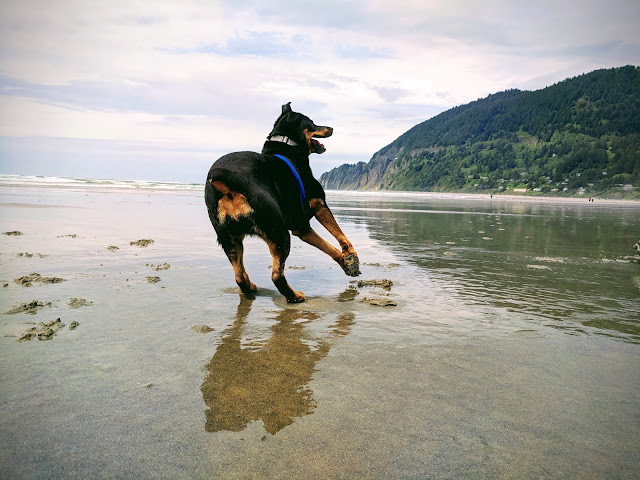 Annie had a blast. 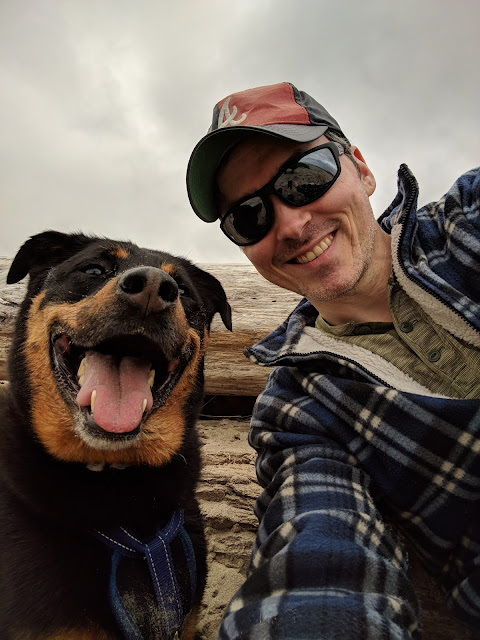 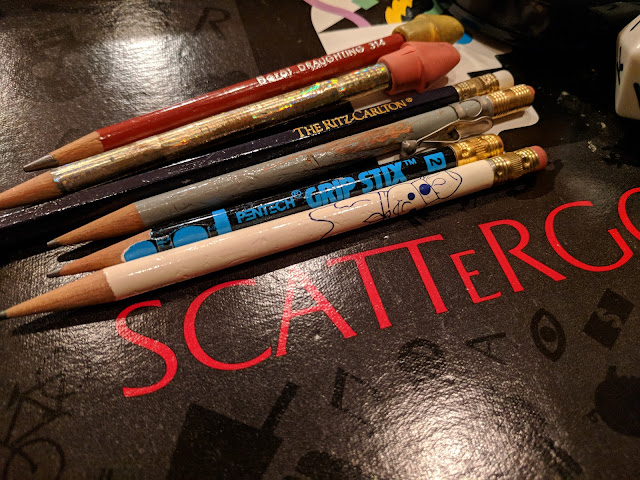 A family game of Scattergories made for a great time Friday night. Check out my pencil selection! I've got a refractor pencil. One with a weird metal clip. A Pentech® Grip Stix™. And best of all, a Pillsbury Doughboy pencil. That's the one I used. 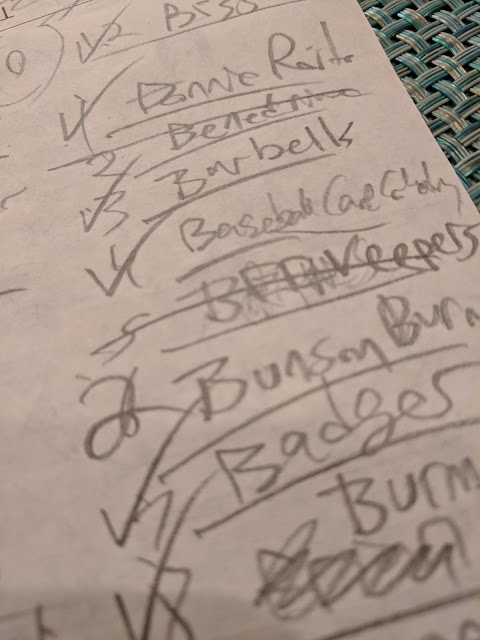 And not to brag, but I won the game! I figured "Baseball Card Collecting" for a hobby beginning with the letter B was worthy of including on the blog. 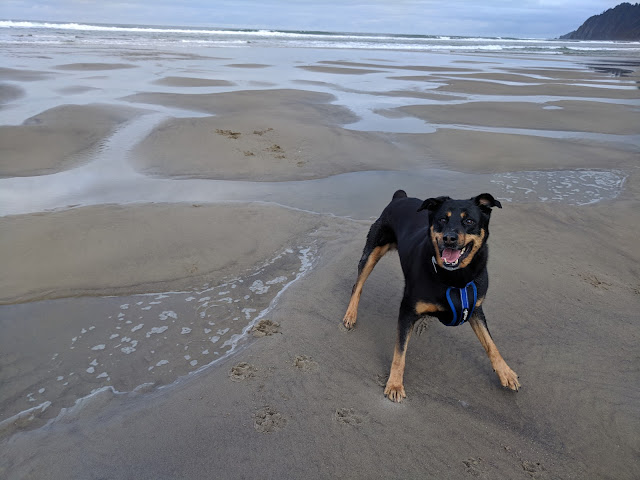 Did I mention Annie had a great time? 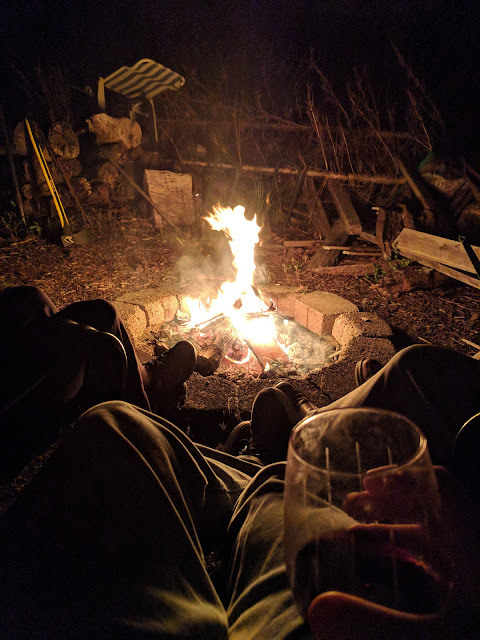 Saturday night was spent with S'mores and wine at the firepit. Good times. Always nice to take a break away from it all.

And speaking of taking a vacation. This card I'm showing today took quite the trip. I won it on eBay from a seller in Las Vegas. It then traveled down to Memphis (visiting Graceland maybe?), then way over to Puerto Rico(!!), which had me a little worried, before finally arriving up here in Portland a few days later. 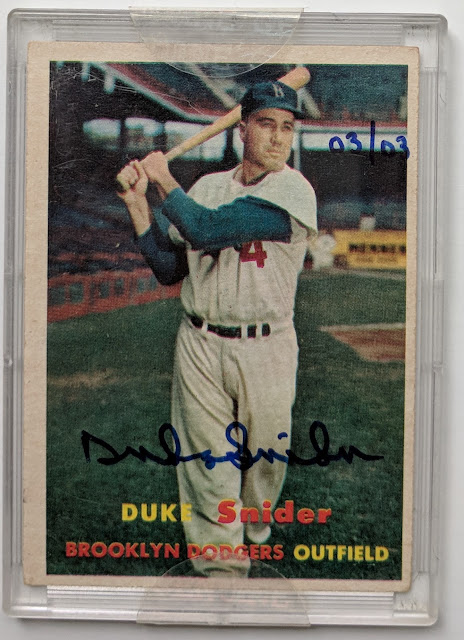 Boom! Buyback auto! This is a 1957 Topps card that got boughten back and was signed by Mr. Snider, numbered 03/03 and encased by Topps and put out in 2004 as part of "Topps Originals." 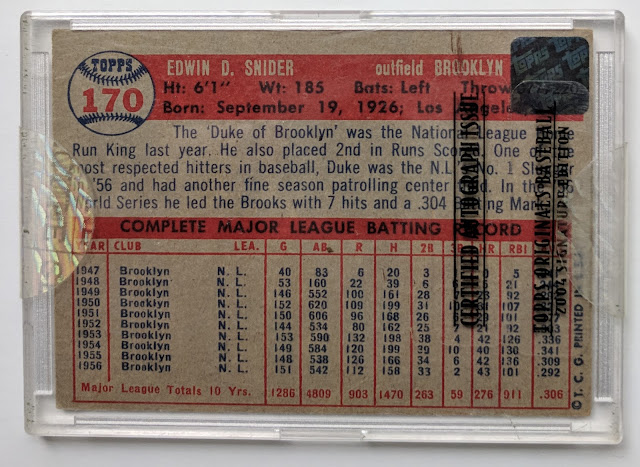 I know the thought is blasphemous to most of you set collectors out there, but I'm putting this in my 1957 Topps setbuild. Sure, it's "altered" but still, it's a '57 Topps card and I needed this #170 Duke Snider. So there ya go. "My collection, my rules." Buybacks, signed, creased to hell.. whatever.. all are welcomed with open arms into my '57 set.

The seller also had a similar Willie Mays '57 buyback auto, and I threw a hefty bid on it.. but ended up falling short. Oh well. At least I snagged The Duke here in his final Brooklyn card, inked up by the man himself.
Posted by defgav at 3:16 PM