Great haul for me from today's card show. Came home with a heavy backpack full of cards. I'm a little overwhelmed and not sure where to start. 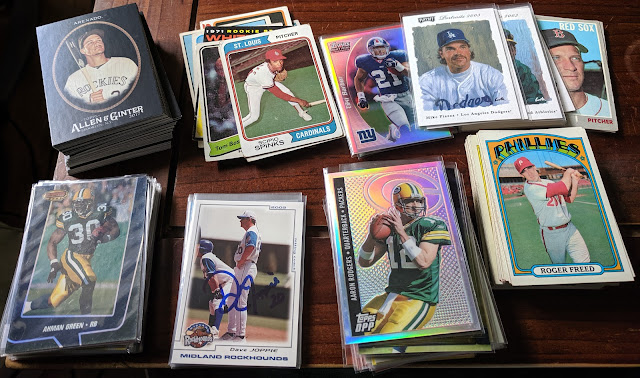 2017 Ginter X. I completed 2016 Ginter X (with SPs!), but never had much from 2017. There were surprisingly a bunch in the dimebox and I pulled out many guys I collect. 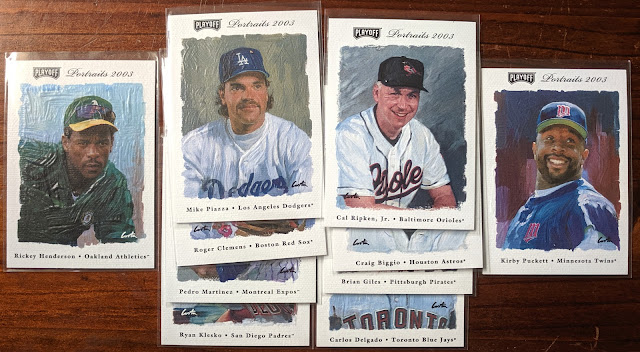 I don't recall seeing these 2003 Playoff Portraits before, but thought they were kinda cool. Textured as if painted. Again, picked out a few PC dudes. 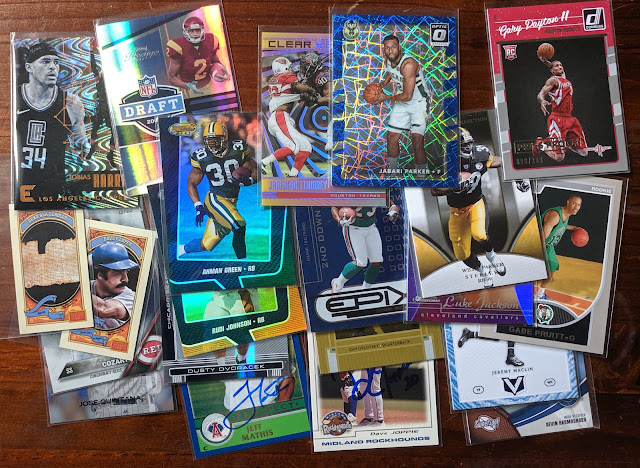 Trade fodder and various shiny cards that caught my eye just-cuz. For 10¢, it's hard to go wrong. There's a Steve Smith #/25 here that's over $10 on COMC, perhaps my best deal of the day.. it'll likely end up with ARPSmith the USC collector next time we trade. 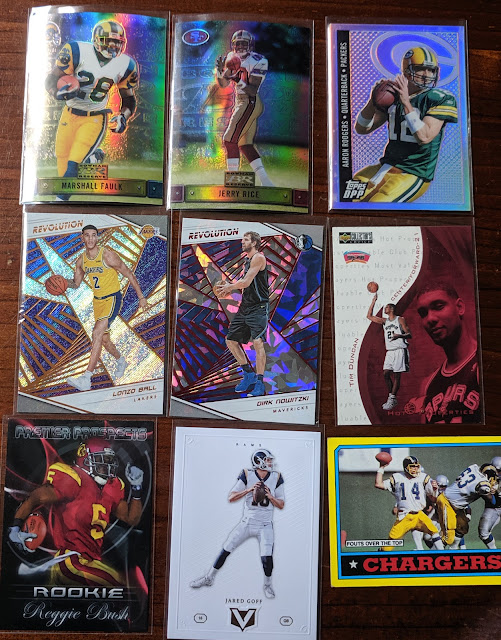 A few non-baseball keepers for me. 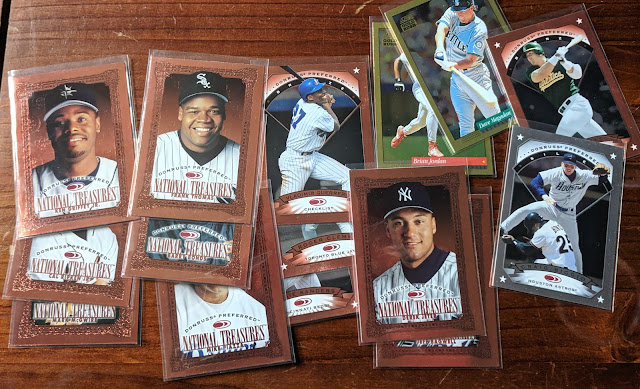 Check it out! On the left, that's the Reggie card I mentioned just last post that I was looking for! The one with the KC helmet.. I wonder if Topps shopped that or if it's a legit photo from his early Kansas City Athletics days. Anyhoo.. The cardboard gods smiled upon me. Glad I could score it for just a dime. Threw on a Yankees brother too.

More cards! One of the '64 Brooks "Cards Yo Mama Threw Out" reprints is the rarer "original back" version. The most expensive card I bought for myself today was a Harvey Haddix card that I'll show in a future post, but I figured I'd compliment it with a Golden Age card. (This dimebox dig was actually my last purchase of the day.) 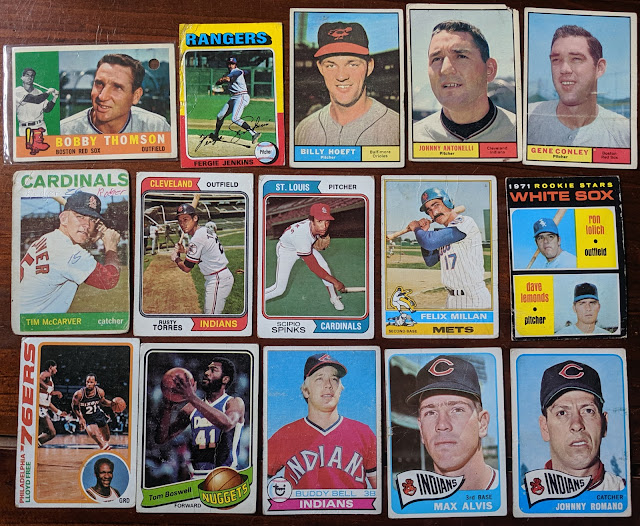 Off-condition vintage! Some of these are pretty rough, but again, they ran me less than 10 cents per. Maybe Bo will trade me for some of them if they don't stick in my collection. 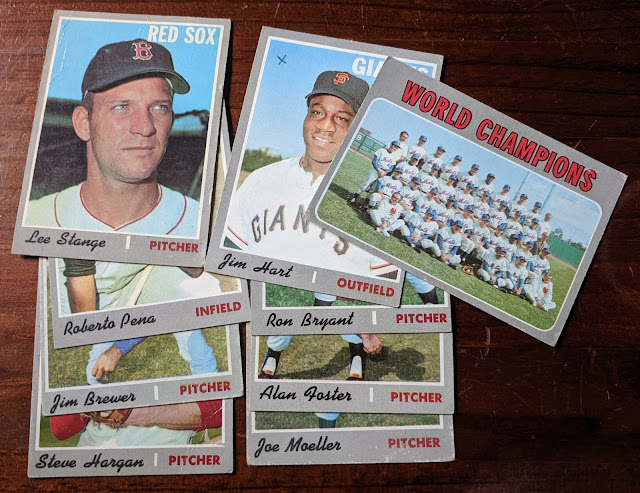 More poor condition vintage. (The Mets team card looks ok from the front, but has paper loss on the back.) Trying to get my 1970 Topps setbuild off the ground. 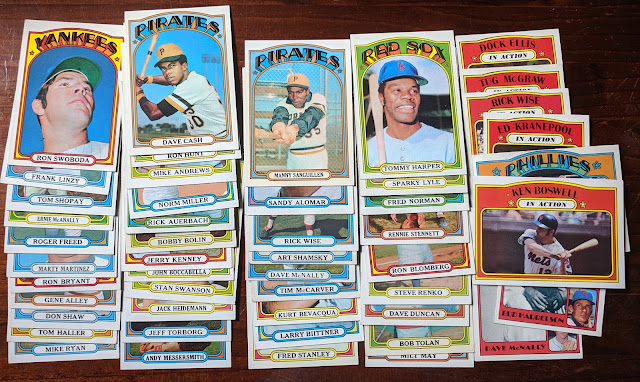 Finally, the biggest stack from my dimebox dig were all these '72 Toppses. Some of them look pretty darn good from the front, but they've got orange marker on a corner on the back, from some kid (or parent) back in the 70s trying to keep track of the cards. But whatever, I'm not too picky and they'll make fine placeholders in the 1972 set I'm slowly starting to work on.

So there you go. Good use of a $20. "Better than a blaster" as the kids say. That's all for this post. Still plenty more from my card show haul to show off in forthcoming posts. Thanks for stopping by!
Posted by defgav at 3:56 PM