Got to meet up with Padrographs Rod at the last card show. He graciously hooked me up with a whole bunch of cards, partially as a prize in a recent multi-winner contest he ran. 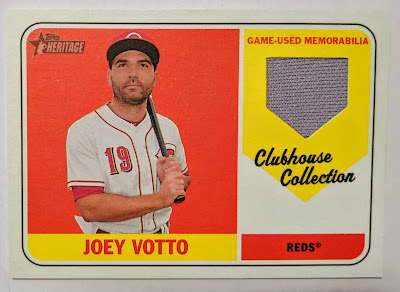 I picked this Votto relic out of the available prizes Rod had still available when my turn came up. Joey's been having an off year, but I still think he's pretty cool and hope he rebounds. 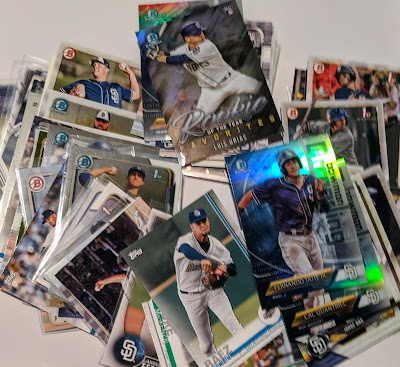 I can always count on any box from Rod to include a bunch of Padre prospects. Got the likes of Tatis Jr and Luis Urias in here. 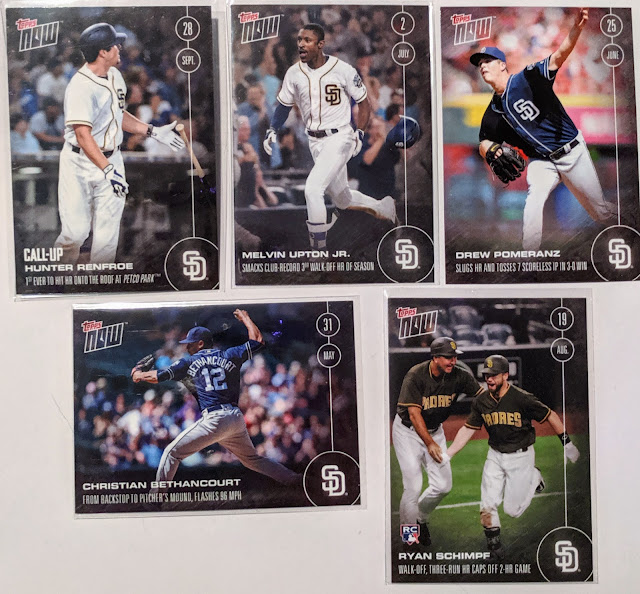 Wow, five Topps Now cards! Since these things run a few bucks each, it's always a treat to be surprised by one in a blind card package, much less five.

Hey, speaking of 5, it's my 5th wedding anniversary! Go me and my wife! 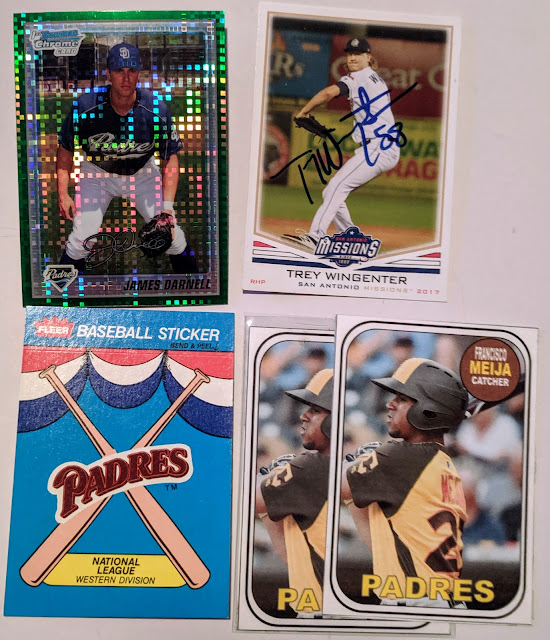 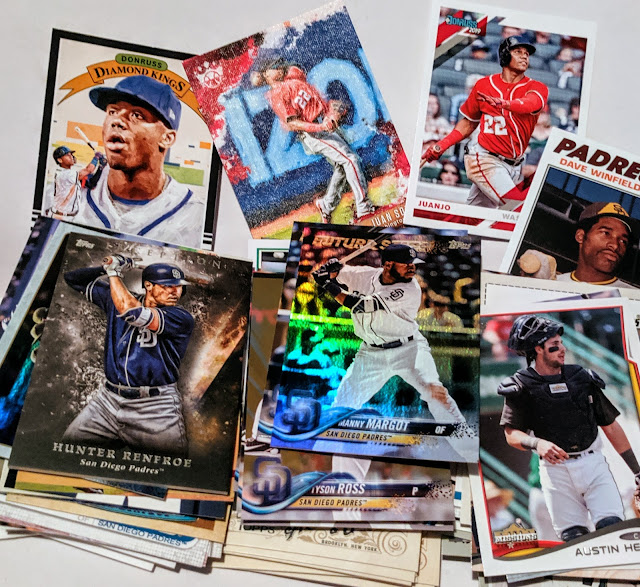 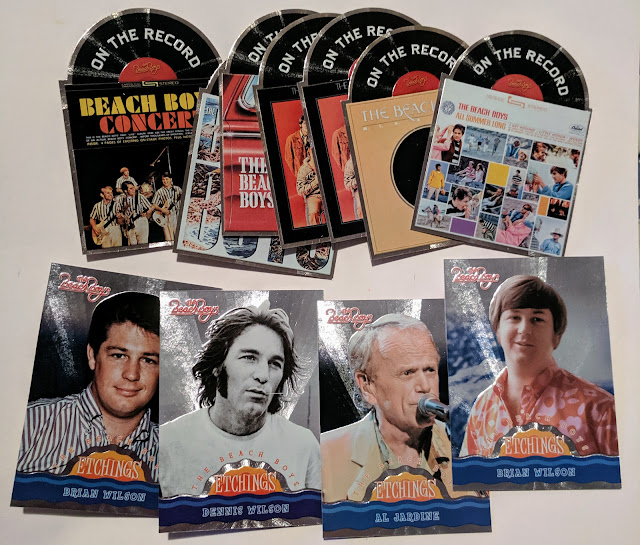 I've got a gathering of Panini Beach Boys cards that could be considered in the loosest sense of the term to be a "complete set" but I'm always happy to throw some insert needs into the mix to bolster it up a bit, and these "On the Record" and "Etchings" inserts are probably the most interesting of the non-hit inserts in that product, so I was happy to find them in the box. 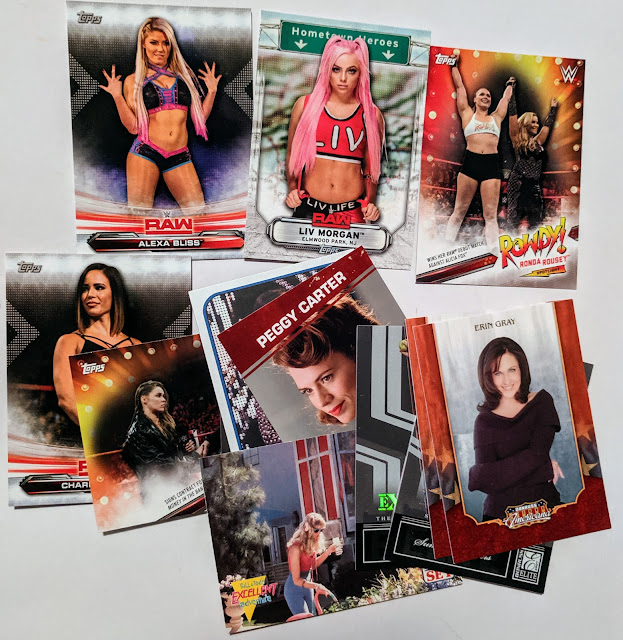 Rod is also usually good for a few pretty ladies in his lots for me. 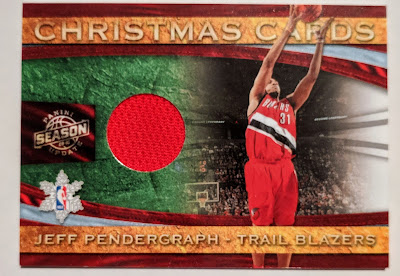 Both myself and Bo were bestowed with copies of this same Jeff Pendergraph card by Rod recently, each #'d /499. Ha, I won't reject a Blazers hit, though for the record, I don't collect Christmas-themed cards other than 12/25 and 12/24 serial-numbered cards.

SPEAKING OF BASKETBALL!!!!!
Thanks to a recent Fuji post, I just recently learned that Kawhi Leonard attended my alma mater SDSU. It kinda blew my mind. I must admit that I don't really follow college sports, and even blocked the words "SDSU" and "Aztecs" from my Twitter feed (which must be why I didn't know). But that said, I do collect a handful of notable players who go onto greatness as fellow San Diego State alumni, and after the Raptors magical, improbable run this year, I think I need to add Kawhi to the short list of NBA guys I collect. So to all my trader buddies who do basketball cards (ie, Billy, Kerry, Doug), please consider me an outlet option for all you excess Kawhi cards. Thank you. 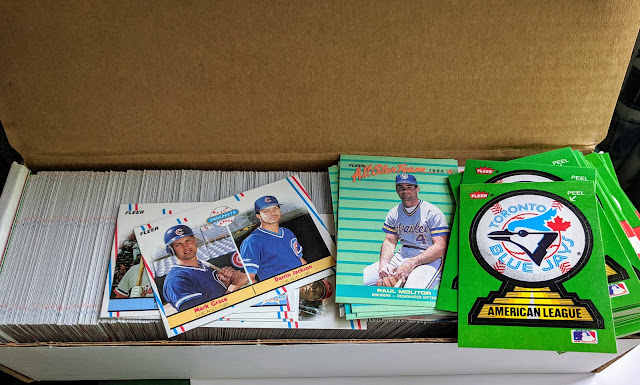 Rod also hooked me up with a near complete set of 1988 Fleer. It's a "want" as part of a long-term goal of mine to go for a run of flagship from that period. It's missing 100 or so cards, which are now listed on my wantlist. The bunkwax (sic) truth is that this set can be bought for $10-15 shipped on eBay and it'll likely cost me more than that (just in postage) to round up the remaining 100ish cards for this set. Oh the cruel irony of the overproduction era haunting the hobby even still. But I don't mean to complain. This partial set includes plenty of the best cards, including the Mark Grace RC, a card I coveted as a kid in the early 90s. 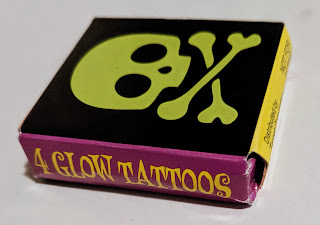 Rod took note of my love of glow in the dark stuff and included a small box of glowing temporary tattoos. 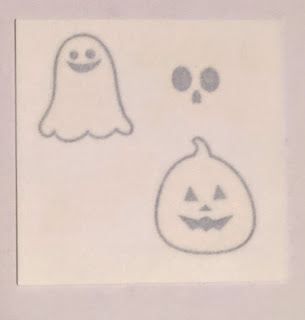 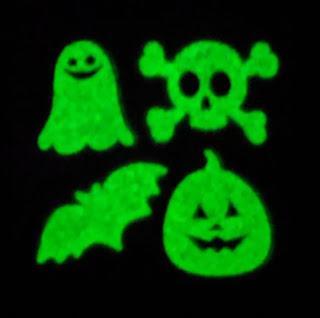 Here they are in action. Cool! 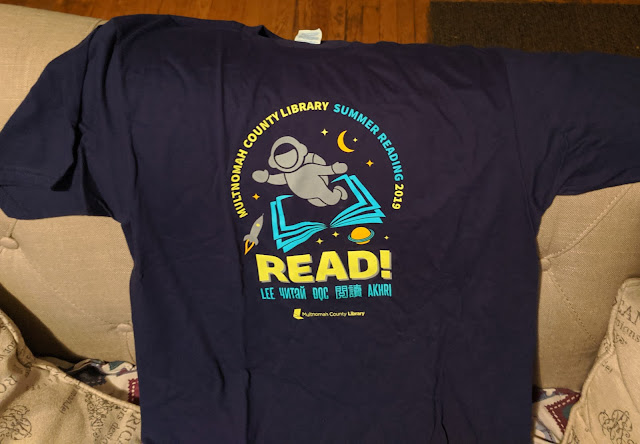 He also gave me a shirt, which seemed a little strange at first. But it's a shirt from the library system he works for, and as far as my personal interest in it.. 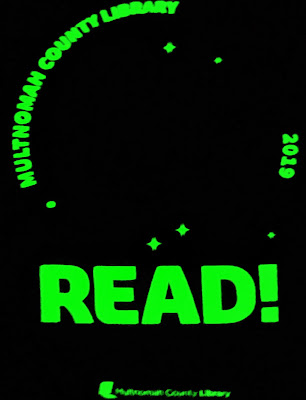 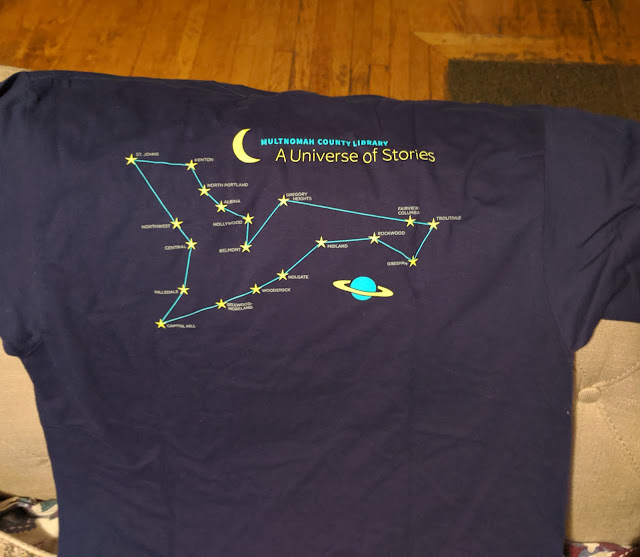 The back side too. 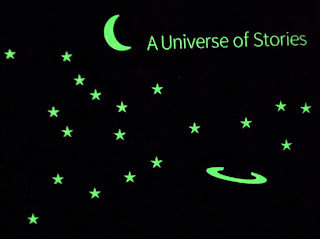 I'm currently undecided if I'll rock this shirt from time to time, or just file it away as a collectable, but either way, big thanks to Rod for thinking of me and scoring me one of these.

I'm not a big reader, I must admit, though coincidentally I did receive a new book today which I'll feature in a future post (it's autographed). The current book I'm reading is on my phone-- the SABR Nuclear Powered Baseball collection, which is basically just the SABR bios for all the players featured (and pre-war players referenced) in the Homer At The Bat episode of the Simpsons. I'm currently in the middle of Harry Hooper's entry. I typically read a few pages while riding on the Max most mornings. Before that I read Ball Four.

Again, my gratitude to Rod for the cards n' such. Always great to see him, and I appreciate all the neat stuff he gifts me.
Posted by defgav at 11:33 PM